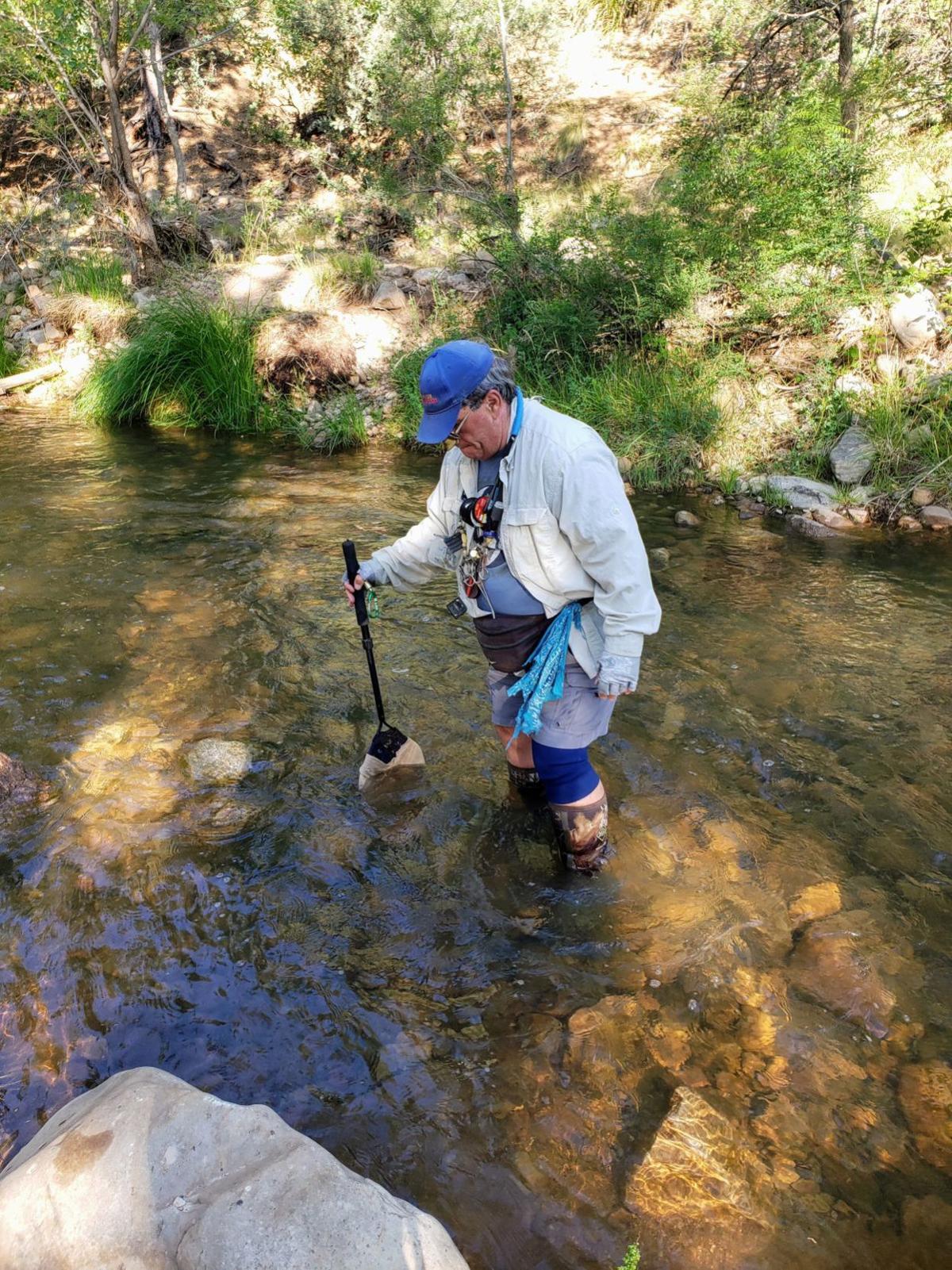 The net is pointed slightly downstream while I kick the rocks in front of the net to dislodge bugs. 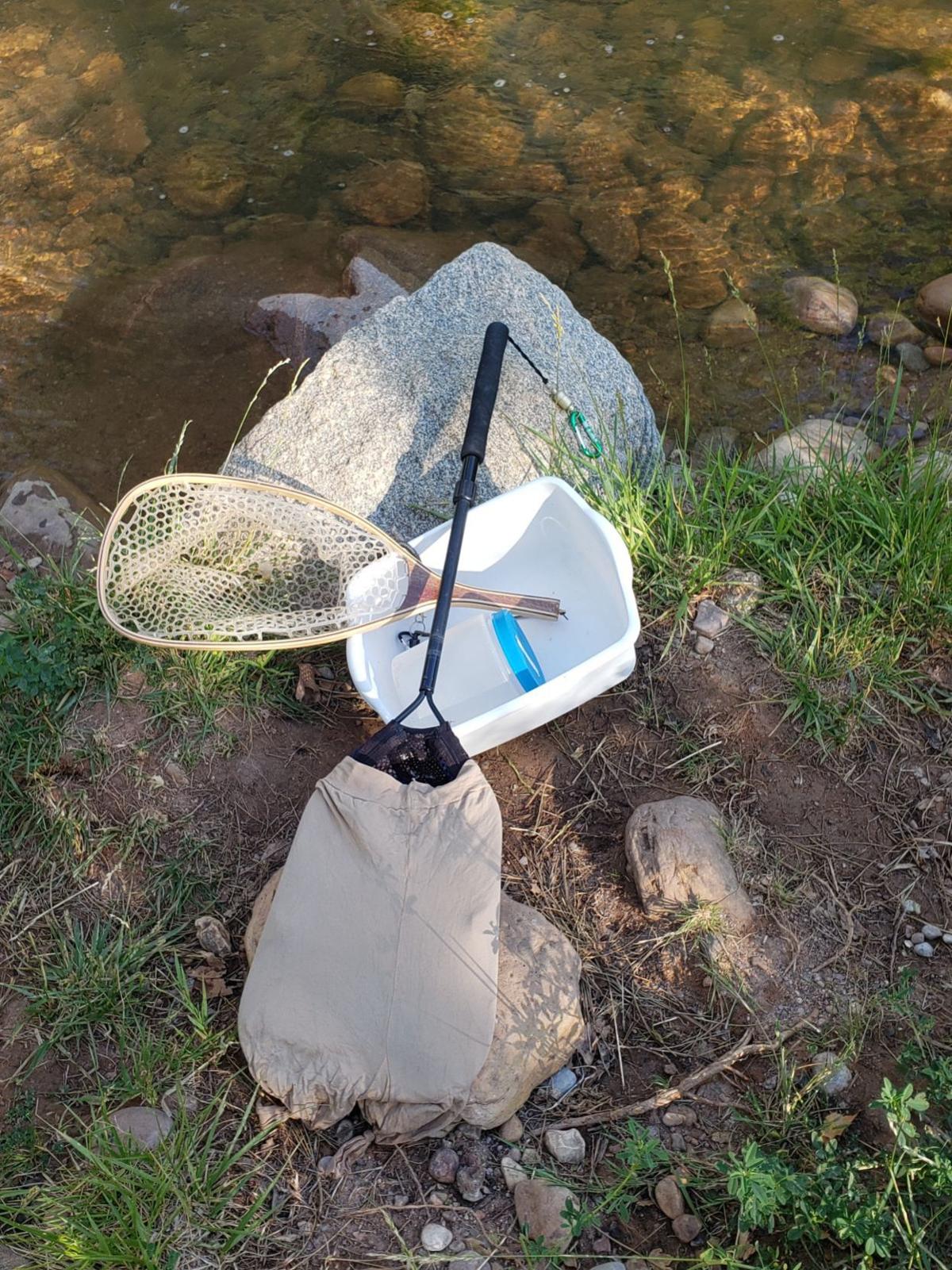 Everything needed to investigate bug movement to imitate with you fly presentation. 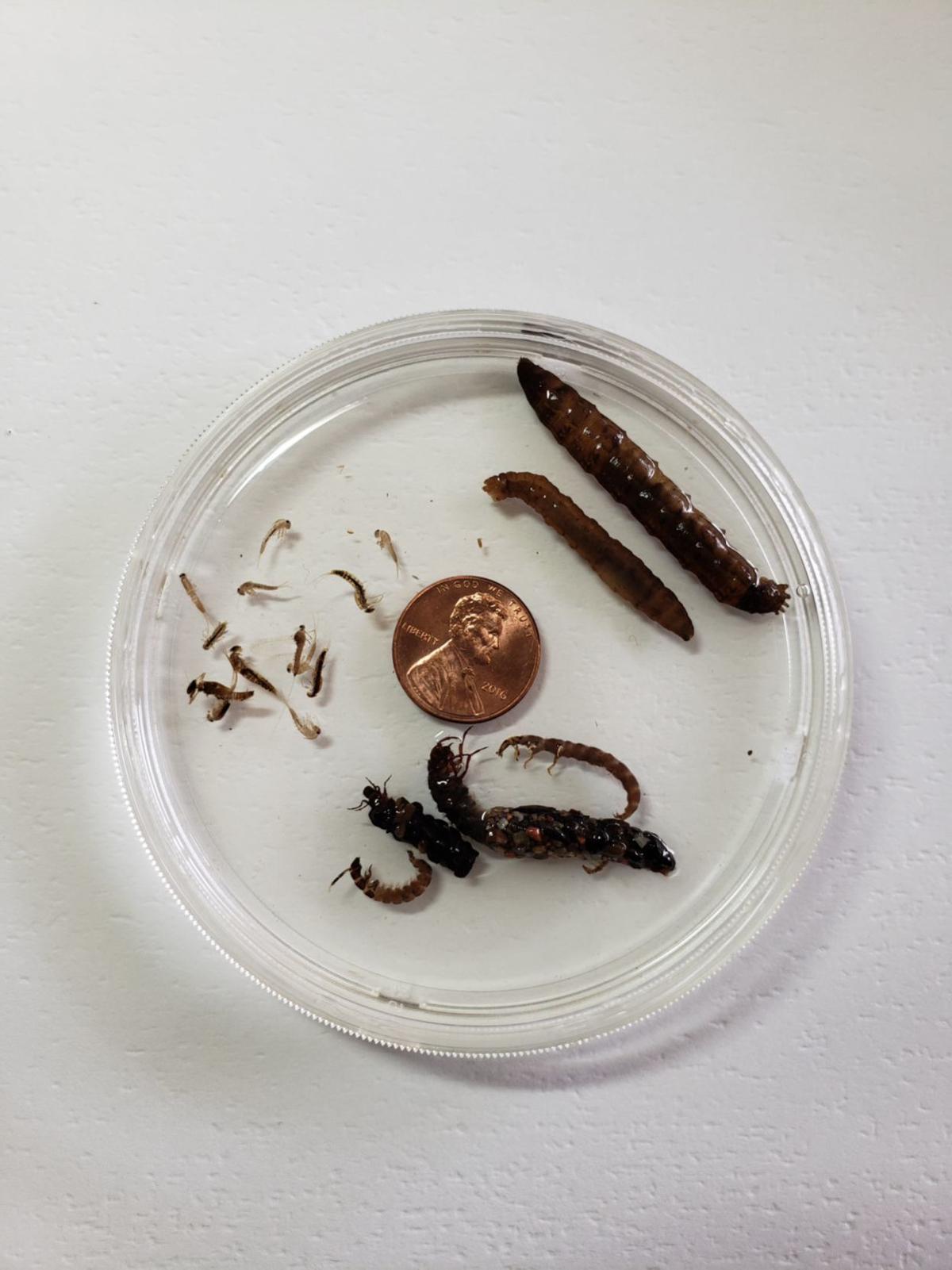 The net is pointed slightly downstream while I kick the rocks in front of the net to dislodge bugs.

Everything needed to investigate bug movement to imitate with you fly presentation.

Fly fishers use the phrase “match the hatch” to describe our efforts to select a fly that is the same color, shape, and size as the natural “bug” that we are trying to imitate. Often we are trying to mimic the adult phase of aquatic insects that are on the surface of the water. Catching a fish on a dry fly that you fooled into thinking it is a natural bug is a lot of fun.

This same strategy is very important when imitating the aquatic phases of the insects too. In fact, I do most of my fishing with flies below the surface. While I love to catch fish slurping flies from the surface, the life cycle of these aquatic insects makes the time that bugs will be on the surface very limited, so I am much more of a wet fly fisher.

Mayflies, one of the most important aquatic insects to fish and fly fishers, demonstrate the lengthy aquatic stages of these bugs. Once the egg is laid in the water, the aquatic nymph goes through several instars while remaining underwater for about a year. Each progressive instar is simply a larger version of the previous one.

Finally, the nymph changes, often with a struggle as it tries to break the water surface, into an adult called a dun. The dun then changes one more time to what is referred to as a spinner. The spinners are the reproducing males and females. They have no mouthparts and the total time as both a dun and a spinner lasts about 24-48 hours.

So a mayfly nymph is in the water in front of fish for a full year, while the adult stage is mostly available to the fish once it turns into a spinner and either is laying eggs on the water, or as it dies and lands on the water.

There are many different types of aquatic insects in streams and lakes with similar life stages that fly fishers spend a great deal of time trying to imitate. What is often missing in the imitation is the action that mimics how these aquatic insects move in the water. By studying these bugs in a white dishpan along a creek, you can begin to incorporate their movement into your presentation to the fish.

Most fly fishers have taken some time to turn over rocks in a riffle to get a sense of the types of bugs in the creek, their size, shape, and color. That is a great start, but I suggest that you extend your investigation a bit further to learn how the insects move in the water.

There is an easy way that will give you helpful information to mimic bug movement the next time you tie on a fly. It requires a typical landing net, a large empty jug, a white dishpan, and some cut-off pantyhose. Believe it or not, I often have all of these thing in my car.

Although I know how the bugs move, these tools are a great form of entertainment for my grandkids. When we go to a creek, they love finding aquatic insects and crayfish that are easily caught using this equipment.

In a riffle section of the creek where aquatic insects are more common, tilt your pantyhose covered landing net with the bottom of the net on the streambed and the handle angled slightly downstream. Then move the rocks by hand or with your feet just upstream of the net. That will dislodge bugs from the rocks and cause them to drift into your net.

Once they are in your net, take them over to shore and turn the net so that it is bug-side down. Pour a jug of creek water through the net into the dishpan. The bugs that were crawling on the net will now swim freely in the white dishpan.

Mayfly nymphs swim differently than caddisfly larvae. Damselfly nymphs swim like a minnow, while dragonfly nymphs crawl a lot or use a sort of jet propulsion to move in spurts. While crane fly larvae look and move like thick aquatic worms.

Once you have seen these bugs move, you will have a better idea of how to imitate them with your flies. A common approach to wet fly fishing is to cast your fly upstream under an indicator, and try to have it drift without drag down through the current. While this works, adding a bit more movement provides the illusion that your artificial fly is the real thing.

Several aquatic insects that are ready to shift from their water phase to the adult flying phase have to come to the surface to make the transformation. They often do that in quick darts to the surface that are sometimes obstructed by the surface film. If they can’t break through, they will often drift back down and try again a few seconds later. That is what I try to imitate when I am fishing. Very often, I get a strike during that pause, when the fly seems most vulnerable.

Try adding movement to your fly presentation the next time you are at the stream or lake. I think it will help you catch more fish.