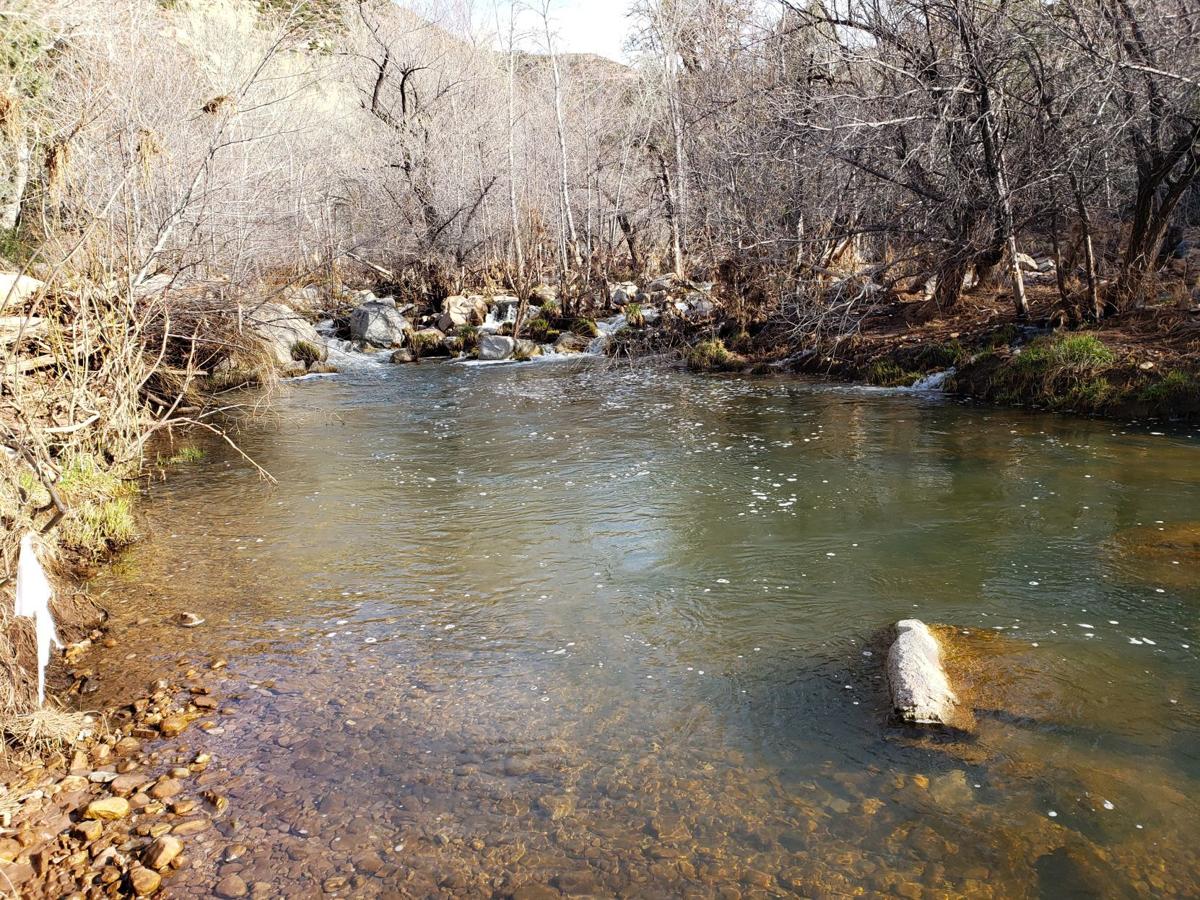 High water (left) and low water (right) fishing conditions at Water Wheel require anglers to take varying approaches. Instead of walking straight up to low water pools, stand back several feet and scan for areas where fish might be hiding. 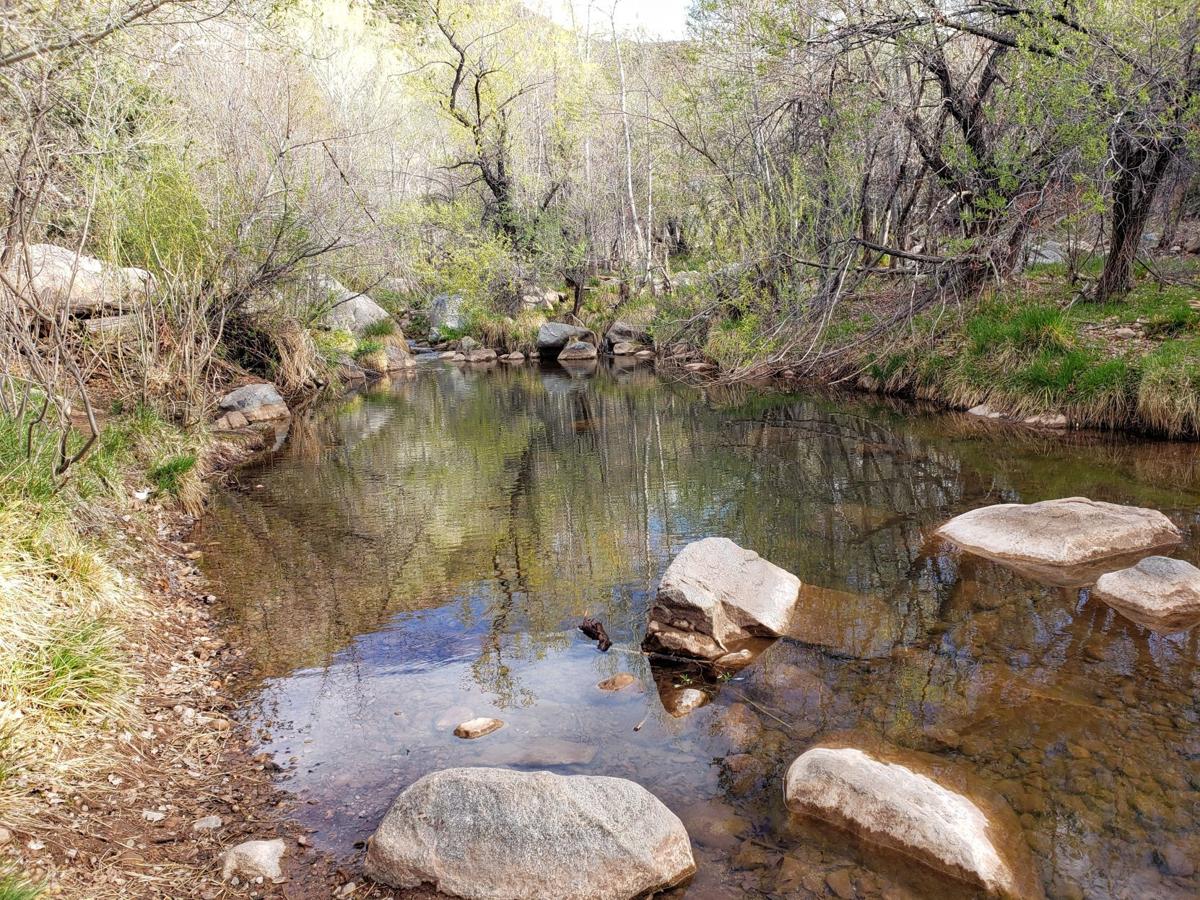 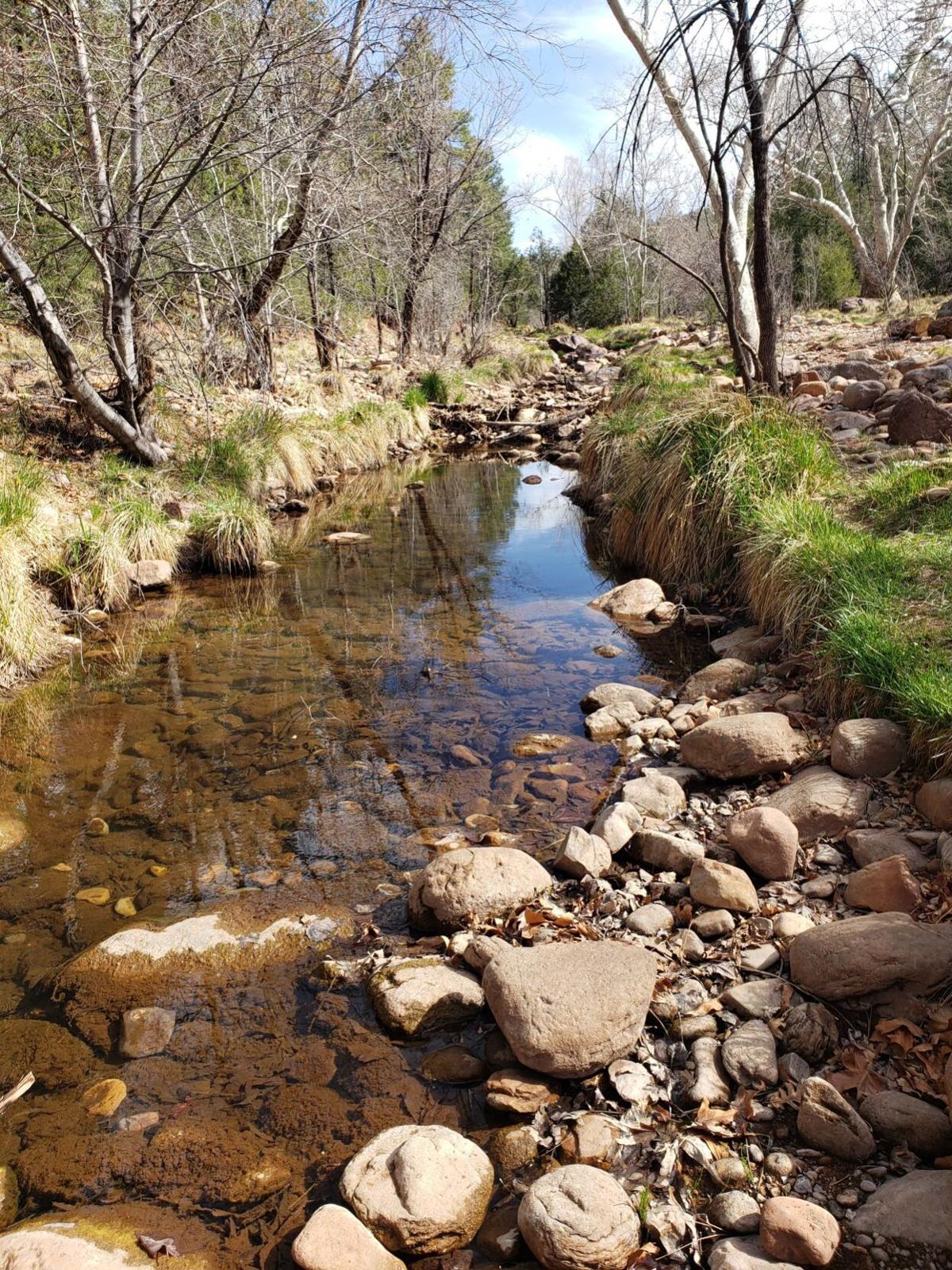 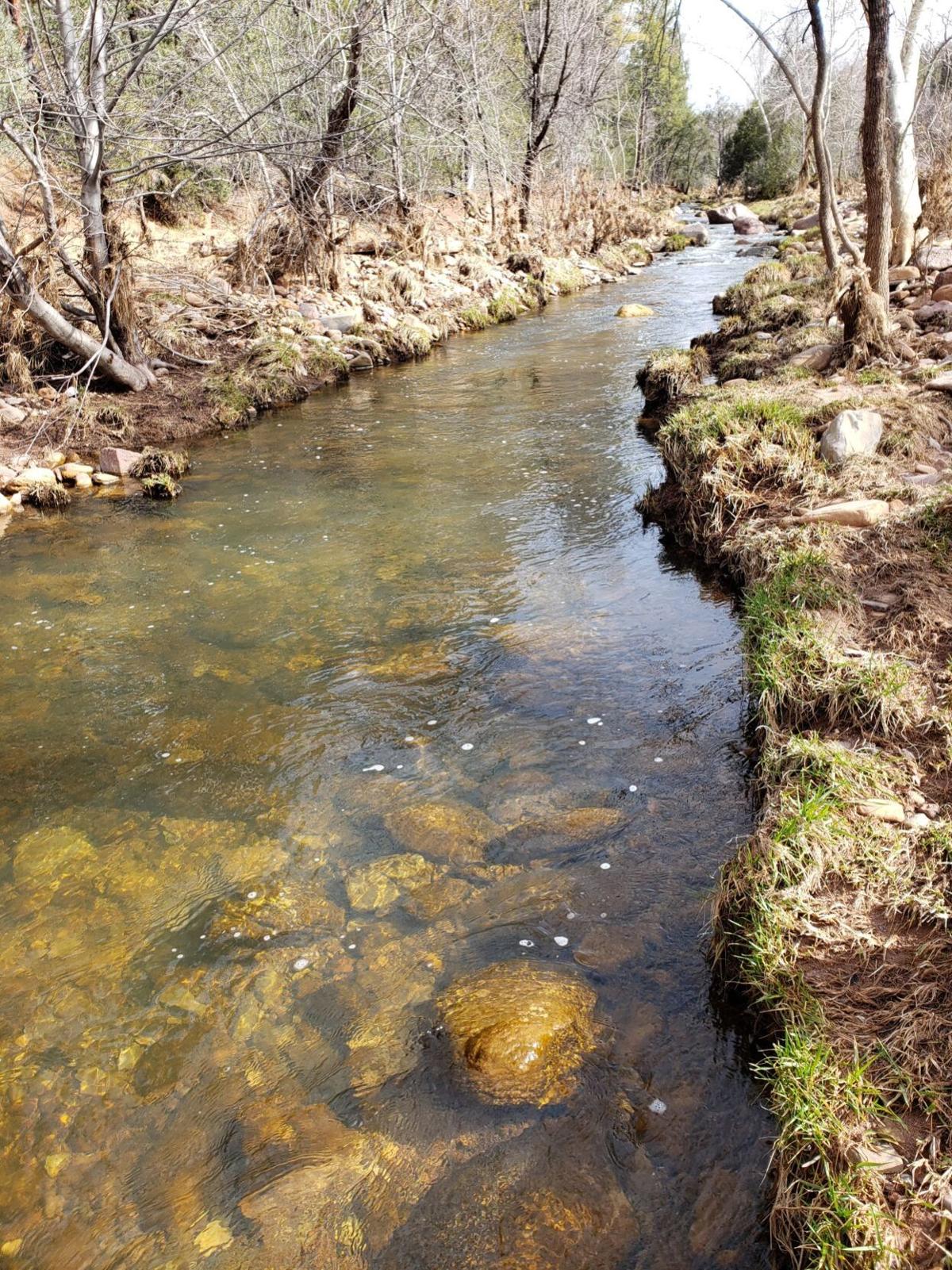 High and low (below) water fishing conditions at Second Crossing.

High water (left) and low water (right) fishing conditions at Water Wheel require anglers to take varying approaches. Instead of walking straight up to low water pools, stand back several feet and scan for areas where fish might be hiding.

High and low (below) water fishing conditions at Second Crossing.

Shoveling snow after a big storm is a lot of work, but I am always happy to do it because I know big snows are critical to recharging our lakes and streams.

Last summer was a tough year for all the Rim Country streams, except for the East Verde River, which is primarily fed by a pipeline coming from the C.C Cragin Reservoir.

Last year, the East Verde ran at a very strong flow for a good portion of the year because the reservoir had quite a bit of water in it. With minimal snowfall this past winter, the reservoir is only about 21% full. If there is a release from the reservoir this year, it is likely to be for about a six-week duration, and will only provide a temporary decent flow for just one of the Rim Country streams.

Winters with significant snowmelt normally provide great winter fishing opportunities. On Tonto Creek, below Horton Creek, for example, these heavier flows wash down wild brown trout into Tonto Creek from Horton Creek. The holdover rainbows from summer stockings in Tonto have a bonanza of food that the swollen creek provides as it dislodges aquatic insects and worms that live along the stream edges. The fish I catch during these winter flows are always quite chunky and lively.

I thought that the two-foot snow we had this winter would have provided such a fishing experience. When I visited Tonto Creek a couple times after the snow, instead of having a surplus of snowmelt runoff that would cause the lower section of Horton Creek, which is normally dry, to flow above ground for the last half mile or so and deliver brown trout to Tonto Creek, the confluence remained dry. The water level in Tonto Creek was largely unchanged too, as the snowmelt had seeped directly into the ground rather than run into the creek.

The snow that fell on the Rim from this storm, will likely provide some relief for the streams below as it slowly seeps through the rock layers to the springs that feed the creeks, but it does not look like it will have a significant impact as the parched ground and thirsty trees and bushes on the Rim take their share of the water before it reaches the springs at the bottom of the Rim.

As someone who prefers to fish streams, I am preparing for a tough year of fishing. Already, the streams seem to be flowing at the mid-summer levels of last year. These conditions impact the ability of the Arizona Game and Fish Department hatchery folks to find pools deep enough to stock trout in these streams.

Trout will be much more restricted in their movement throughout the creek, which would seem to make fishing easier in some ways, as the fish will more likely be found in the deepest pools available.

I really enjoy fishing the stretches of faster water between pools, and with minimal flow in those sections already, that does not bode well for the summer. Even in the remaining pools, the water will be clear and shallower than normal. That requires a much stealthier approach to fishing, as the trout are more skittish under these conditions.

Stealthy fishing involves a bit of strategy as you approach the stream. Instead of walking right up to a pool, take a more careful approach. Stand back several feet from the water and survey the pool for movement of trout, and scan where they are likely to be resting. While the deeper sections of the pool certainly might hold fish, there could be others that are near shore tucked next to rocks or at the tail of the pool taking advantage of the faster current bringing food to them while they remain positioned under an overhanging branch.

Even your shadow has a big impact on trout under shallow, clear water conditions. Be sure that you keep your shadow off the creek, and move slowly as you scan the water. I focus on making a cast that lands as lightly as possible on the water to avoid spooking the fish. For fly fishers, that means a dry fly or unweighted wet fly would be good options. For bait fishers, an unweighted worm, or adding minimal split shot to allow a cast would work best. My fly casts often end up being longer under these conditions as well. I don’t want to take a chance of being spotted, so I gamble that I can deliver a longer cast that will land lightly. Low, clear water also puts a premium on being able to make those casts without a false cast.

When your line is in the air during false casts, it has a greater chance of spooking a fish or catching an overhanging branch instead of enticing a fish to strike.

Early morning and late afternoon provide more shade for the trout, and make them more comfortable moving about and feeding. I certainly plan on being out on the streams then. I am worried that the next several months will result in even drier conditions. The lack of snowmelt and the prospects of little rain this summer could very well result in early forest closures and no access to the creeks and lakes. Don’t wait to get out and enjoy fishing in our forests while you can.