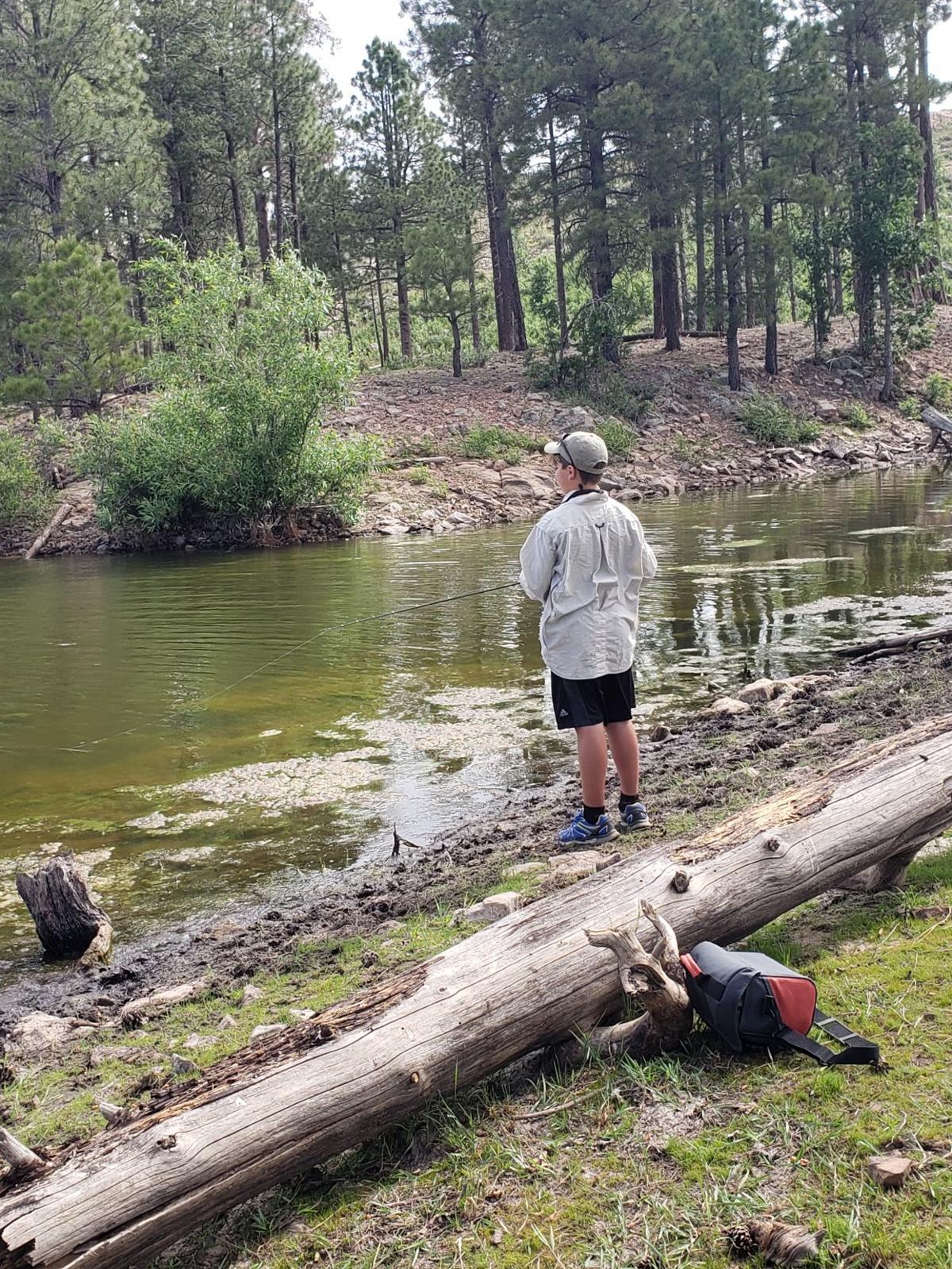 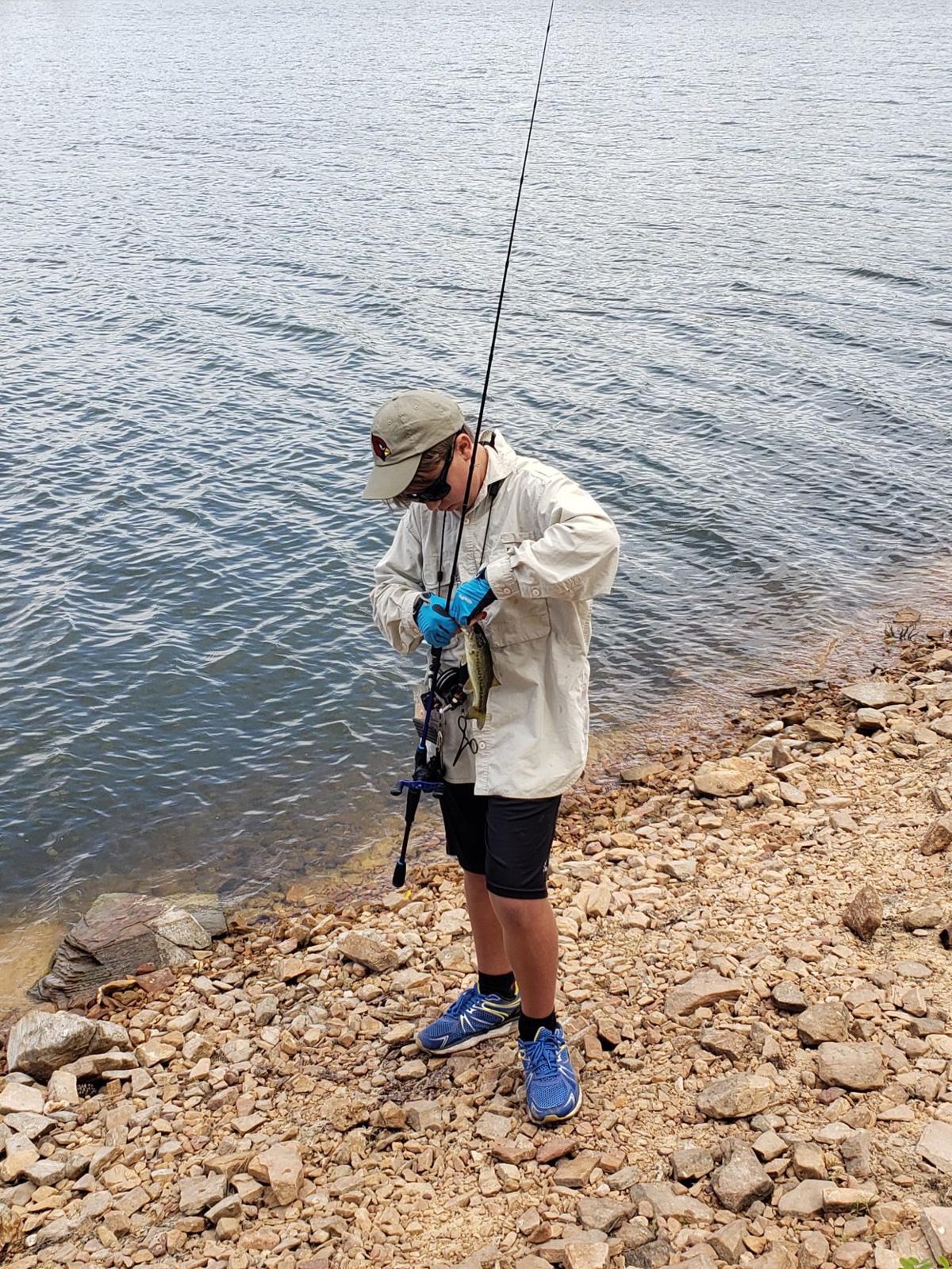 I’ve been fishing a long time. One of the continuing joys of fishing for me is remembering events from my childhood of unusual catches or strange events that happened while fishing.

In my mind, I can still walk down my home stream as a kid and recall particular catches from long ago. Those experiences taught me a great deal about fishing that I have continued to build on every time I get on the water.

My older grandsons had a recent visit that I am sure will become that sort of memory for them. It started with a seemingly simple request. “Papa will you put fishing line on our new bait-casting rods and show us how to cast them?”

A pretty tall order for a guy who hasn’t thrown a bait-caster in close to 10 years and never felt all that comfortable with it compared to a fly rod. Grandparents do all they can to keep grandkids happy, so we planned for them to spend the visit bass fishing with bait-casters.

That is a bit of an overstatement on a couple counts. I showed them how to cast with their bait-casters and how to minimize backlashes. On the first session at Green Valley Lake (GVL), they did very well and got their baits out in the water pretty far with very few backlashes. Their next session later that day at GVL took them leaps and bounds above their first session and they were really winging their baits! They had almost no tangles either. I stuck with my fly rod after the initial lesson. The kids were already better than me!

The next day we went to Willow Springs Lake. Owen has had some experience with a spinning rod and had decided to take mine along and his new bait-caster so that he could alternate between options if a fish snubbed one bait and he wanted to give it a look at another bait quickly.

As we walked around the lake, the boys changed lures a couple times and at one spot, they both ended up tying on buzz baits. There is nothing more thrilling than a big fish hitting a lure on the surface. I think they both were hoping for something to just pound that bait as it buzzed across the surface so enticingly. I kept fly fishing.

Again, both boys were getting their baits well out into the lake when Ayden called over to me that he had lost the top half of his rod. That is an occasional annoyance that I have experienced from time to time with my fly rod, but it never is a problem because you simply reel in the line and the hook catches the rod tip and you just put it back together and try to remember to check that the rod sections are tight a bit more often.

Well, he had not only lost his rod tip, but also his buzz bait and several feet of line. The best we can figure is that on the second day of owning his bait-caster he must have had a deep line tangle in his reel that broke with that cast and everything went sailing into the middle of the lake.

He handled it extremely well. He knew that there wasn’t anything that could be done. I assured him that we would figure out a replacement plan as soon as we could. In the meantime, he got his first lesson on a spinning rod. That was more than he could take that morning, so shifted to the fly rod, which he knows how to use really well. He joined me in catching a lot of green sunfish on our fly rods, while Owen kept at it with the bait-caster, but never hooked into one at Willow Springs Lake.

That evening, Owen decided he wanted to catch some fish for a change even if they were bluegills, so he got out his fly rod and we fished the west end of Green Valley Lake. We were doing great, and he was out-fishing me as usual. As it got darker, he noticed a guy that he had seen at Walmart buying a new bait-caster when we bought the fishing line and some other baits to supplement what I was giving them.

As this angler approached our corner of the lake, he cast his popper in an area that we had just fished and promptly hooked a three-pound bass. Owen was in total disbelief. In his mind, the fisherman had been fishing for maybe 10 minutes, while he had been working hard for two days to catch a bass.

Owen went over to congratulate him and check out what that popper looked like. When we left the lake that evening, we bought a few of those poppers at Walmart.

The next day we were at Black Canyon Lake and Owen pulled in six bass with the popper on his bait-caster. Now he wanted a GVL bass. As we were finishing up at the lake that evening, I noticed what had to be a bass cornering a sunfish along the wall. I suggested that Owen cast right along the wall and bring it back past that spot. As he was pulling the popper out of the water to make another cast, the bass hit. It wasn’t a giant, but sure made Owen happy.

Ayden was still hoping for a big bass, so when we went back to Willow Springs Lake the next day. I suggested that he tie on the same bass popper on his spin-cast rod. He was thrilled to pull in a smallmouth bass.

This new interest has opened up a new chapter for their fishing, and also provides me with an opportunity to teach them about fishing strategies in bigger lakes. We’ll get to talk about drop-offs, weed patches, casting lanes, ambush points for fish, various lure retrieves and so much more.