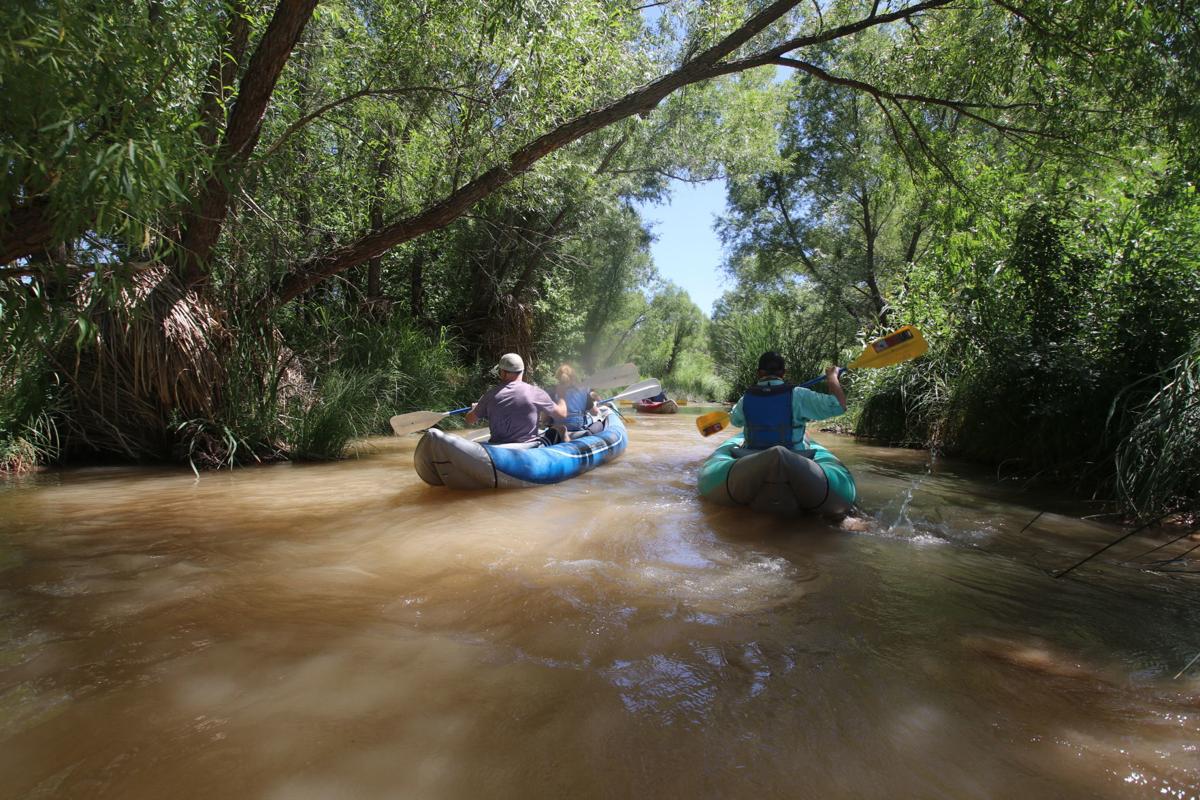 The Water to Wine tour starts out in the embrace of the Verde River. 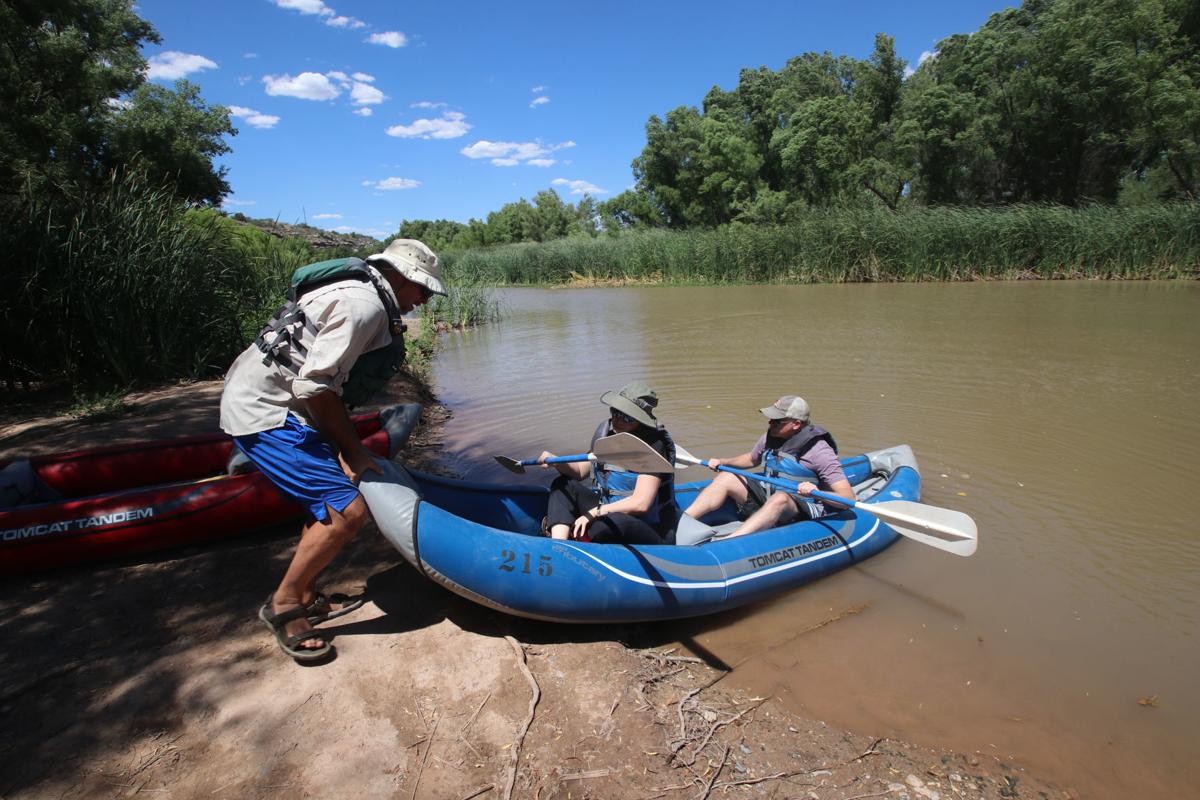 Water to Wine Tour guide Sebastian pushing Kristie Hight and Chris Elliott from Tucson into the Verde. The kayak company, Verde Adventures, provides everything but the muscle on the Water to Wine Adventure. Just show up with clothes and shoes you don’t mind getting wet. Don’t forget the hat!

A gentle paddle down the Verde River to warm up to wine tasting. 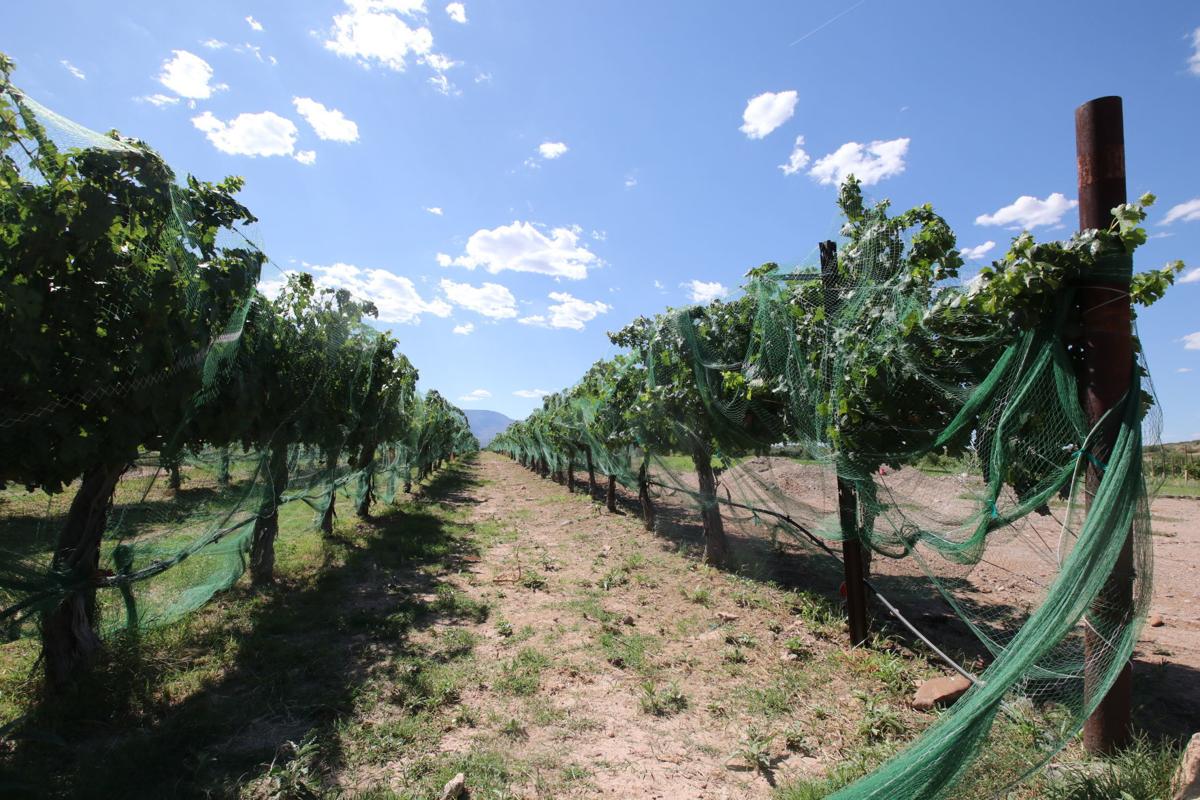 After pulling out of the river, the trip ends with a walk through the Alcantara Vineyards. They hope to harvest in the next few weeks. 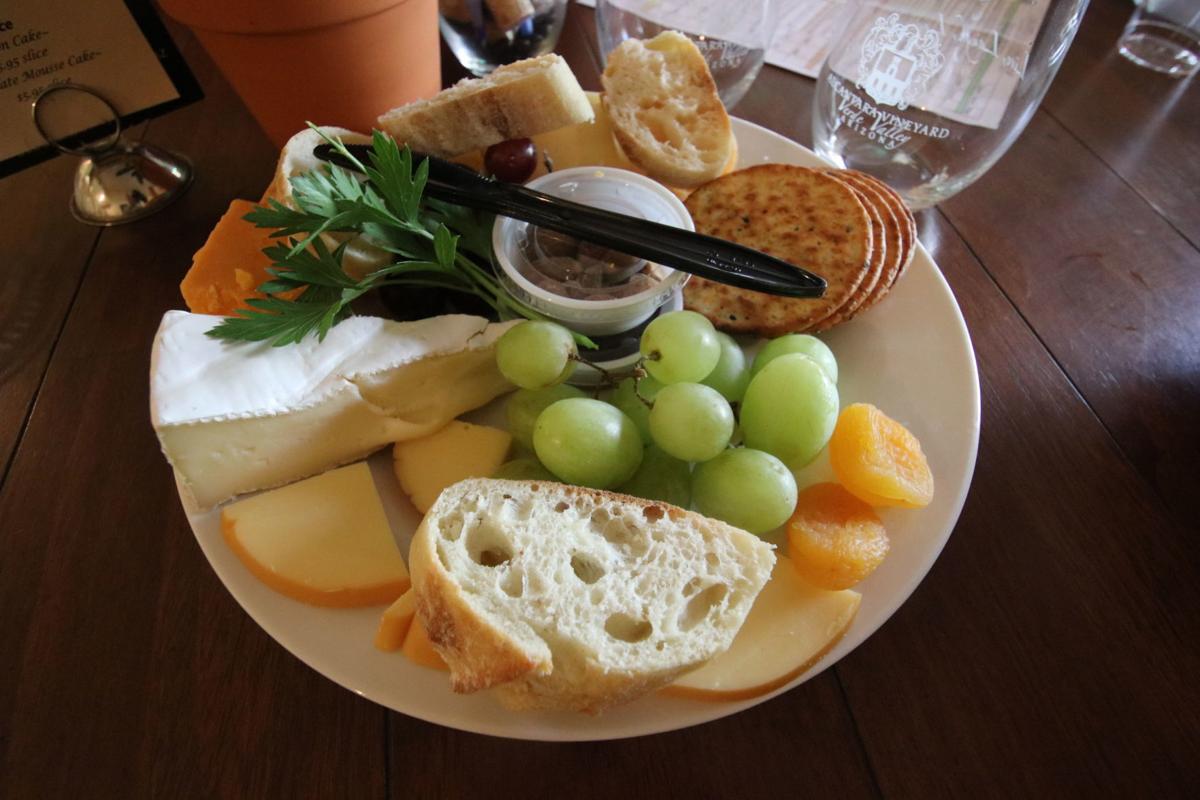 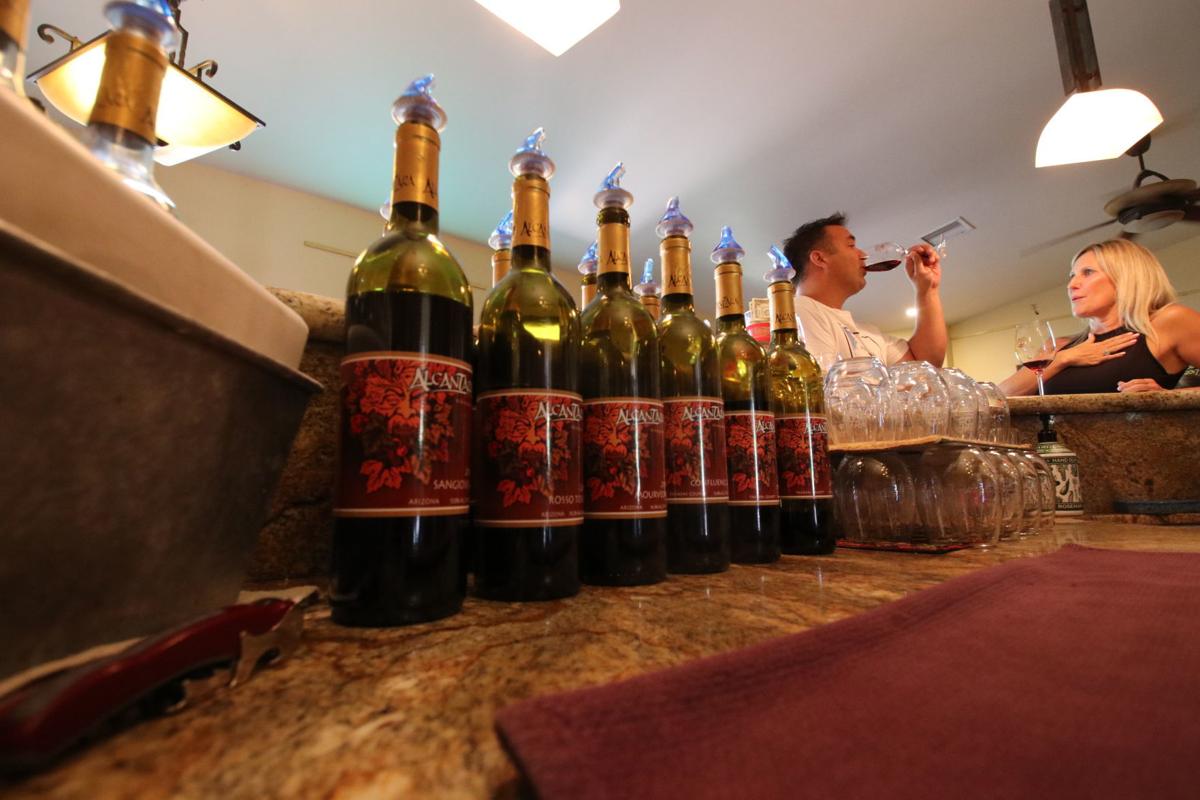 The tour ends with a wine tasting at Alcantara Vineyards.

The Water to Wine tour starts out in the embrace of the Verde River.

Water to Wine Tour guide Sebastian pushing Kristie Hight and Chris Elliott from Tucson into the Verde. The kayak company, Verde Adventures, provides everything but the muscle on the Water to Wine Adventure. Just show up with clothes and shoes you don’t mind getting wet. Don’t forget the hat!

A gentle paddle down the Verde River to warm up to wine tasting.

After pulling out of the river, the trip ends with a walk through the Alcantara Vineyards. They hope to harvest in the next few weeks.

The Verde River embraced my inflatable kayak, gentle as a mother. The leafy arms of the cottonwoods shaded me as I paddled through the slow, cool waters on my way to the Alcantara Vineyards, where wine-tasting and gourmet treats waited.

Somehow, it reminded me of coming home hungry after an afternoon of knocking about, knowing mom always kept the fridge full.

The three couples paddling next to me had also heard of the water to wine tour and decided to give it a whirl. We all attempted to look cool in the August sun, but the itty bitty rapids and eddies spun our flat-bottomed kayaks in circles. Verde Adventures Classic Water to Wine Tour guide Sebastian told us to “embrace the backward” — good advice as we made our way down the lush, lazy Verde River.

Little did I know by the end of the trip, I’d not only learn to “embrace the backward,” but relish that point of view.

The trip mixes a 90-minute guided kayak float down the Verde with wine tasting at Alcantara Vineyards, on a river that meanders between Camp Verde and Cottonwood.

Kayakers meet at the Alcantara Vineyards, then take a shuttle roughly three miles upriver to the kayaks.

The vineyard and adventure company joined to create a unique adventure a few years ago. Now the two companies have these tours everyday all year long — depending on the flow of the river. During the February 2019 floods, kayaking was just too dangerous on the swollen Verde.

At the vineyard, each paddler has a $20 credit (out of the $104 weekday and $115 weekend price tag) to apply toward a flight of tastes, a glass to take home and/or food.

Though the Alcantara wines add a gourmet touch to the trip, the Verde dominates the experience. The river reminded me of my mother, understated, unflappable, quiet — and the mainstay of the family, as the river nourishes the Verde Valley — and Phoenix beyond.

The Verde nurtures an abundance of plants and animals. One study found a higher density of nesting birds on the Verde River than anywhere else in North America. The river hides in canyons dug out of chalky limestone cliffs. It seeps into your soul, with the rustle of riffles.

The U.S. government designated a portion of the Verde as one of two wild and scenic rivers in Arizona. For 40.5 miles between Beasley Flat and the mouth of Red Creek, the river runs without any dams or blockages. Here the state created the Verde River Greenway State Natural Area — a six-mile park between the town of Clarkdale and the Bridgeport State Route 89A Bridge.

Sebastian described the magic of the river as we floated past verdant banks crowded with alder, sycamore and walnut, box elder, salt cedar and willow trees, not to mention a riot of reeds and cattails. Flitting amongst the greenery, birds, beetles and butterflies sought seeds and insects — we often saw with a full 360-degree view. The river boasts 27 varieties of fish and endangered species such as the Chiricahua leopard frog.

Though running with a gentle flow, the Verde kicks in a few surprises that turned our boats backward. Sometimes right before a narrow rapid. Until we surrendered to this quirk of the river, Sebastian could be heard yelling, “embrace the backward!”

We paddled and spun and laughed and twirled all the way to the takeout, at the foot of the bluff lined with grape vines. Alcantara Vineyards sits at the confluence of Oak Creek and the Verde River and produces and sells about 2,000 cases of red and white wines each year.

My husband and I decided to try the flight of wines made solely from grapes grown on the vineyard. We also opted to nosh on the gourmet cheese plate.

We sat inside, but the vineyard has seats outside overlooking the Verde and grounds, surrounded by the river that always nurtures, always supports the creation of the bounty of the land.

So does wine and cheese really go with kayaking in the August sun?

Would my mother approve?

I think so. She learned a lot from raising kids, like we did about floating downstream backward.

And I say, wine tasting and kayaking go together perfectly.

So long as you learn to “embrace the soggy bottom.”

“Where the Verde River and Oak Creek meet. Come taste the beauty!”

Vineyard tours available and the space available for weddings and other events.