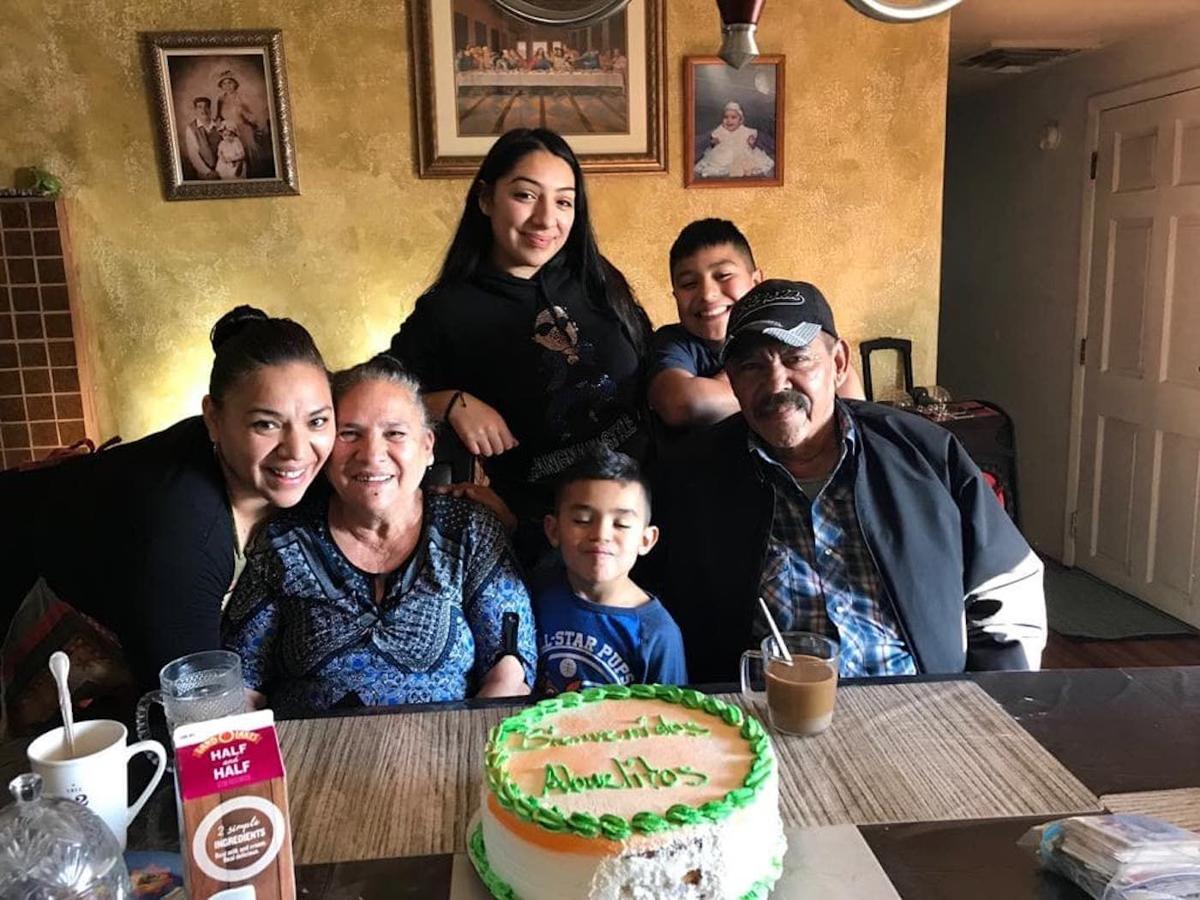 Irene and her family in their Star Valley mobile home before they sold it for $7,000. She now lives in a travel trailer as do her parents. Her son couch surfs as the new trailers are too small. 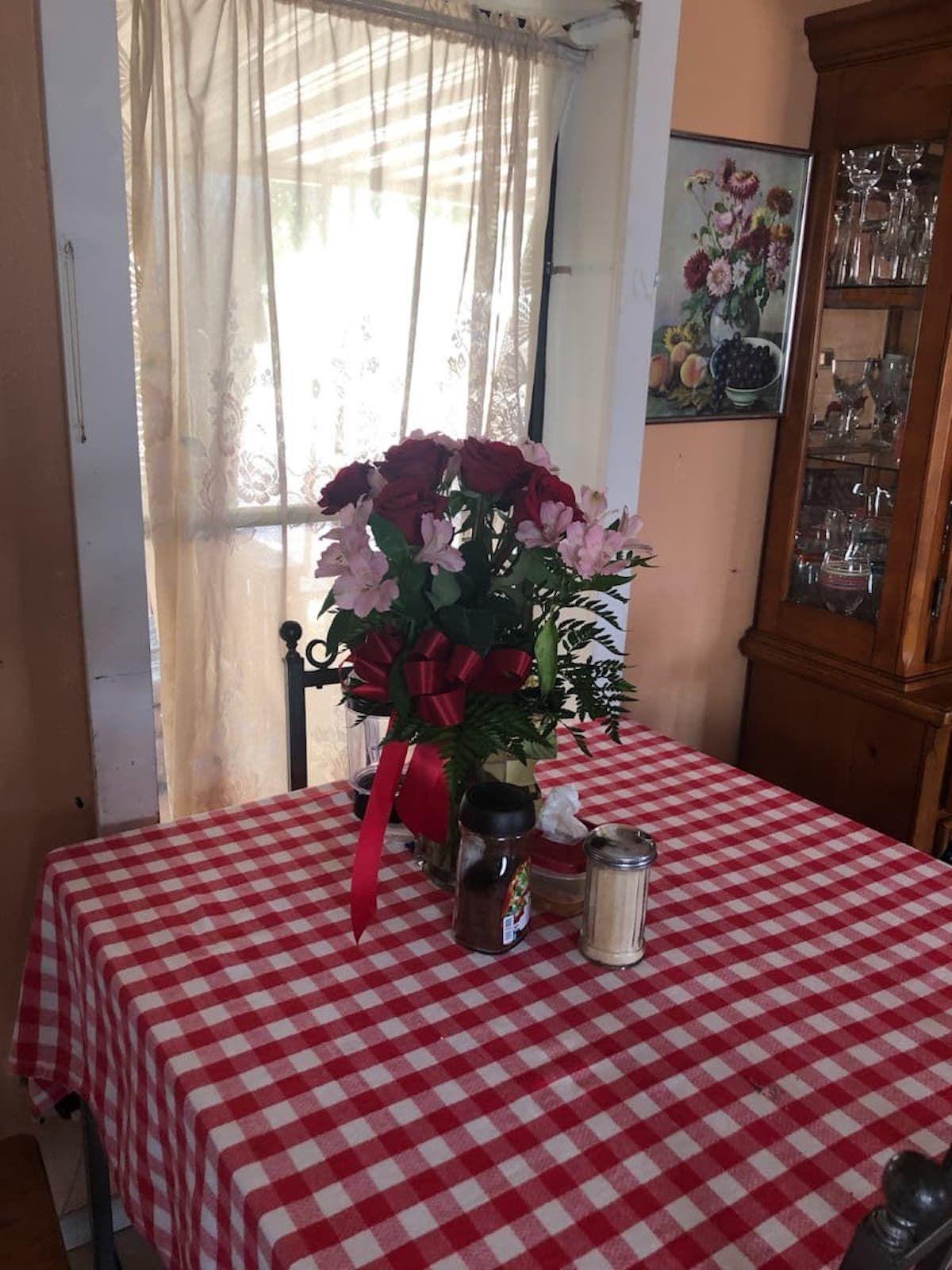 Roses in Irene's home harken back to happier days. 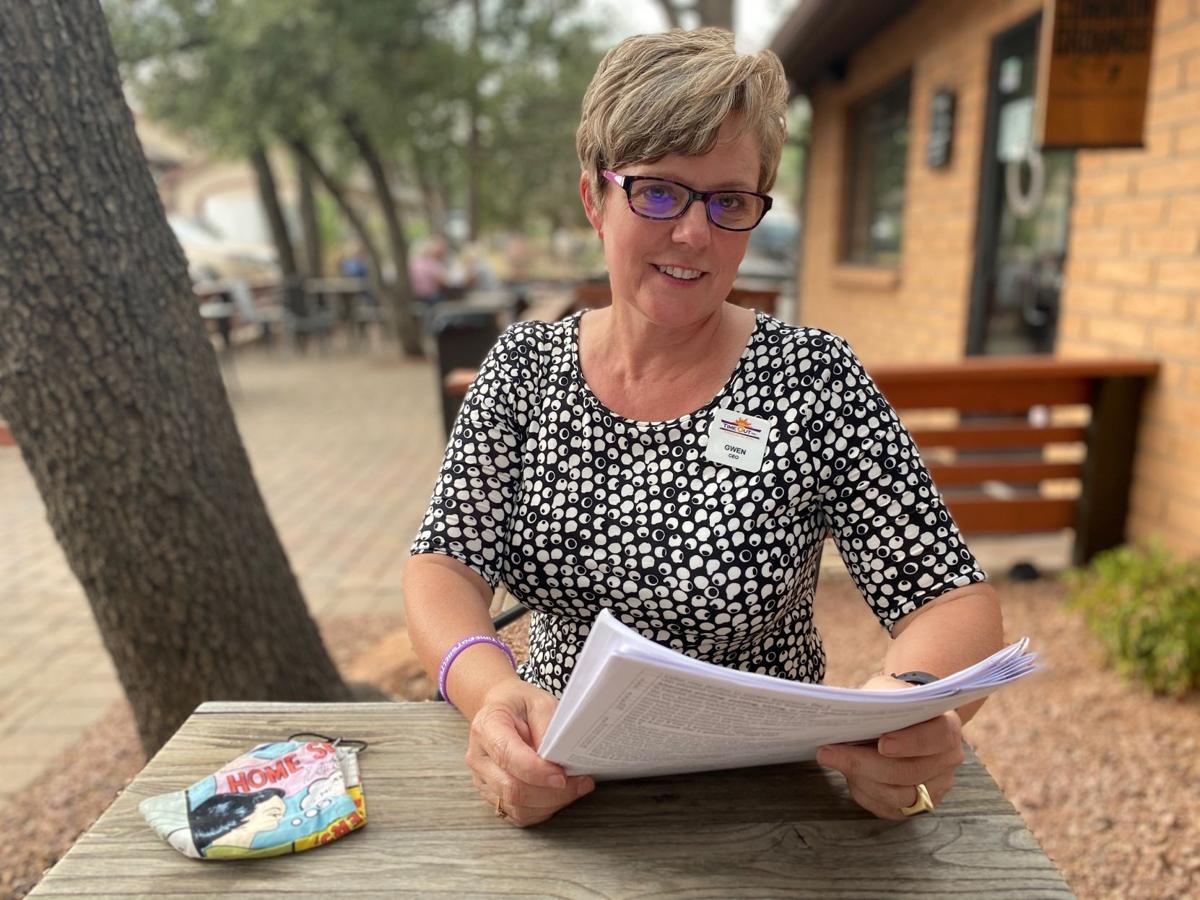 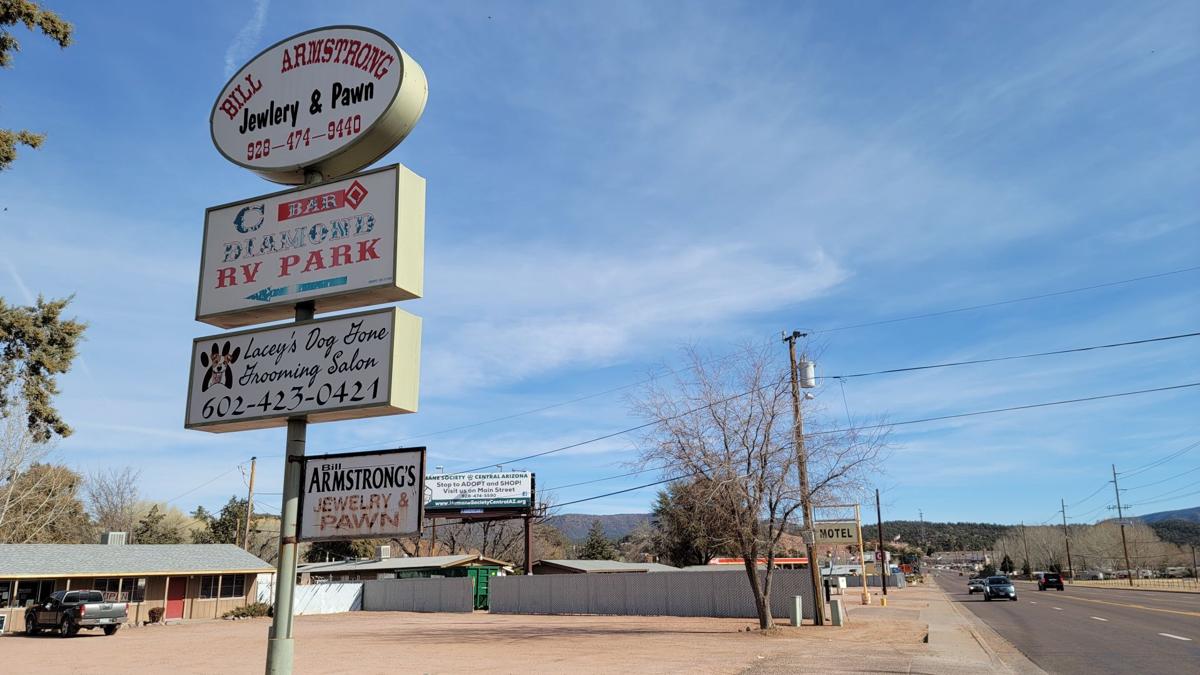 The Arizona Dept. of Housing confirmed the new owners of the Star Valley and C-Bar Diamond Mobile Home parks will not change the use or redevelop the parks, so residents cannot qualify for more time or government reimbursement to help move mobile homes. Irene had to stand firm with the help of the Time Out Shelter and a pro-bono lawyer in order to receive compensation.

Irene and her family in their Star Valley mobile home before they sold it for $7,000. She now lives in a travel trailer as do her parents. Her son couch surfs as the new trailers are too small.

Roses in Irene's home harken back to happier days.

After years of terrifying, violent abuse — Irene finally took her son and fled.

She found refuge in a domestic violence shelter.

She found a job.

She bought a mobile home.

She offered shelter to her parents and her son.

She built a new life.

Then came the knock on the door of the modest mobile home she had poured equity in during the seven years she lived in a Star Valley mobile home park.

The park manager said she had 30 days to move.

In that moment, her life collapsed. She faced the prospect of homelessness amid the pandemic.

Fortunately, she wasn’t alone. She had the Time Out Shelter.

Staff at the shelter noticed that Irene “was in shock” after receiving what amounted to an eviction notice — with none of the protections people getting evicted can normally rely on, said Gwen Zorn, the CEO of the Time Out Shelter.

As staff sought to draw her out, they had to repeat questions and directions. They urged her not to sign anything and promised to find help.

She was one of the lucky ones before McDiamond, LLC bought the trailer park late in 2020.

Domestic violence remains the root cause of homelessness for between 22% and 57% of women and children who end up on the streets, according to the National Network to End Domestic Violence. Nearly 40% of women in violent relationships end up homeless in their struggle to escape. Some find refuge in a place like the Time Out Shelter. Many others end up on the streets — or seek refuge with family or friends. Poverty adds to the hurdles of leaving an abuser. First, it increases the likelihood of abuse.

According the National Institutes of Health, women with an income lower than $10,000 a year annually report rates of domestic violence five times higher than those with higher incomes.

Perhaps that’s because abusers often use money to control their victims, especially when there are children involved. The abuser also isolates their victim from jobs, family and friends. With few resources, women can’t find a place to live. Many who leave find the struggle to start a new life so difficult they return to the abusive situation, believing they have no choice.

But Irene found hope and help through Time Out.

Fortunately, the shelter didn’t abandon her when the new owners of the park said they wanted to upgrade the park.

“The role of the advocate is recognizing the injustice,” said Zorn of the work and resources Time Out brought to bear to help Irene and her family out of a crisis not of her own making.

Her story illustrates the difficulties and challenges women face trying to build a life after surviving abuse, especially if they have no resources or family to help.

Until this year, Irene had a stable situation.

During the seven years she lived in the park, she purchased a mobile home built in the 1980s. The home had enough space to move in her son and parents.

She invested in its upkeep, painting the walls and upgrading the bathroom.

She had the deed. She built equity every month. She paid down the mortgage. She owned her home.

She had a job and her son was in school.

But none of that mattered when the new owners decided she had to move out.

On the surface, the low mortgage and lot space seem an ideal situation for people who need a home but can’t afford the payments for a $300,000 mortgage — roughly the price of the average home in Phoenix.

The situation places mobile home owners in a precarious predicament: They own the home, but not the land it sits on. Laws don’t protect mobile home owners, either. If new owners “change the use” of the park, the residents can request six months’ notice and can qualify for relocation assistance. But if the owner says they are upgrading the park rather than changing the use, they can terminate leases with just 30 days’ notice or evict anyone not following park rules.

A resident can move their mobile home, but that costs thousands of dollars. If homeowners can’t afford the cost of the move or have a trailer too old to move to another park, they often abandon their home — losing all the equity they put into it.

That would have happened to Irene, but she worked hard to overcome her fears. After Time Out intervened, the park agreed to buy her trailer for $7,000. That provided enough money to buy a tiny travel trailer for herself and one for her parents. Her son ended up staying with family members.

“It was a family of four and now they are living in separate locations,” said Zorn.

It took a village

Only the intervention of Time Out and a lawyer willing to take the case without charge enabled Irene to receive compensation for her home.

“We really encouraged her so she knew what her rights were,” said Zorn.

Irene got an appraisal of her trailer. McDiamond initially offered her far less. But with the support of Time Out and a pro-bono lawyer, she held out for a higher payment.

McDiamond did not return a request from the Roundup for a comment on the situation.

In the end, the most important work the shelter provided was to stand behind Irene.

“Emotionally, just knowing that you are going to lose your home is exhausting,” said Zorn. “You revisit trauma; losing your home is traumatic. All of those feelings bubble back up and they come to the surface.”

But most victims of domestic violence lose their support systems when they finally summon the strength to leave their abusive relationship. Often, they must go into hiding — knowing that they face the greatest danger when they leave.

Zorn and her staff held Irene’s hand throughout the whole encounter to help her believe she could succeed.

“I think I can speak for most individuals that experience abuse, you will be in the healing process for the rest of your life,” said Zorn. “It takes time and you have to allow yourself to trust the process. That is not always easy. You have to have support at home and in the community. Today the most important thing to do is just be kind.”

That kindness saved a family from moving into the woods, but many more still wait for help.