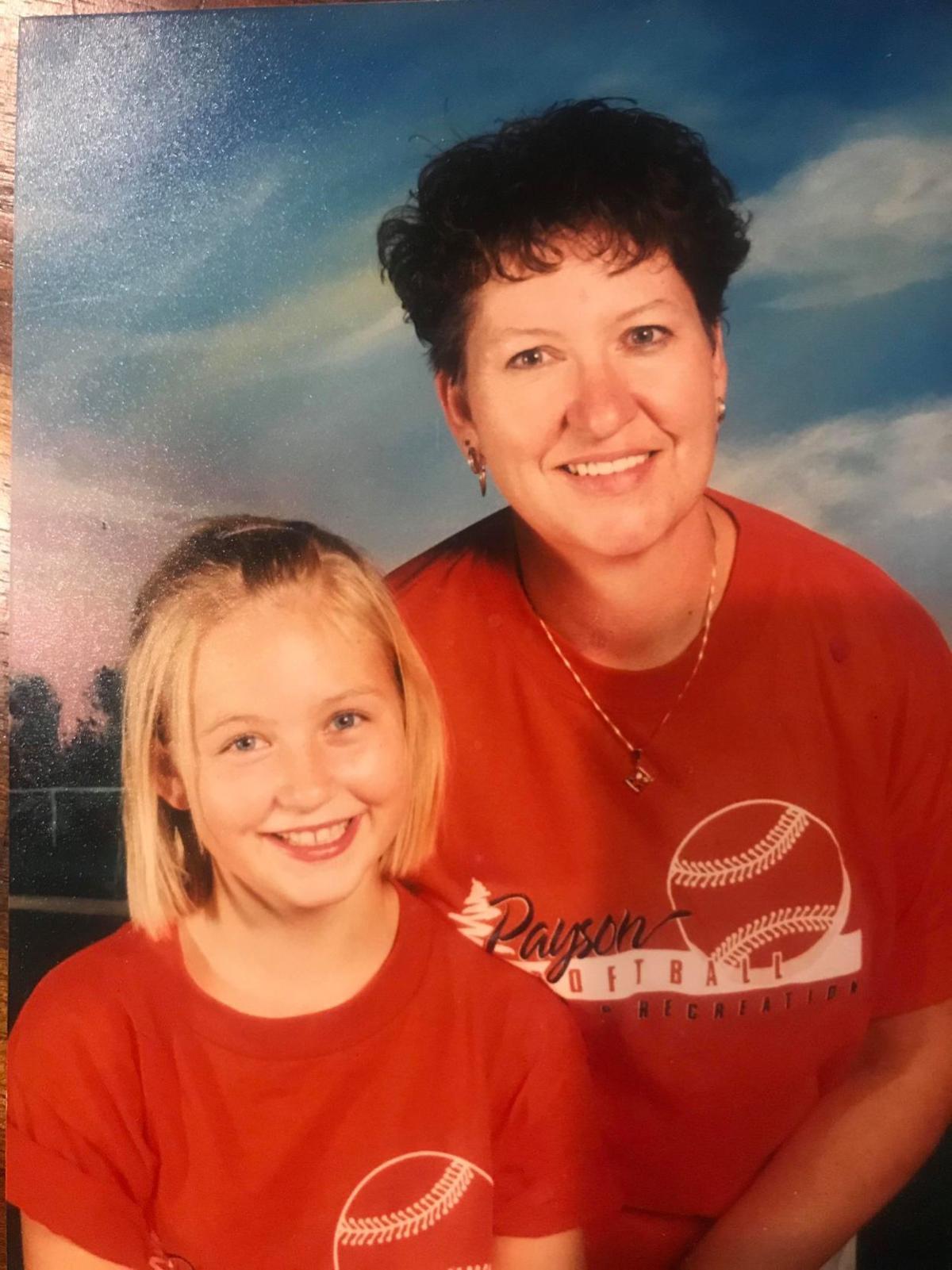 Lacia Sommars and her mom Lynn Sommars. Lacia played in the Payson t-ball league as a child, which her mom coached. 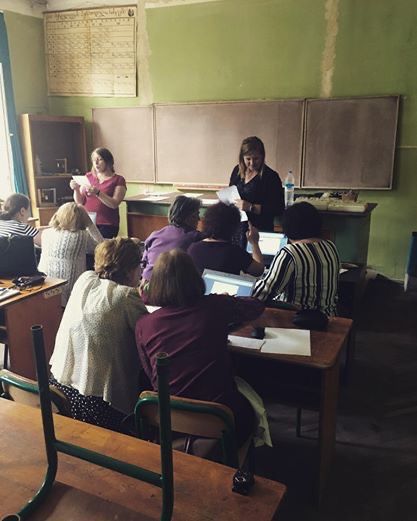 Lacia Sommars leads a computer training workshop for teachers in a rural village in Ateni, Georgia. Sommars was working for the Peace Corps before she had to return to the states because of the coronavirus.

Lacia Sommars and her mom Lynn Sommars. Lacia played in the Payson t-ball league as a child, which her mom coached.

Lacia Sommars leads a computer training workshop for teachers in a rural village in Ateni, Georgia. Sommars was working for the Peace Corps before she had to return to the states because of the coronavirus.

Meet Lacia Sommars, a 29-year-old woman who credits her love of community to her roots in Pine-Strawberry.

Sommars spent the last two years in the Republic of Georgia, just 10 miles away from the Turkish border volunteering for the Peace Corps.

P-S is where Sommars started babysitting at 11. While in high school she took a job in the medical records department at the Payson hospital.

“I very quickly realized I did not want to go into health care,” she laughed.

Still unsure of what she wanted to do, Sommars attended Scottsdale Community College after graduating from Payson High School.

Sommars then got her bachelor’s degree in tourism development and management from Arizona State University. Her full-time job moved her into employee training.

These experiences fueled her passion to help others abroad.

“I always wanted to live abroad, work abroad,” said Sommars. “We can all blame my father for that, being able to travel with my father all those years.” Her father is a commercial pilot and his window to the world enticed his daughter to find her own way out into that bigger space of humanity.

Sommars applied to the Peace Corps.

“Peace Corps is surprisingly very competitive. There were about 20,000 applicants and they take closer to 1-2,000 volunteers,” she said.

She applied at 22 and was rejected. Not giving up, she applied a couple years later with some more schooling and experience behind her, but was rejected again.

At 27, with less than a year away from completing her master’s degree in organizational leadership with a focus in project management from Colorado State University, she was accepted into the Peace Corps. To accept the position she had to finish her master’s six months early.

“I was able to do it online while working full time,” Sommars added. Since positions with the Peace Corps are only offered to a few each year, she grabbed it with both hands.

“It’s cool. I am not tied down to a house or anything I have to give up. The timing was good to have this huge life experience. I wanted more than just traveling through (places), I wanted to have an impact on a community. I knew I wanted to work.”

Placed in Batumi, a municipality of about 150,000, Sommars quickly set about building her community.

“My host mom on my first day said, ‘you are my daughter now.’ They are all just like that,” she said. “With Peace Corps you can choose the country and the type of work, I chose this country, it’s magical.”

“I have been to over 20 countries and Georgia is the most hospitable, warm and loving. (If we were) just walking by a Georgiana (they) would welcome us in for a drink or a visit,” said Sommars.

Sommars was there to work, and work she did.

She was placed with a non-governmental organization called the Institute of Democracy where she partnered with three women from that country. Under that umbrella, her list of projects was incredible.

Sommars and her team worked with former inmates, helping prepare them for jobs. They worked with them on their resumés, interview skills and for those that wanted to open their own businesses, markets for their products, social media and marketing.

She also took part in Girls Leading Our World, a weeklong camp for about 200 girls held twice a year. It teaches leadership skills, women’s hygiene and health, human rights and community development projects. There were conferences that included networking skills, grant writing and preparing them for university.

She also got involved with the American Corner public speaking club. For those Georgians who had learned English, this club gave them a chance to research a topic, and create a motivational speech, which they delivered to the group.

Alas, the coronavirus is a part of this story too.

“I was supposed to be there until June 2020,” said Sommars. On March 18, 7,300 Peace Corps volunteers were evacuated from all over the world. “It was unprecedented, it had never happened.”

“Due to the evacuation, despite completing a project the week, I evacuated. I felt that my work was left incomplete,” she said. “I worked on so many impactful projects but will always look back and think that I could have done more in my short time.”

“Georgia is developing wildly quickly and I feel incredibly lucky to have played even a small role in that.”

She is in Arizona now, Phoenix for the moment, but she’s been up the hill since her return to the states.

“Walking past the community center, remembering the arts fairs and the pancake breakfasts we were a connected community,” said Sommars. “I have no doubt that Pine gave me a love for the sense of community.

“It was expected of you to participate in the livelihood of yourself in your community,” Sommars said. “It is the helping out your neighbors and being there for each other — having a home that is not just your house.”

Thank you to another millennial for making Pine-Strawberry proud.