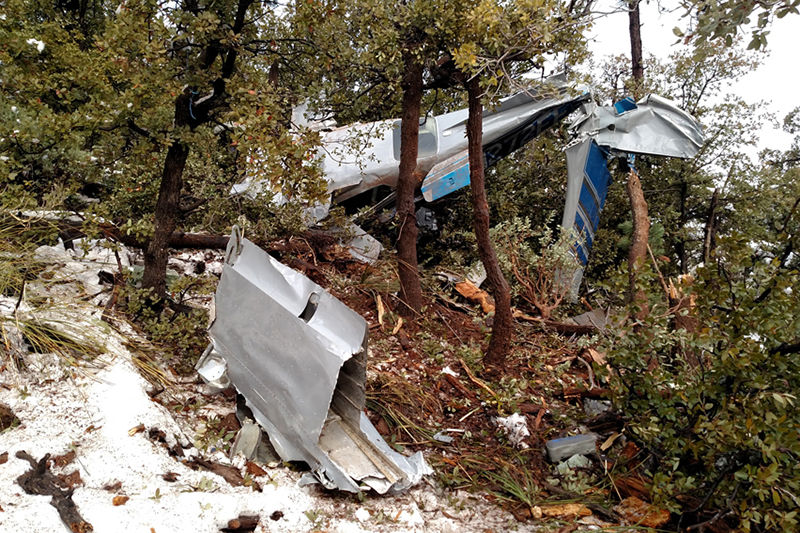 The wreckage of the plane and the view from the crash site. 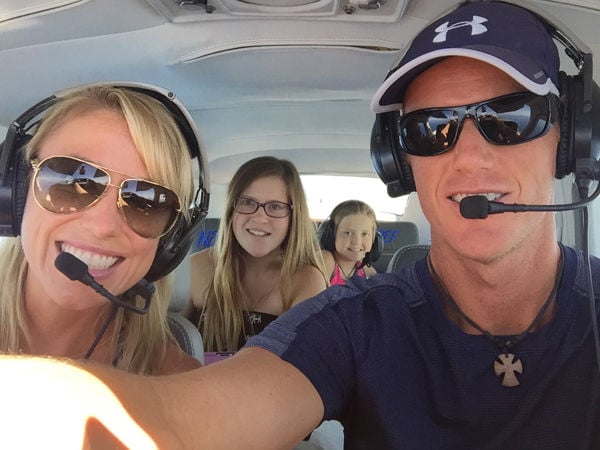 Tonto Rim Search and Rescue member Bill Pitterle took the photo of the wreckage of a plane that crashed near Washington Park. The photo of Eric and Carrie Falbe and their two daughters came from Carrie’s Facebook page. The family died in the crash. 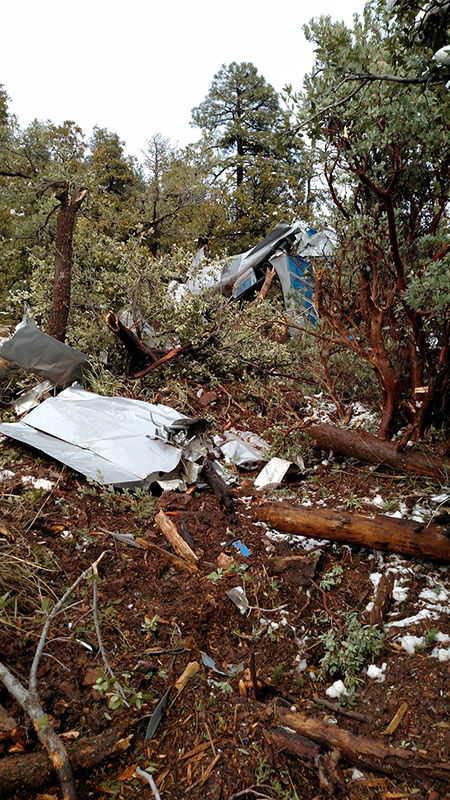 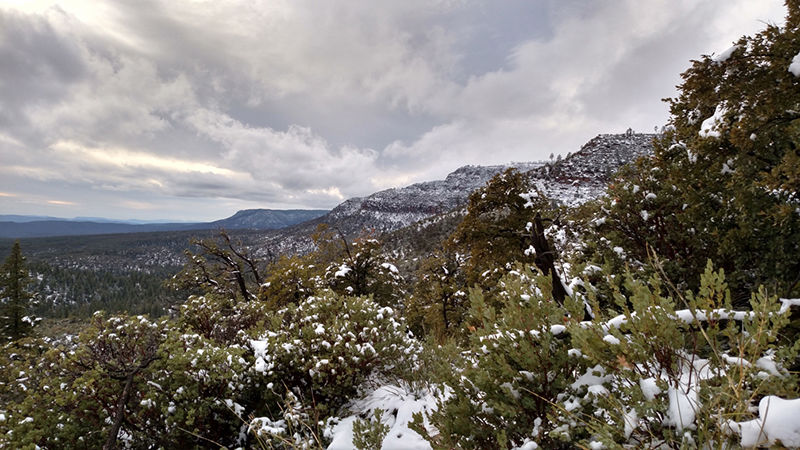 Family and friends are mourning the death of a Valley family who died Monday when their plane crashed into the base of the Mogollon Rim north of Payson.

Attorney Eric Falbe, 44, was flying his Cessna 210 with his wife Carrie, 31, and his 12- and 14-year-old daughters from Scottsdale to Telluride for what appears to be a skiing trip.

Radar information showed that the plane ascended in Scottsdale and then

descended quickly in the Payson area and crashed into the face of the Rim near where the phone was pinged above Washington Park, according to a story in the Arizona Republic.

Family members called authorities at around 9:30 p.m. on Monday when the family never arrived in Colorado.

Around 10 p.m., the Scottsdale Police Department contacted the Gila County Sheriff’s Office about a possible plane down in the area.

At 2:30 a.m., Jon Barber, a pilot with the Civil Air Patrol, was called on to help the Department of Public Safety Ranger helicopter locate the plane.

Barber, who learned to fly in Rim Country, said he is very familiar with the area and had flown to locate several other plane wrecks, including one in 2012 when a plane crashed into the Rim near Strawberry, killing three men on board. That same year, a 28-year-old Mesa man died south of Payson when his plane crashed into the Mazatzal Mountains during a storm.

Barber said when they went up early Tuesday morning, it was mostly clear with a patch of clouds on the Rim.

Since it is difficult to spot a downed plane at night, they normally wait for daylight to search, Barber said. But because they were receiving a signal from the plane, rescuers wanted to search for possible survivors.

With two others on board, Barber went up and used onboard equipment to pinpoint the signal from the plane. Circling the area at 9,000 feet, Barber told the DPS helicopter crew hundreds of feet above the ground where to direct their spotlights. DPS spotted the plane between 4:30 and 5 a.m.

On the moonless night Barber couldn’t see the plane on the ground until the DPS crew shone its spotlights on the wreckage.

Barber said earlier in the day rescuers had noted clouds hanging over the Rim, making it impossible to see the edge of the Rim.

The Federal Aviation Admini­stration has launched an investigation to determine the cause of the crash.

On Tuesday, half a dozen Tonto Rim Search and Rescue volunteers went up with the GCSO to collect the bodies.

TRSAR Commander Bill Pitterle said they found the wreckage some 800 feet below the Rim, about an hour’s hike through the snow and mud from the nearest road.

Carrie had posted photos of the family at Telluride last year on a ski trip on her Facebook page.

The sheriff’s office, FAA and the National Transportation Safety Board are investigating the crash.