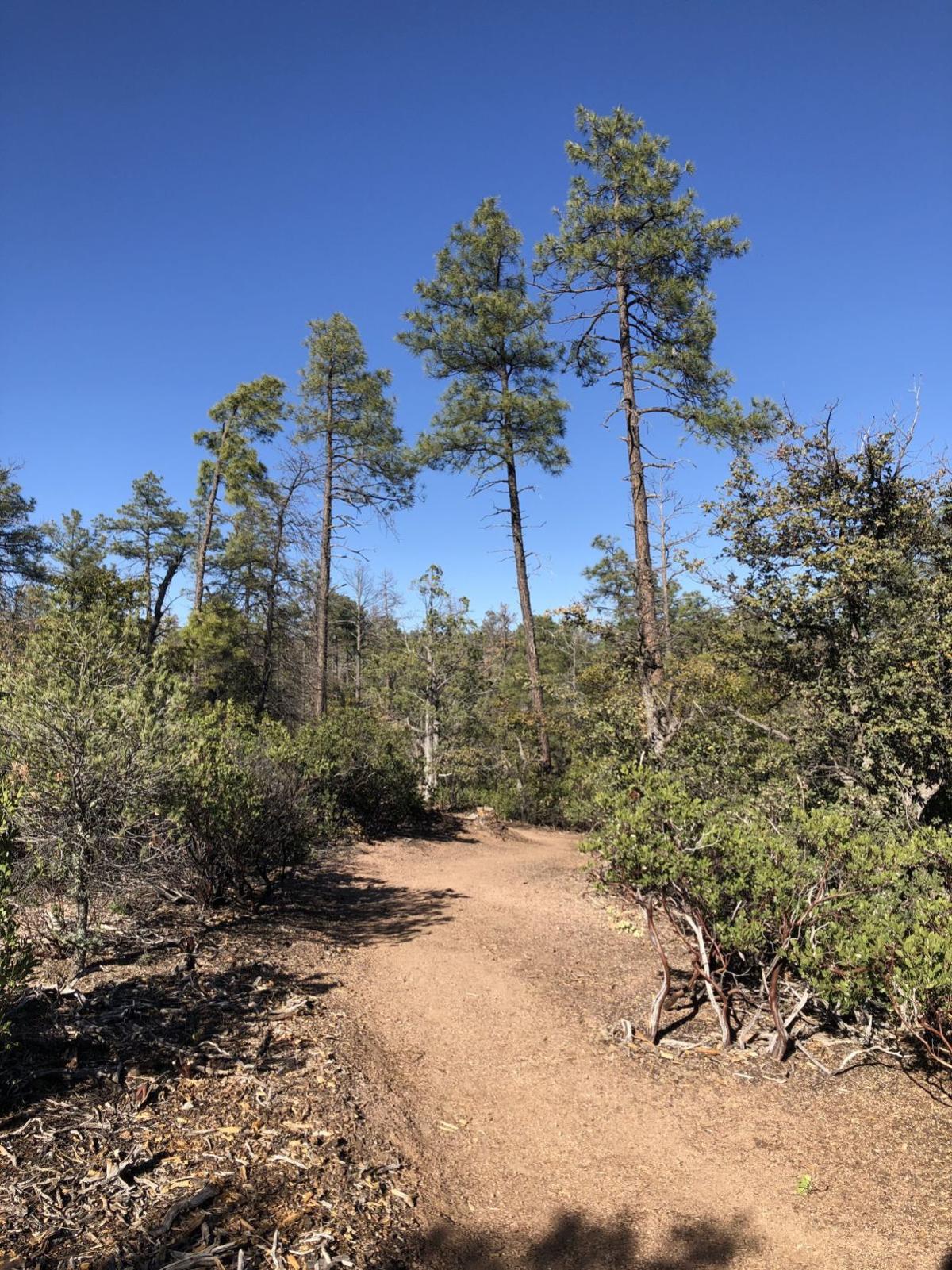 The new trail at Eastern Arizona College-Payson has a level grade and follows the contours of the terrain, which should keep it from developing deep ruts like the old trail. 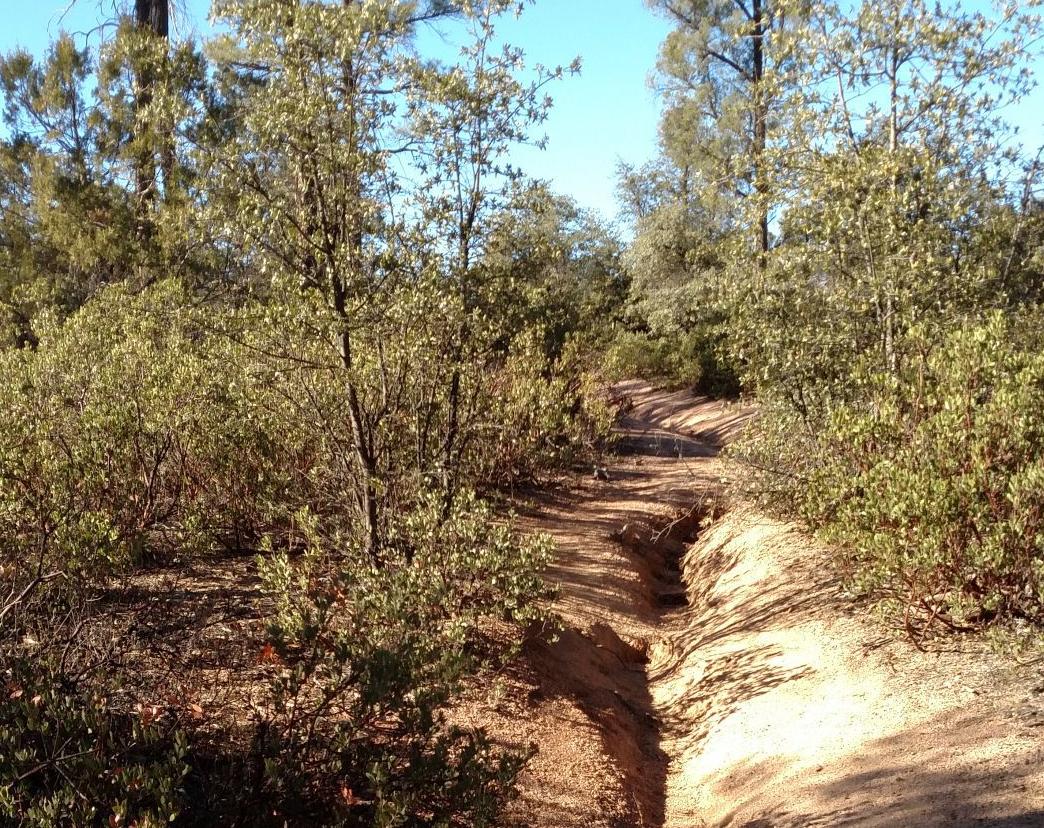 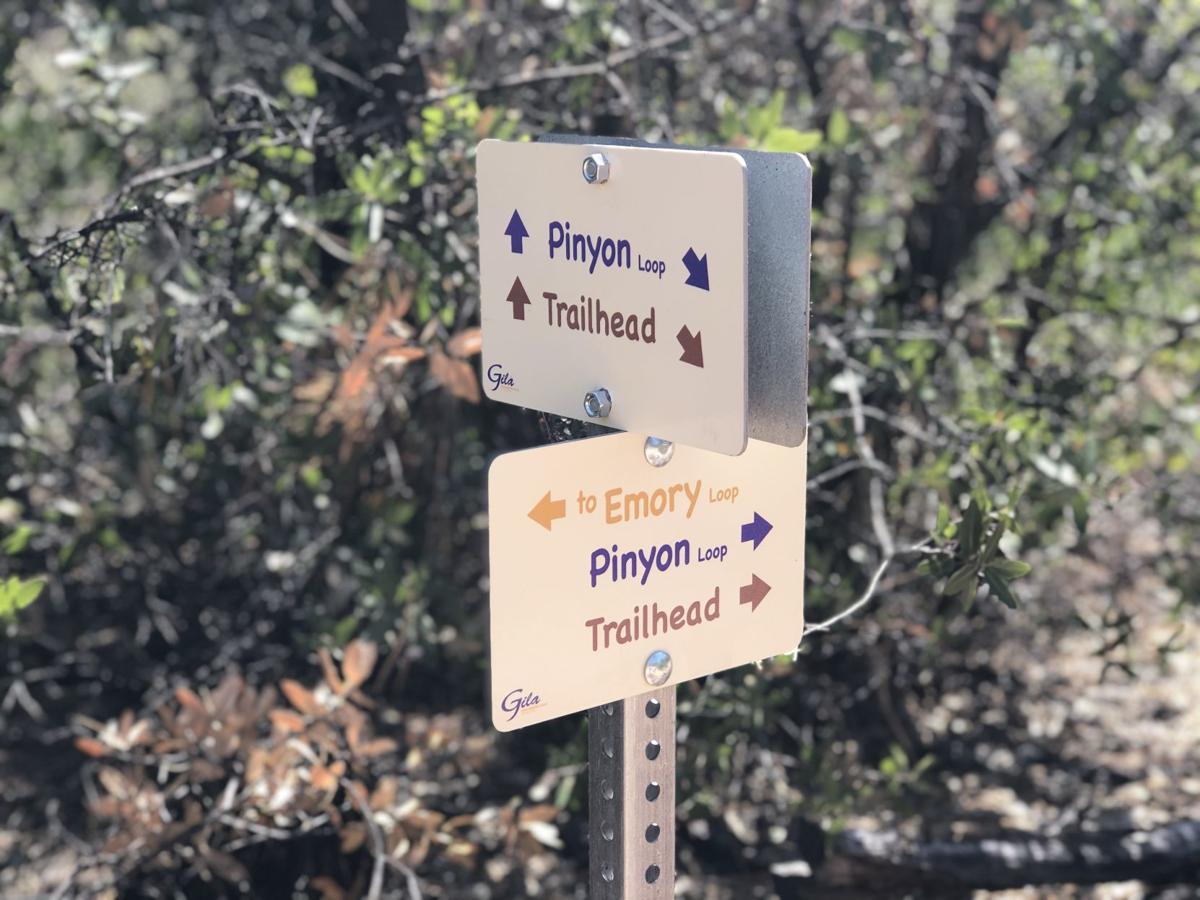 As part of the trail work, new signs were added.

The new trail at Eastern Arizona College-Payson has a level grade and follows the contours of the terrain, which should keep it from developing deep ruts like the old trail.

As part of the trail work, new signs were added.

Set among towering pines and weaving through thickets of manzanita, a new trail at Gila Community College feels like it is set deep in the forest when it is just a stone’s throw from State Route 260.

The trail is the work of Volunteers for Outdoor Arizona (VOAz), a group also responsible for building the trail at Rumsey Park and improving extensive sections of the Highline Trail.

After several months of work, the trail has almost been entirely re-routed, going from a single .88-mile loop to two loops that form a figure eight, totaling 1.12 miles.

The trail at GCC is actually not new at all.

The Jimmy Harris Interpretive Trail was built years ago, a large loop set to the northeast of the campus at 201 N. Mud Springs Road.

But the trail had fallen into disrepair. Rutted, steep and overgrown, it needed an upgrade.

In the fall of 2018, as VOAz was wrapping up work on the new Rumsey Park trail, Michael Baker, president and executive director of VOAz, toured the trail after this reporter suggested it might be a good project for VOAz to take on.

“The site was impressive because of the large stand of pine and the variety and density of the understory,” Baker said.

Baker got in touch with Dean Pam Butterfield who he said immediately expressed interest.

“We walked through the interior areas of the site to look for areas that might be possible and places to avoid,” he said.

He said the existing trail missed a lot of the natural assets, like Stewart Creek and the variety of plants. He wanted to highlight those features and make the trail sustainable and safe.

He said ravines cut through the property, the most prominent Stewart Creek, which has dug a short, but dramatic canyon in the middle of the property.

For much of the old trail’s length, the trail cuts across these ridges and ravines, creating ruts.

Over time, “user impact and rainfalls break down the trail surface not into dust, but into fine gravel, creating a feeling of walking on ball bearings,” he said. “There was no way to stabilize the existing trail in its current location. You need a trail with most of its length lying close to the contours of the terrain.”

The new trail starts at the existing trailhead in GCC’s parking lot and heads east. Just past the college, there is an intersection with the Pinyon Loop heading to the north. That loop runs for half a mile and has a maximum grade of 7%.

The trail then connects back with the existing trail. They used only 800 feet of the old trail as it continues north along Stewart Creek.

The trail crosses the creek near the north end of the property boundary and then winds its way south on the east side of the creek.

The trail then connects with the Emory Loop (.39 mile, most of the grade is less than 3%), which has a series of twists and turns.

“My helper called it the spaghetti bowl,” he said.

The trail stays as far north as possible since State Route 260 runs to the south.

Baker said he wanted the trail to give the walker the feeling of getting “a little bit lost in the woods — at least until Highway 260 intrudes.”

Baker said he didn’t do all the layout work. Trail contractor Dave Crosby made several improvements to Baker’s layout.

“He has so much experience and skill. I am still trying to convince myself that I contributed something of value,” he said.

Crosby and an assistant started work on the trail in March and worked most of the month.

While the trail work is done, there are still several additions coming.

There will be a new trailhead sign that includes a map, plant identification signs and benches.

They hope to complete that work later this year.

VOAz funded the project with funds from a private Arizona-based foundation.

“Dean Butterfield and her faculty and staff are great clients. I am really pleased that we are able to do this for them,” he said.

“We’re excited to expand the trail and allow more choice as to the distance walked,” Butterfield said.