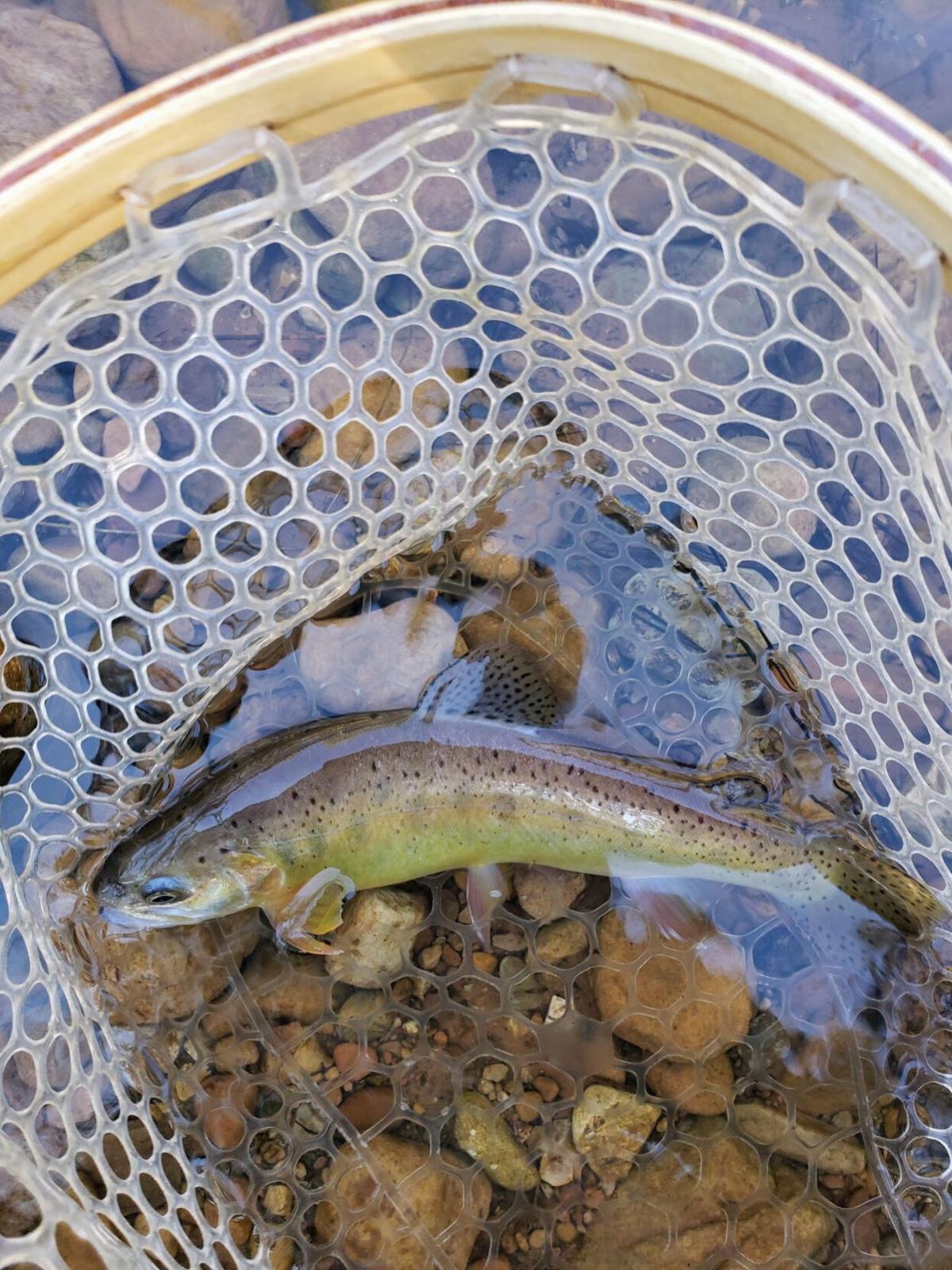 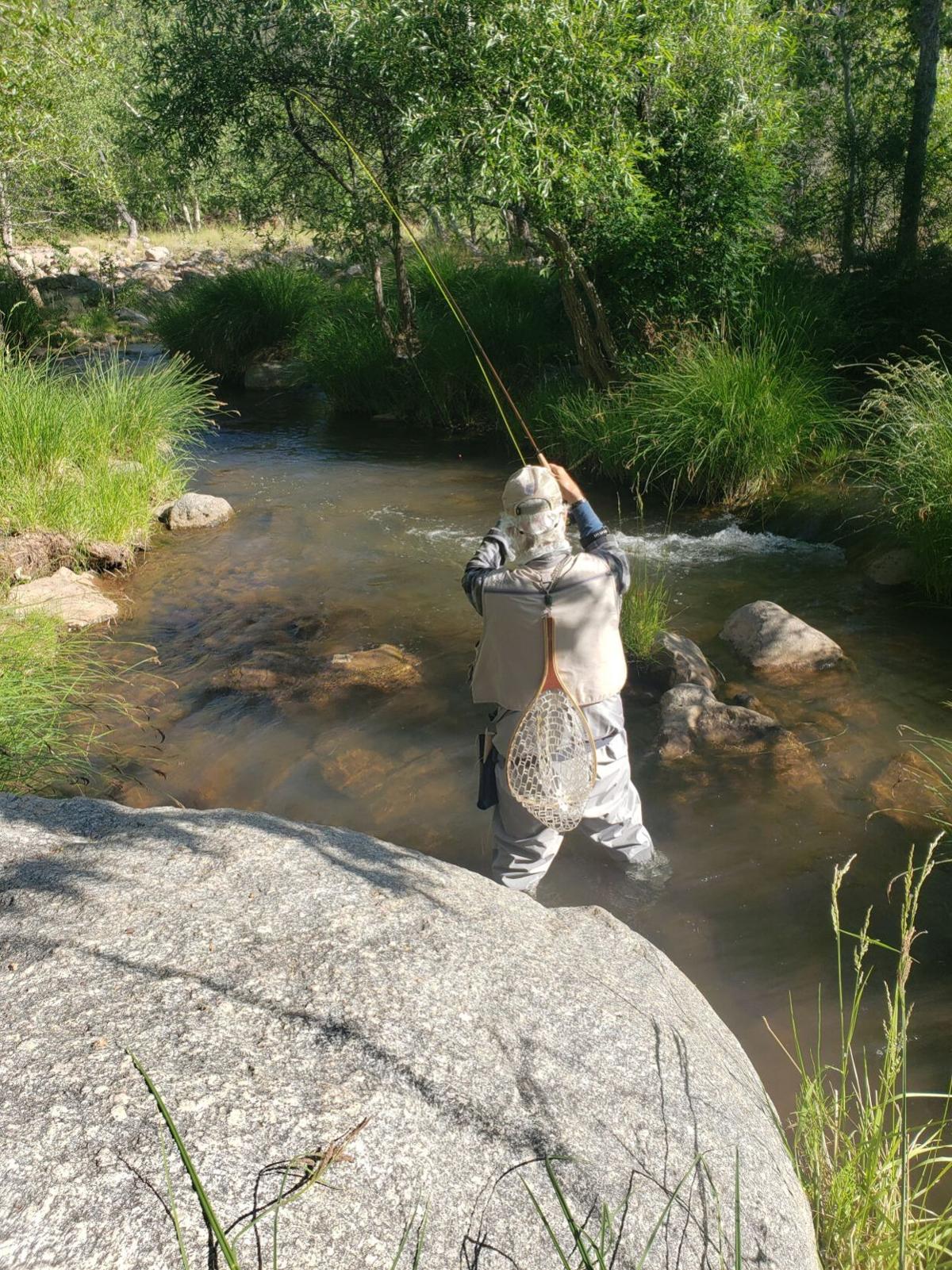 Randy Messersmith with a Gila trout on the line on the East Verde River.

Owen and Ayden Strogen with an Apache trout on the line at Silver Creek, outside of Show Low.

Randy Messersmith with a Gila trout on the line on the East Verde River.

Owen and Ayden Strogen with an Apache trout on the line at Silver Creek, outside of Show Low.

The Arizona Game and Fish Department (AZGFD) works hard to provide fun and unique fishing opportunities for anglers. Arizona has two native trout species that many anglers have on their bucket list to catch, Gila and Apache trout. The department has stocked these two threatened species in selected waters in the state.

Anglers are always interested in new fishing opportunities, and sometimes that comes with added responsibilities. That is the case with some trout streams recently identified by AZGFD. The department has been working for several years to establish recovery streams for Gila and Apache trout populations. Many of these streams are in Rim Country and the White Mountains in areas where these fish were found historically. Some of these streams will soon be open to fishing with restrictions, offering anglers a chance to catch wild, native Arizona trout.

To protect these fragile populations, these recovery streams will be closed to all fishing during the spawning window for Gila and Apache trout. These closures will run from Jan. 1 through April 30. On May 1, these identified streams will be open to catch-and-release fishing with single point barbless flies or lures. No bait will be permitted.

This is a tremendous accomplishment by the department to bring Gila and Apache trout back to our state to where they can allow fishing in these recovery streams for anglers.

The department has also stocked several waters across the state where anglers can catch both Gila and Apache trout all year. In these recreational fishing waters, the limit is the statewide daily limit of four trout, and they may be caught using bait. The East Verde River is the closest place to catch recreationally stocked Gila trout.

There are additional streams that the department has selected that meet the rigorous requirements for introduction of Apache or Gila trout for recovery purposes. They are working hard to re-establish healthy populations that hopefully one day will also be open to special regulation angling opportunities. However, at this point the populations are too fragile to consider opening them to any fishing pressure.

It is of critical importance that anglers are very aware of the fishing regulations in the state, especially regarding daily bag limits, special regulations, closed seasons, and streams that are entirely closed to fishing at any time of the year.

Historically, Gila trout found in Arizona were believed to have lived in the Gila River, San Francisco River, Agua Fria River, Tonto Creek, and Verde River drainages. Apache trout in Arizona were found in the Black, White, and Little Colorado drainages in the White Mountains of east-central Arizona.

While the department has worked to restore both Gila and Apache trout in selected recovery streams for well over a decade, events like wildfires have often destroyed years of effort. Besides habitat destruction, hybridization and competition from non-native species like rainbow trout, brook trout and brown trout compound the difficulty in bringing these beautiful native trout back to Arizona.

While there is a repository of the five remaining population strains of Gila trout in the Mora National Fish Hatchery in New Mexico, the 30 pure populations of Apache trout in Arizona have no such repository and the streams where they reside are often their last stronghold. That makes the recovery streams vitally important for our continued hope of bringing these populations back.

I continue to enjoy catching the recreationally stocked Gila and Apache trout, and am looking forward to the opportunity to explore some of the recovery streams that will open in May for catch-and-release fishing of these special trout. It is important that anglers respect and support the work of AZGFD in establishing the specific populations in the selected streams so that the department can grow and sustain healthy populations of native trout, and we have the privilege to fish for them well into the future.

Where to fish for wild and hatchery native trout:

• East Fork of the Little Colorado River above Coulter Dam

• West Fork of the Black River

• East Fork of the Black River