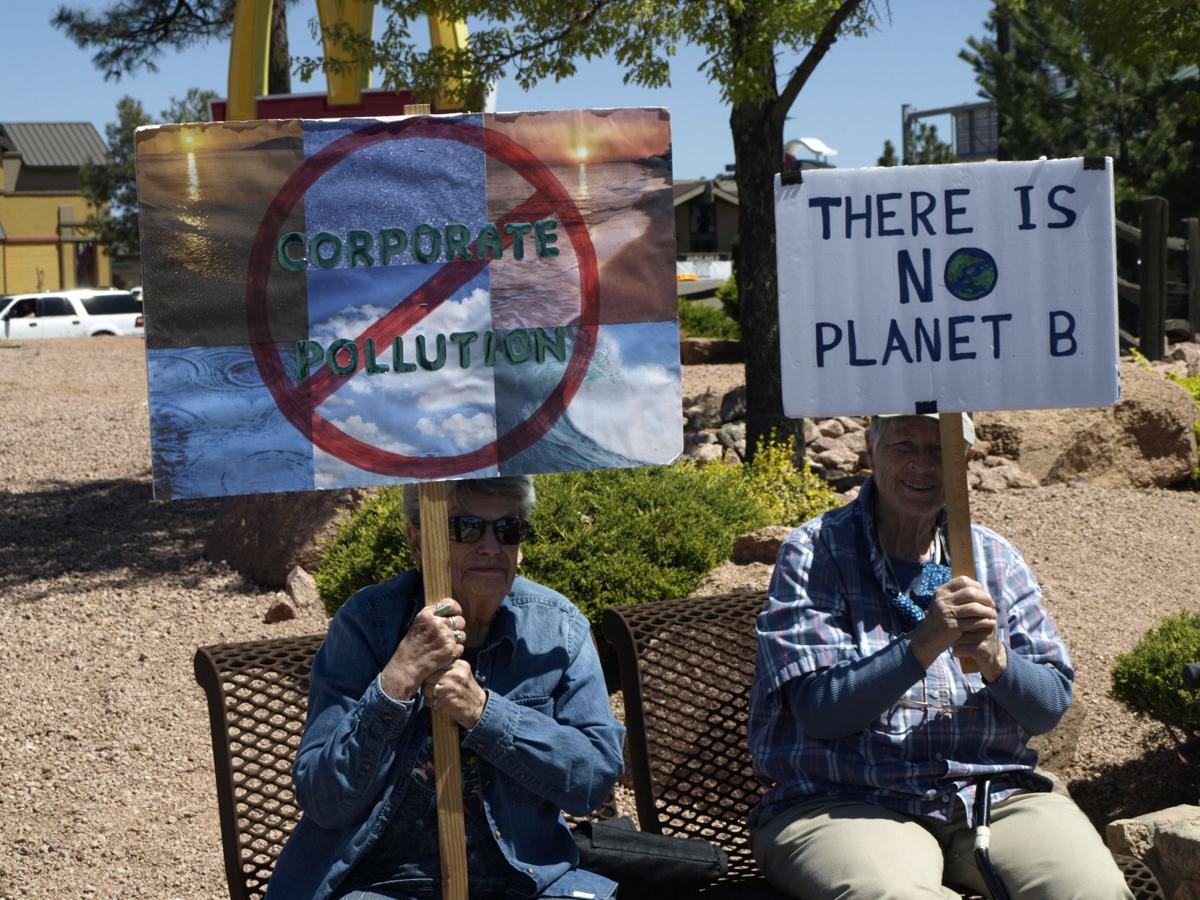 Sitting In for Earth Day on April 22 were Jan Owen and Carol Waymire. 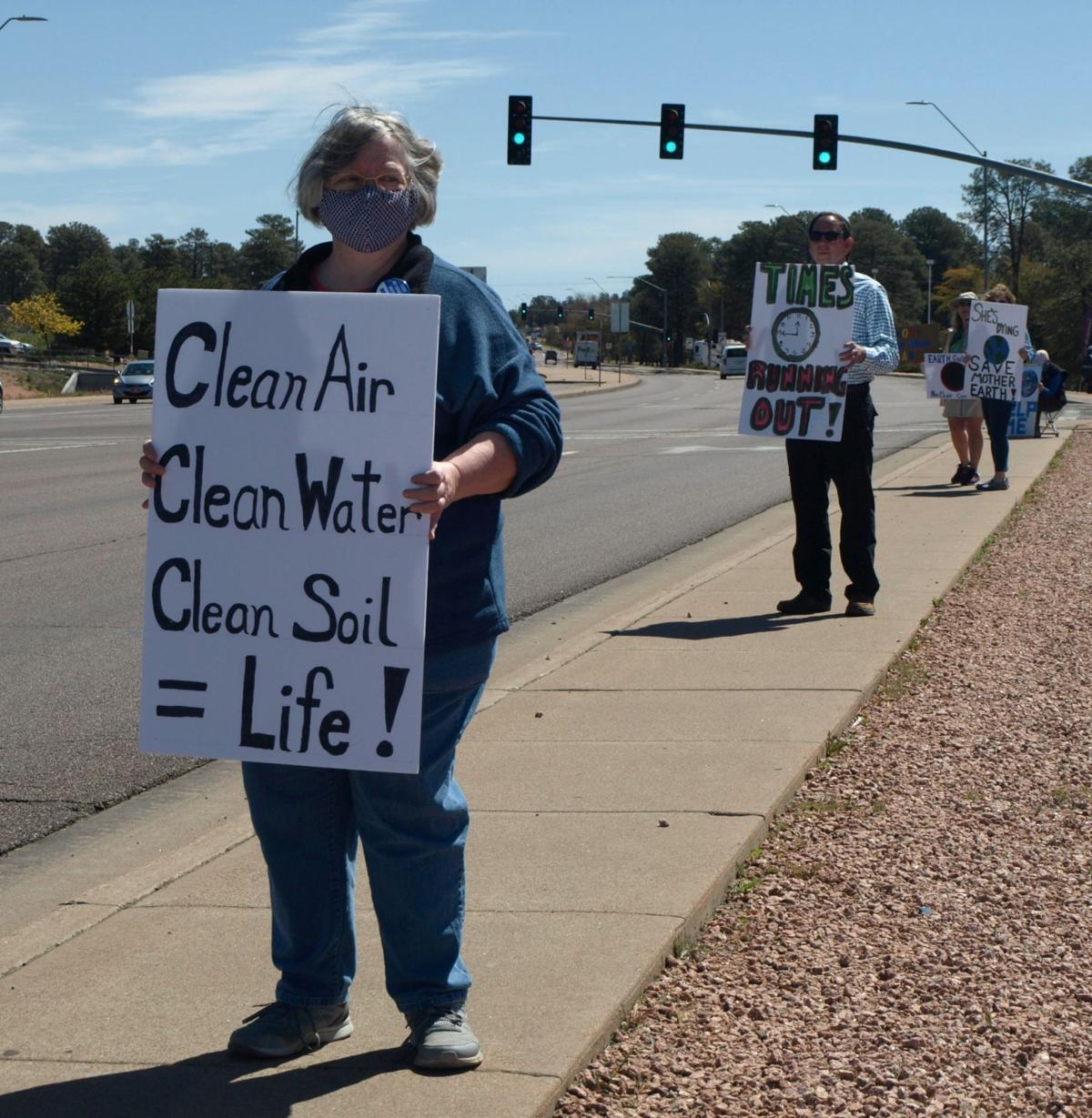 Connie Cockrell, Jim Clarke and Lynn Clarke all came out on Earth Day in Payson.

Sitting In for Earth Day on April 22 were Jan Owen and Carol Waymire.

Connie Cockrell, Jim Clarke and Lynn Clarke all came out on Earth Day in Payson.

On a blustery April 22 Earth Day, a group of Payson residents gathered on the sidewalk at the intersection of State Routes 87 and 260 to voice their concerns about the treatment of the Earth.

There are five focal points to the Earth Day movement: food and the environment; improving climate literacy; the great global clean up; the canopy project; and the global earth challenge, according to organizers.

Cloth shopping bags were handed out to those who stopped by and literature about recycling in Rim Country. They shared information about how our actions impact the Earth.

“I moved to Payson because of global warming,” said participant Jim Clarke. “My wife Lynn and I moved from southeast Texas because of the increase in number of hurricanes there.”

Since their home was near the Texas-Louisiana border, there was an increase in the possibility of flooding.

In other places of the world, there is a concern that drought will lead to diminished food production. Much of agriculture feeds livestock instead of people.

Many feel that the key to climate literacy begins with young people.

“The best advice I have for young people is to get active. Nothing is too small,” said teen activist Greta Thunberg of Sweden.

You hear much about decreasing the use of plastics to clean up the environment. Plastics get into the ocean and harm fish and wildlife. Every piece of litter removed from the environment counts.

The canopy project refers to the deforestation of trees throughout the world. We know from our science classes that trees remove carbon dioxide from the atmosphere. It was Franklin Delano Roosevelt who said, “Forests are the lungs of our land, purifying the air and giving fresh strength to our people.”

Sharan Burrow, general secretary of the International Trade Union Confederation, and Kathleen Rogers, president of Earthday.org have said, “building a climate-literate population is one of the biggest missed opportunities in the climate restoration game plan. It should be given the same importance as any core subject like mathematics, science, history, or a language. Without it, no country can play a role in the growing global green economy.”

Whether or not you believe in climate change, you can learn more about what changes are occurring on Earth and what impact humans have made by doing your own research. We all have a responsibility to protect the Earth by changing our behaviors.