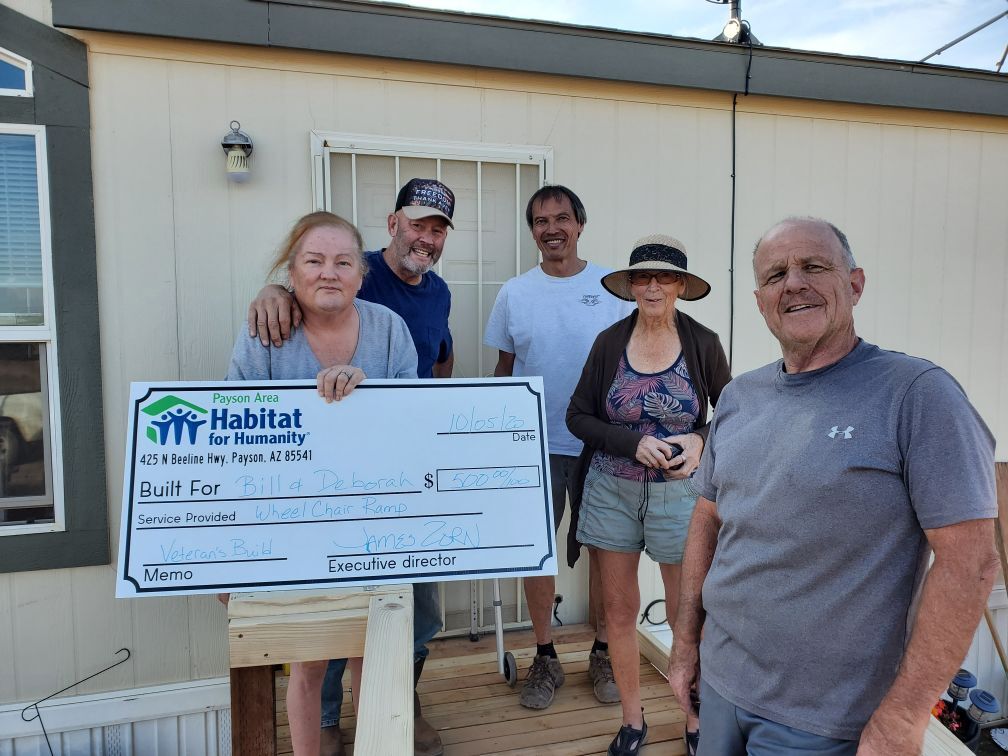 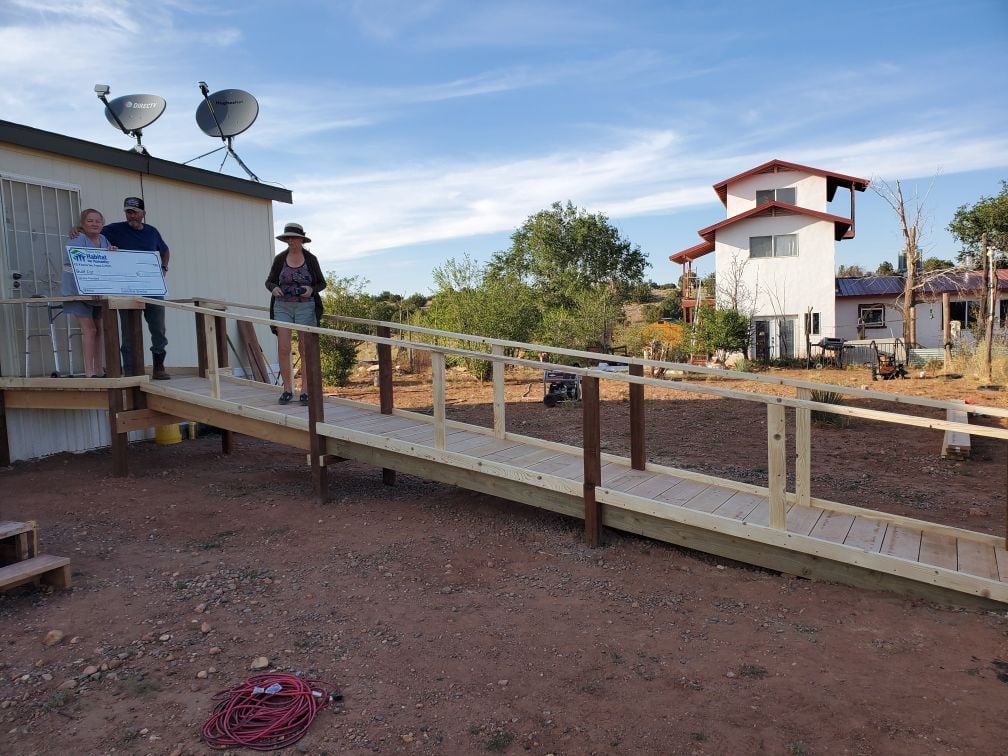 The new handicap accessible ramp built by Habitat for Humanity volunteers. (Above) The steps that were replaced. 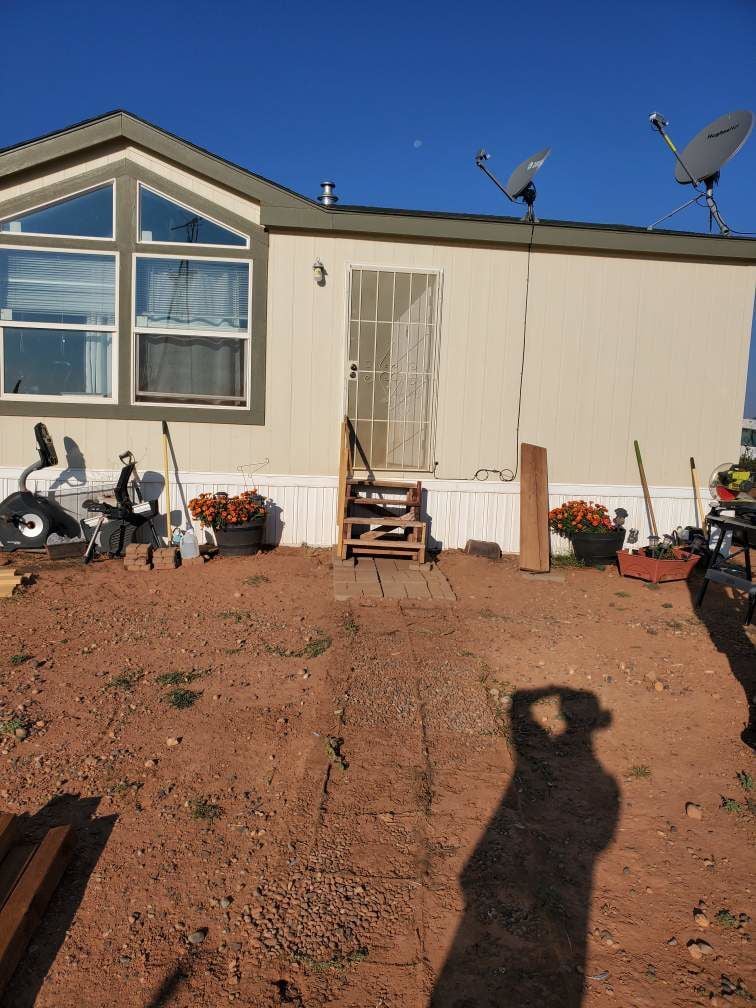 The steps that were replaced.

The new handicap accessible ramp built by Habitat for Humanity volunteers. (Above) The steps that were replaced.

The steps that were replaced.

Habitat for Humanity is making plans to work on its 29th home in Payson.

The nonprofit recently closed on a property at Forest and Sherwood where they will build their next home.

James Zorn, habitat director, said this will be the first site built home in years.

The agency finished their 28th home in October last year, which now houses a man and his two sons. Work included remodeling a manufactured home, but no new construction. That project was completed before Zorn joined the agency.

Records show the last site built project, more than a dozen condominiums on the corner of Longhorn and McLane, wrapped up in June 2014, when the last unit was sold, Zorn said. Construction was completed in phases, with an initial block of condos sold at the end of 2008.

After that project, things seemed to stagnate for several years.

Zorn said nonprofits are at the mercy of board and staff turnover, the economy, the cost of materials and volunteers.

In the years since the Longhorn project, the agency has undergone several changes. Board members and executive directors have come and gone, and there has been a rise in the cost of materials.

But Zorn has made a number of positive changes and completed several smaller projects.

Last Monday, he and two volunteers built a 24-foot ramp for a disabled veteran and his wife, who were having trouble getting in and out of their manufactured home in a rural area outside Heber.

“They had just about the most rickety stairs you have ever seen,” he said.

The couple had tried to get a contractor to come out, but given the location, no one would help.

“So they reached out to us,” he said. “They really had no where else to turn.”

While Habitat is most known for getting families into new homes, they also run programs to keep people in their homes.

Habitat has an aging in place, veterans build and women build programs.

“We can help a lot more people with these smaller projects,” he said.

This is the third ramp Habitat has built since Zorn came on.

He said it felt so good to help the Heber couple.

“They were so happy and so full of gratitude.”

Zorn hopes to have the home on Sherwood and Forest built before Christmas next year.

Zorn said they would work on fundraising events in the coming weeks to raise funds for the next home.

And their goal is to build or rehabilitate one home every three years for a new family.