A coot swims off after Dave Daniels with the Arizona Game and Fish Department untangles fishing line that the bird had become tangled up in within the cattail reeds at Green Valley Park. 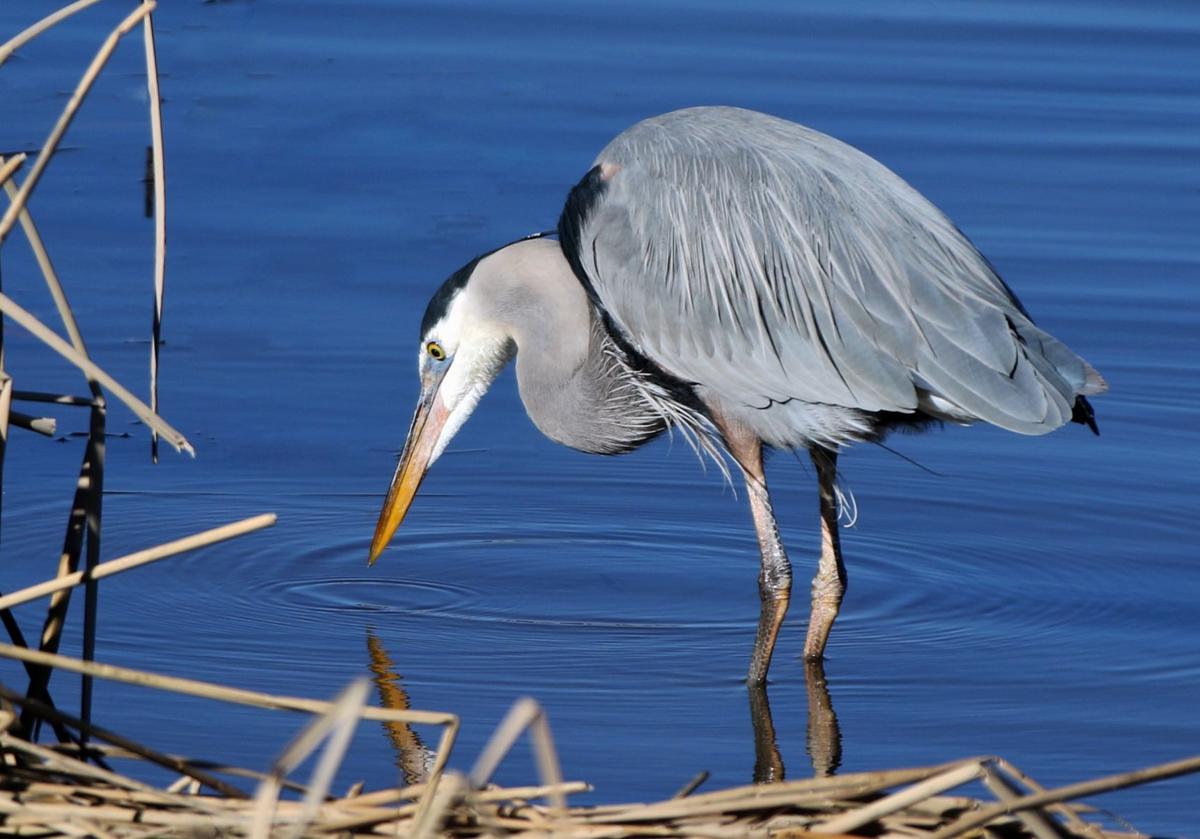 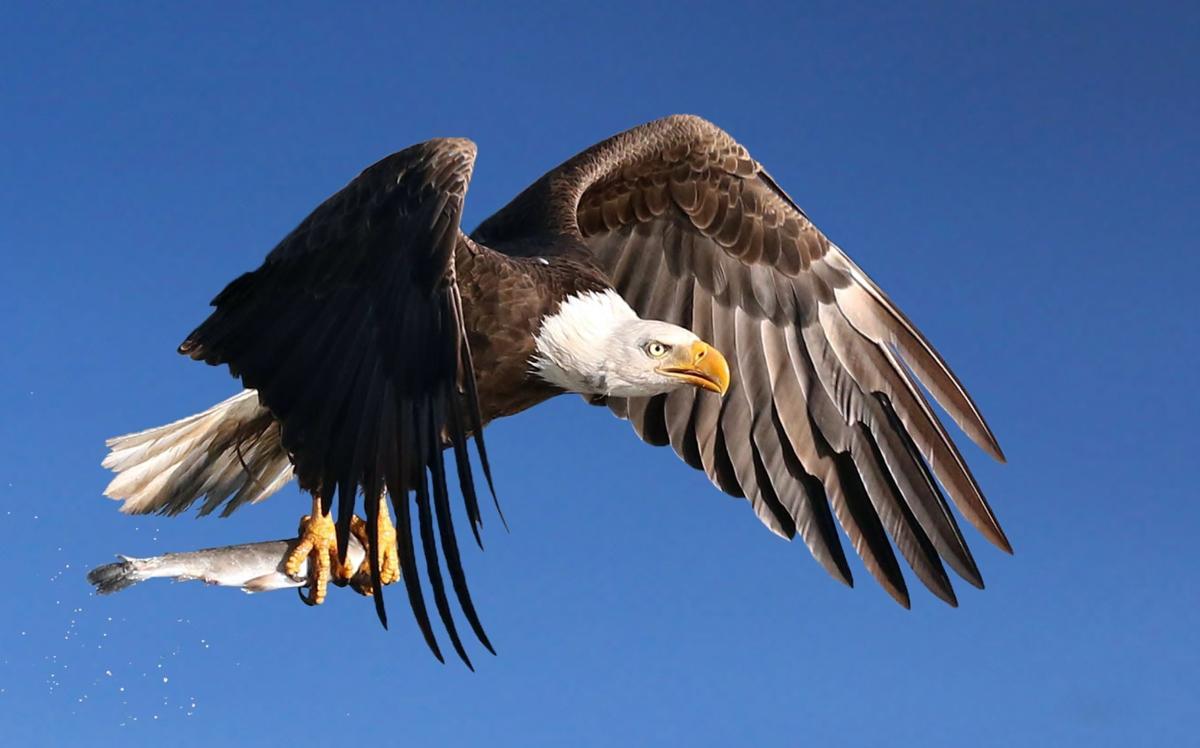 A coot swims off after Dave Daniels with the Arizona Game and Fish Department untangles fishing line that the bird had become tangled up in within the cattail reeds at Green Valley Park.

Many times when I go fishing, I just stop and watch the surrounding wildlife. While fishing along Tonto Creek and the East Verde River, I’ve enjoyed observing deer and elk that didn’t even know I was there. I’m sure they see me more often than I will ever know.

I was fishing below the Second Crossing bridge on the East Verde River a few years ago and had to tie on a new fly. I was really focused on my work, when I heard what sounded like a snort from an elephant trunk. I looked up to see a spike buck apparently unsure about that strange creature blocking his access to the creek. As soon as I moved, he took off.

I have had some strange catches here in Rim Country with my fly rod too. I once caught a bird with my wooly bugger below the Third Crossing bridge. The swallow was cruising just above the water toward me as I watched my fly dance just under the surface. Before I knew it, he grabbed my wooly bugger and took it up to his nest under the bridge. It is a strange feeling to be “fishing” 10 feet above your head.

Fortunately, the barbless hook only caught a couple of breast feathers and the leader had wrapped once around one wing. I quickly released him, and we both had an interesting story to tell our families.

Lately, I have been watching small bass in the Green Vally Lakes (GVL) swim right up against the bank trying to grab resting or low flying dragonflies and damselflies. These insects love to eat other insects, and it is not uncommon for them to attack my dangling fly as it flutters in the breeze when I move a few feet to make my next cast. During one of these shifts along the bank, a dragonfly grabbed my fly and quickly wrapped itself in my line. After a gentle untangling from those delicate wings, and a short rest on my shirt, he flew off too.

Every October, it is uncanny how we magically have an eagle or two show up at GVL. How do they know that the stocking truck will deliver the first batch of trout later that week? I love watching the eagles and the ospreys on GVL and at Woods Canyon and Willow Springs lakes. I will frequently stop fishing to marvel at the pros showing me how it is done.

My best example of that happened when I rented a boat to fish in a lake in Washington on a trip to see the power and devastation from the Mount St. Helens long after the eruption. It was a fishy looking lake that I was told had plenty of trout and bass. I switched rods and tackle several times, trying to entice either a bass or a trout. After a morning of fishing, I only caught one trout.

To drive home the point of my ineptness, an eagle snatched a bass not 200 feet from my boat. Then, within 10 minutes, an osprey dove into the water talons first, and came out with a nice trout, even closer to my boat. What a thrill.

I love the patience and fishing skills of great blue herons too. There is one at GVL that has become my favorite. He is missing a toe. I feel certain that this is a result of tangling in fishing line left along the shore. While we mostly see these birds around lakes when they are fishing, they nest and roost in tall trees. If their feet have fishing line on them when they fly off, they could easily get tangled in a tree, lose a toe like my friend did, or even worse.

Waterfowl are also at significant risk from fishing line. I have even seen turtles and fish tangled in discarded line. Unfortunately, it is a rare day that I don’t pick up a handful of fishing line as I move around GVL, and a lot more when I fish Woods Canyon Lake or Willow Springs Lake.

I am always impressed with the Arizona Game and Fish Department staff that I encounter. To a person, they are incredibly dedicated and go to great extremes to protect the fish and wildlife in Arizona.

I was fishing the big dock on GVL 3 and noticed an American coot struggling on the floating cattails about 10 feet from shore. The bird really could not move from the spot. It was tangled in fishing line and there was no way I could get to it. Dave Daniels, AZGFD wildlife manager, came to the rescue. He couldn’t reach it from shore either, but was undeterred. He called a friend and went to his house to borrow a kayak to rescue the bird. Within minutes, Dave had untangled the coot and it swam off happily; another example of AZGFD going the extra mile for wildlife.

We can all do our part to be sure that the wildlife we enjoy around lakes and streams does not have to suffer from our carelessness. Fishing line is such a danger to wildlife, we should never discard it on the ground. If you see any left by others, please pick it up. I often carry a trash bag on my belt to pick up fishing line, water bottles, pop cans, and bait containers left by others. I don’t want the animals to be endangered by the trash, and I would prefer to fish in places that are clean.