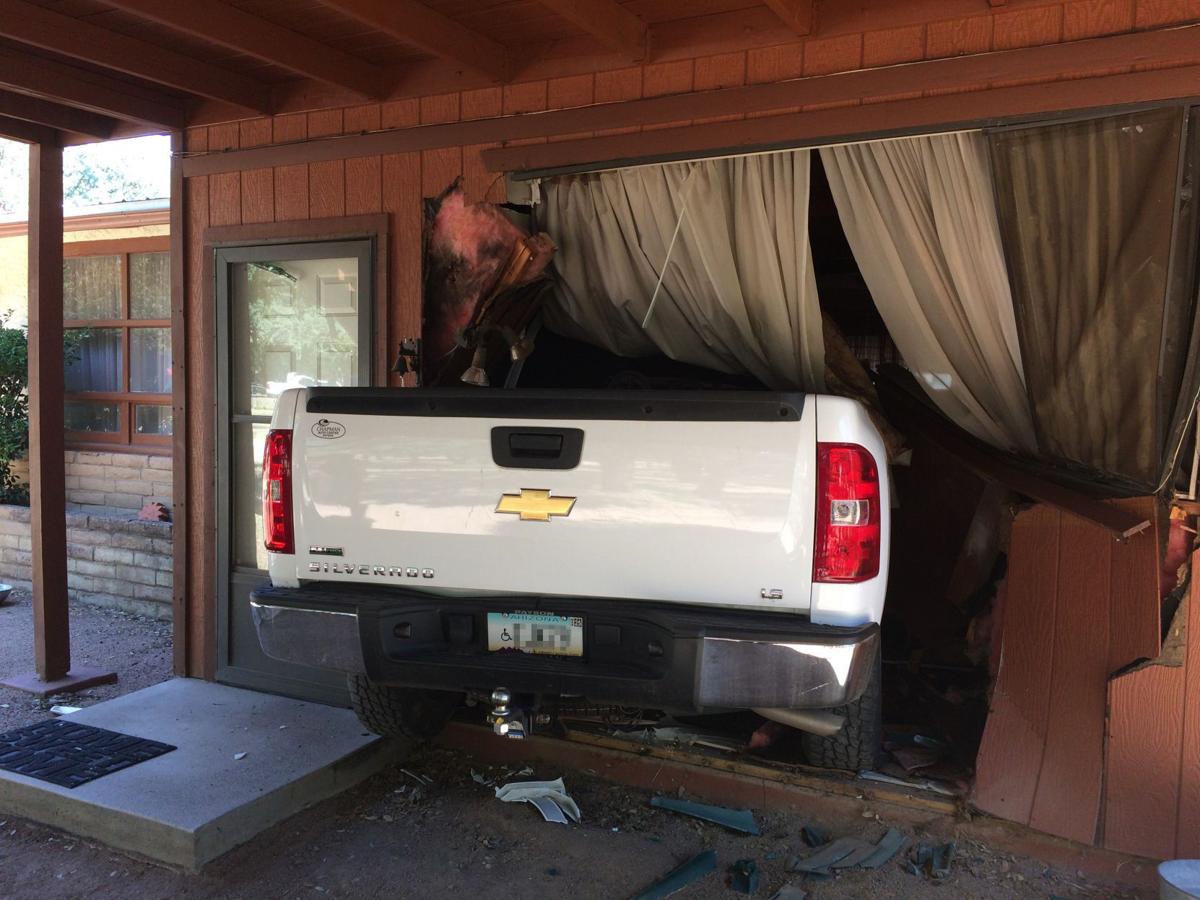 A man was uninjured after his wife drove their pickup into their home Sunday. 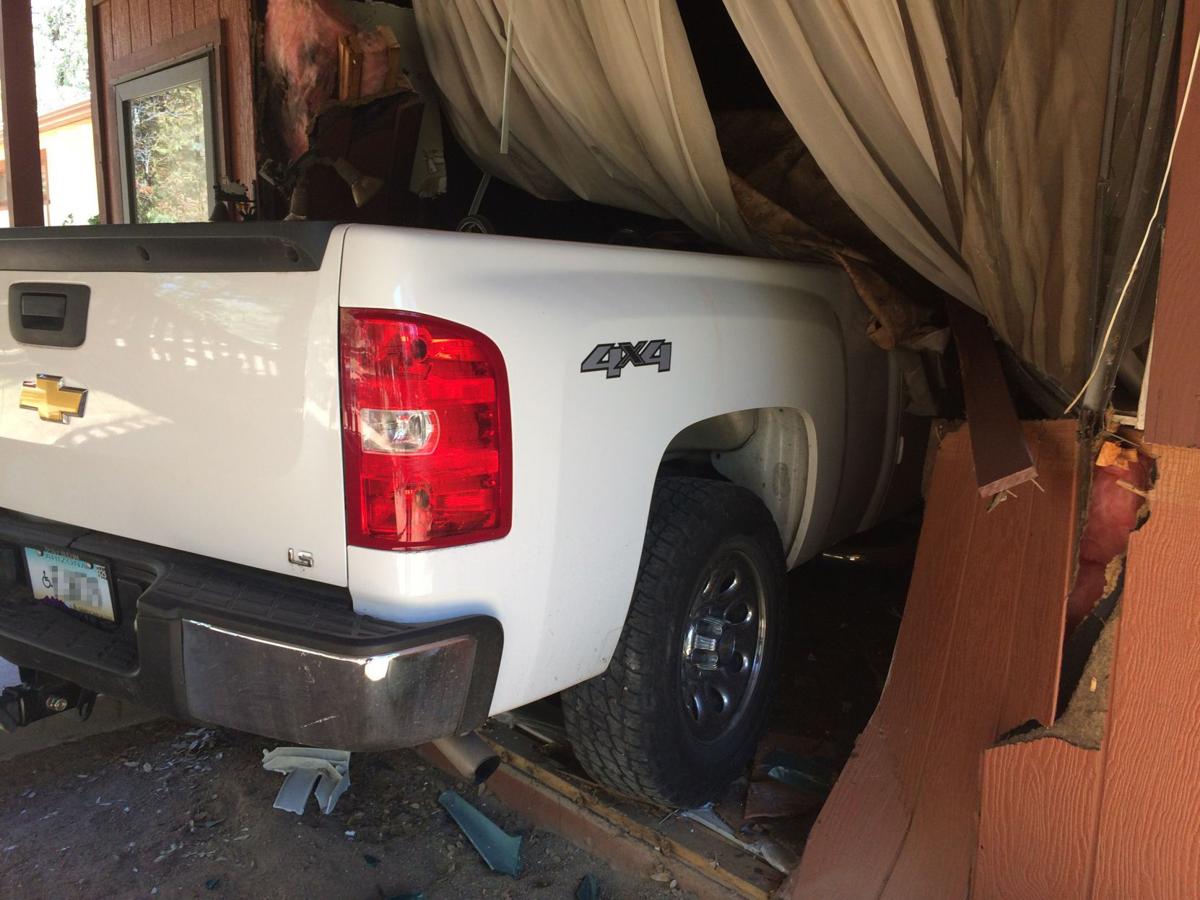 A man was uninjured after his wife drove their pickup into their home Sunday.

A woman drove a truck through her living room Sunday afternoon, nearly taking out her husband.

The man was reportedly sitting in a recliner when his wife drove a large white pickup truck through the front windows, knocking him to the ground, according to a Payson Fire Department battalion chief.

The accident occurred around 1 p.m. in the 400 block of Juniper.

The woman was reportedly pulling in, but it is not clear what caused her to lose control and go into the home.

Police officers helped the man out of the home.

“He was very, very lucky,” the battalion chief said.

While both were shook up, neither was injured and both refused medical treatment.