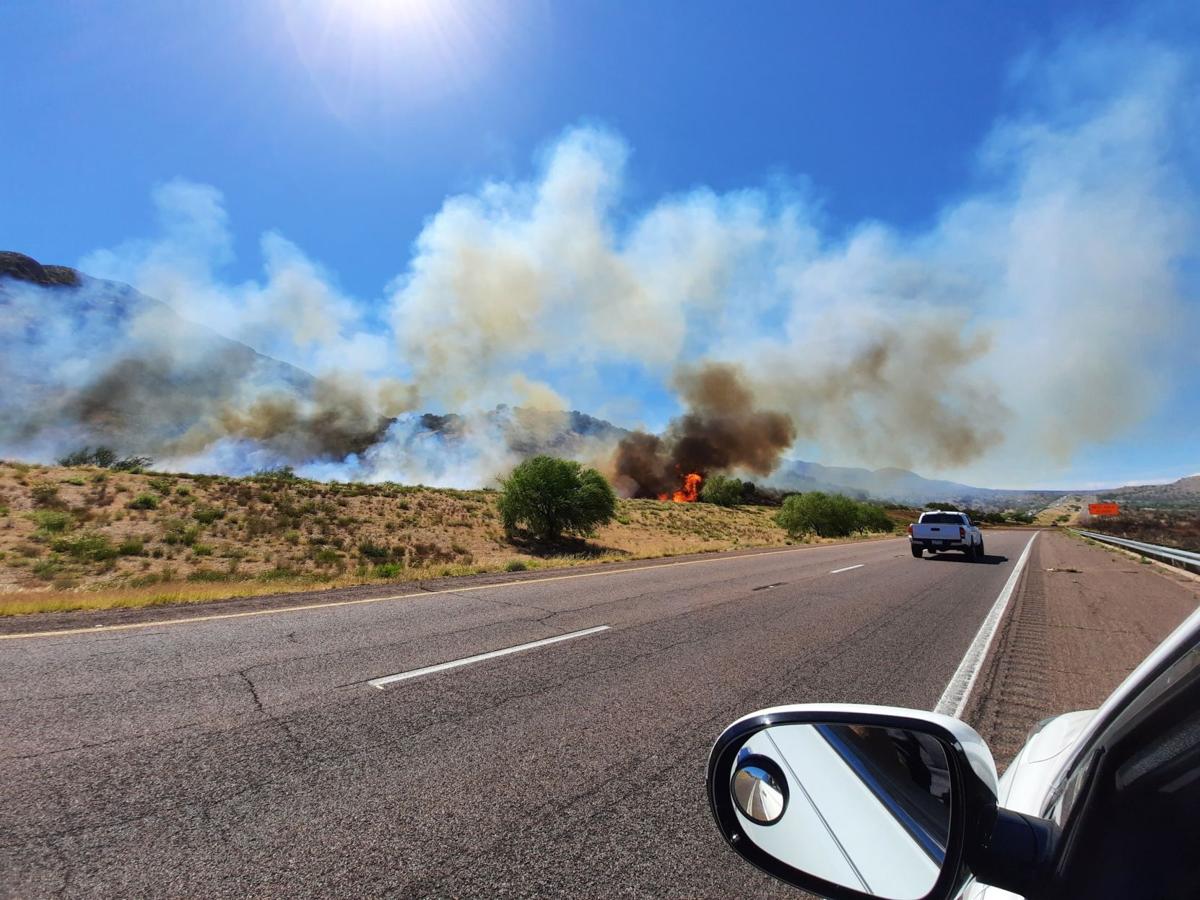 The former Associated Press photographer’s first thought when he came up on the fire was to take pictures. He did so until the fire loomed higher than his car. 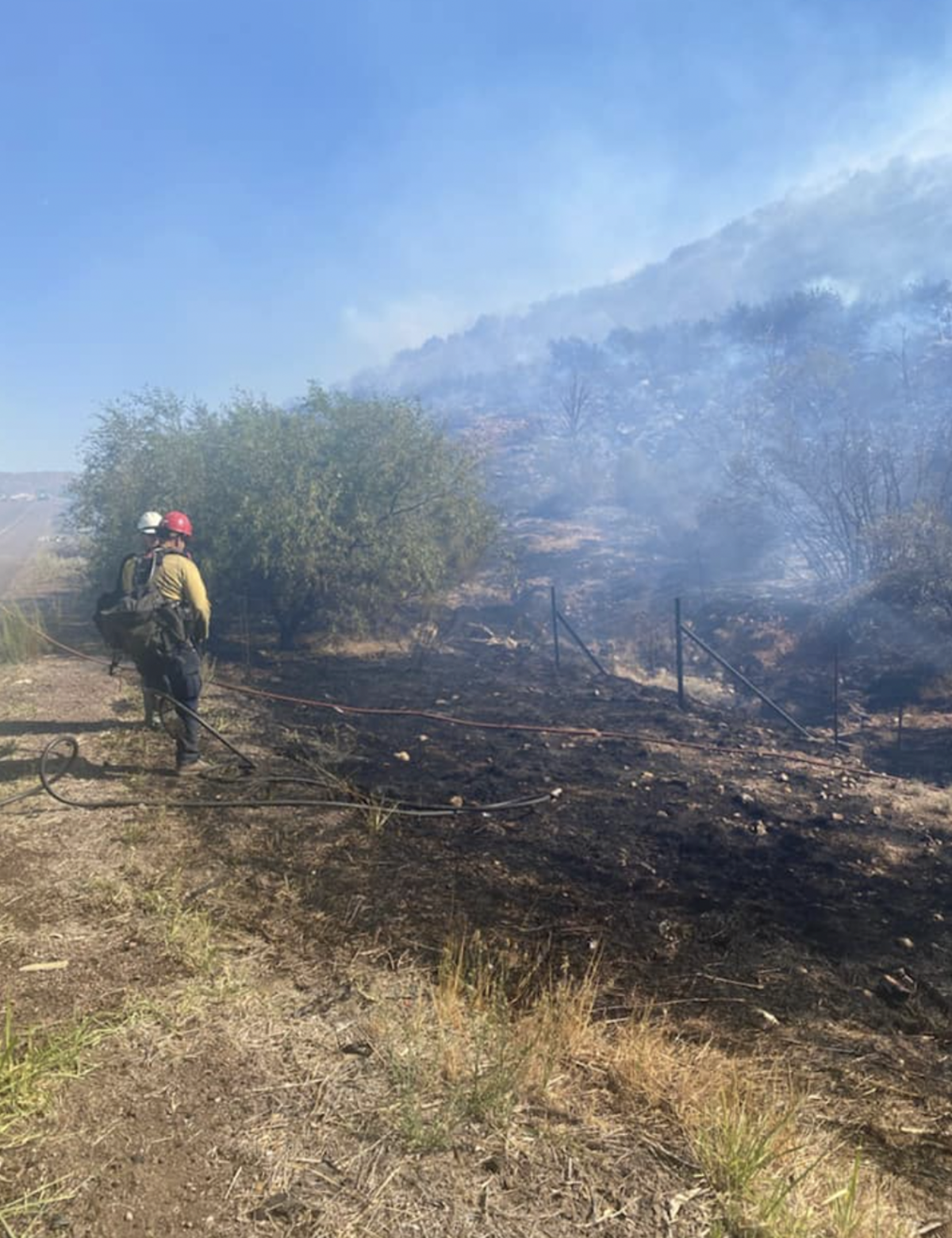 Firefighters work the edge of the Deer Fire that ultimately burned 43 acres along the southbound side of Highway 87 south of Payson. 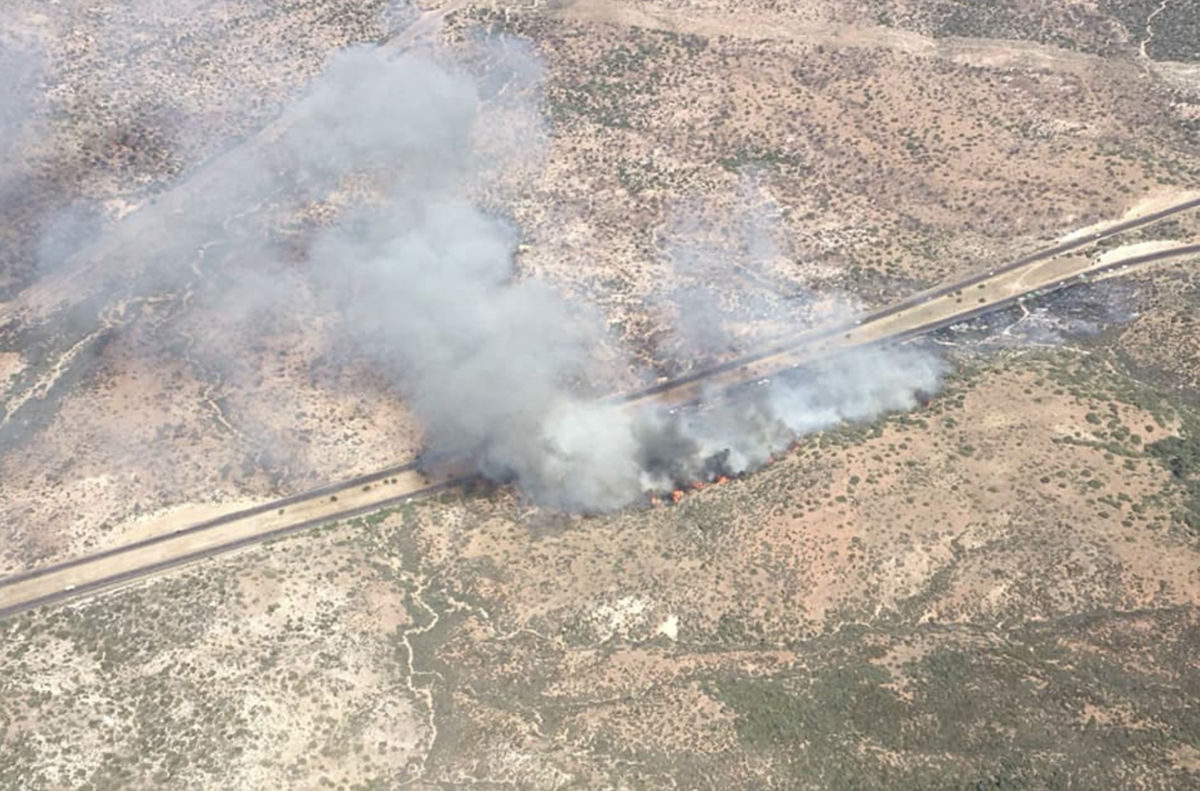 Aerial photo of the Deer Fire. 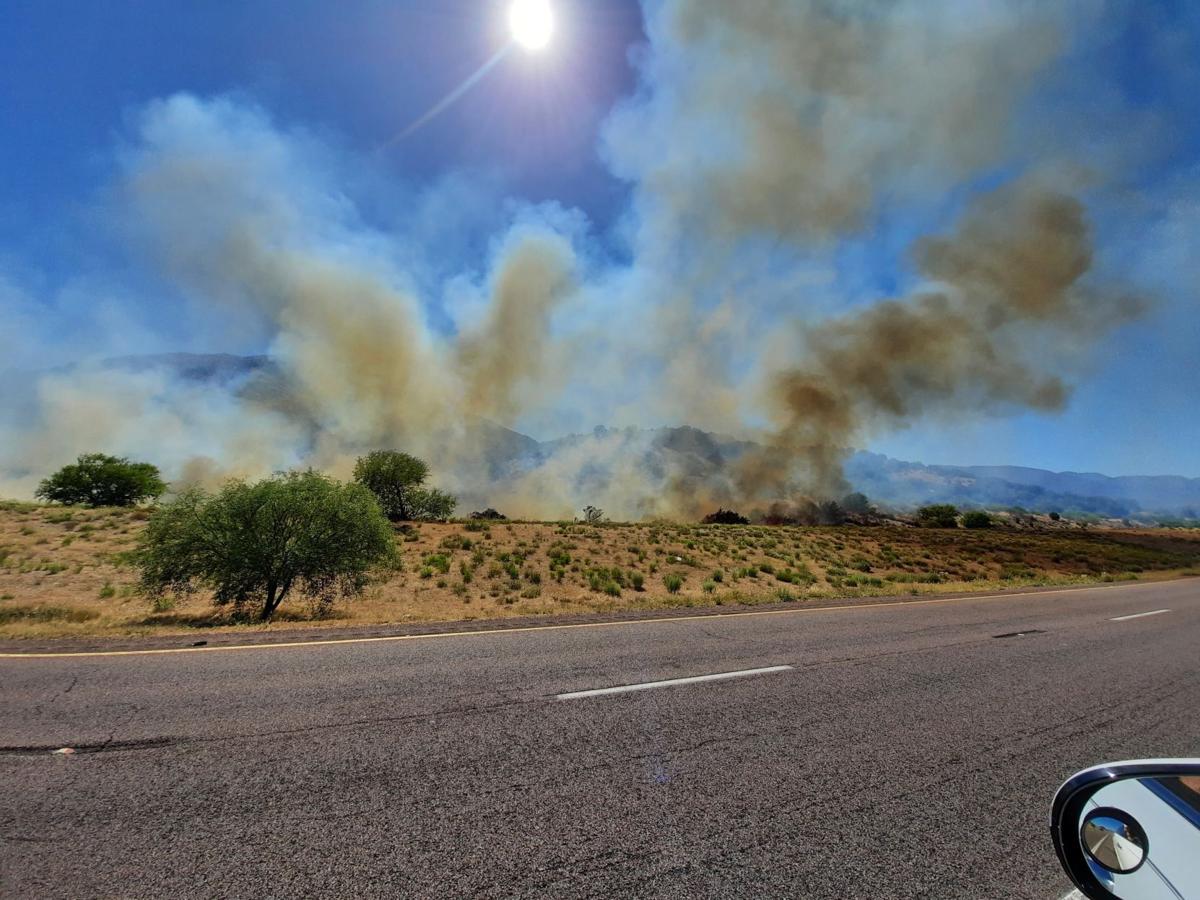 Jeffrey Robbins took this photo of the Deer Fire burning along Highway 87 on Sunday of the Memorial Day holiday. 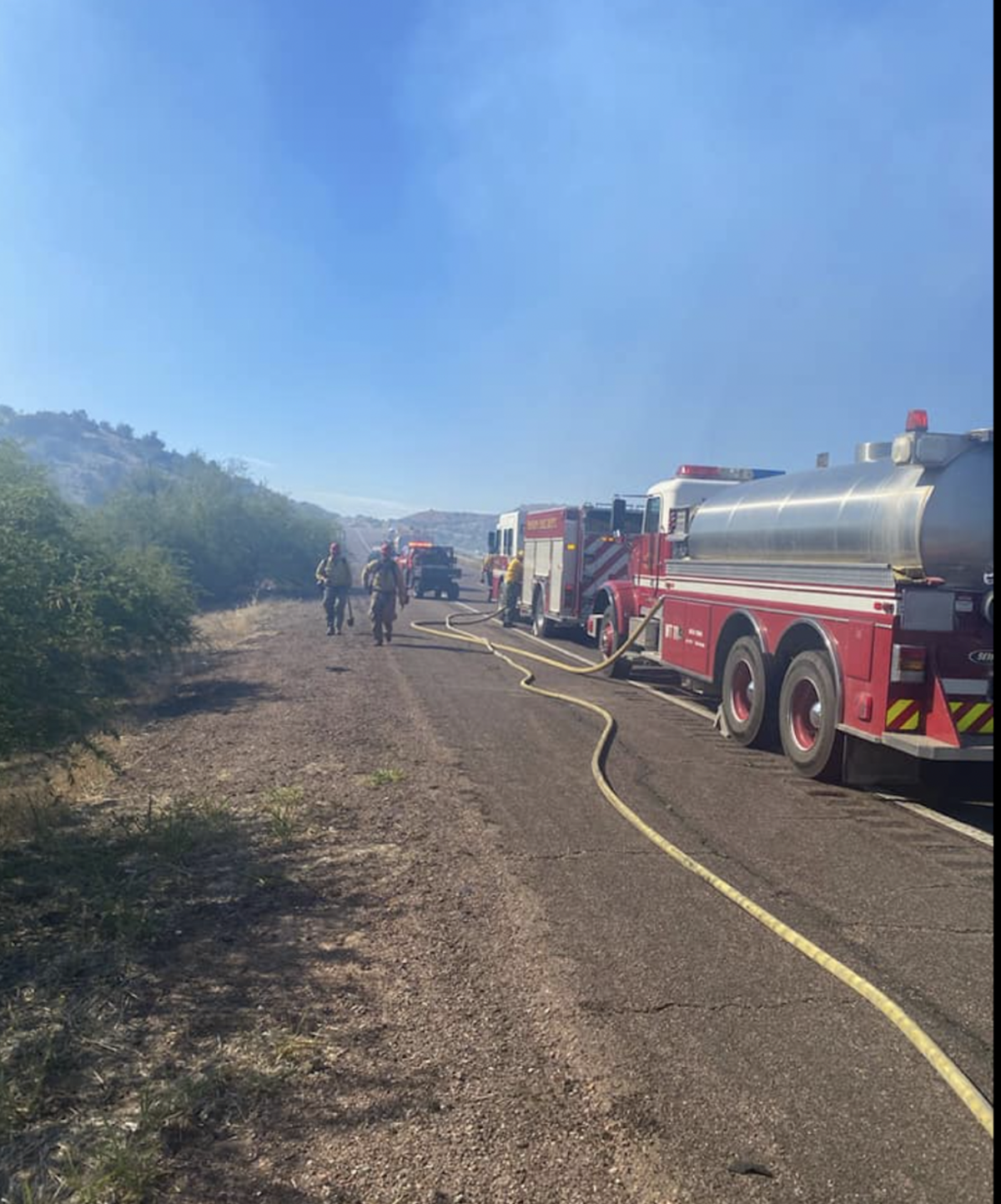 The former Associated Press photographer’s first thought when he came up on the fire was to take pictures. He did so until the fire loomed higher than his car.

Firefighters work the edge of the Deer Fire that ultimately burned 43 acres along the southbound side of Highway 87 south of Payson.

Firefighters contained a wildfire on May 30 located south of Payson on Highway 87 near the Highway 188 Roosevelt Lake turnoff.

Dubbed the Deer Fire, it burned 43 acres and closed the highway to southbound traffic for hours during Memorial Day weekend.

Payson resident Jeffrey Robbins, retired from the Associated Press, came upon the fire as he drove home from vacation.

“At that place after you come down Slate Creek, the zigzag area of the road, at that point I saw a little bit of smoke. It was unnerving,” he said.

As he came around the hill the “fire was up in the air.”

Unlike what most drivers would do — leave quickly, the former news photographer pulled over and started taking pictures.

“My concern was that the wind was blowing northeast. It was heading towards Deer Creek,” he said.

He watched as fire trucks came down from Rye “fighting traffic.”

Robbins didn’t arrive at the fire until 3 p.m. By that time, he said he could not see the southbound lane.

He grabbed a few photos before the fire quickly grew and “loomed over my car.”

By 5:30, officials opened one lane to southbound traffic.

By 7 p.m., fire officials stopped the forward progress of the fire.

Robbins heard from a sheriff officer that a car fire started the wildfire. The Forest Service would only say the Deer Fire was human caused.

The fire burned in thick brush and grass parched from the drought conditions.

Rim Country received no monsoon rains last year, nor much winter precipitation. The Forest Service and all Rim Country fire personnel have grave concerns about this fire season because the trees are so dry. Tree ring studies indicate this is the worst drought in a thousand years.

The Tonto National Forest is in Stage 1 fire restrictions. That means no campfires, unless in designated fire rings. No target shooting, except in ranges. And no smoking, except in an enclosed or cleared space.