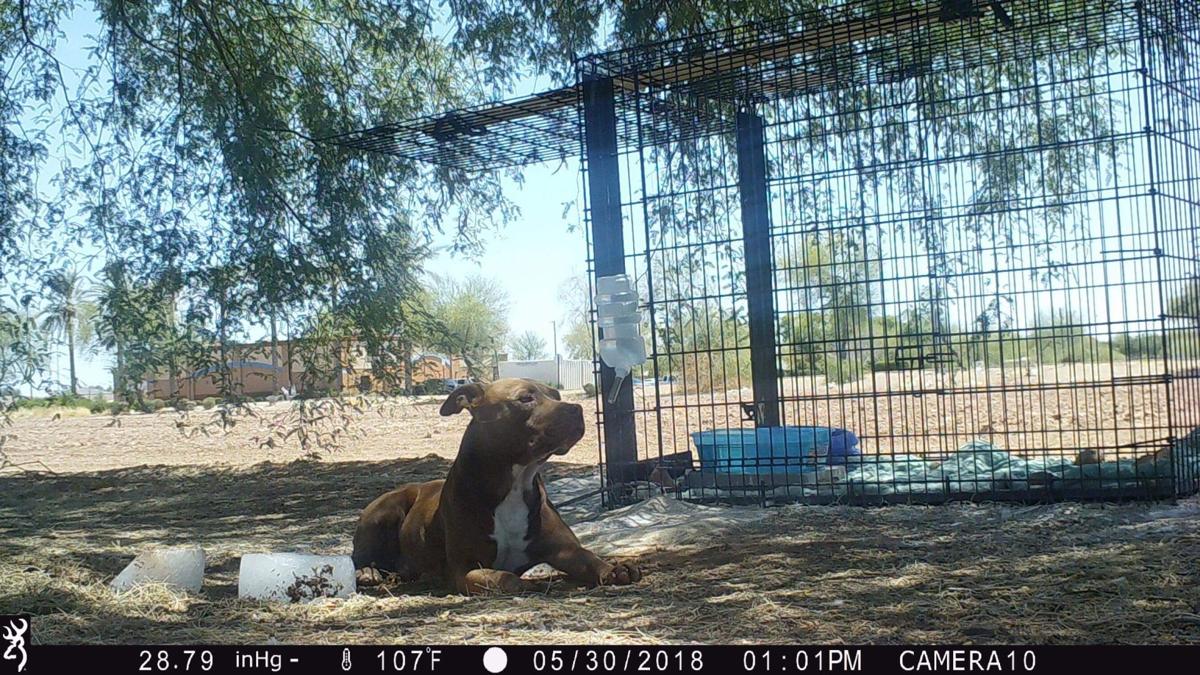 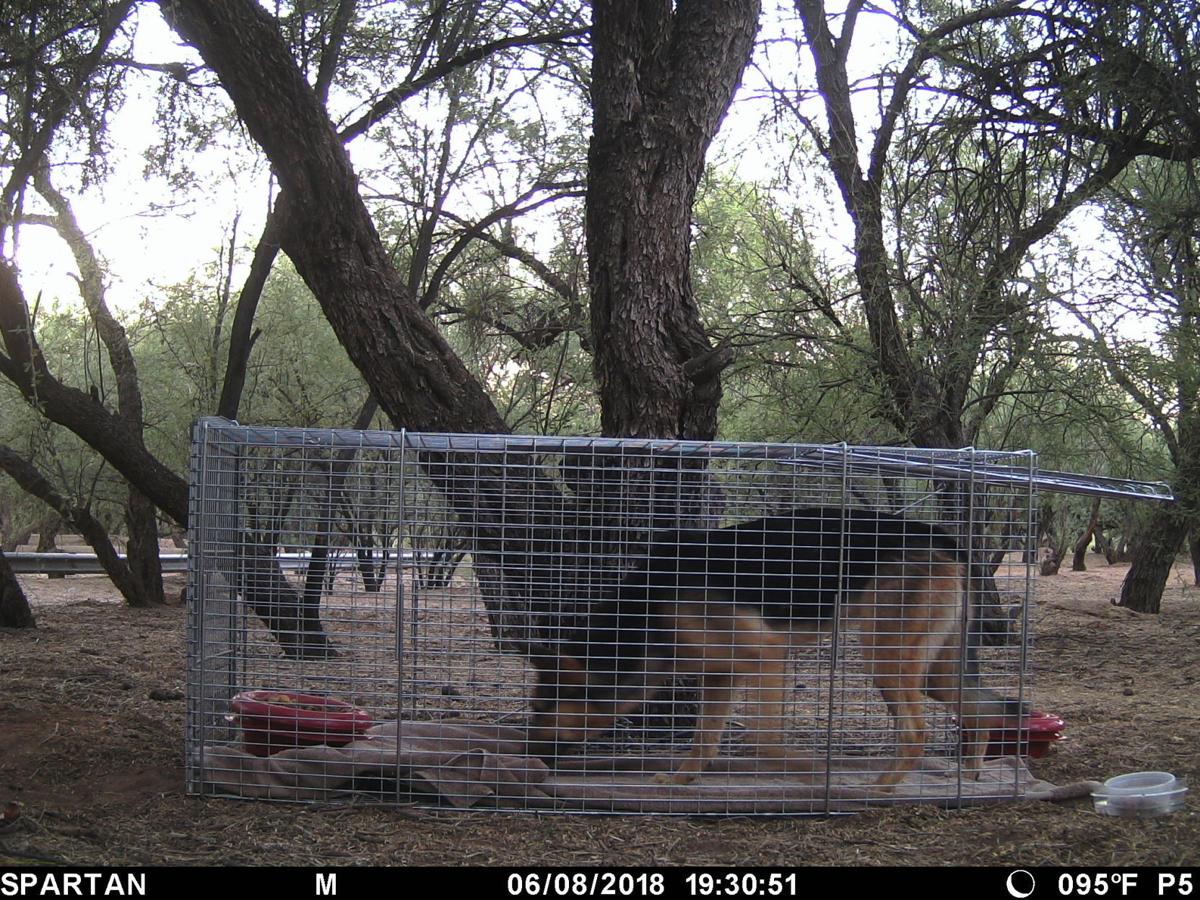 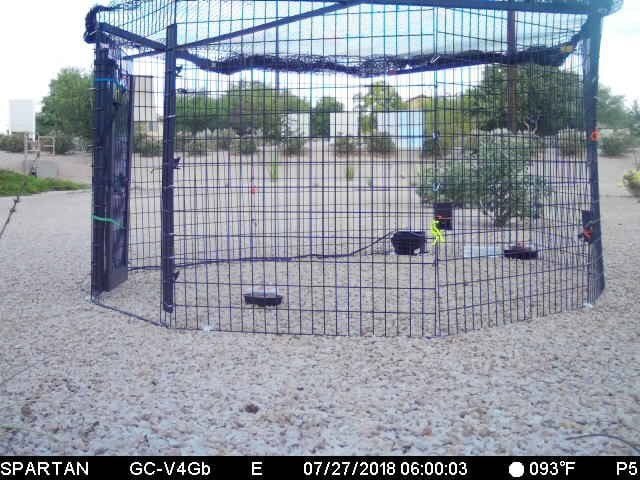 A corral trap, powered by a battery-operated electro-magnet, is set for a stray dog. 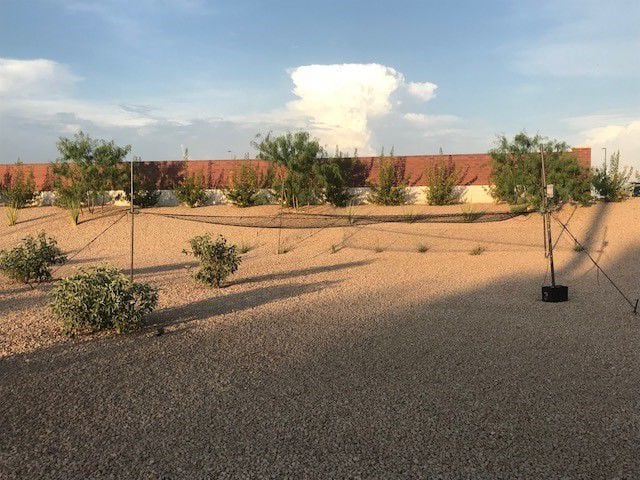 HARTT’s 25’ x 25’ “drop net” – when a dog eats under the net, a remote control is pressed and the net falls on the dog, safely capturing the target dog.

A corral trap, powered by a battery-operated electro-magnet, is set for a stray dog.

HARTT’s 25’ x 25’ “drop net” – when a dog eats under the net, a remote control is pressed and the net falls on the dog, safely capturing the target dog.

Humane Animal Rescue and Trapping Team (HARTT) is a 501(c)(3) nonprofit in Arizona, based in Phoenix.

HARTT was founded by Cheryl Naumann, formerly a CEO of the Arizona Humane Society in Phoenix, who has served in various active roles in animal welfare for 15 years.

In 2012, Naumann started volunteering in her community with humane trapping of dogs and injured cats.

“I found out there were a lot of dogs nobody could catch. The Humane Society and animal control officers typically use a leash or a snare which requires getting close to the dog. They don’t often use humane traps because they are time consuming to set up, monitor, etc.,” said Naumann.

“The first dog I helped had been living on the side of a freeway for three months. Her name was Roxie. I bought a trap, had it shipped and trapped the dog. I started doing this for other dogs and it was very successful and all of a sudden everyone was coming to me.”

Naumann is owner of Second Home Pet Resort in Phoenix, and chief human resources officer at the University of Phoenix. She works approximately 50 hours a week, in addition to her volunteer trapping work. She developed a workshop to teach others how to trap before founding HARTT in the spring of 2017.

“I’ve lost my dog and found my dog, and it’s terrifying,” said Naumann.

“Our goal is to teach best practices for successful humane trapping, through our workshops, and accumulating skilled volunteers. Now we have 14 pretty regular humane trappers in Maricopa County. We’ve had people from Mojave County, Pinal County and Coconino County come to the workshops. We hope to have people come from all communities to learn these skills and, in some cases we can provide trapping equipment.”

The traps cost up to $500. Naumann said cheaper traps break after only one or two uses. The organization also uses nine $500 cellular trail cameras which are used to remotely monitor live traps; motion at the site of a live trap triggers a photo which is sent to the trapper’s phone app within a few minutes.

Some of the traps Naumann built herself, using an electric beam that shuts the door when the dog crosses it.

The group relies on volunteers and donations to buy trapping equipment and cover vet care for strays.

“Last year we rescued more than 250 dogs and more than 20 cats,” she said. “We only trap cats that are severely injured and in dire need of veterinary care.”

HARTT was instrumental in trapping Angus, a German shepherd recently lost in the Coconino National Forest for 18 days and hit by a car. Angus was successfully reunited with his owner Angela Casto who took him to VCA Animal Referral and Emergency Center of Arizona in Mesa, where they placed a plate and screws in his broken right leg. He is home and expected to make a full recovery.

Naumann said that dogs have amazing survivability. “Their biggest danger is cars. Dogs lost in the forest fare much better than those lost in the city. We’ve never once had an animal that we’ve trapped who has been attacked by wildlife. There have been pictures of skunks, javelina and elk at the trap sometimes within five minutes of the dog being in the trap and they don’t come across one another. Roadways are the biggest risk.”

Once a dog is trapped, the team determines the next step for each animal. Naumann said, “If they’re owned dogs, they go back to their family. The Arizona Humane Society has a trauma hospital for injured, homeless animals. If they are friendly and healthy, they go to our rescue partners. If they are so shy they cannot interact with people, we bring them to the pet resort and rehabilitate them over weeks or months and build their confidence and teach them to be loving.”

HARTT is holding a new volunteer training workshop from noon to 5:30 p.m., Friday, Oct. 12 in Glendale. There is an early bird discount ticket cost of $44 if registered before Sept. 1. After Sept. 1, the ticket cost is $55.

Rim Country residents Marsha Crabtree and Alison Webb, who run the Payson AZ Lost/Found Pets Facebook group, will take the training in October and plan to start the service in Rim Country.

If you are interested in attending this workshop, please email info@azhartt.org to request information on attending the event.

Lost in the forest for 18 days - Angus' journey home

It was getting dark. They could wait no longer before returning to Phoenix. Without their lost log.