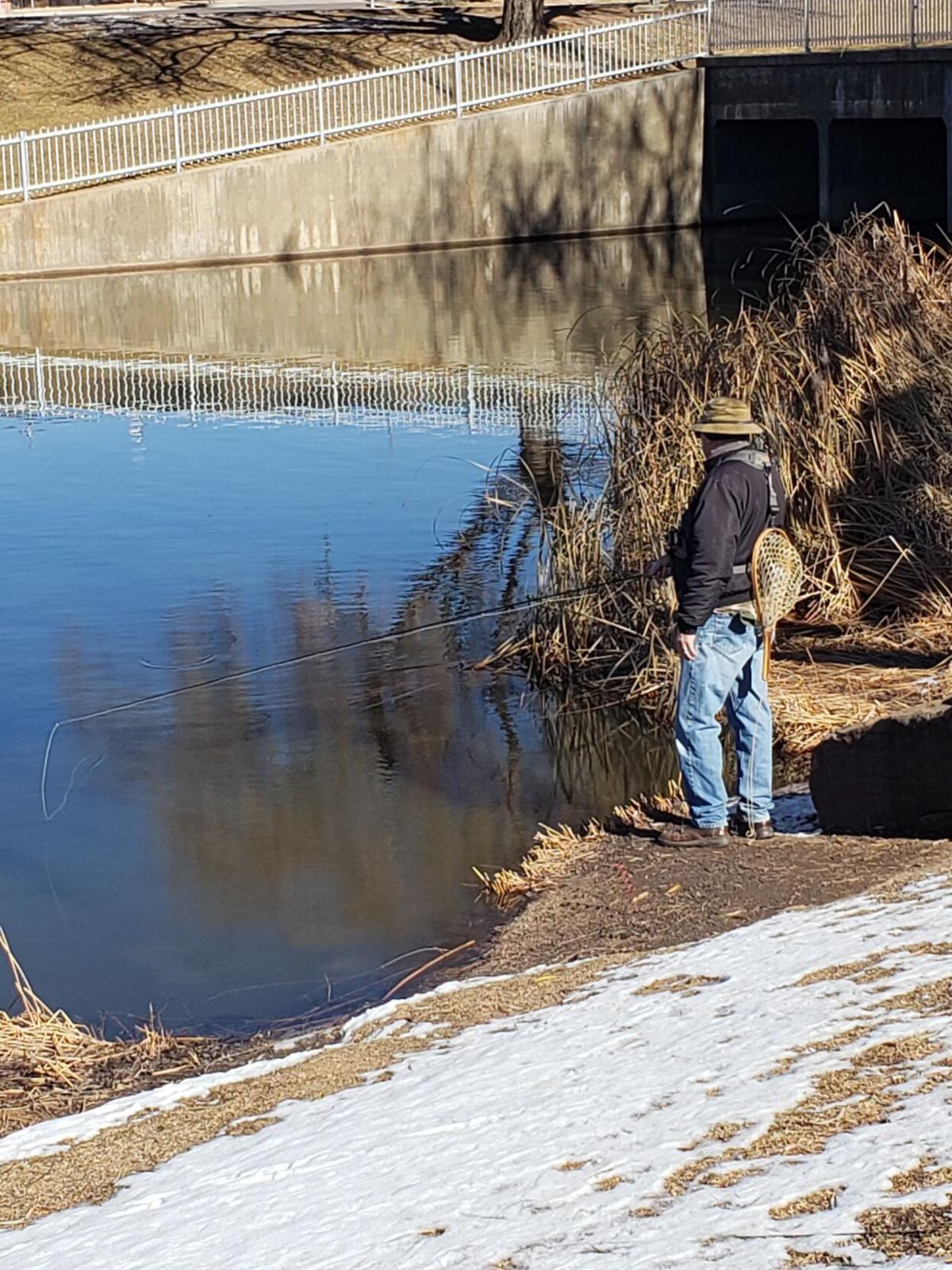 Fall and winter fishing at Green Valley lakes is a great pastime. 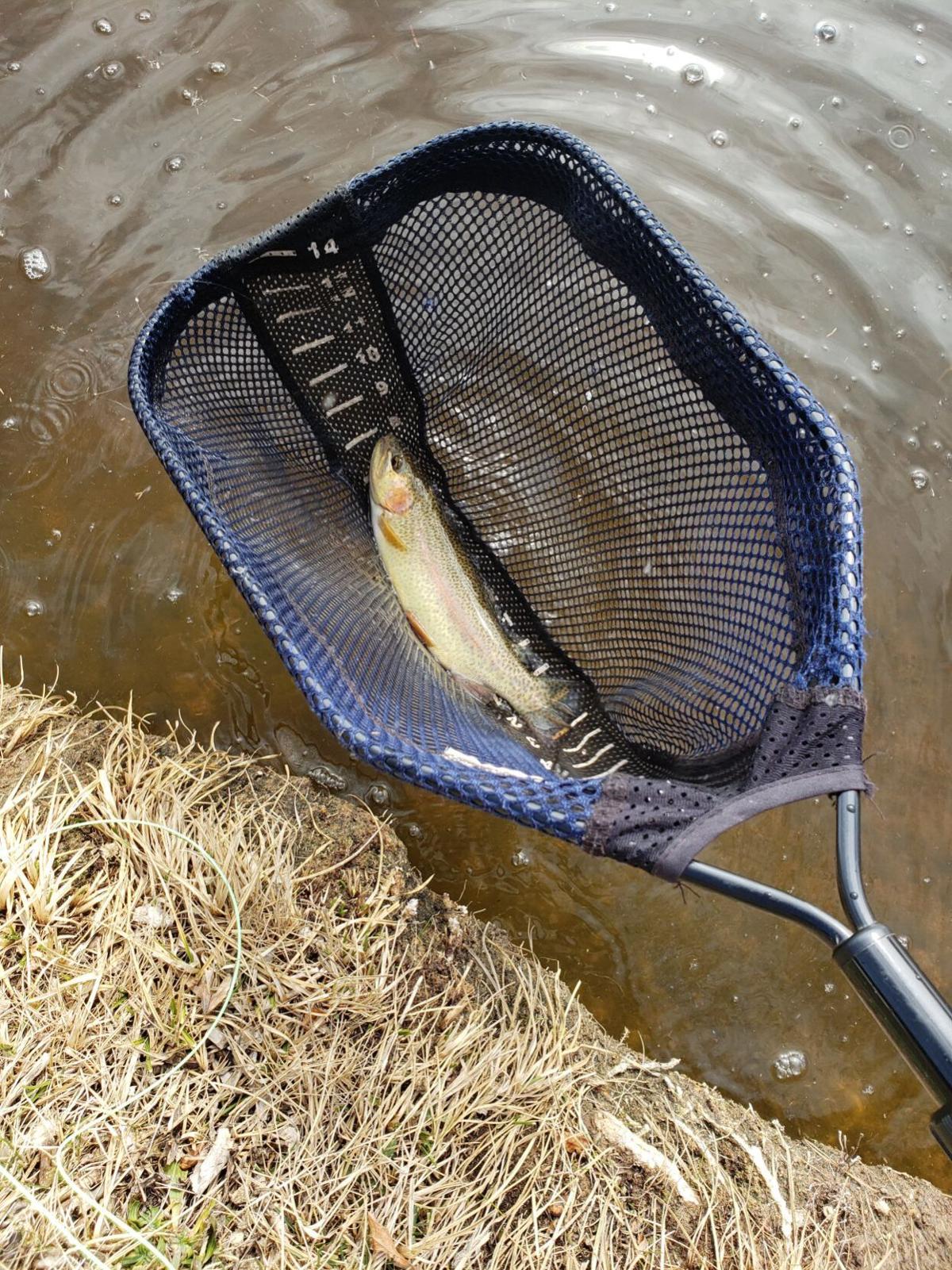 A long-handled net comes in handy when landing trout in the Green Valley lakes.

Fall and winter fishing at Green Valley lakes is a great pastime.

A long-handled net comes in handy when landing trout in the Green Valley lakes.

One advantage of living in Payson is that from October through May residents can catch trout within a few minutes drive from their homes. The Arizona Game and Fish Department is scheduled to stock Green Valley lakes (GVL) for the first time this fall during the week of Oct. 5. The stocking plan for the October-May season is for the lakes to be stocked every two weeks.

Sometimes folks assume that stocking occurs on the first day of the week. Often, that is not the case. The stocking trucks serve many lakes and communities throughout the season and often make deliveries to multiple locations on a given day. Another variable that affects stocking is water condition. Before trout are stocked, AZGFD measures water temperature and pH to determine that the lake is in great shape to accept the fish. Occasionally one of our lakes may not meet the standards, which would mean that lake will not receive fish during that stocking event. That doesn’t mean that there aren’t any fish in the lake, simply that new fish will not be added to that lake that week.

I lose track of when the lakes are being stocked as the season progresses, so I check the azgfd.gov website throughout the year. If you look under the fishing tab, there is a stocking schedule section. It lists both the Community Fishing Program lakes, which our town lakes are a part of, as well as the schedule for other lakes and streams that are part of the statewide winter stocking schedule. For those who have never used this feature on the AZGFD website, if you click on a particular stream, it will take you to a map that shows the stocking locations for that creek.

While trout will be stocked soon, there are always bluegills, crappies, and bass in the lakes. I have caught all four species on the same fly in a day on several occasions.

Most anglers who fish GVL fish with some sort of bait. PowerBait, worms, mealworms, and corn all work for trout. Small spinners are also a good option. I like to fish with flies, and do well with bead-head flies and midge imitation in brown, green, and black in hook sizes from 12 to 18. Woolly buggers in the same colors stripped in spurts are often effective as well.

The daily bag limit at GVL is four trout per day. That can sometimes happen quickly if you keep your fish. I prefer to release fish and only keep the occasional trout that I cannot release unharmed.

You might consider carefully releasing your trout if you want to extend your fishing for the day. It is important to be as gentle as possible with trout as they do not recover well from rough handling.

If you plan to release your trout, a wet hand rather than grabbing them with a rag will not damage the slime layer that they depend on to protect them from disease. If the fish has swallowed the hook, do not pull it out of its throat. Instead, cut the line close to the fish’s mouth and carefully release it. The fish can survive with a hook in it as long as it is not bleeding. If it starts to bleed, plan on keeping the fish.

When you release a trout, unlike bass, bluegills, and crappies that can handle a soft toss into the lake, trout will often go belly up and not recover. I like to net my trout, and with the barbless hooks I use, they often come unhooked while in the net. If not, once they are quickly unhooked and I put the net back in the water, they immediately swim off.

If a trout is struggling, hold it upright and move it forward and backward to circulate water through the mouth and gills. Usually, the fish will recover in less than a minute and swim off. Again, if it doesn’t recover, plan on keeping that fish.

Fishing any of the Community Fishing Program lakes can be done with a community program fishing license for $24. I always buy the general fishing license for $37, which allows me to fish the Community lakes as well as all the lakes and streams statewide. Kids from 10 to 17 can purchase their license for $5. Kids 9 and under fish free. All licenses are good for a full year from purchase. You can get them online through the AZGFD website or locally. Remember, license fees pay for the fish that are stocked in our lakes and streams for all of us to enjoy.

Get ready for trout season on the Green Valley lakes. I hope to see you out there.