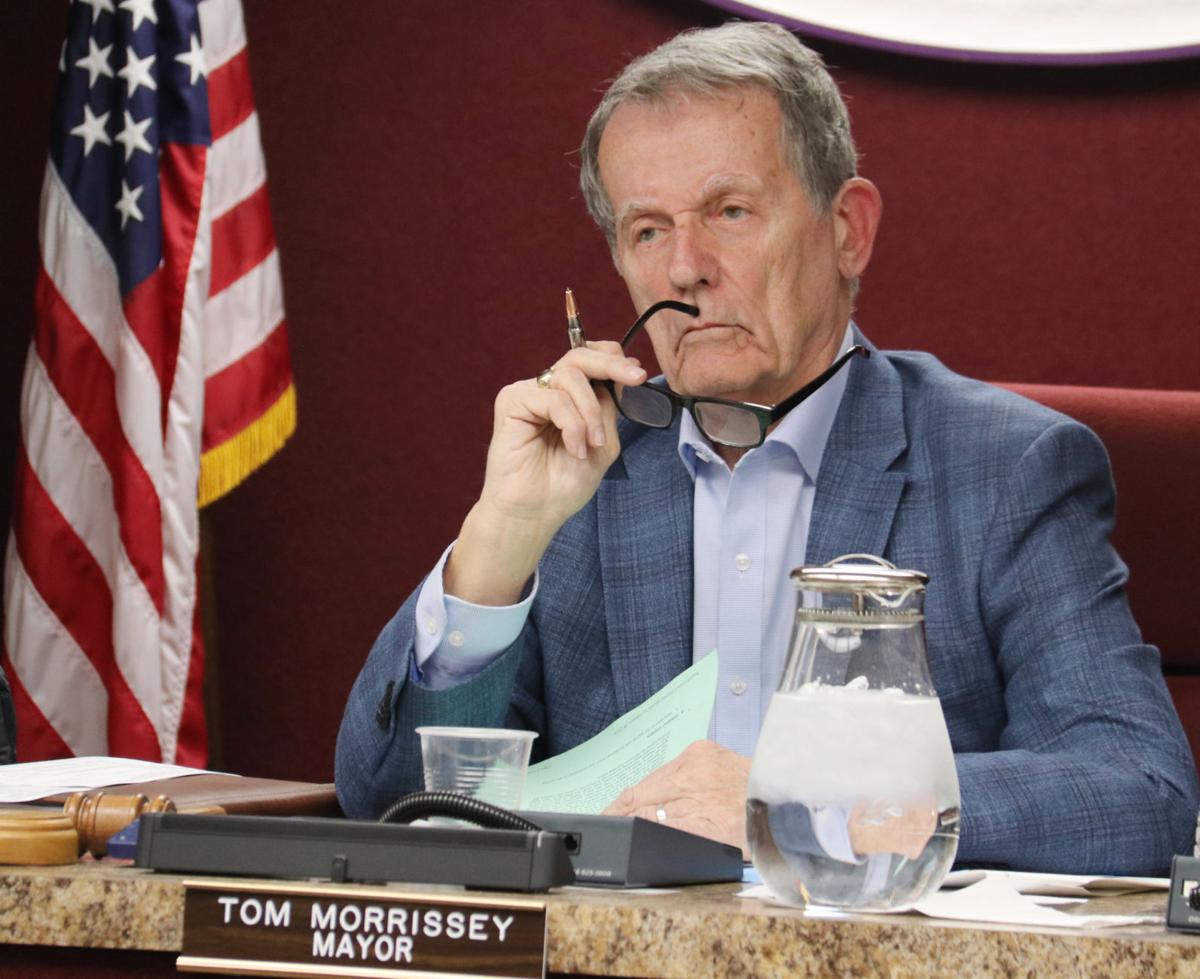 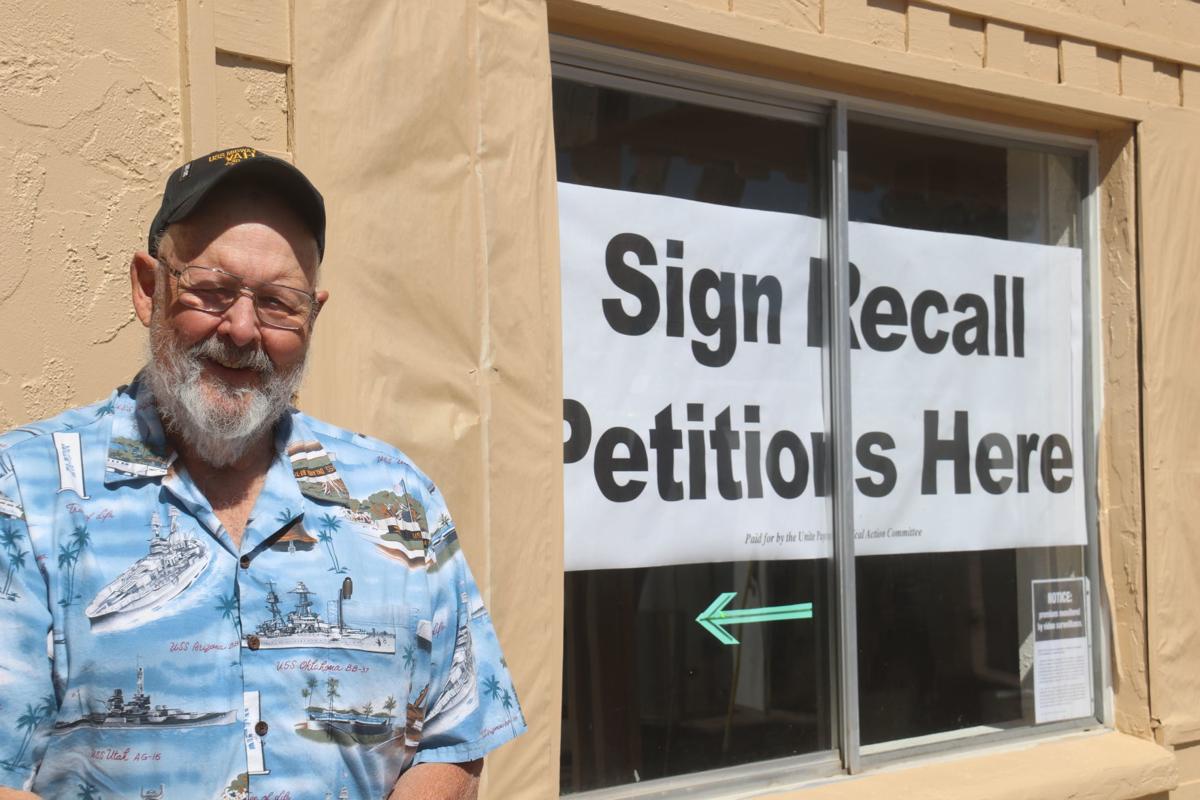 Residents packed the Payson courthouse Monday to learn the fate of the recall election against Mayor Tom Morrissey.

A judge Tuesday barred the election, saying Unite Payson needed to collect 1,225 signatures, not 770 based on his interpretation of the law.

“For that reason, the relief Mayor Morrissey requests must be granted and the recall election must be enjoined,” wrote Judge Randall Warner.

Morrissey said he was “very happy” with the judge’s ruling.

“I feel justice was served for many reasons,” he said. “What came out in the testimony was the irregularities on some of the signatures.”

Unite Payson’s Stan Garner, who heads up the recall effort, told the Roundup Wednesday that their legal team had not yet decided their next move and they may file an appeal. He did not say how many signatures backers have gathered to date, since they continued collecting signatures after hitting 770.

Judge Warner acknowledged at Monday’s hearing that lawyers would likely file an appeal, meaning the Arizona Supreme Court could ultimately decide if the recall election will take place in March.

Morrissey said he is already focused on other matters, like opening a warming center for the homeless this winter; a new town pool and a water agreement with the Tonto Apache Tribe.

“I am getting things done here,” he said, despite the distraction of the recall.

He issued a warning to those who had pursued the recall.

“They are going to have regret having done this,” he said.

Garner said Wednesday they continue to collect signatures both for the recall of Morrissey as well as council members Janell Sterner, Jim Ferris and Suzy Tubbs-Avakian, but would not say how many signatures they have gathered.

The group gathered more than 970 signatures in less than a month (821 that were deemed valid), more than the 770 they needed to recall the mayor, according to Town Clerk Silvia Smith.

Smith then called for a recall election in March 2020.

Morrissey’s lawyer argued there were several reasons why the election should not go forward; including that Smith had “illegally” called the election based on an inaccurate calculation on the number of signatures needed.

“Mayor Morrissey filed this special action and injunctive lawsuit to challenge the recall election on two grounds. First, he argues that a number of petition sheets must be invalidated because one or more electors on them did not write their own addresses ...” Warner wrote. “Second, he argues that the number of signatures needed to force a recall election is not 770, but 1,255.”

At Monday’s hearing, Smith testified as well as several residents who lawyers had subpoenaed. Those residents either signed or circulated petition sheets for Morrissey’s removal. Lawyers questioned if some had signed the form or if someone else had filled in their information — which could invalidate those petition forms.

Several residents testified while they had signed, a spouse had filled in their address because health issues, such as tremors, prevented them from writing clearly.

Only one man testified that someone had forged his signature on the form, a claim petition circulator Michael Chittick flatly denied.

Morrissey supporters arrived at the courthouse early Monday to get a front-row seat to arguments. Only two dozen or so people can fit in the cramped courtroom, so many were forced to watch on a closed-circuit television from another room where audio issues obstructed nearly every other word. Still, most stuck it out for the five hours of testimony.

In the courtroom, a string of lawyers stretched from one side of the room to the other. On one end of the table sat Morrissey with his attorney, Timothy La Sota, lawyers from the Town of Payson and Gila County sandwiched in the middle and Garner with his lawyer, Eric Spencer, along with several other lawyers from Spencer’s firm, at the opposite end.

La Sota’s first witness was a man who said Michael Chittick had come to his home. He later learned his name and signature had appeared on a petition sheet that Chittick had circulated. The man said the signature on the form did not match his signature.

Chittick said the man’s claim that someone had forged his signature on the petition was a lie, adding he never entered anyone’s signature or address on any of the forms.

Morrissey said he believes Chittick lied on the stand.

Unite Payson’s attorney Spencer said it is legal for someone to fill in another person’s address if that person is present and they request they do so because they are unable due to a physical infirmity.

One woman testified that she wrote in the address for her husband because he is unable to write clearly, but he signed his own name. Several more people gave similar testimony.

Garner said several couples came into the Unite Payson office and had their spouse fill in their address because of a physical infirmity. The spouse always signed their name though.

Smith testified she calculated the number of signatures Unite Payson needed to gather to recall Morrissey based on state statute. She also spoke with the legal department at the Arizona League of Cities and Towns for advice and they confirmed she had calculated it correctly. She figured they needed 770 signatures based on the last time a mayor was elected during a general election, which was in 2002.

“Under Arizona’s Constitution, the number of signatures needed to force a recall is 25 percent “of the number of votes cast at the last preceding general election for all of the candidates for the office held by such officer,” Warner wrote.

“Mayor Morrissey argues that, because no general election was held in 2018, the number of signatures needed should be measured by the election in which he was elected,” Warner wrote, which would be the 2018 primary.

La Sota said if the clerk had used the 2018 election, the number of signatures needed would be 1,255.

La Sota said it doesn’t make sense to use the 2002 number since the population has grown and the number of signatures needed should be based on the last election and the present size of the electorate.

“By all accounts, the town clerk here acted in good faith and did everything reasonable to determine the right number of signatures required under the Constitution,” Warner wrote. “But imagine some other town clerk decided only 10 signatures were needed to force a recall election. Or imagine a recall election was called without any petitions having been filed at all.”

Warner added that, “an election from 17 years ago cannot reasonably be considered ‘preceding.’”

In a counterclaim filed by Unite Payson, lawyers argue the town clerk and the county recorder had thrown out dozens of signatures because the signer had either left off the year they signed, it was illegible, they were not registered in Payson or their signature differed from that on their voter registration form.

Spencer said many of those signatures should be counted because the recorder had erred as many of the signers were registered to vote in Payson, they had verified that while their signature may have differed, they had indeed signed and just because a person did not sign the year should not automatically disqualify their signature.

County Recorder Sadie Bingham said she disqualified signatures that lacked a date based of her training. She said she always looks for the full date.

Warner ruled that any signatures that lacked a date are invalid.

He said Unite Payson had proved that four signatures should be rehabilitated, bringing the number of valid signatures to 825.

Because Warner ruled the number of signatures required to force a recall is 1,255, 825 falls short and the recall election is thus enjoined.

“I am getting things done here,” he [Morrissey] said, despite the distraction of the recall.

He issued a warning to those who had pursued the recall.

“They are going to have regret having done this,” he said.

I don't believe they are allowed to continue to add to the signatures already submitted. Once signatures are submitted, the effort is considered complete.