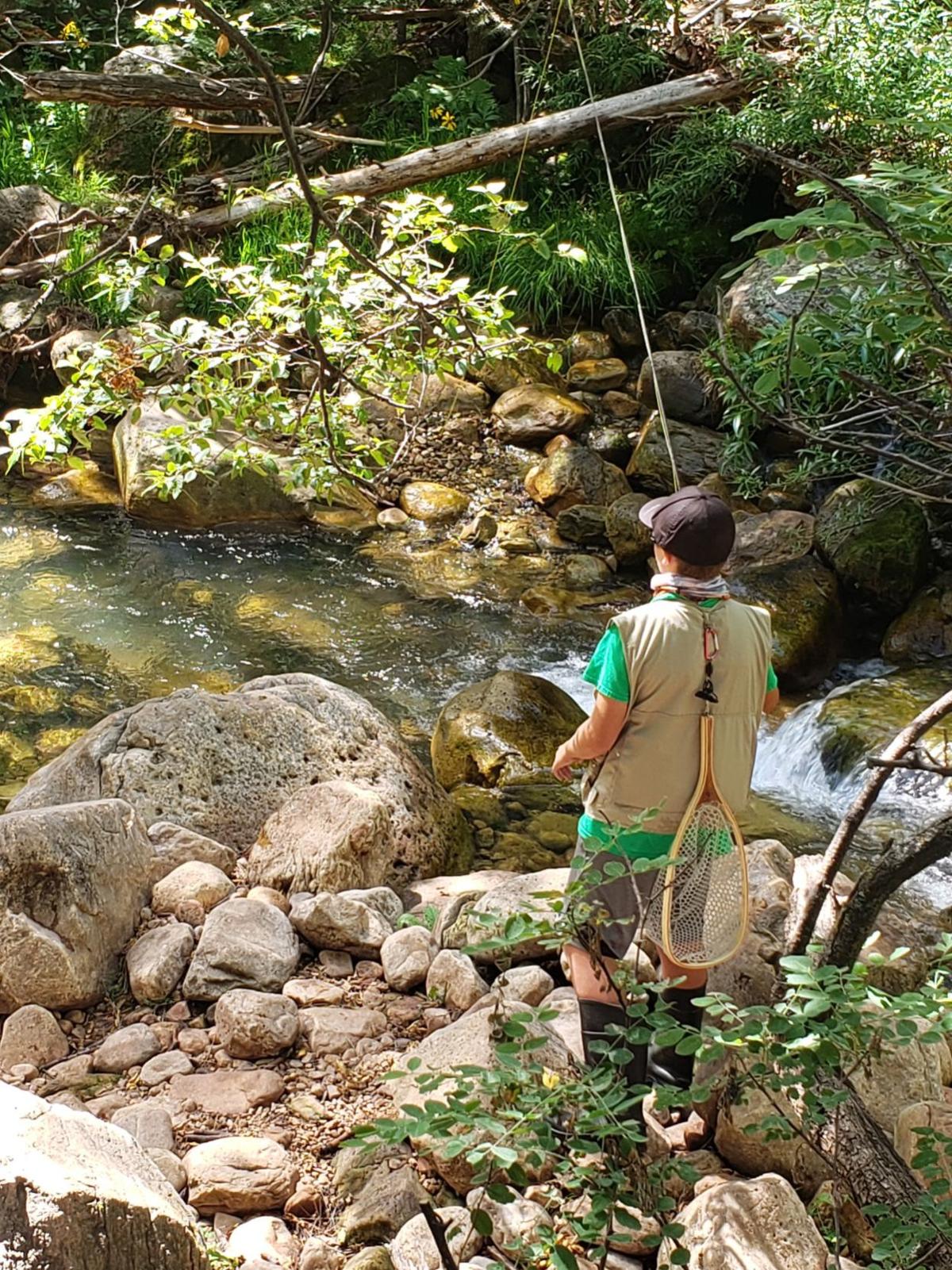 Owen Strogen reading the water. He placed his fly along the bubble line in the shade at the front edge of the rock. 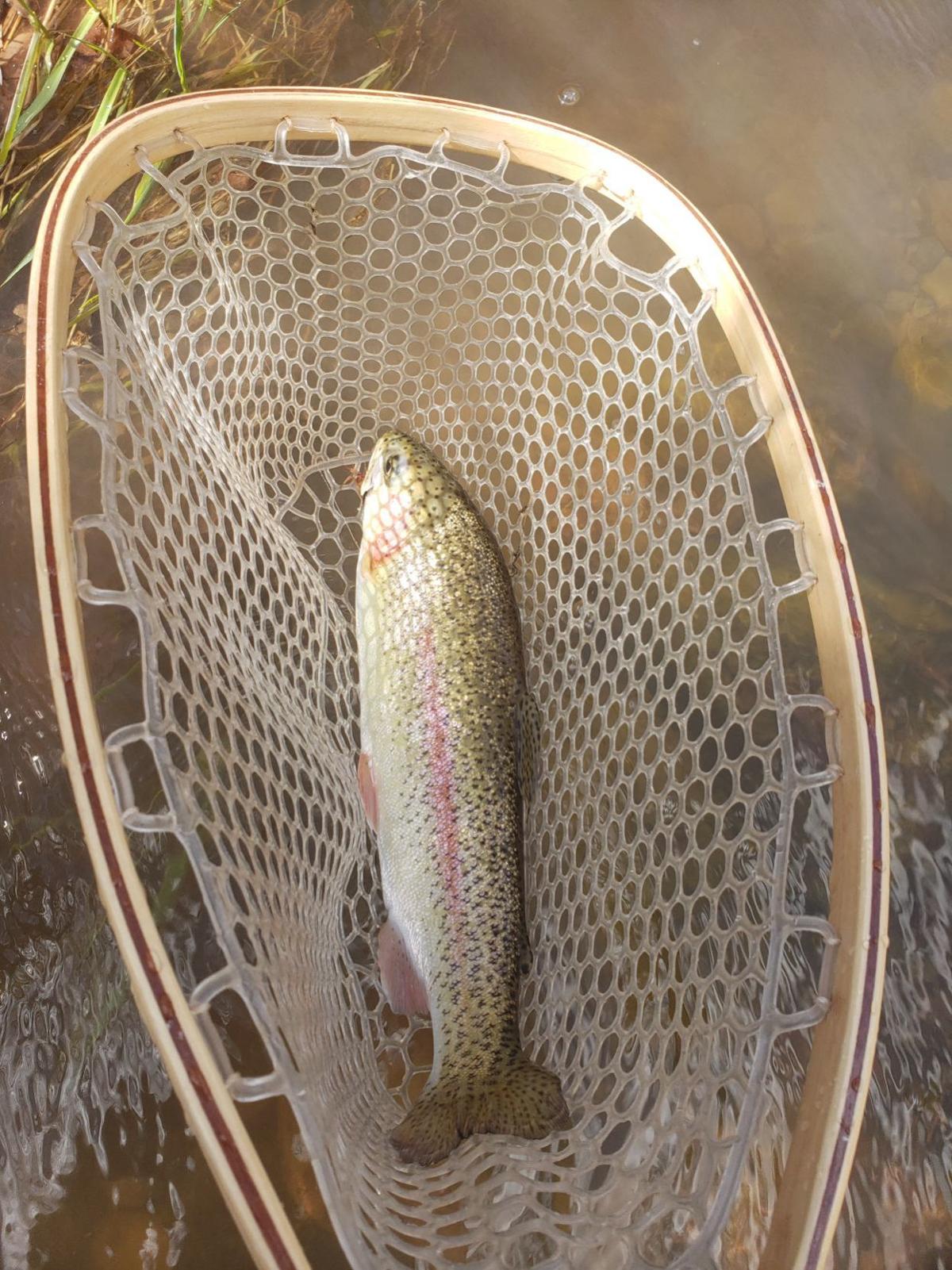 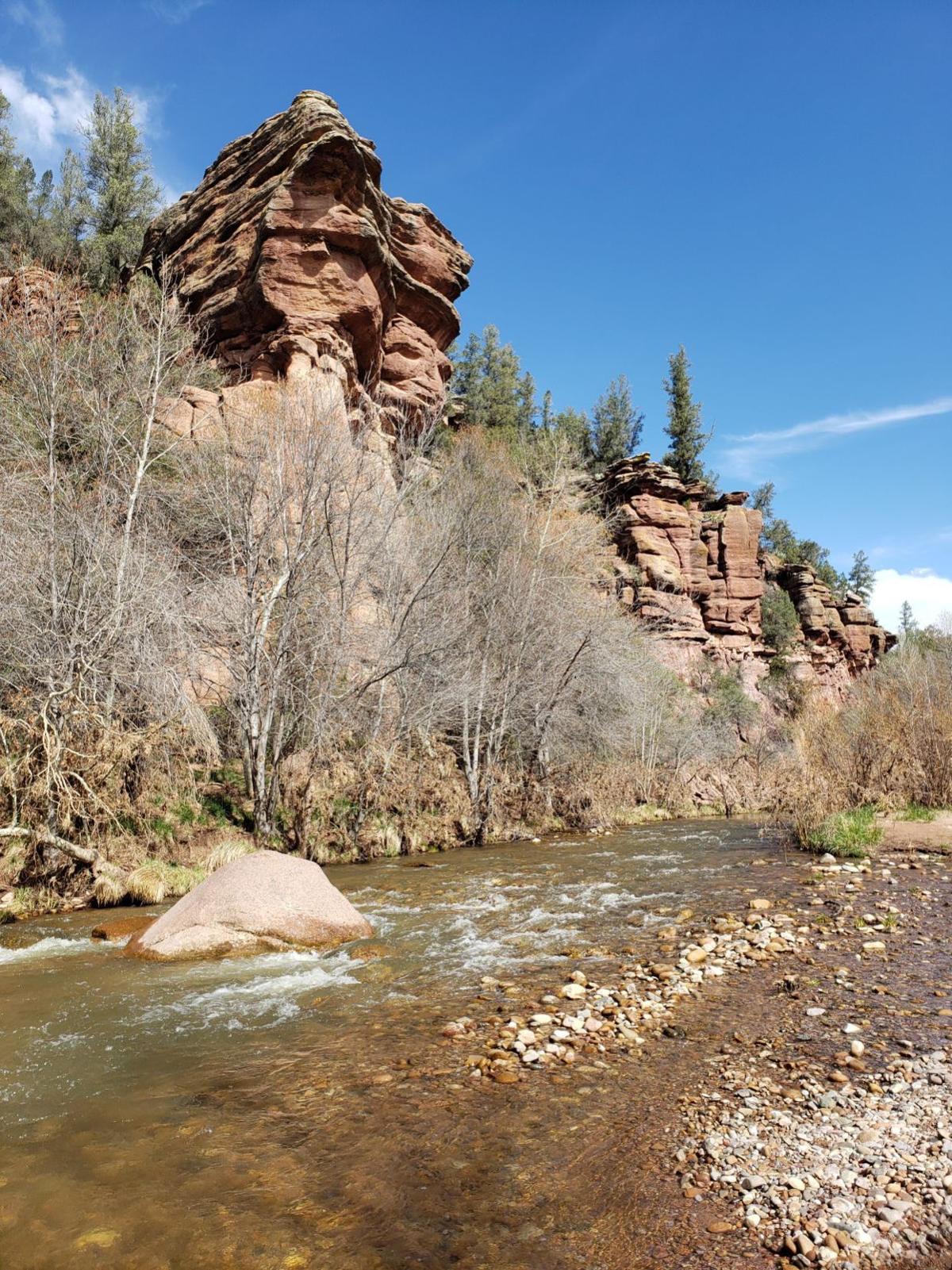 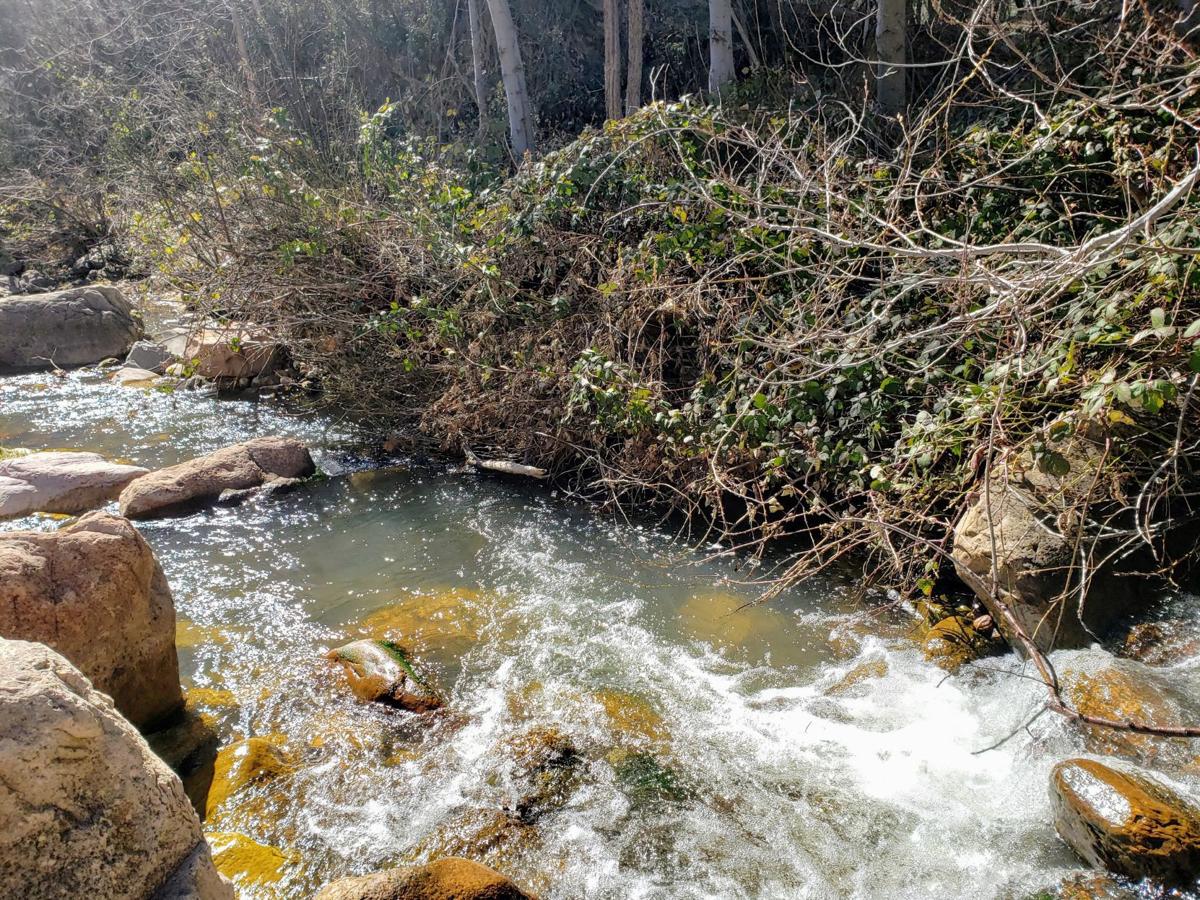 The sweepers in this run are in a moderate current next to a fast current, a great place to look for trout.

Owen Strogen reading the water. He placed his fly along the bubble line in the shade at the front edge of the rock.

The sweepers in this run are in a moderate current next to a fast current, a great place to look for trout.

As a kid, I enjoyed playing in the gutters along the street when it rained. I would make dams, place rocks in the current, add miniature log barbs; anything that resembled a trout stream to me.

Even this past week when my wife and I went on a little hike in the woods near our home, while she was taking photos of a tiny ephemeral stream for a future painting that she had in mind, I kept looking for the likely holding places for my imaginary trout. Yeah, I know, I am an odd duck.

I can still remember the locations on my childhood stream where I caught trout each year. What I learned early in my observations of streams, that I continue to reaffirm, is that trout are predictable.

Their water needs to be clean and cold; and it also has to provide adequate dissolved oxygen. They need a ready supply of food that they can cruise around for in a pool, or wait in one spot to grab bugs coming down the conveyor belt that the current provides. The advantage of waiting in one spot for food is that it allows the trout to select feeding stations that also provide cover from predators.

Wild trout seek out hiding spots to a higher degree than stocked trout. In a stream that has wild trout, I know that they will dart under rocks or logs at the first sign of danger. That could be movement on the bank or even a careless shadow on the water.

Trout are extremely efficient and look for ways to minimize the need to swim hard in the constantly moving stream. The current is slower along the bottom due to the friction provided by the streambed, so trout often hug the bottom.

Large boulders in a stream are some of my favorite places to look for trout. The obvious spots to look for an energy saving trout are on the downstream side of each edge of the rock, or directly behind it; but many anglers miss this prime location.

The front of a large boulder provides the best view of items drifting downstream, and when the water pushes against the rock, it creates an area of calm water immediately in front of the rock. I have caught a lot of fish in front of boulders.

Although the riffle sections of the stream have the highest dissolved oxygen content and the greatest aquatic insect production the water is too shallow and devoid of cover to allow trout to use this area. Instead, they will often be at the head of a pool or just downstream of the riffle to take advantage of the oxygen levels and drifting insects.

Be careful as you approach a pool from downstream. There is often trout, sometimes the smaller fish, at the tail of the pool as the water speeds up into the next riffle.

These fish are the ones that cause me the most trouble. I sometimes miss seeing them, and as soon as I step close to the tail of a pool, they dart upstream and scare the other trout further upstream. If you can catch those fish first, work them down into the next riffle and release them, you can often catch many fish out of the same hole.

As trout try to avoid extra effort while swimming, there are two features to look for to help you locate likely holding spots. Both are most easily identified by watching the bubbles in the pool or run.

Often, there is fast water running through a pool with quiet water right next to that faster water. Look for the interface between the fast and slow currents, most easily detected by a seam or bubble line. Trout will be in the quiet water, ready to charge into the faster water briefly to grab a bug; or even better, pick up a tumbling insect in the fast/quiet water zone. The trout will then quickly return to its feeding station for the next offering to come down the stream.

Occasionally, the shape of the bank will cause an eddy in a large pool. In these situations, the water swirls around and a slower current appears to flow back up toward the head of the pool. Bubbles flowing upstream will identify the eddy line in a pool. Trout in the eddies will actually face downstream as the bugs are brought to them by this counter-current where the trout have a much easier time swimming.

Sweepers — vines or branches hanging in the water — are my best friends and worst enemies on a trout stream. A sweeper that is in relatively deep water with a moderate flow is a spot that I will fish hard, even though the likelihood of losing my fly is also high. I try to work my fly just outside the edges first, but if I am convinced that a trout should be there, I will let my fly sink directly under the sweeper, and am often rewarded for that gamble.

Successfully reading the water and catching a trout where I thought it would be, is one thing I like most about stream fishing. It is a skill that will improve your success and bring you a lot of fun too.