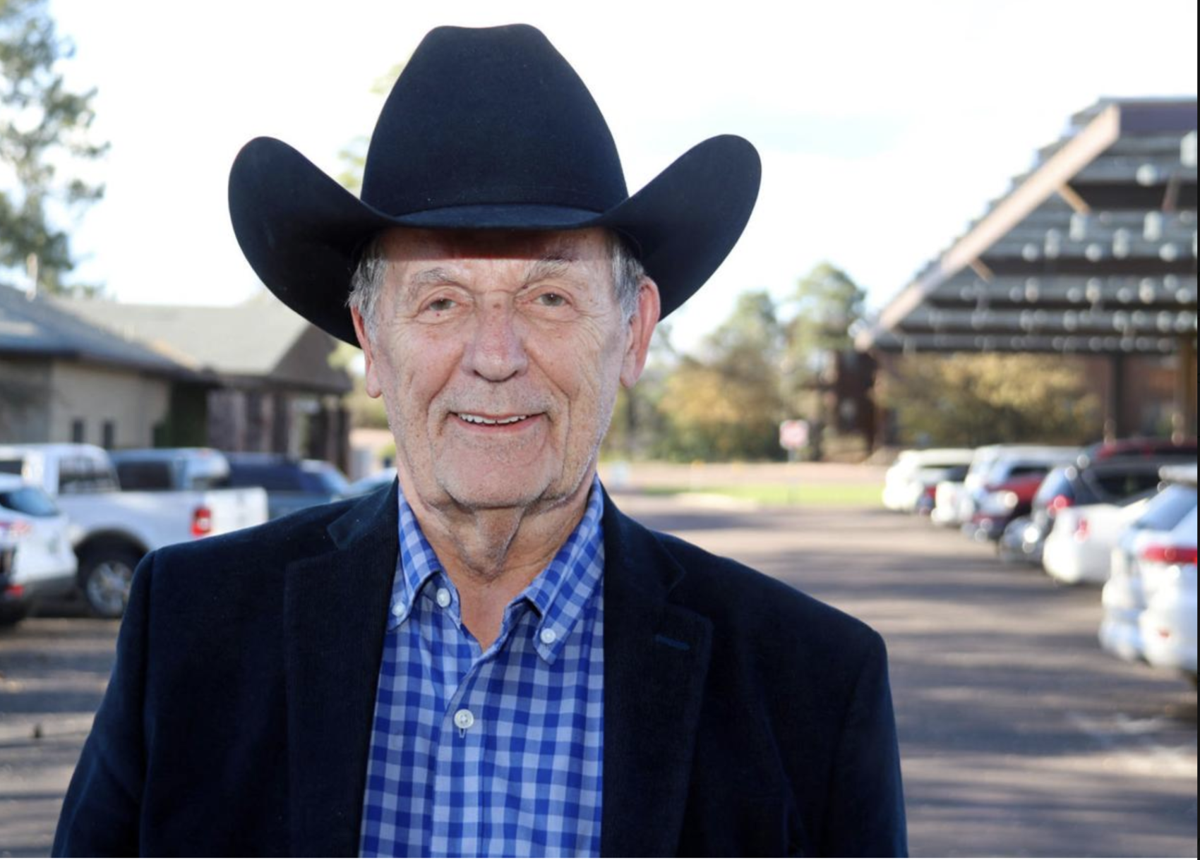 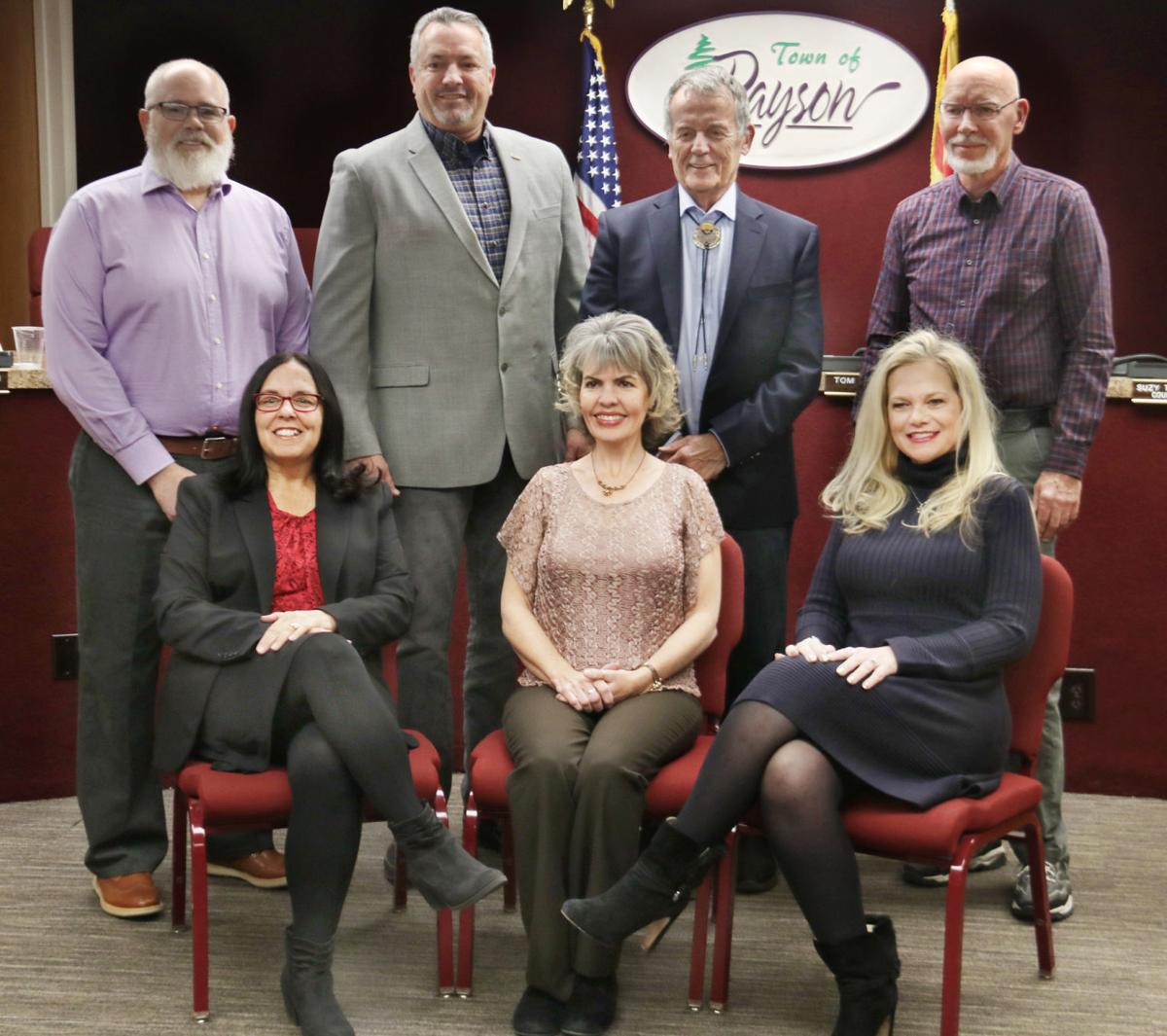 In it's last action, the 2019-20 Payson Town council directed Mayor Tom Morrissey to reinstate his mask mandate in the hopes of slowing the rate of COVID-19 cases.

A surge in COVID-19 cases has spurred the Payson Town Council and Mayor Tom Morrissey to once again require people to wear masks indoors while in public.

The mostly unmasked council also discussed other measures to blunt the surge in cases during a Nov. 17 special council meeting.

The country has seen a spike in cases as temperatures have dropped and people have gone indoors. Already six Payson students have tested positive in the past week after the district returned to in-person learning in October. Another 200 close contacts of the students are in quarantine.

“These are not contained or confined to buildings where care was being provided,” he said.

For instance, the Payson school district has had at least six students test positive, and nearly 200 of their close contacts have been quarantined. The district has so many teachers in quarantine that Rim Country Middle School had to shift back to distance learning.

Smith worried the town could face the same problem. He will start protocols to protect staff from the public because “we provide vital services” such as police and fire. Smith laid out potential measures the town may take to mitigate the threat, which will likely involve distance meetings, wearing masks and having staff work from home when possible.

Morrissey said Gov. Doug Ducey has threatened to shut down the state again to ease the strain on the health care system, a blow he’s not sure everyone can survive, because this time around, the House and Senate have failed to agree on measures to help businesses forced to close.

“At the root here, I don’t want to threaten our already fragile businesses,” he said.

The council agreed many of Payson’s small businesses could not afford another shut down. Nonetheless, Councilor Jim Ferris and Vice Mayor Janell Sterner opposed reinstating the mask mandate for health, legal and other reasons.

Sterner does not believe the science has proved masks work. She struggles when she wears one. “I throw up and get a migraine,” she said.

During the last mask mandate, Sterner felt businesses were “shaming” her when they wouldn’t “let me go in and pay” because she could not wear a mask.

“It would infringe on my rights,” she said of a mask mandate.

Ferris quoted CDC numbers that show for all age groups there is a high survival rate, so “the numbers should not cause us to shut down our community,” he said.

Ferris had a concern a “knee jerk” reaction would send the wrong message.

The federal Centers for Disease Control recommends mask wearing in public whenever people can’t stay at least six feet apart in a well-ventilated space. The CDC website has posted a host of studies suggesting that consistent use of multi-layered cloth masks with a dense thread count in public reduces the spread of the virus by 70% to 80%. This suggests widespread use of masks would limit the spread of the virus almost as effectively as a vaccine.

Smith has such concerns about the numbers he has “made the decision to move us into the category of substantial risk,” he said.

Fire Chief David Staub added that studies show places with face masks have cases that have gone down. “As soon as you remove the mask order, the cases went up,” he said.

“If I have to (wear a mask) to keep my neighbor’s business open, I will of course do it,” said Tubbs-Avakian.

Tubbs-Avakian, who appeared telephonically, pointed out the irony that the council was discussing the importance of wearing masks, but not wearing masks during the meeting.

After that, Underwood and Steve Smith put on their masks along with the mayor and members of the staff. Ferris, Higgins and Sterner did not put on a mask.

“It would appear it would be for the greater good and for the businesses in the community,” said Higgins.

“It’s about the fast rate of spread,” said Smith. “It is not like the flu. It spreads incredibly fast ... what happens when you have to shut a whole organization? It could be catastrophic.”

The large number of people who get infected but never have symptoms has made this virus hard to control through normal measures. Somewhere between 30% and 50% of those infected don’t have symptoms, but can spread the virus. Universal mask wearing prevents people from unknowingly spreading the virus.

The mandate requires residents to wear masks in public places and while working if they’re within six feet of others.

The mandate includes several exceptions, such as when eating, drinking or sleeping at a business establishment or while working alone in an office. The mandate doesn’t apply to children younger than 12 or for anyone with a medical condition that makes it difficult or unsafe to wear a mask.

“We got calls from several businesses with customers without a mask and they refused to leave,” he said. However, after officers arrived, “people would leave on their own.”

A story by the Roundup about the June 18, 2020 Payson mask mandate.

If masks worked, there would be no new cases in states like New York, Michigan, Pennsylvania, New Jersey, Californiz, etc. Of course, we know that those states which have the most restrictive liberty killing mandates also have the highest incidence of new cases.

Sorry, Mayor, but we do not need more data, we just need to look at the data from states with combined hundreds of millions of residents that is clear and convincing. Even you were under severe respiratory stress earlier this week caused by your being required to wearing a mask while down in Maricopa County. You stated that as fact on KMOG yesterday, yet you persist in putting others at similar or more serious risk in bending to the veiled threats from the ninth floor.

Spending ALL your time in BIden's basement instead of interacting with and working for Americans 20/7 might be a good reason for the disparity in cases.

PS: In opposition to the macabre wishes of the Demonic Rats, all the GOP/Trump supporters you mention have been miraculously healed. Praise GOD!

OOPS, I forgot that the Biden supporters are socialists which means they are also atheists.

Remember that cases occur whenever there is increased testing. We should have a new 'spike' here any day now as the results of the Friday ADH BLITZ are announced.

No real 'new" cases, no "new" admittances , no "new'" ICU or Ventilator usage AND the vaccines, held back by Big Pharma who hate Trump's commitment to reduce their prolific largesse will be available soon and very soon. So long Panic Demic, It's been bad to know you.