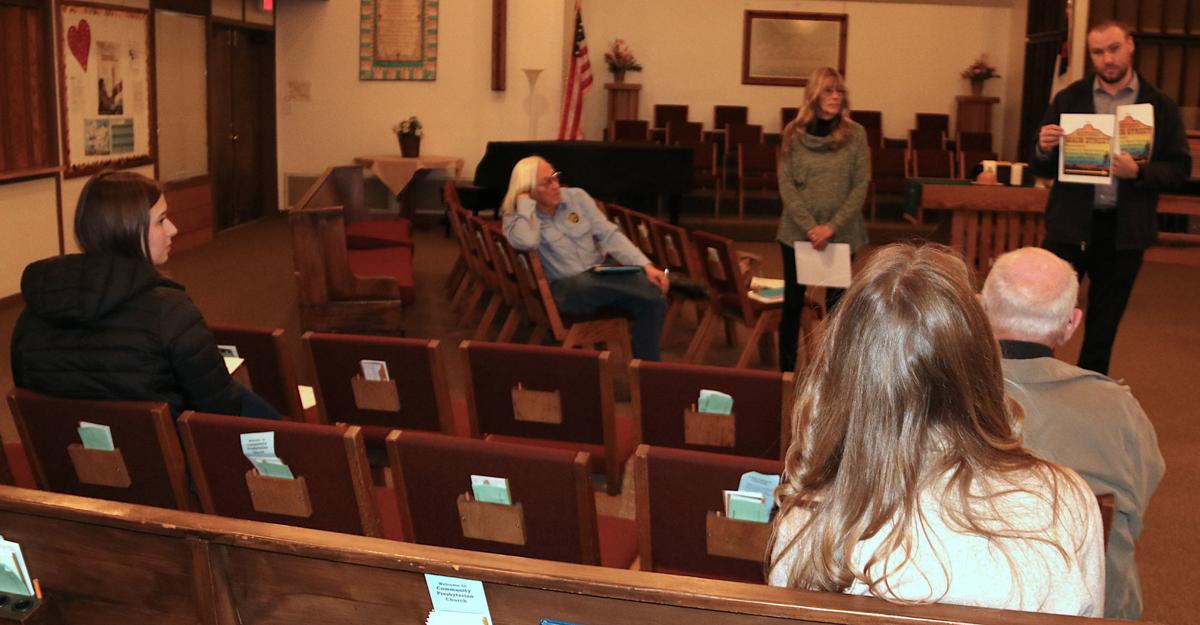 Trever Fleetham, the Town of Payson’s economic development director, holds up an example of a possible new design for a sign to advertise Main Street. 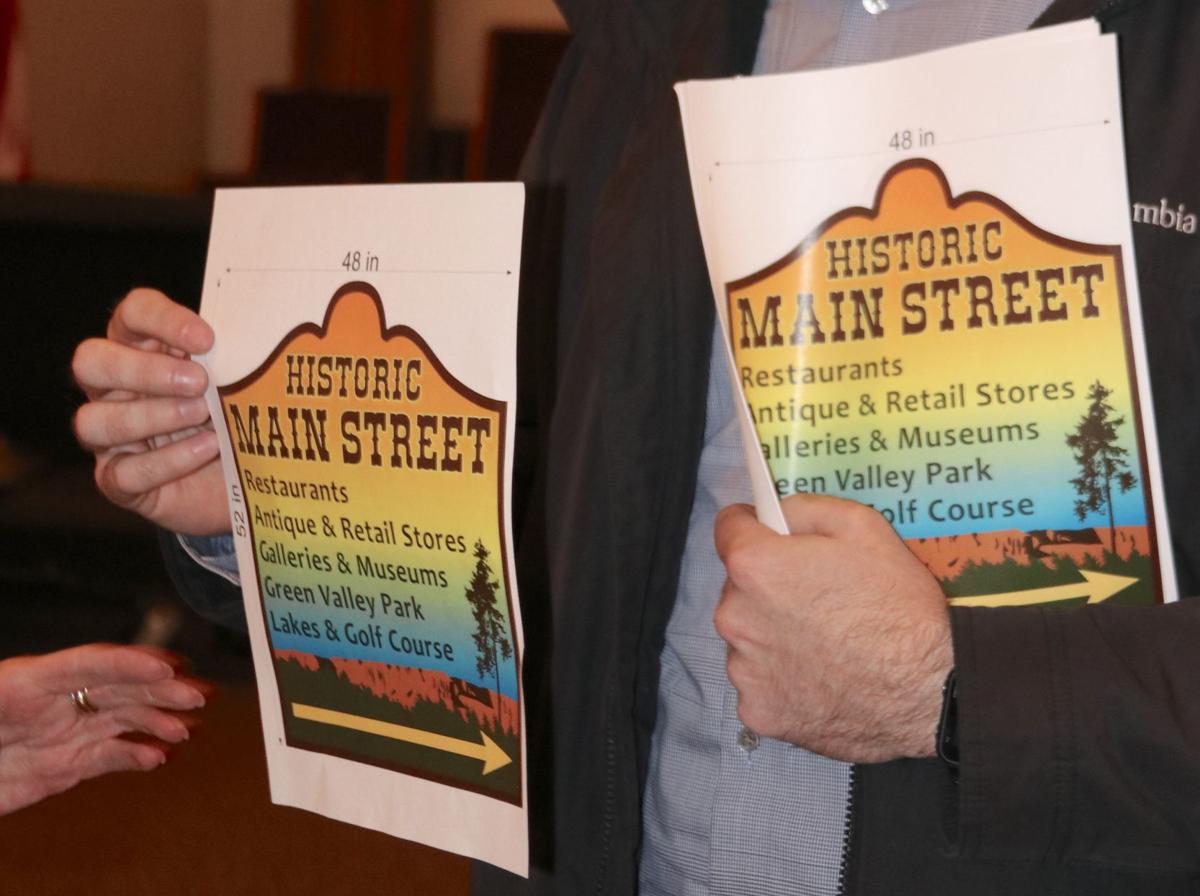 Trever Fleetham holds up an example of a possible design for a new Main Street sign. 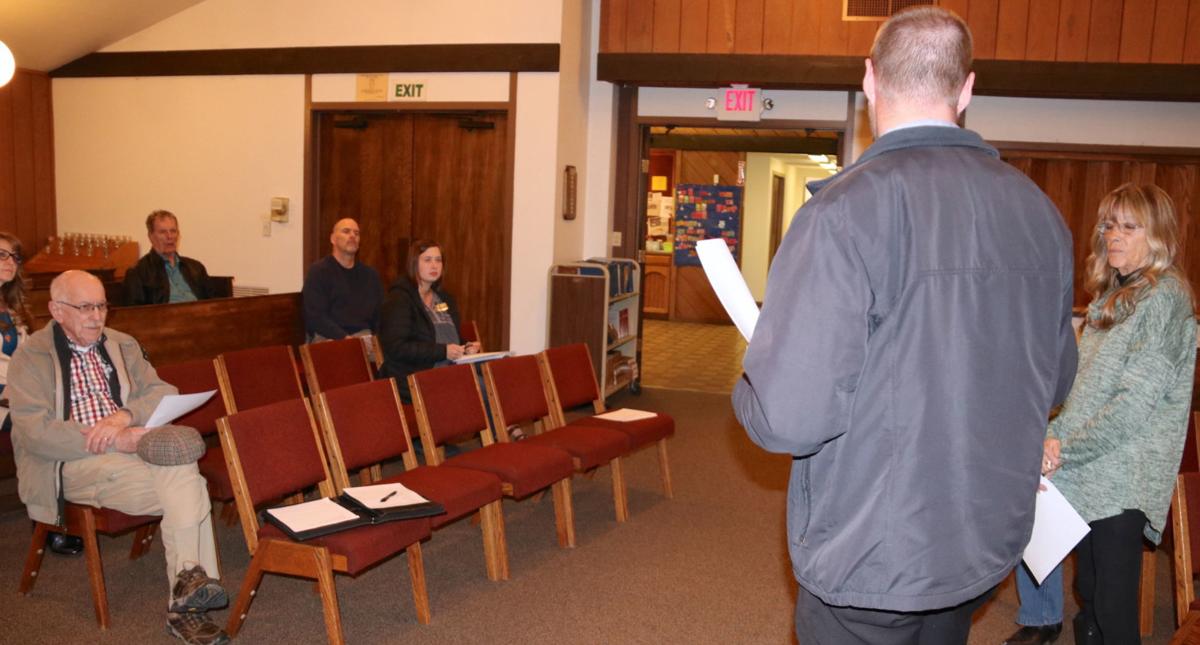 Trever Fleetham, the Town of Payson’s economic development director, holds up an example of a possible new design for a sign to advertise Main Street.

Trever Fleetham holds up an example of a possible design for a new Main Street sign.

The Town of Payson has big plans for Main Street long term.

But merchants are mostly worried about how to get through another year.

That tug and pull between long-term planning and short-term survival lies at the heart of the Main Street Guild’s discussion this week of a new vision statement — and a difference in priorities.

Mary Hanson, who runs the Oxbow Bar and Grill, has created the Main Street Mafia, a group focused on events like the Christmas lighting and Main Street Days.

Hanson and Minette Hart fueled the resurgence of the Main Street Guild. Hanson contributes ideas for events to help bring customers to Main Street, while Hart has worked for years on infrastructure and redevelopment.

The Main Street Guild has taken on many forms in the past, always seeking to create a pedestrian friendly, retail center for Payson between the Beeline Highway and Green Valley Park. The plan for the area envisions shops, pathways and parking to draw a crowd.

After Payson incorporated in the 1970s, the town developed several plans for Main Street and even established a redevelopment and historic district. But the Arizona Legislature effectively pulled the plug on redevelopment districts and many merchants were leery of the extra costs of historical renovations and codes. But Main Street attracted a string of successful businesses and potentially groundbreaking development plans during those early years.

Then the recession hit. All development froze, businesses shut down and Main Street lost ground. For years, the alluring prospect of a university dominated town planning.

Now with the university plans on hold and the economy revving up, Payson has finally joined the ranks of other Arizona towns hopping on the recovery train. This recovery has spurred a renewed interest in developing Main Street.

But keeping everyone on the same page has proven challenging.

Trever Fleetham, the town’s economic development director, said, “I have concerns with the guild doing one thing and the mafia doing another without trying to have a cohesive effort.”

He came to the meeting with ideas on how the town can support Main Street, including putting up a new sign, seeking grants and an open offer to “empower the guild to do marketing.”

Chuck Proudfoot, a longtime Main Street supporter, tried to put his finger on the issues.

“What we need to do is step back and ask, ‘Who is watching the overreaching vision?’” he said.

The other side needs to keep “some attention to events.”

Hart, the leader of the guild, has poured her heart into building up Main Street. She used to run a gallery on the street that now houses Duza’s Kitchen. Hart and artist Elizabeth Fowler also created a mural that depicts the old sawmill on the wall of the Sawmill Theatres.

In the past, the guild rarely invited businesses because meetings focused on the long-term investment, not immediate revenue needs.

“They didn’t come to the promotion meetings,” she said. “They came every other month or so and that would be OK.”

“Very few businesses ... have the longer term vision for what is good for the street,” he said.

He said most of the incremental changes on the street “have been phenomenal,” but they came out of the Green Valley Redevelopment Area.

The meeting ended with a discussion started by Mayor Tom Morrissey about a Fourth of July parade.

“The biggest events are the rodeo and the Fourth of July,” he said. “A lot of people have been talking and we were thinking about kicking around the idea of a parade.”

Hart said the guild had hosted Fourth of July parades. She described these past parades as “simple” with community members decorating bikes or dogs or hats and just walking Main Street.

“Anybody could come to town and be in the parade that morning,” she said. “Keeping it hometown ... we didn’t have big vehicles and staging.”

Proudfoot liked the idea. “We have a couple of months to plan this,” he said.