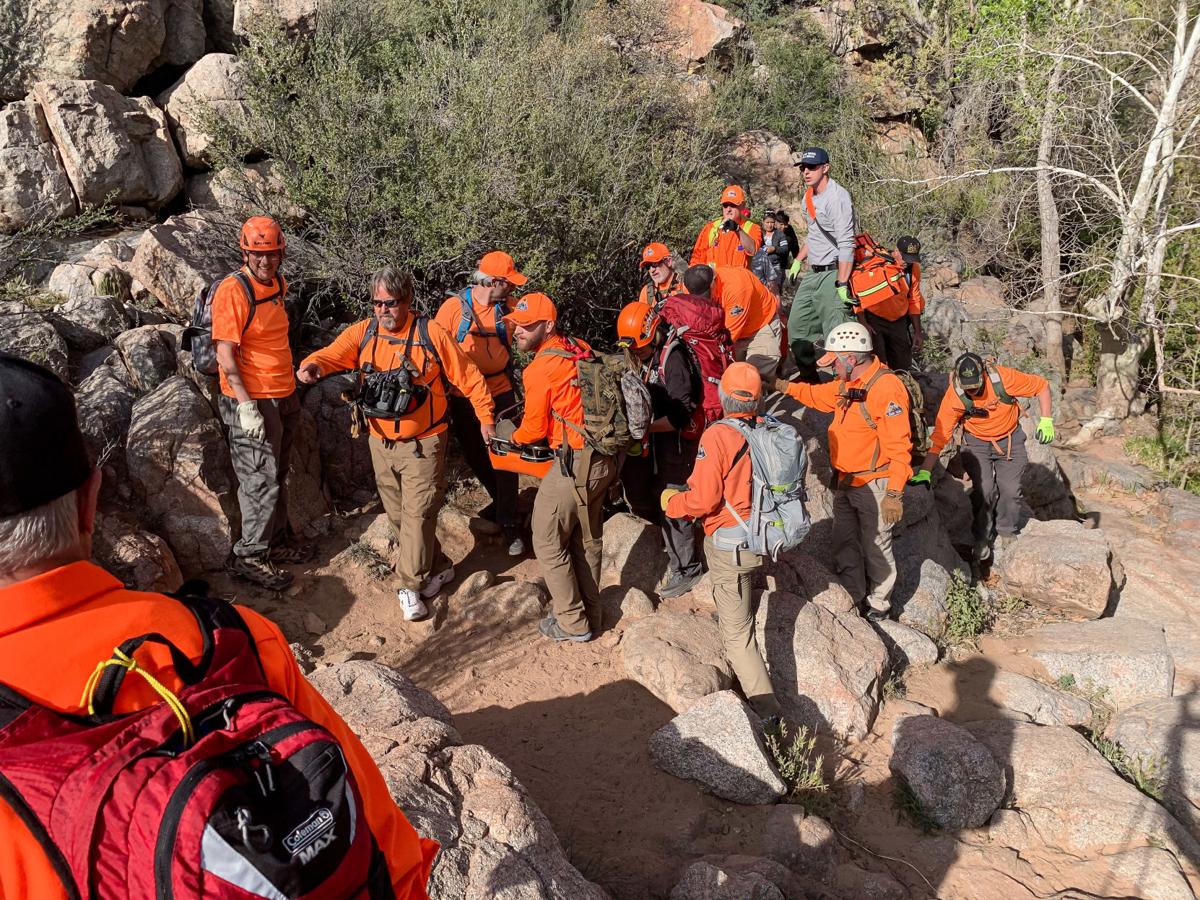 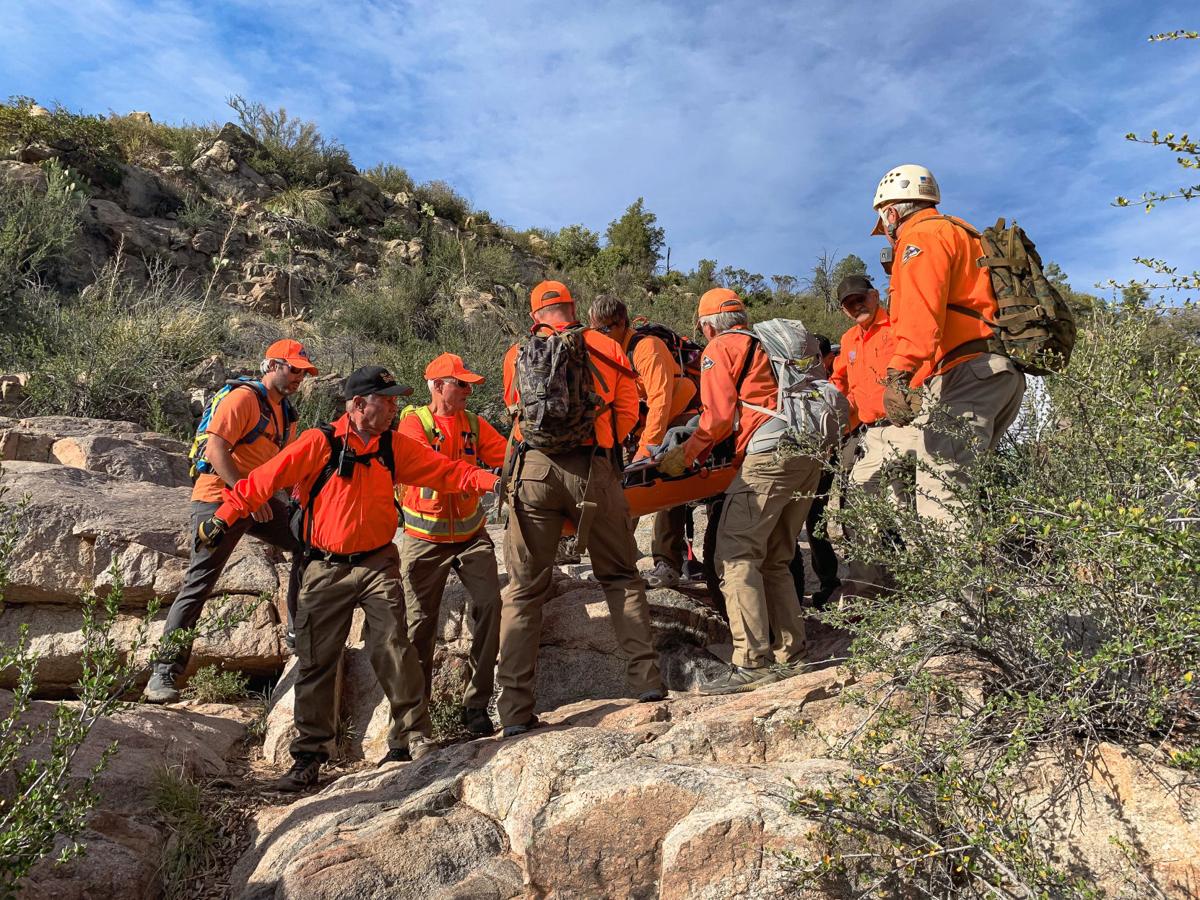 A man had to be carried out of the Water Wheel recreation site Sunday after he fell and hit his head. Tonto Rim Search and Rescue volunteers carried him out roughly half a mile to the trailhead.

A man had to be carried out of the Water Wheel recreation site Sunday after he fell and hit his head. Tonto Rim Search and Rescue volunteers carried him out roughly half a mile to the trailhead.

On Sunday, just before 4 p.m., Tonto Rim Search and Rescue was dispatched to Water Wheel off Houston Mesa Road for a man who had fallen and hit his head.

The man was unconscious for a while, but had come to by the time TRSAR volunteers arrived. Water Wheel Fire and Medical District firefighters were already on scene when TRSAR arrived and had tended to the man, who was visiting the area with his family. They were reportedly from the Valley.

When the man came to, he had a seizure, which was “not a common thing for him,” said Bill Pitterle, TRSAR commander.

It is unclear why the man fell. Pitterle said dehydration could have played a role or the man could have simply fallen on some loose rocks. He fell just below a waterfall, roughly half a mile from the trailhead.

TRSAR volunteers carried the man out on a litter and Lifeline Ambulance took him to First Crossing where he was then airlifted.

It was the second rescue at Water Wheel for TRSAR that weekend.

On Saturday, a woman injured her ankle above the falls. Volunteers again carried her out on a litter.

It is getting to that time of year where not a week goes by that TRSAR does not visit Fossil Creek to help an injured or lost hiker.

On Tuesday, around 9:30 p.m., two women called for help from the bottom of the Bob Bear Trail (formerly Fossil Creek Trail), reporting they were lost.

Dispatchers pinged their cellphone to get their coordinates so TRSAR had a rough idea where they were located.

Turns out, they had missed the trail coming out and had wandered farther up the canyon.

As TRSAR were responding to the trailhead off Fossil Creek Road, Sgt. Matt Havey was at the trailhead, coordinating the rescue. There he found a man who said he was missing three friends. Due to a language barrier it was unclear initially if the man was with the missing females. Eventually, they figured out the man had been hiking with the woman earlier in the day as well as a male friend.

The woman had left to hike out before the men and the two men had gotten separated from each other.

TRSAR hiked in and located the woman, but could not find the missing man.

Havey called in a DPS helicopter to look for him. This was around 2:30 a.m. Wednesday, Pitterle said.

They could not locate him so Wednesday morning TRSAR was getting ready to hike back in and look for him. Just then, he wandered up to the trailhead, reporting he had gotten lost. He was uninjured.