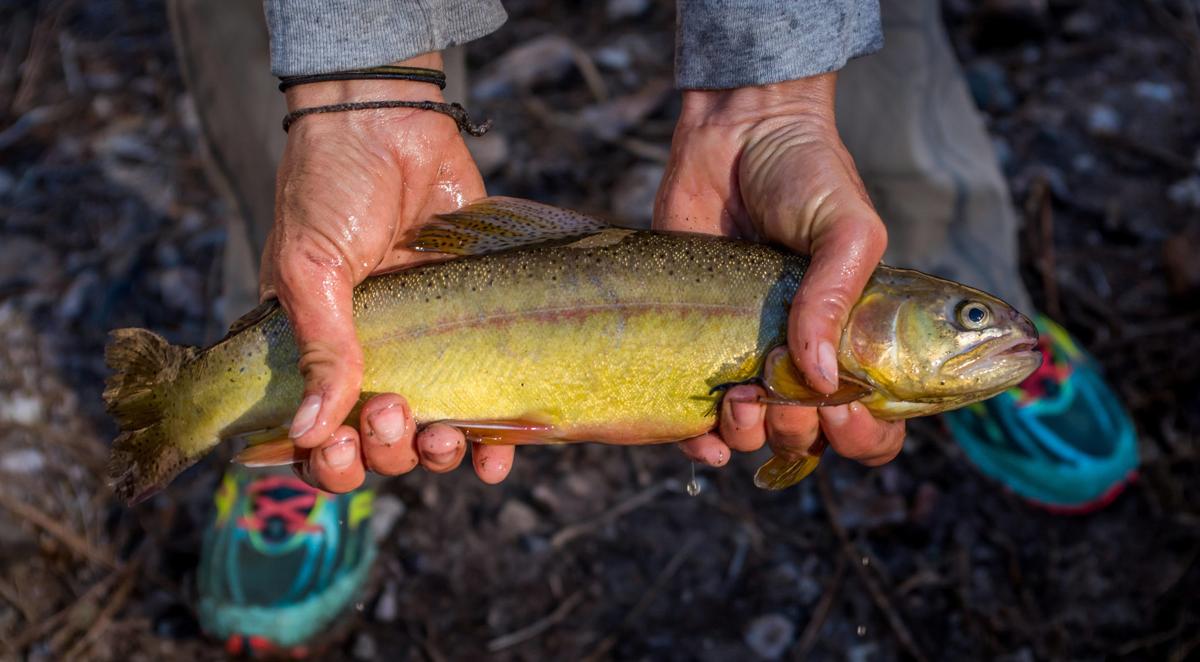 There are plans to stock Gila trout in the East Verde River as the Canyon Creek Hatchery production of these fish continues to grow. 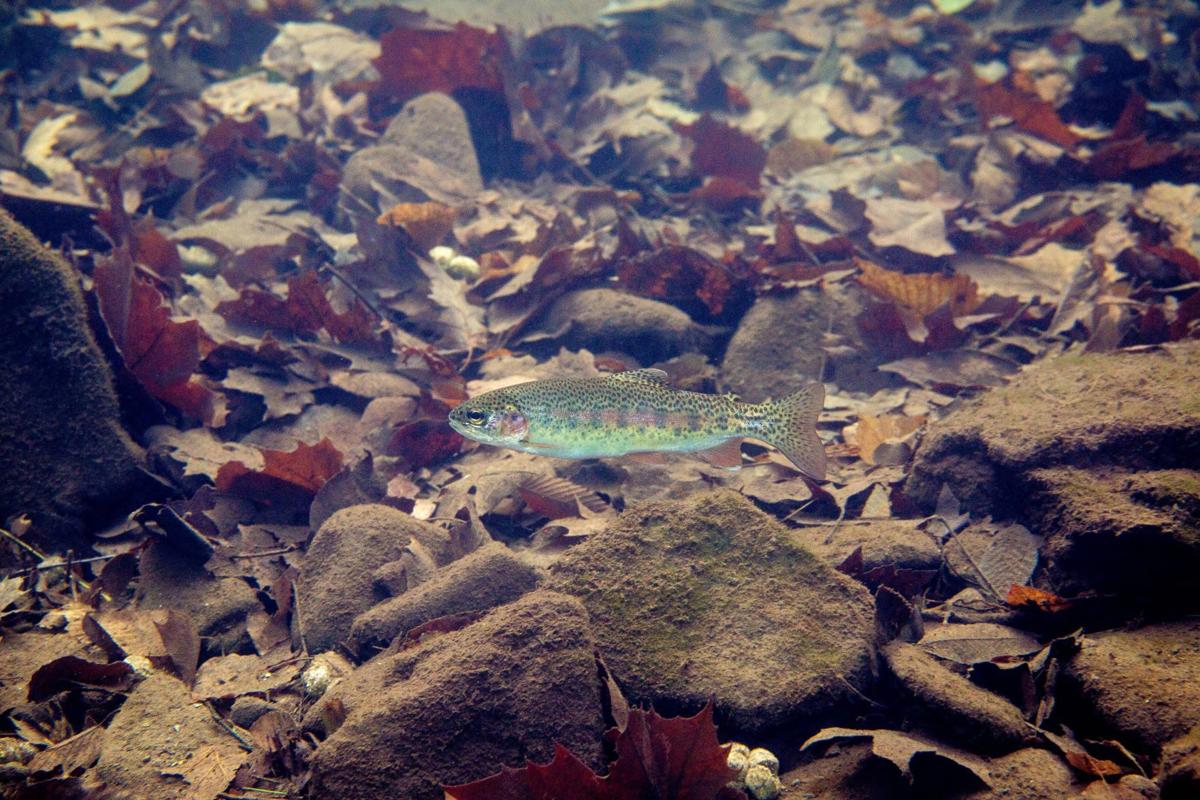 Brown trout have been found to eat other fish at a rate 17 times more than rainbow trout (above).

There are plans to stock Gila trout in the East Verde River as the Canyon Creek Hatchery production of these fish continues to grow.

Brown trout have been found to eat other fish at a rate 17 times more than rainbow trout (above).

When we go fishing, we all want to catch a big fish, a lot of fish, or even better, both. I’ve spoken with anglers who ask why our favorite game fish can’t be stocked into various streams and lakes around Rim Country.

There are several reasons for this, but most importantly, introducing a species not native to Arizona puts a stream or lake at risk.

In the last piece I talked about the invasive, non-fish species that plague many waters in Arizona and ways we can help minimize the spread of these invasive species. There are several introduced fish species that are also a threat to native populations of fish.

When we think of the work that the Arizona Game and Fish Department (AZGFD) does to enhance fishing, we often overlook their charge to protect and offer habitat for non-game and endangered wildlife. This includes 34 fish species of greatest conservation need in Arizona listed by the state and 20 federally listed as endangered or threatened.

There are other animals like waterfowl, reptiles, amphibians, and mammals that frequent lakes, ponds, and streams. Some of these animals are also under protective regulations, or at the very least, dependent on the native species in the lakes and streams. These native species are quite susceptible to human impact, habitat loss and alteration, as well as the introduction of invasive species that they are not equipped to compete against.

Trout stocking in the West, including Rim Country, started in earnest in the 1920s and 1930s. At the time, rainbows from the Pacific northwest, browns from Europe and brook trout from the eastern states were brought to Arizona and other western states to expand fishing opportunities. These trout, as introduced species, often outcompeted native trout and other native species where they were stocked. This was well before state and federal protection were put into place to protect native species. Brook trout often overpopulated former native trout streams. Adult brown trout are notorious for feeding on other smaller fish, including native trout.

An example in the West is the almost total destruction of the Yellowstone cutthroat population in Yellowstone National Park when lake trout were illegally introduced into Yellowstone Lake. These large predators nearly destroyed the native cutthroat population that uses the lake during a vulnerable part of its life cycle. Recovery from that illegal introduction will remain a very expensive, ongoing effort to make sure that the cutthroat population remains healthy, and that all the animals in the ecosystem that have depended on these trout in the streams and rivers of Yellowstone for millennia continue to have that native fish in the system.

In Arizona, some streams still have wild and naturally reproducing rainbow, brown and brook trout populations from those stockings almost a century ago. Currently, AZGFD plans to allow these streams, with historic populations of introduced fish, to remain as wild non-native trout fisheries since extensive removal procedures could jeopardize the native species in these waters.

The native species that are now under state and federal protection requires AZGFD to manage carefully waters where fish are stocked.

For years now, Arizona has stocked lakes and streams with triploid rainbow trout that cannot reproduce in the wild. That minimizes the impact on sensitive populations that could not withstand competition for resources if the introduced rainbow trout population could reproduce naturally and was not quickly caught by anglers.

Brown trout have been found to eat other fish at a rate 17 times more than rainbow trout and so are typically stocked in lakes where their population is contained and will not threaten protected populations.

There is, however, an avenue for stocking more trout in some streams that AZGFD is actively pursuing. Gila trout were historically found in many streams in Rim Country, while Apache trout were native to many streams in the eastern part of the state.

As native game fish, these species will be stocked into Arizona waters in areas where they were historically found with the potential for natural reproduction in those waters.

AZGFD has a two-pronged approach to return these native trout to Arizona waters. Gila and Apache trout are being returned to some isolated waters that are closed to fishing to help re-establish populations that will ideally become strong enough to open to limited fishing pressure.

They have also stocked both Gila and Apache trout in certain waters for immediate recreational fishing with the plan of expanding that effort. I have yet to catch my first Gila trout, but Goldwater Lake near Prescott is the location of the current state record Gila trout and I get to fish there occasionally. I have caught several Apache trout in Silver Creek outside of Show Low and they are in several streams in the White Mountains.

There are plans to stock Gila trout in the East Verde River as the Canyon Creek Hatchery production of these fish continues to grow. Gila trout in the Canyon Creek Hatchery demonstrate many traits that make them appear ideal fish for Rim Country. They are very sensitive to movement near their tanks and seek immediate cover, just as they should in the wild. This would seem to mean that their survivability from predators should be good and that they will be a perfect fish for the stealthy angler.

It is important that AZGFD protects native species in our state. I appreciate their efforts to expand production of native trout species and bring these valuable game fish back to Arizona waters. It will not only be fun to catch these fish, but their novelty will probably bring anglers from across the country to Rim Country wanting to add both Gila and Apache trout to their catch list.