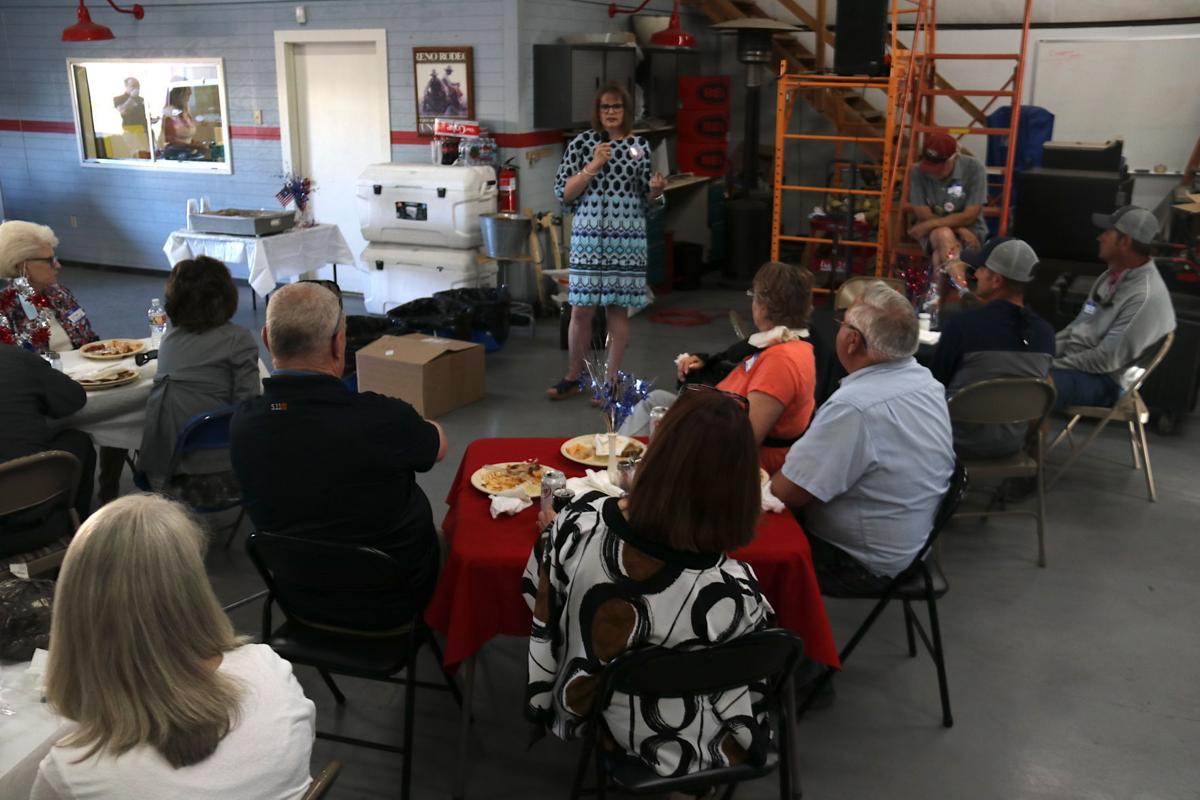 Jennifer Smith held a fundraiser on June 9 to launch her campaign against incumbent mayor, Tom Morrissey. 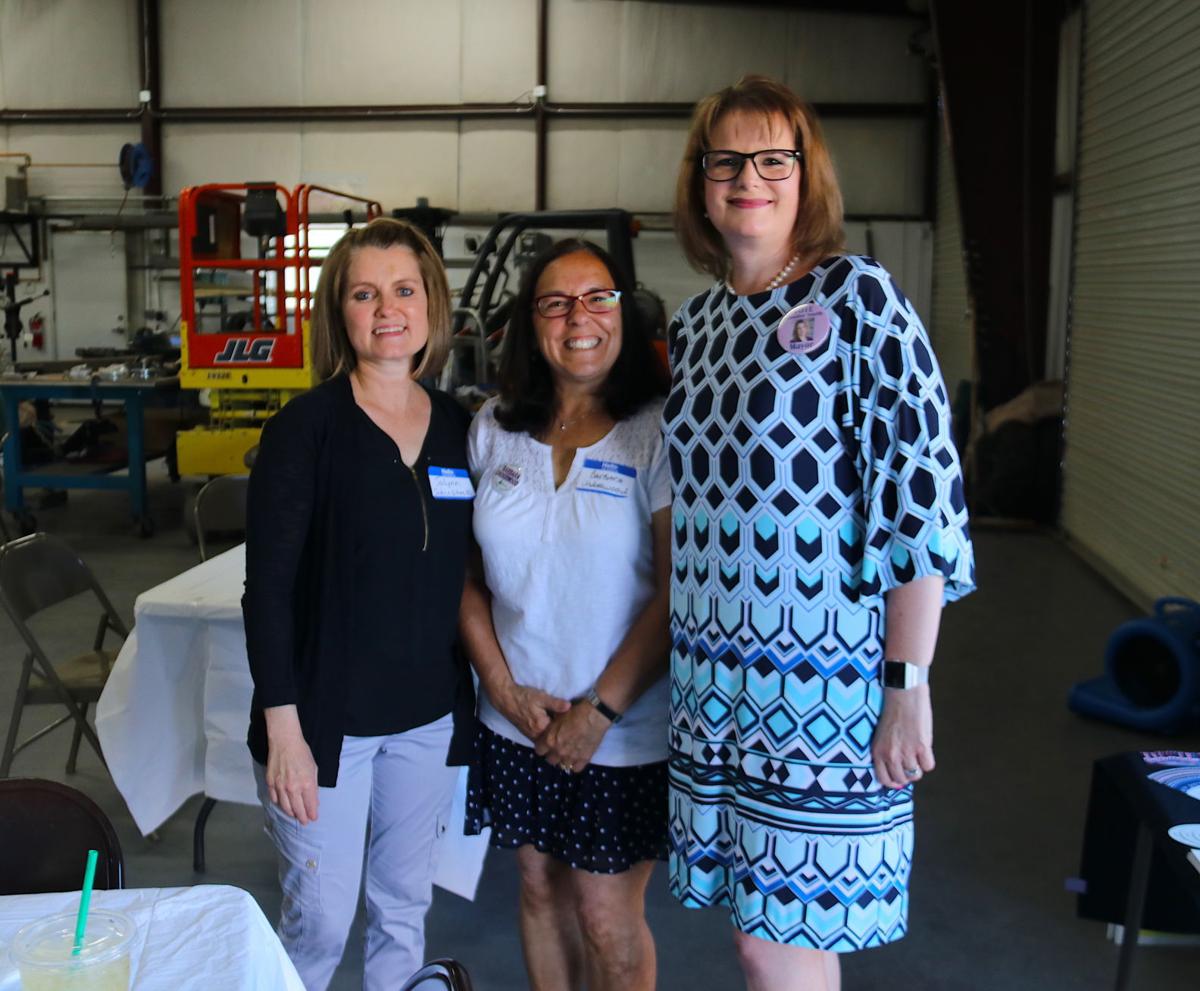 These three candidates, Jolynn Schinstock, Barbara Underwood, and Jennifer Smith have decided to run as a block for the Payson Town Council race.

Jennifer Smith, candidate for Payson mayor, on June 9 told a crowd of supporters the story of how she found Payson.

She delivered the talk in a building full of family history, offering a story that could serve as a blueprint for economic development in Payson.

Back in the early 1990s, Payson’s economic director convinced Smith’s father, Paul Rasmussen, to move his medical manufacturing company from California to Payson.

The building she held her fundraiser in, a former recycling plant, was owned by the Hemstras, her parents’ best friends. They had also been recruited to move their business to Payson.

Smith’s mother and father became best friends with the Hemstras. Payson not only offered a place to do business, but a connection to lifelong friends.

“This is what we need to bring back,” she said. “This is economic development in Payson ... this is how we pay for resources.”

Smith graduated from Payson High School, then earned several degrees and certifications in science and business. She now runs her parents’ business. Smith has served on the planning and zoning commission and the economic development advisory consortium. She now also sits on the MHA Foundation and Rim Country Educational Alliance boards.

Her children attend schools in the Payson Unified School District.

This is Smith’s first dip into running for public office, a point one audience member raised.

“You’re a newcomer to almost everyone in town,” he said.

He wondered how she would get her name out there.

“My campaign just started,” she said, pointing to the many signs dotting each corner of the street outside the venue. She also plans to use Zoom to hold campaign events.

One audience member asked, “What do you think should happen to Main Street?”

Smith said many plans over the years have failed. She likes the plan developed by Bob Hershberger, the former head of Arizona State University’s architecture program.

“He crafted a detailed plan,” she said, which conforms to the wishes of the community as detailed in the voter-approved General Plan.

The most potentially provocative question came when someone asked about the progress made to bring a university campus to Payson.

Smith pointed out the University of Arizona medical school has already started classes with third-year interns.

“We are retrofitting a building on Main Street for their needs,” she said.

She admitted it wasn’t exactly what the MHA Foundation and RCEA had envisioned. Backers of a university campus in Payson spent years in ultimately fruitless negotiations with Arizona State University, hoping to build a campus with hundreds of students living in dorms, which would have had a huge economic impact on the community.

“Are they as big as we hoped? Not yet. Are they exciting? Yes,” she said of efforts to bring an educational institution to Payson.