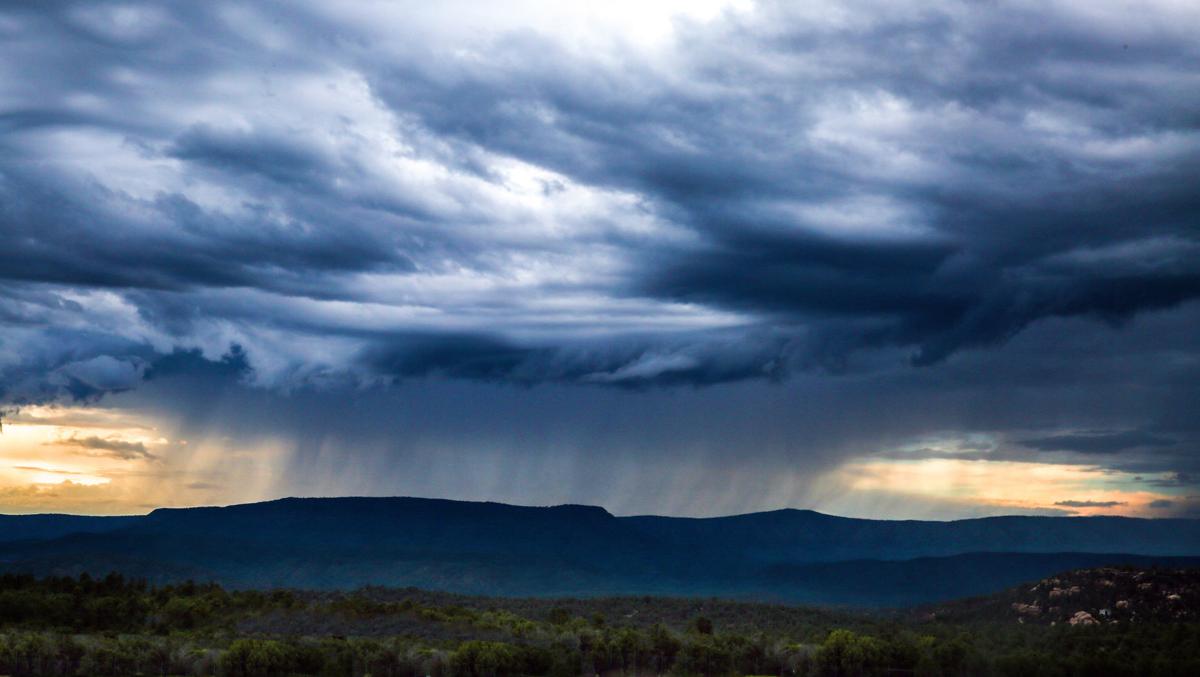 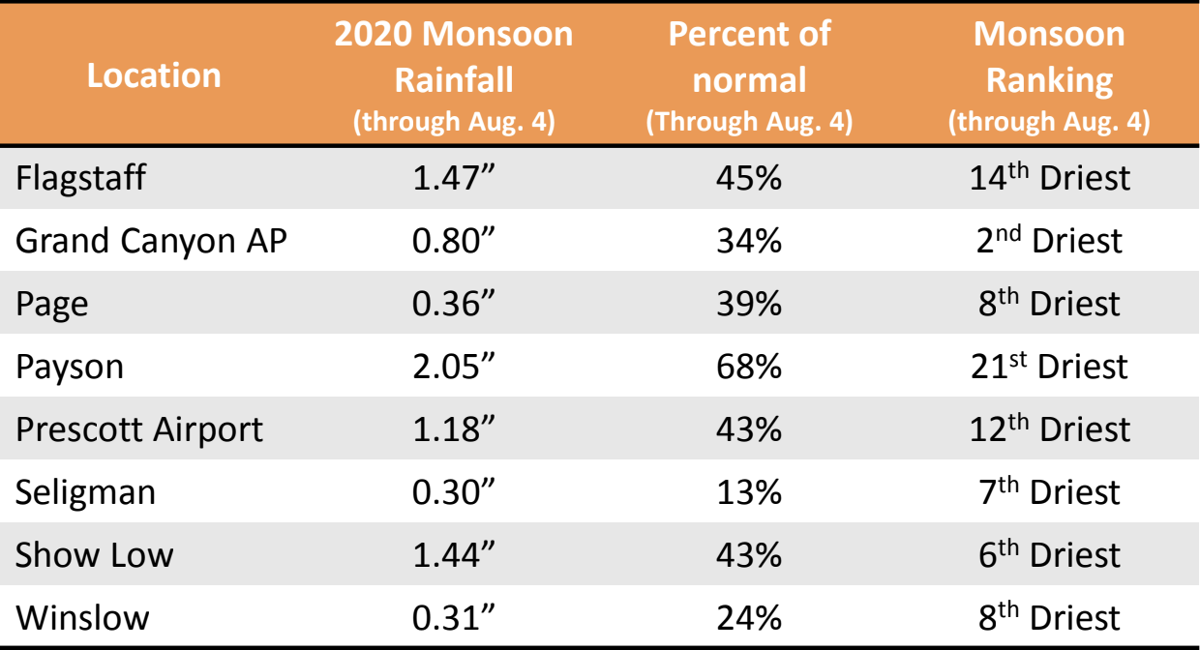 Instead, fire conditions look increasingly like they did weeks ago at the height of fire season — with high winds to boot.

Data shows many places in northern Arizona have received less than half the normal amount of rain for a typical monsoon.

As an example, the National Weather Service in Flagstaff recorded only a trace of rain in the 10-day period ending Tuesday, Aug. 4. Records back to 1898 show this has happened only three other times.

Payson only had 1.05 inches during that same 10-day period.

Worse, there’s no end in sight to the sunny days with low humidity and winds thrown in for good measure.

These hot and dry conditions will persist at least until Aug. 18.

Temperatures will toggle from 90 to 96 degrees.

Low pressure parked along the California coast will increase southwest winds. The moisture in the air — in a typical monsoon high — has dropped to historic lows. Winds could gust from 20 to 35 mph in some areas.

All this adds up to increased drought and fire danger. Fuels are now as dry as they were in late May, the height of Rim Country fire season, say fire officials.

This year Rim Country has reeled from the Bush Fire to the Polles Fire. The Bush Fire forced evacuations, but hundreds of firefighters and air tankers averted disaster. Now, just a week or two after reopening the Tonto Forest, dry conditions have put the Forest Service on alert.

The Forest Service firefighters base their fire staffing “on current and expected conditions,” said Plain.

When the monsoons start, the Forest Service fire folks breathe a sigh of relief, often offering to help neighboring states that can’t count on a monsoon to relieve them of a fire season.

“But we can’t provide much help if it is dry at home,” said Plain. “We wish for a normal monsoon, but that doesn’t always happen.”

For instance, last year ranked as the eighth driest monsoon on record in Payson, said Plain.

Plain and the Payson Ranger District have all the local engines at home, plus engines and crews visiting from other areas such as Silver City.

If any local resources go out to help other forests or ranger districts, they don’t go far.

“Our local helicopter is on the San Carlos Reservation on fires, but available for initial attack fires” in the Payson Ranger district, said Plain.

Large air tankers can be called up, if needed.

“It’s always a balancing act and resources do get stretched thin at times, but we have the ability to get resources if the need arises,” he said.

The NWS “remains pessimistic” that any sort of monsoons will arrive soon.

“The troughs along the West Coast that have plagued us through the first half of the season continue to show up ...,” wrote the NWS on its website. “The likely scenario is above normal temperatures and dry conditions, persisting across much of northern Arizona through at least mid-month.”

Except for the White Mountains where the NWS predicts “daily” monsoon storms for the next few days.

The condition of the streams and reservoirs reflect the increasingly dry conditions.

Roosevelt is still 92% full with 1.5 million acre-feet in storage. However, Salt River Project released 3,000 acre-feet more than the inflow, supplying the parched Valley.

Almost the entire state has slipped into either moderate or severe drought, including all of Gila County, according to the U.S. Drought Monitor.