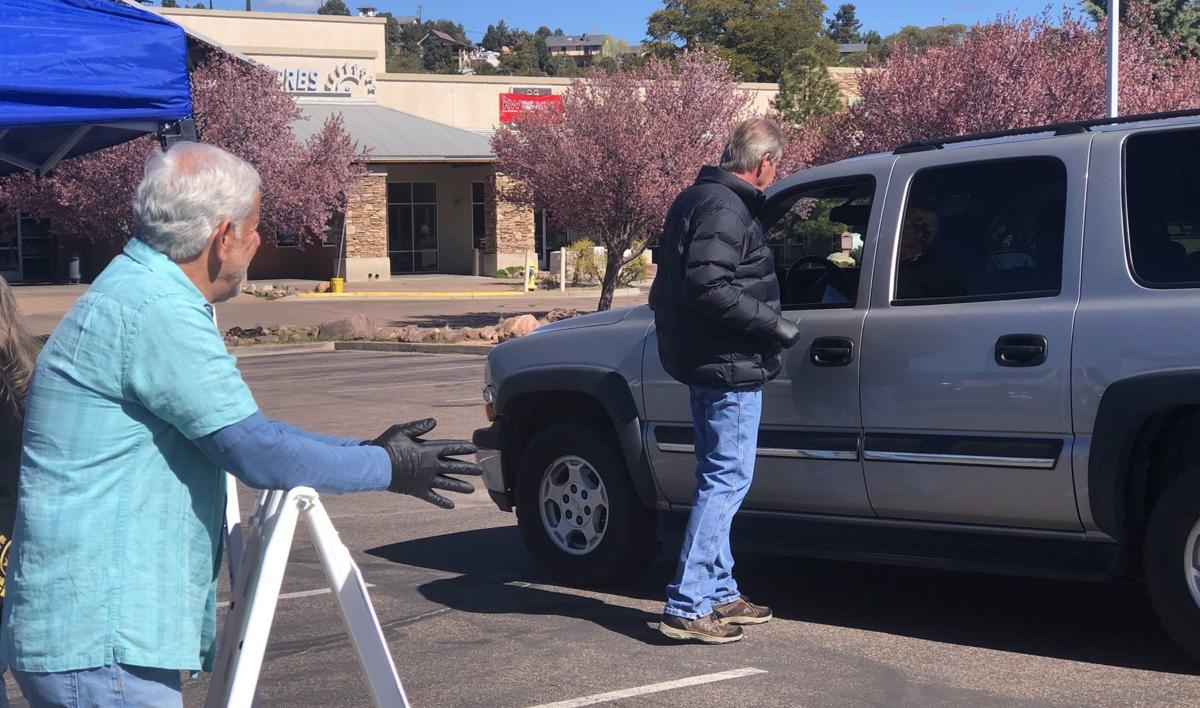 Jeff Robbins (at car) joined with other volunteers to collect signatures outdoors at the Sawmill Theatres parking lot. Candidates need around 200 signatures to qualify to get on the ballot. 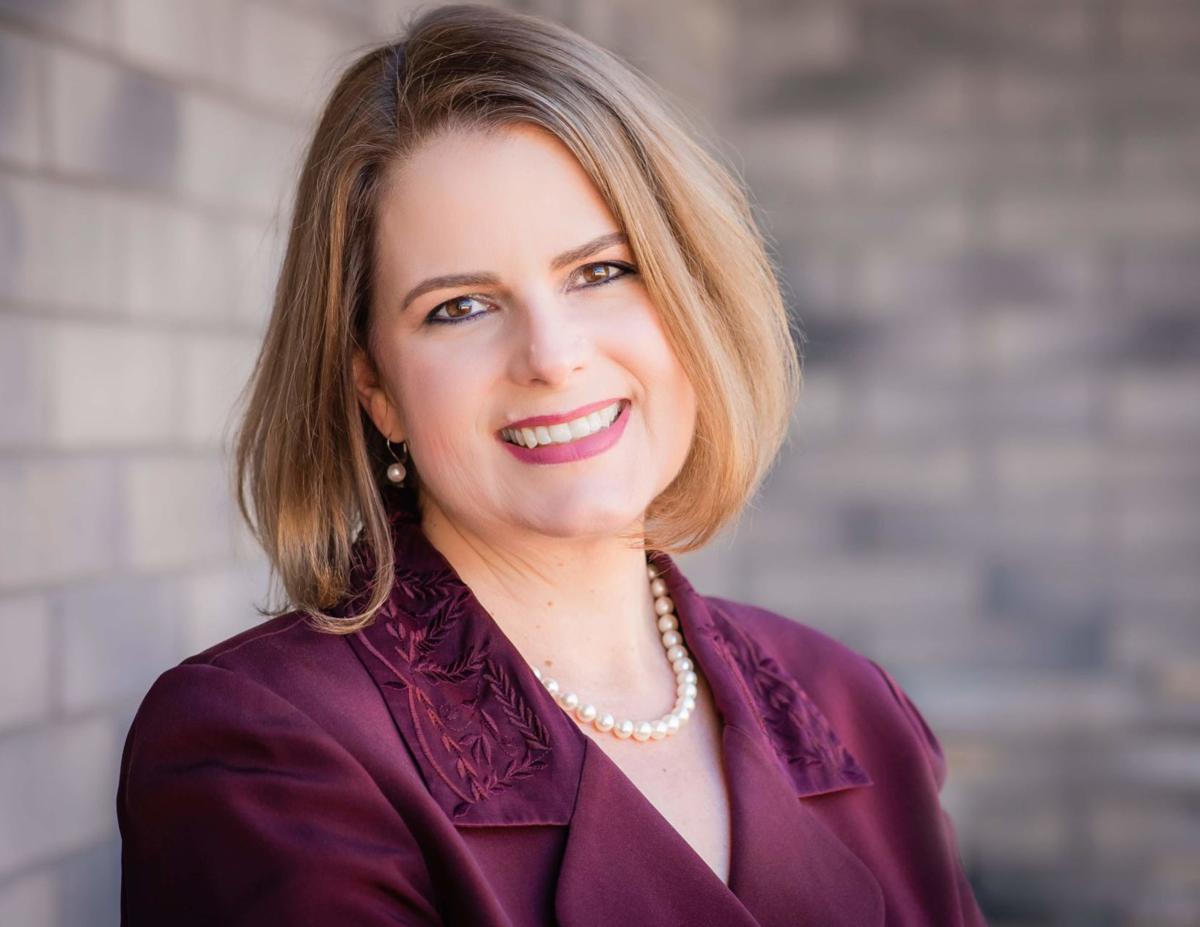 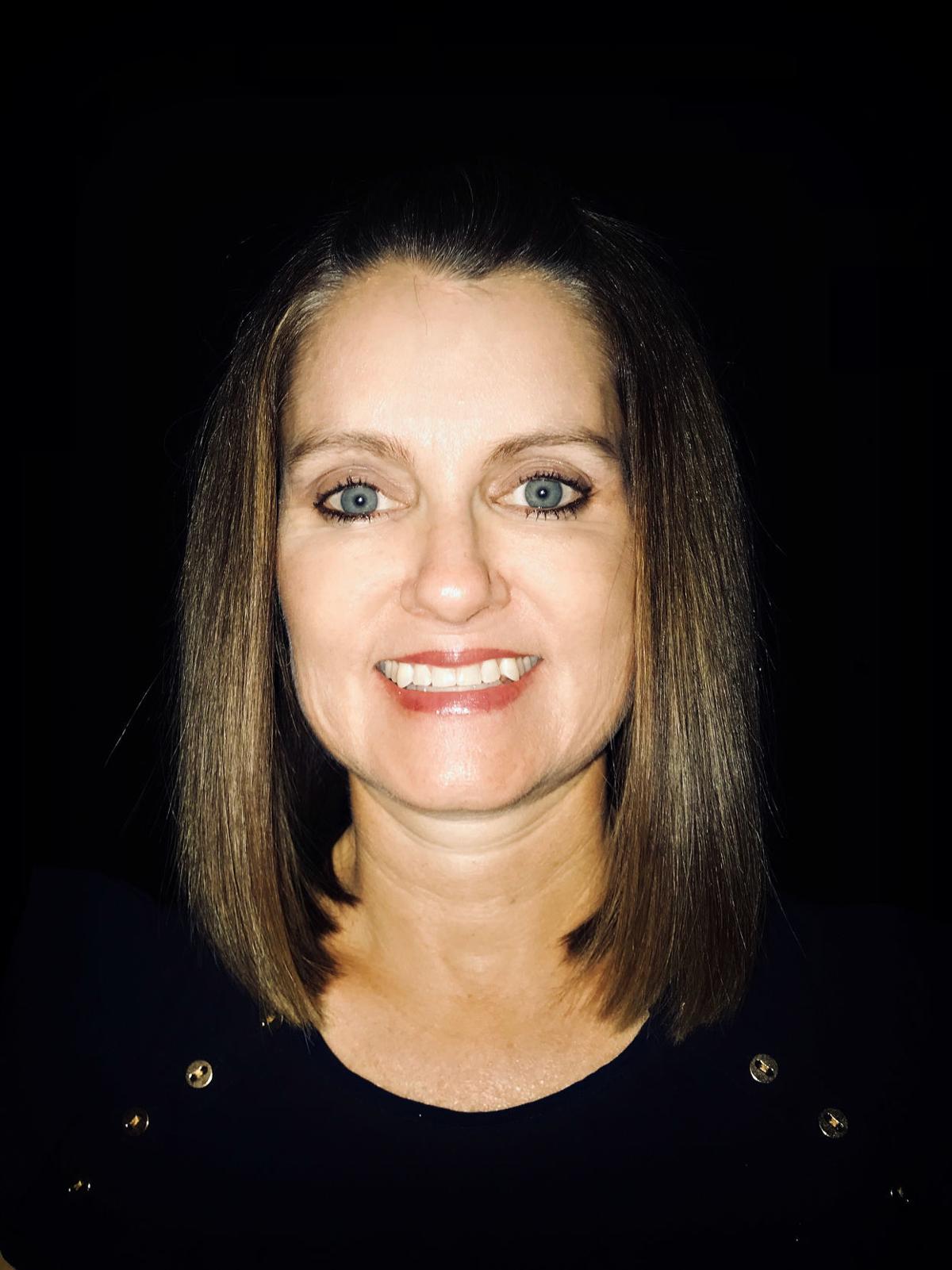 Jolynn Schinstock has pulled papers to run in the Payson town council race. 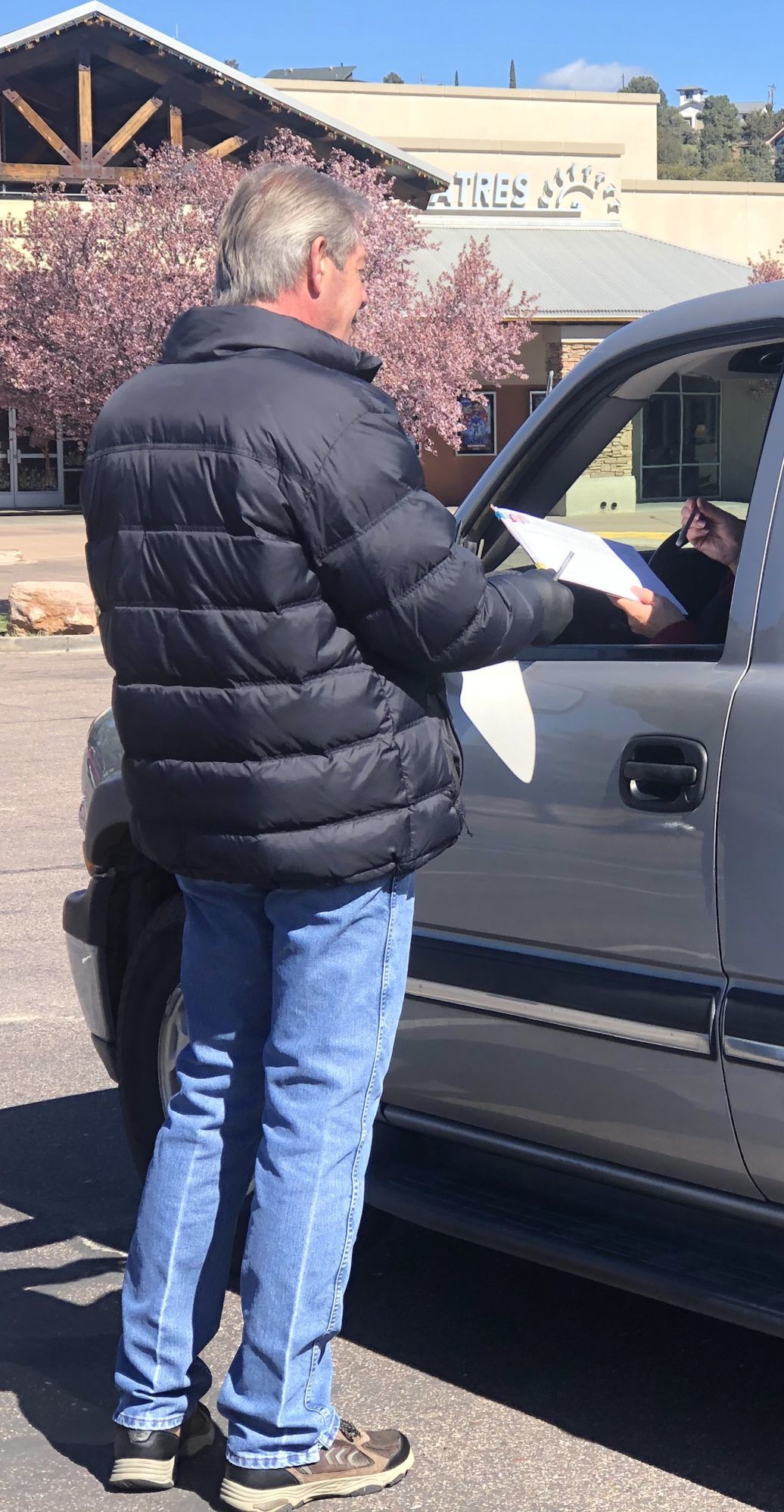 Jeff Robbins collects a signature for a block of Payson Town Council candidates this week in the now deserted Sawmill Theatres parking lot.

Jeff Robbins (at car) joined with other volunteers to collect signatures outdoors at the Sawmill Theatres parking lot. Candidates need around 200 signatures to qualify to get on the ballot.

Jolynn Schinstock has pulled papers to run in the Payson town council race.

Jeff Robbins collects a signature for a block of Payson Town Council candidates this week in the now deserted Sawmill Theatres parking lot.

Jennifer Smith and Jolynn Schinstock have pulled papers to run in the Payson mayor and council races.

Smith, who pulled papers to run as mayor, is the only candidate so far challenging incumbent Tom Morrissey.

The two sit across the aisle on the Rim Country Educational Alliance board issue, a confrontation between the town and RCEA that has resulted in lawsuits.

Smith, a board member of the RCEA and MHA Foundation, has often served as the spokesperson for the groups during the town’s attempt to dismantle the RCEA.

But she and her family also run a Payson business. Back in the 1990s the town recruited her family’s orthotics manufacturing business from California.

She then spent her undergraduate years learning about science and prosthetic orthotics.

Her graduate education focused on business. She has a master’s in management and leadership and marketing.

Smith has worked on town committees, including planning and zoning and the economic development advisory consortium.

Schinstock sits on the Payson Unified School District board.

She will run for one of the three open council seats now filled by Steve Smith, Barbara Underwood and Janell Sterner.

Schinstock has lived with her husband Mike and five children in Payson for 10 years. She works remotely as a government contractor for the U.S. Army. Her husband is the head of the Payson Hotshot fire crew for the Payson Ranger District.

While her children attended school, Jolynn raised money for the district. Her capstone project included $100,000 for playground equipment at Julia Randall Elementary.

The two new candidates joined with Scott Nossek and Barbara Underwood to organize a signature gathering effort at the Sawmill Theatres parking lot March 23 through March 27.

Signature collector Jeff Robbins believes the candidates each have enough signatures to file already, but he and other volunteers plan to continue gathering through Saturday, March 28.

“People are streaming in,” he said. “It has been great.”

So far the candidates include incumbents Morrissey, Sterner and Underwood, who seek to keep their seats.

Also running for council seats are Dave Golembewski and Deborah Rose along with Nossek and Schinstock.

Packets are still available to run for council or mayor in Payson Town Hall.

All filings must be received by April 6.

For now, the town requires candidates to pick up packets in person at town hall. The town might change its policies, as the Secretary of State has, to require all candidate paperwork be filed by mail.

Due to the COVID-19 threat, candidates have taken to social media to organize drive through signature gathering to qualify for the ballot.