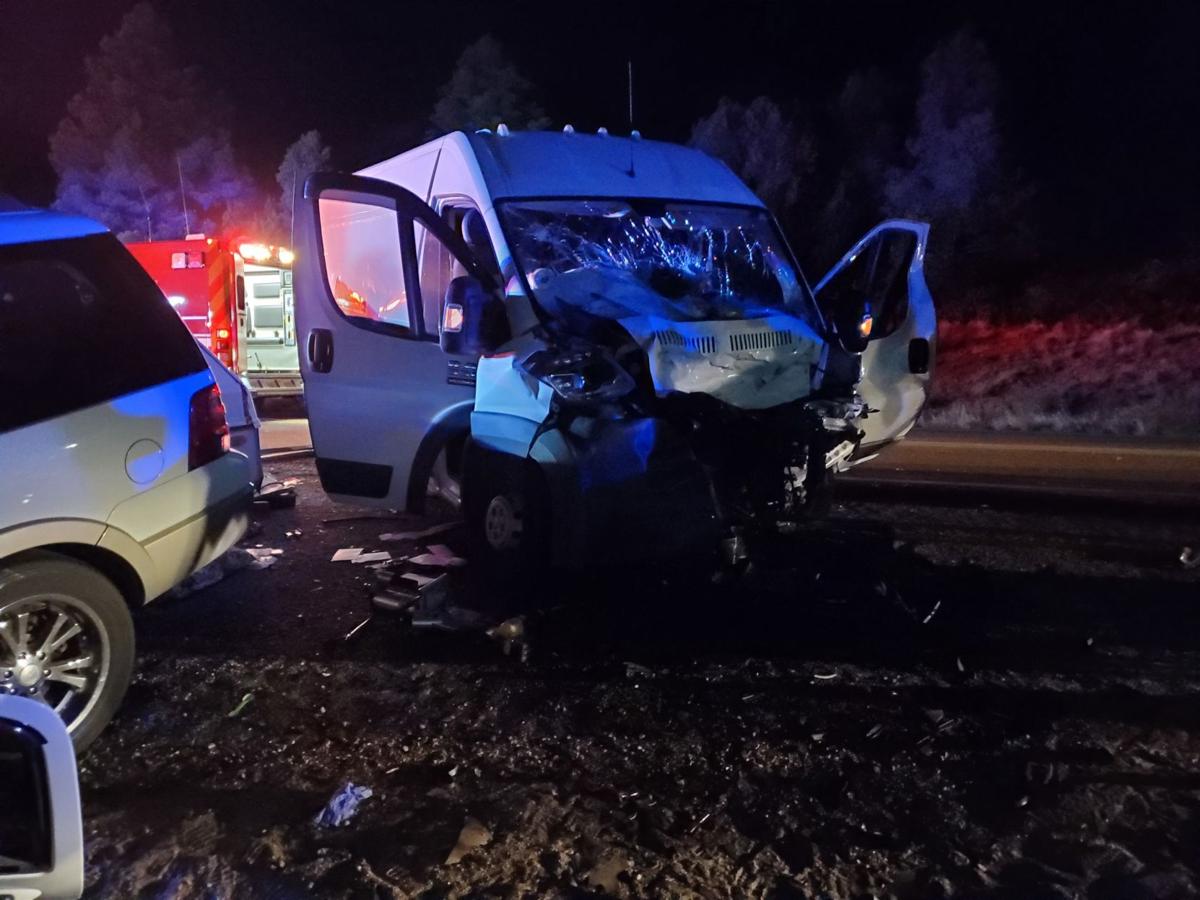 This van collided head-on with an SUV Sept. 4 on State Route 260, east of Diamond Point Shadows Steakhouse. Several people were airlifted from the scene. 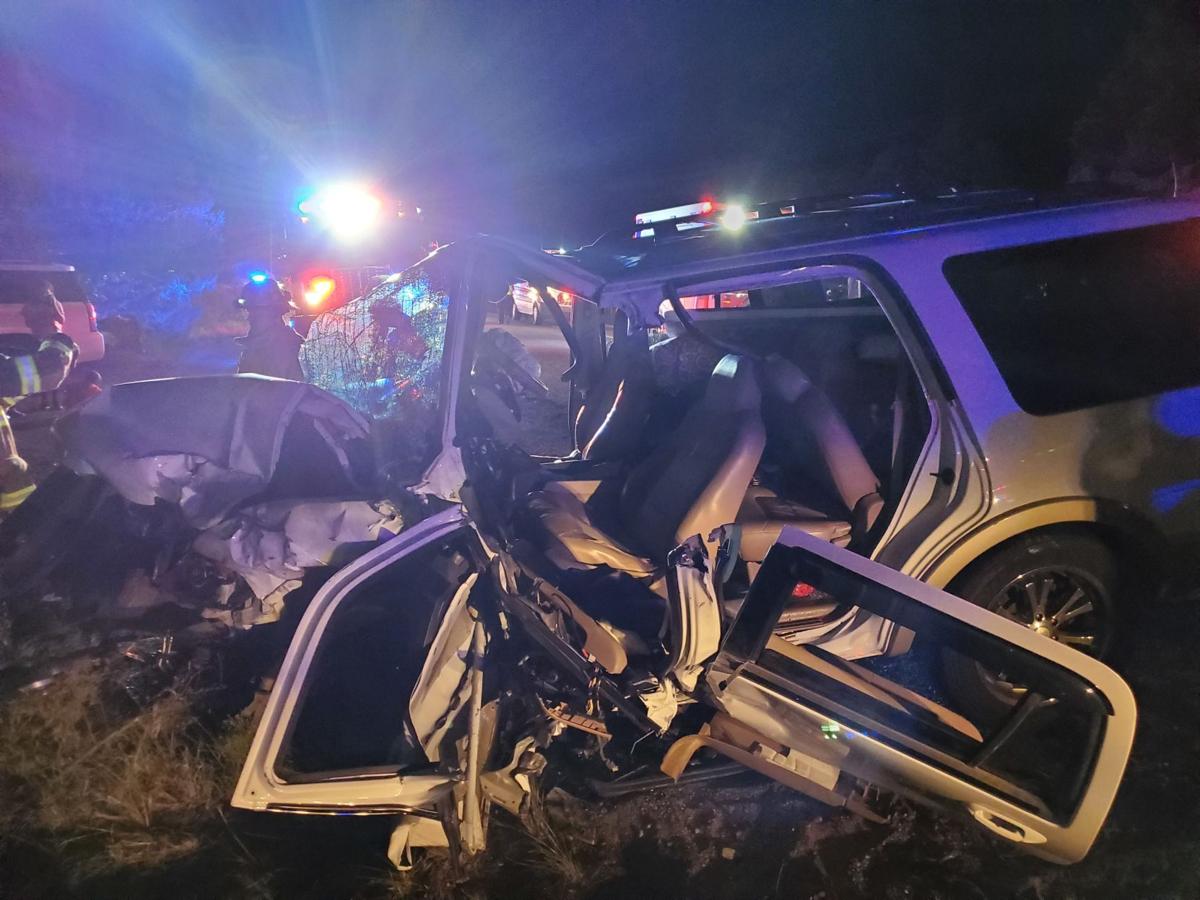 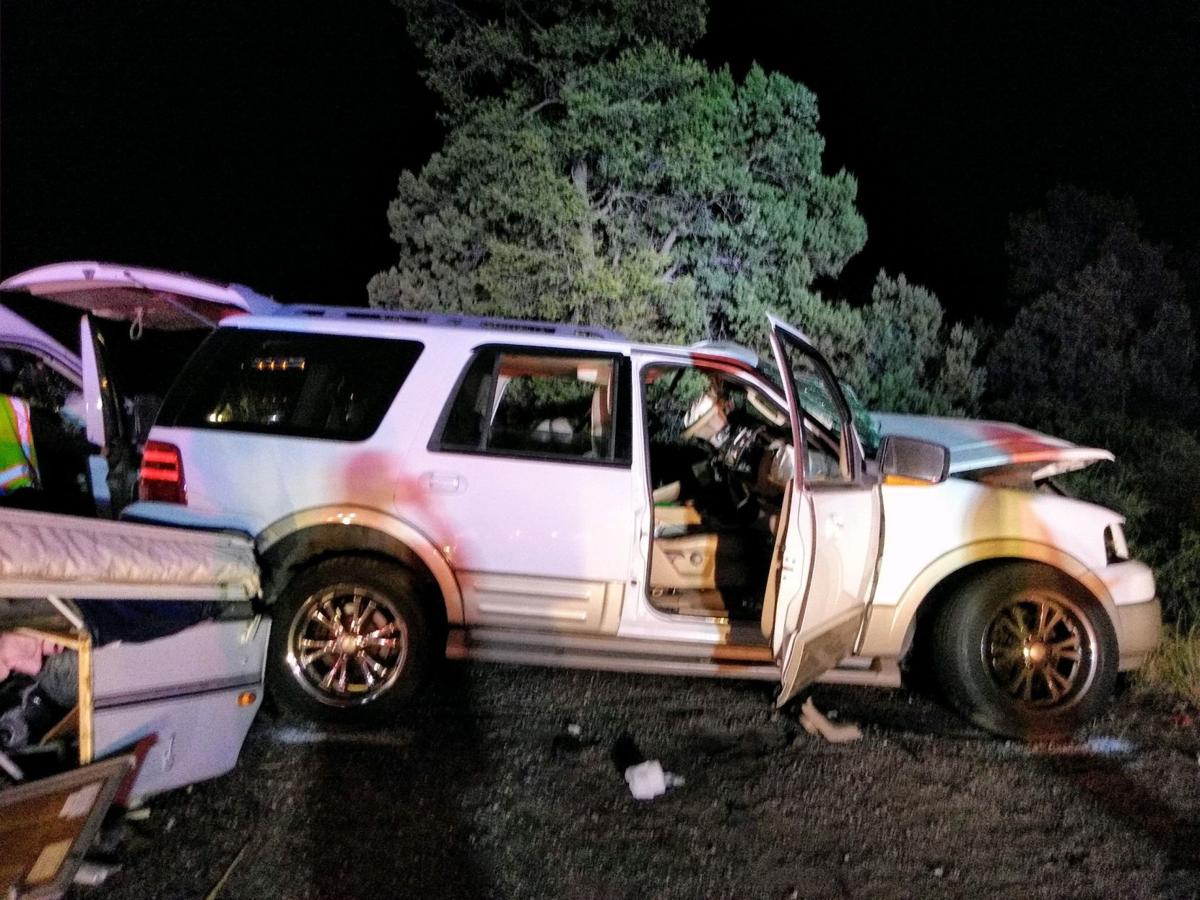 A family was heading out for a camping trip when their SUV collided head-on with a white van Friday night east of Star Valley. It was the second accident of the night in the area. 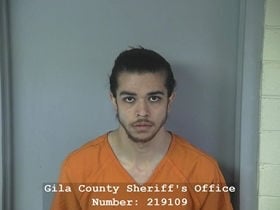 This van collided head-on with an SUV Sept. 4 on State Route 260, east of Diamond Point Shadows Steakhouse. Several people were airlifted from the scene.

A family was heading out for a camping trip when their SUV collided head-on with a white van Friday night east of Star Valley. It was the second accident of the night in the area.

There were two accidents within a half-mile of each other the evening of Sept. 4 on State Route 260, one involving a group of friends heading home from a weeklong camping trip and the other involving a family headed out to camp.

The first accident happened around 8:30 p.m. when a westbound Ford-150 pickup rolled at milepost 258.5, near the Lion Springs Road turnoff, ejecting one female passenger.

Hellsgate firefighters found the truck had rolled roughly 25 yards into the brush on the north side of the roadway, said Hellsgate Capt. Jeff Yungkans.

Alexis Ochoa, 26, of Tempe, was thrown from the vehicle. A helicopter was called to transport Ochoa to a Valley trauma center, but when the helicopter landed on the highway, it was determined Ochoa would not survive the flight.

She was taken by ambulance to Banner Payson Medical Center, where she died, he said.

There were three other people in the pickup that rolled. One person had non-life-threatening injuries and two others refused treatment, he said.

The driver, Vincent Rodriguez, 25, also of Tempe, said the truck rolled when he swerved to avoid an oncoming vehicle in his lane.

Det. Karen Baltz, with the Gila County Sheriff’s Office, said they are still investigating, but a witness said they did not see a vehicle swerve into Rodriguez’s lane.

The group was returning to the Valley after camping five days in the Springerville area, Baltz said.

Rodriguez was arrested on charges of manslaughter and endangerment.

Firefighters hadn’t even made it back to the Star Valley station when they got toned out around 11 p.m. for another accident on 260 Friday night, this time at milepost 259.

Yungkans said they were at the Payson hospital when the call came out. By the time crews got to 260, eastbound traffic was already backed up to Tyler Parkway.

Unable to get through the maze of holiday traffic, Hellsgate asked the Gila County Sheriff’s Office to shut down the highway so they could travel eastbound in the westbound lanes.

On scene, they found a white van and an SUV had collided head-on.

People were trapped in both vehicles and required extrication. Payson Fire assisted Hellsgate in getting everyone out.

Three people were airlifted, two from the scene after helicopters landed on the highway, and the third from Banner Payson, he said.

Two other passengers refused treatment on scene. They were traveling in the SUV, which was towing a pop-up camp trailer. They left with other family members who were following behind in another vehicle, he said.

In the midst of the calls, Hellsgate received word that a family trying to reach the hospital was stuck in traffic because of the highway closure.

The family was reportedly camping when a child in their group was bitten by a dog.

Crews were able to get the family to the scene of the head-on accident where the child was checked out by paramedics. It was determined the injuries were not life-threatening, but the child should be transported to the hospital, he said.

Hellsgate Fire cleared the scene around 1 a.m. and State Route 260 was reopened around 1:30 a.m.

The accidents occurred in a two-lane section of State Route 260 outside of Star Valley.

For years, the Arizona Department of Transportation has punted on funding expansion of the roadway to four lanes. It is the only section of 260 between Payson and the Mogollon Rim that is still two lanes.

Jeramie Brunson, who stopped to help on the scene of the head-on accident, said, “This section of highway has been bumped from project funding for 20 years now! Rural Arizona is ignored!”

The Roundup reached out to the ADOT Public Information Office for comment and received this email response:

“The Lion Springs section of 260 is an important project for the Arizona Department of Transportation and for many travelers in Arizona. Creating more capacity, while also supporting improved safety is critical for this stretch of SR 260,” the email stated. “There are always competitive pressures facing projects throughout Arizona and that is especially true as the impacts related to the coronavirus pandemic are still being fully assessed.

“ADOT recently initiated a design project that will detail the widening improvements for the Lion Springs segment.”

Love it - ADOT blames the Coronvirus for not widening a road. Good that virus came along to give an excuse for just about everything that fails.