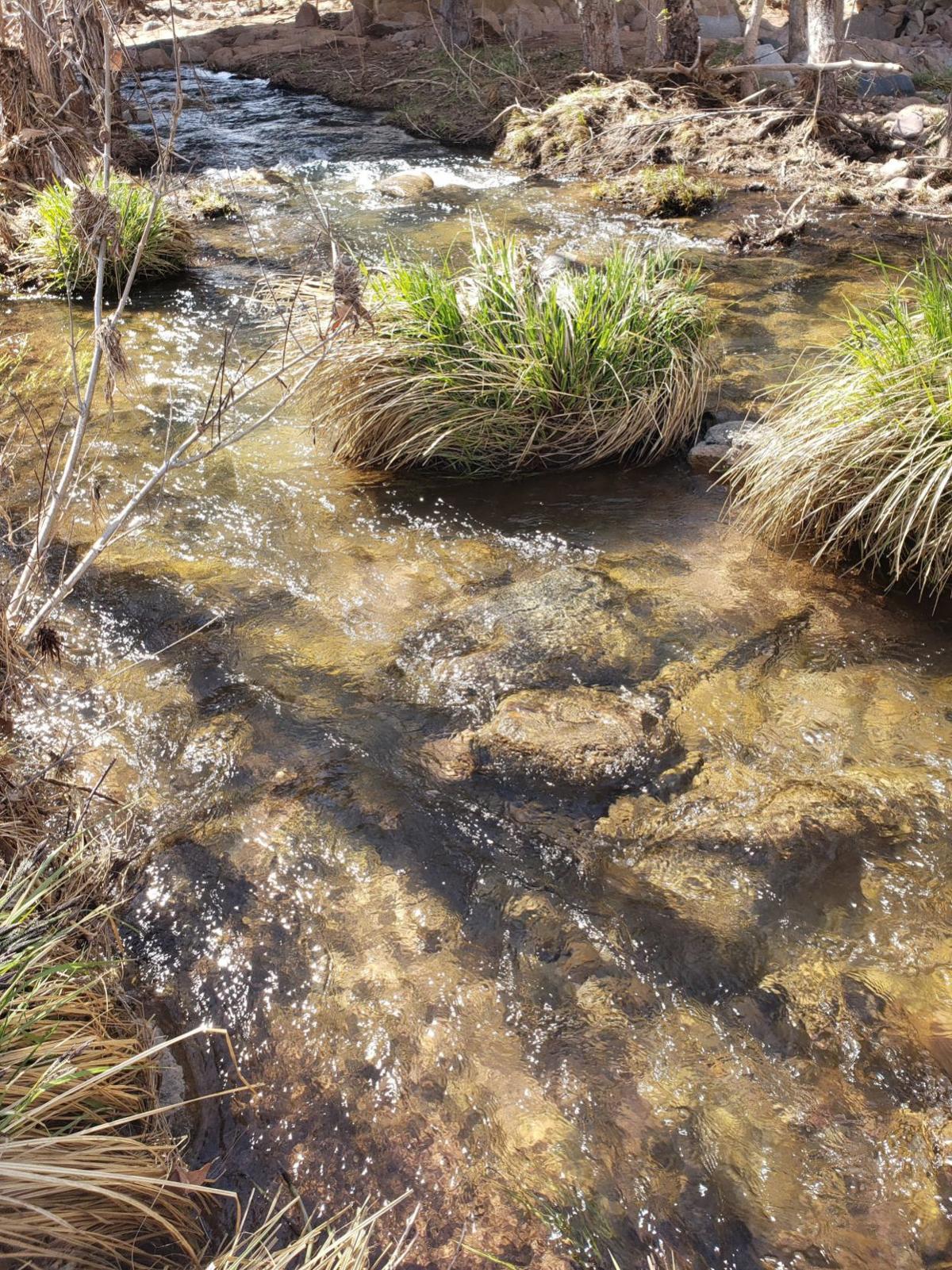 Gila trout seek cover especially in the middle of the day. This is where I caught my first Gila trout after the fly drifted completely into the shade. 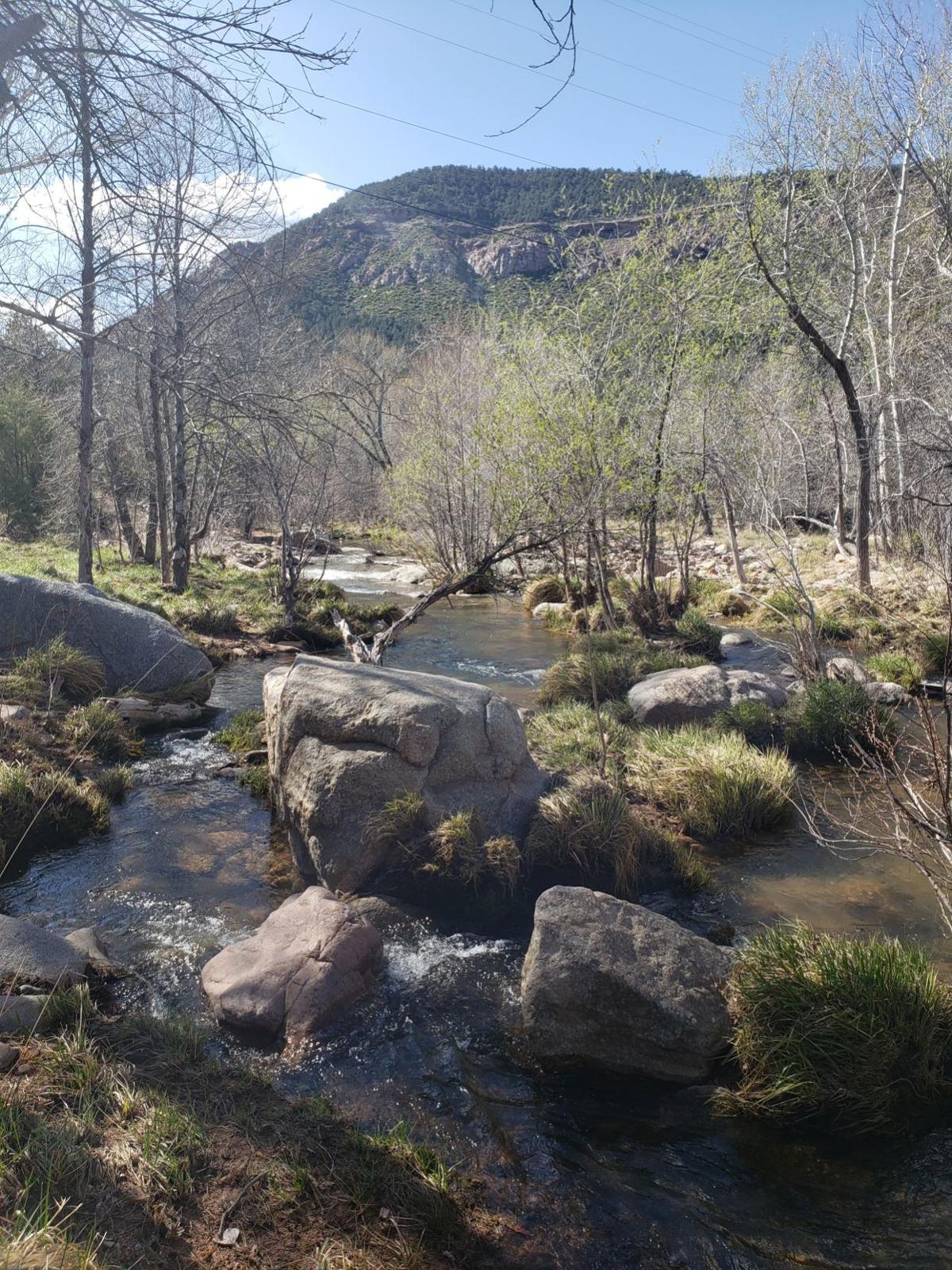 This kind of water provides great cover for Gila trout. 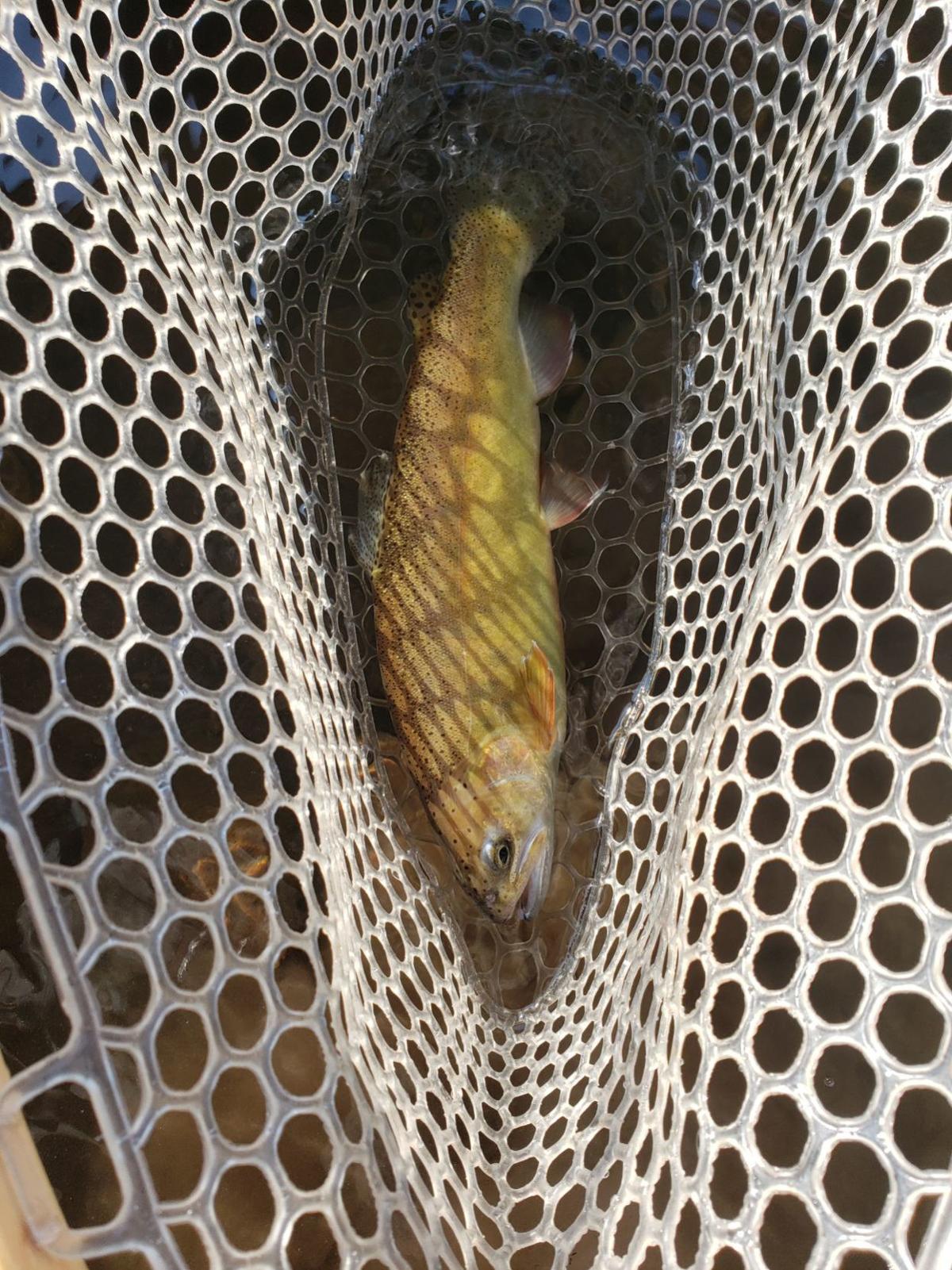 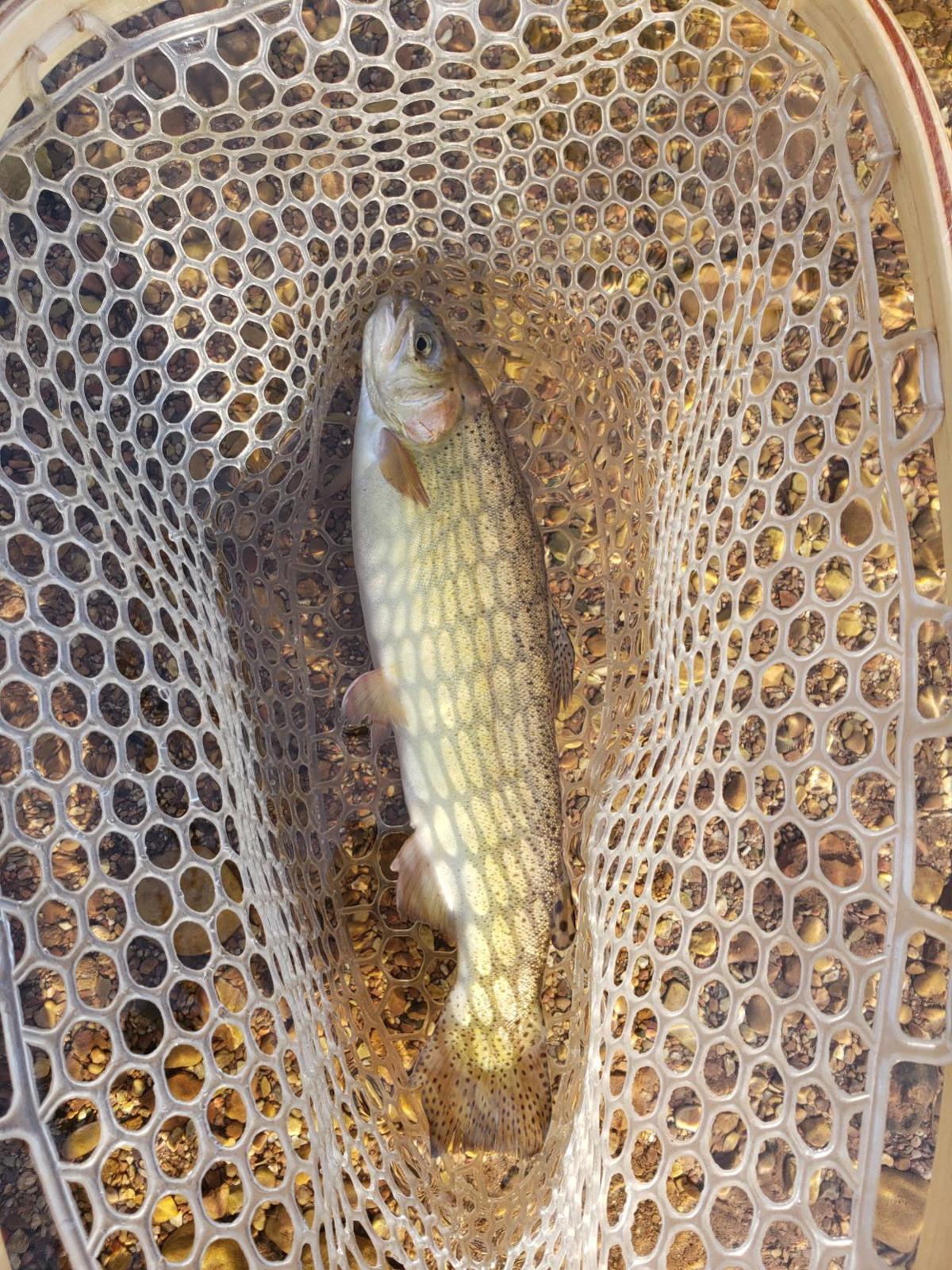 Gila trout seek cover especially in the middle of the day. This is where I caught my first Gila trout after the fly drifted completely into the shade.

This kind of water provides great cover for Gila trout.

A native fish species is being returned to Rim Country streams.

Recently, the Arizona Game and Fish Department (AZGFD) stocked Gila trout in the East Verde River for the first time.

Actually, that is not entirely true. AZGFD stocked about 30 Gilas last year to determine their movement and then compared that data with rainbow trout movement.

Game and Fish plans to stock the East Verde weekly with Gila trout from the Canyon Creek Hatchery throughout the spring and summer.

The fish are one of two threatened Arizona native trout species. They were historically found in many of the streams in Rim Country.

I’ve had the great pleasure of visiting the Canyon Creek Hatchery and getting to see the staff work through many hurdles in raising these fish. Gila trout behave in ways that require different feeding and care than the rainbow trout also at the hatchery.

While we have raised rainbow trout in hatcheries for well over a hundred years, Gila trout have kept much of their wild disposition. Rainbows are very comfortable with the hatchery staff cleaning their tanks, and eating soon after a tank cleaning. In the raceways, they expect being fed, and come up to take the pellets within sight of the staff.

Gilas are frightened by several things that don’t seem to faze a rainbow trout. Gila trout will stop feeding for hours at a time if their tank is cleaned. Initially, staff had to throw pellets across a rainbow trout raceway to the Gila trout because close human proximity would cause them to stop feeding. Recently, automatic feeders were installed to reduce human contact. They also covered large sections of the tanks to provide the fish with the cover that they seemed to want.

Canyon Creek Hatchery now has several large circular tanks that keep the Gilas swimming. These tanks are designed to hide the staff from the fish, allowing them to empty the waste through the plug in the center of the tank where the water swirls and the debris is eliminated without distressing the trout.

Their efforts have really paid off to where they have enough fish to stock the East Verde this year. As they expand the efficiency of their operation with these challenging trout, they anticipate providing Gila trout to other waters in Rim Country.

According to AZGFD research, soon after rainbows are stocked, they typically remain in or very close to the same pool for days or even weeks. They seem comfortable near one another just as they did in the hatchery.

Gilas like their personal space. After being stocked, they are more apt to travel around the pool, and are less likely to stack up in a tight pod like rainbows. Preliminary data – from a limited amount of observations on Gilas in Arizona streams – seems to show that the fish will travel quite a distance from their original stocking point.

This desire to move will serve us well. In the short term, with the coronavirus pandemic and our need to stay separate when we fish, we are more likely to find Gila trout throughout the stream.

The real advantage to this propensity to move is that unlike the stocked rainbow trout, an introduced species, that are required to be infertile triploid trout, the Gila trout as a native fish, are being stocked with the ability to reproduce. The more fish anglers release that after being caught could mean a larger spawning population and years of great fishing throughout the East Verde River.

I am no expert in catching Gila trout, but I am thrilled to report that I have already caught four Gila trout from the East Verde after their first week of stocking. My observations at the hatchery provided me with some important insights on how to fish for Gilas.

Gila trout are very sensitive to movement and will seek cover at the first sign of danger, much like the wild rainbows and brown trout in some of our smaller Rim Country streams.

I am careful to approach slowly and remain as far from the creek as possible when I am surveying a pool. Since they are also sensitive to being exposed in the light, I look for them in shaded water.

If it is sunny, then look for them near rocks, logs or undercut banks that provide cover. Be sure that your shadow does not land on the water while you fish.

Using the knowledge of my success with wild brown and rainbow trout, a delicate approach is important. Instead of larger bead head flies that could create a splash in a pool, I use unweighted wet flies or small bead head zebra midges in sizes 14-18. A dry fly drifted through a pool or run provides a light landing on the water and would be effective for Gilas like it is for wild rainbows and browns.

Introducing Gila trout to the East Verde River is a fantastic gift from AZGFD. It is important to bring these native trout back to Rim Country. They are a thrill for fly fishers like me to catch, and will no doubt bring many anglers wanting to add Gila trout to their catch list from all over the state and country. They will be a nice economic draw after the effects of the pandemic subside.