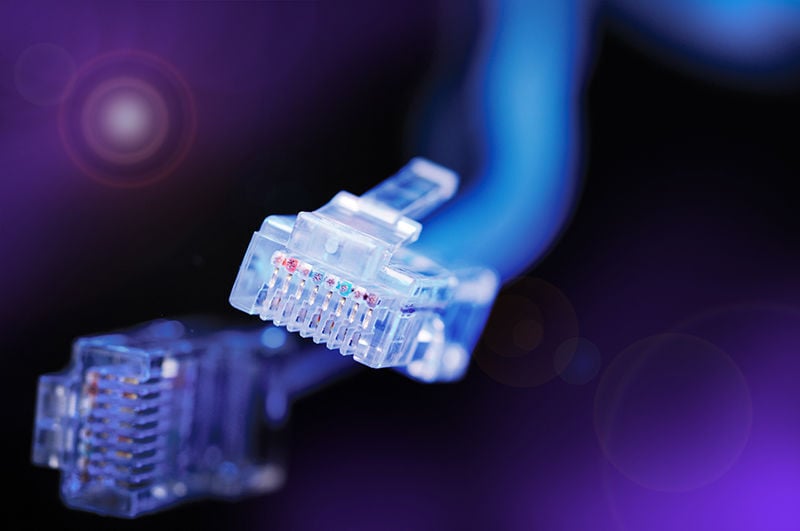 The Town of Payson seeks to find a way to be part of the broadband solution for Rim Country. 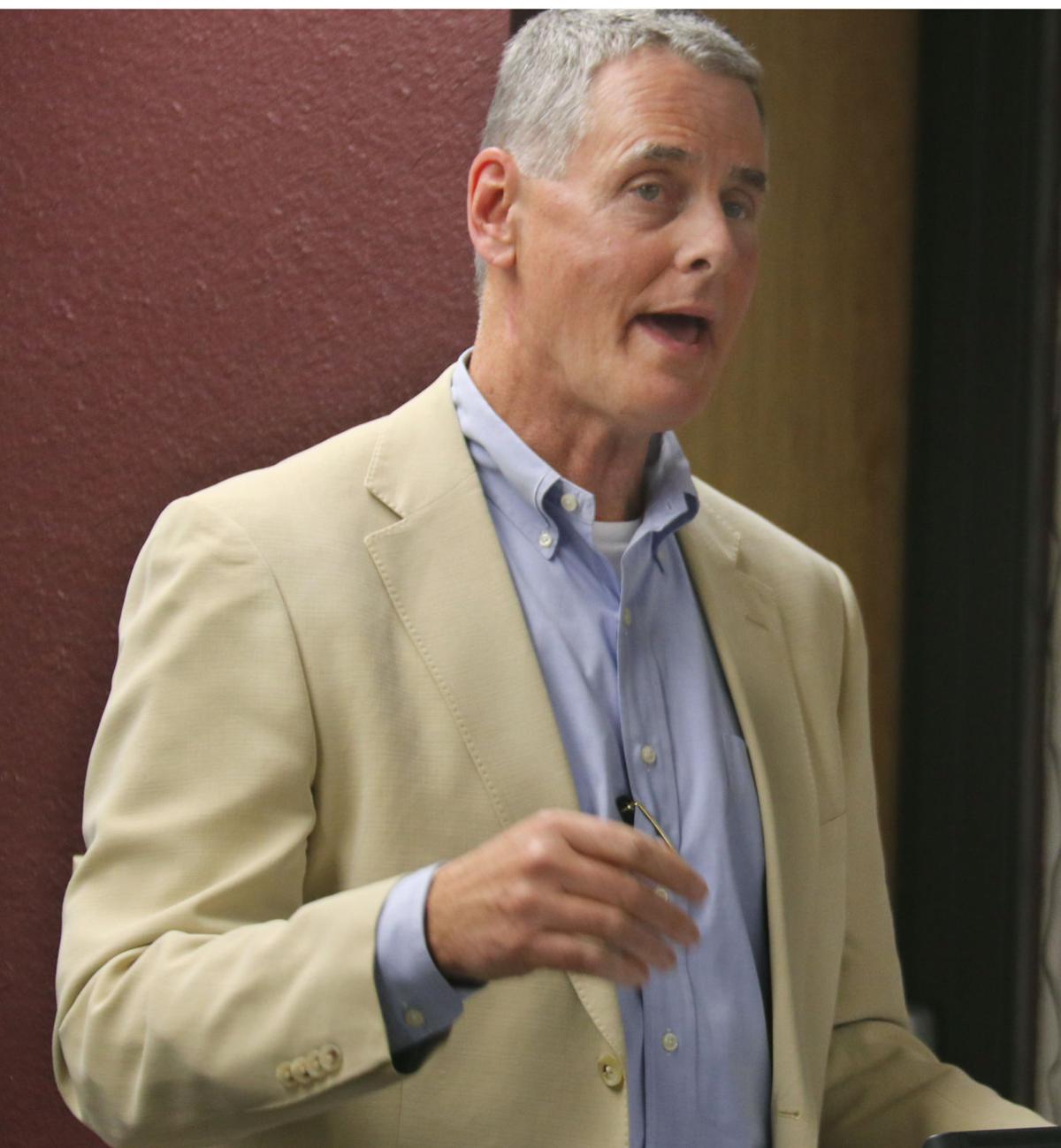 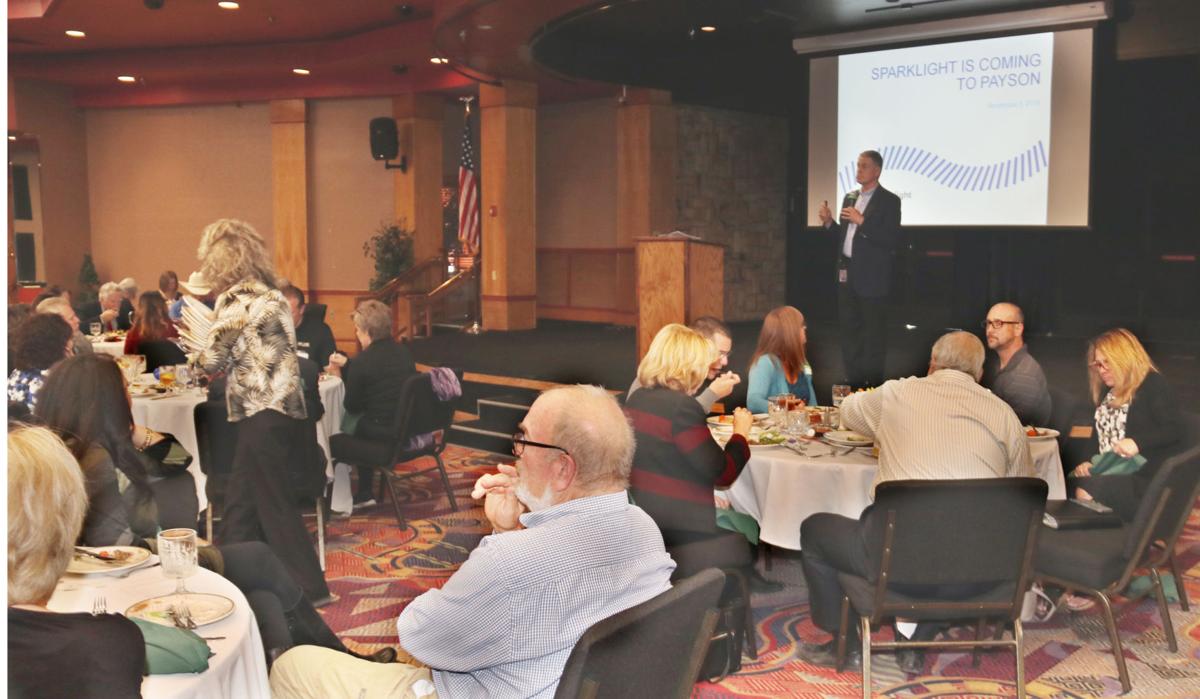 Ken Conner of Sparklight (formerly Cable One) speaks to the members of the Rim Country Chamber of Commerce during its November luncheon. His prediction businesses could have redundant high-speed broadband services by next year should come to pass. Already the company has built a line from Show Low to Star Valley.

There’s a new broadband player in town and its name is Sparklight.

Well, maybe Sparklight hasn’t made it to Payson just yet, but it will soon. So far, Sparklight’s new fiber line has snaked its way from Show Low to Star Valley. All that remains are a few permits from federal and commercial agencies to get to Payson, said Ken Conner, director of market development for Sparklight.

He estimates Sparklight service will arrive in Payson “by the end of this year, give or take a month.”

The company plans on approaching those along its trunk line with a focus on the commercial customers.

“We’re going to talk to the wireless (internet) providers,” said Conner along with cellphone providers.

But this new line will not solve a long-standing issue with Rim Country broadband — outages. Sparklight’s fiber provides end-of-the-line spur off service. Similarly, CenturyLink’s broadband line arrives in Payson after traveling up from the Valley and over from Camp Verde.

Rim Country has suffered through many broadband outages since 2014 because of this end of the line service. Most recently, on Labor Day of this year. On Sept. 7, broadband service went out from Pine to Tonto Basin for at least 10 hours because of a vehicle accident, reportedly a garbage truck. The downed lines took out communications between first responders.

Conner acknowledged redundancy will remain unaddressed despite his company building the new fiber into Payson, but now there will be backup. If cellphone providers use Sparklight and CenturyLink goes down, you could still use your cellphone to make a call, said Conner.

One obvious solution to the two spur lines, have the companies join to create a loop back up to I-17 through Camp Verde.

“CenturyLink could be a partner,” said Conner, suggesting the company could “lease capacity” from CenturyLink, but he said that’s a problem for those in operations to resolve.

For now, Conner said he’s focused on getting fiber into Payson because the town will serve as a hub to branch out fiber lines to the communities of Pine, Young and Tonto Basin as part of a $19 million federal E-rate grant.

For the last year, Sparklight has set the stage to provide robust and redundant broadband to all Gila County schools and libraries.

“We’re building over 300 miles of fiber that will have some benefit to these communities,” he said, such as wireless internet instead of satellite.

Conner confirmed southern Gila County schools will connect to their own networks in the south, but when he talked about northern Gila County, he confirmed the remote and rugged terrain between Rim Country and either Phoenix or Flagstaff has so far proved an insurmountable obstacle to creating a loop. Yet, until Payson fiber gets looped to either urban area, a cut along either line coming into town interrupts service.

“It all comes down to the town and county leaders,” said Conner.

As remote work has exploded and business has moved to online, connecting to broadband serves as one of the greatest economic boons to an area.

This has started a competition between towns and counties to entice broadband companies to their region, said Conner. Local governments have offered tax breaks, land for equipment or a smoother permitting process.

“Some of them are preparing economic development grants,” said Conner.

It harkens back to the Old West, when those not near a rail line withered, while those with access found prosperity.

Why is this a big story when the company spokesman openly states their "solution" is no solution at all to the outages we endure? I have no problem with the current internet service - - - when it is up and running. If Sparklight does not offer a looped service which prevents outages AND is not projected to reach residential properties in the lifetime of our seniors, what good is it? Lipstick on a pig, IMHO. Oh well, guess it was a slow real news day for the writer.

It does seem we need a loop within the next few years to benefit not only seniors but small companies that might want to relocate here. Not to mention improving both safety and current commerce with fewer outages.