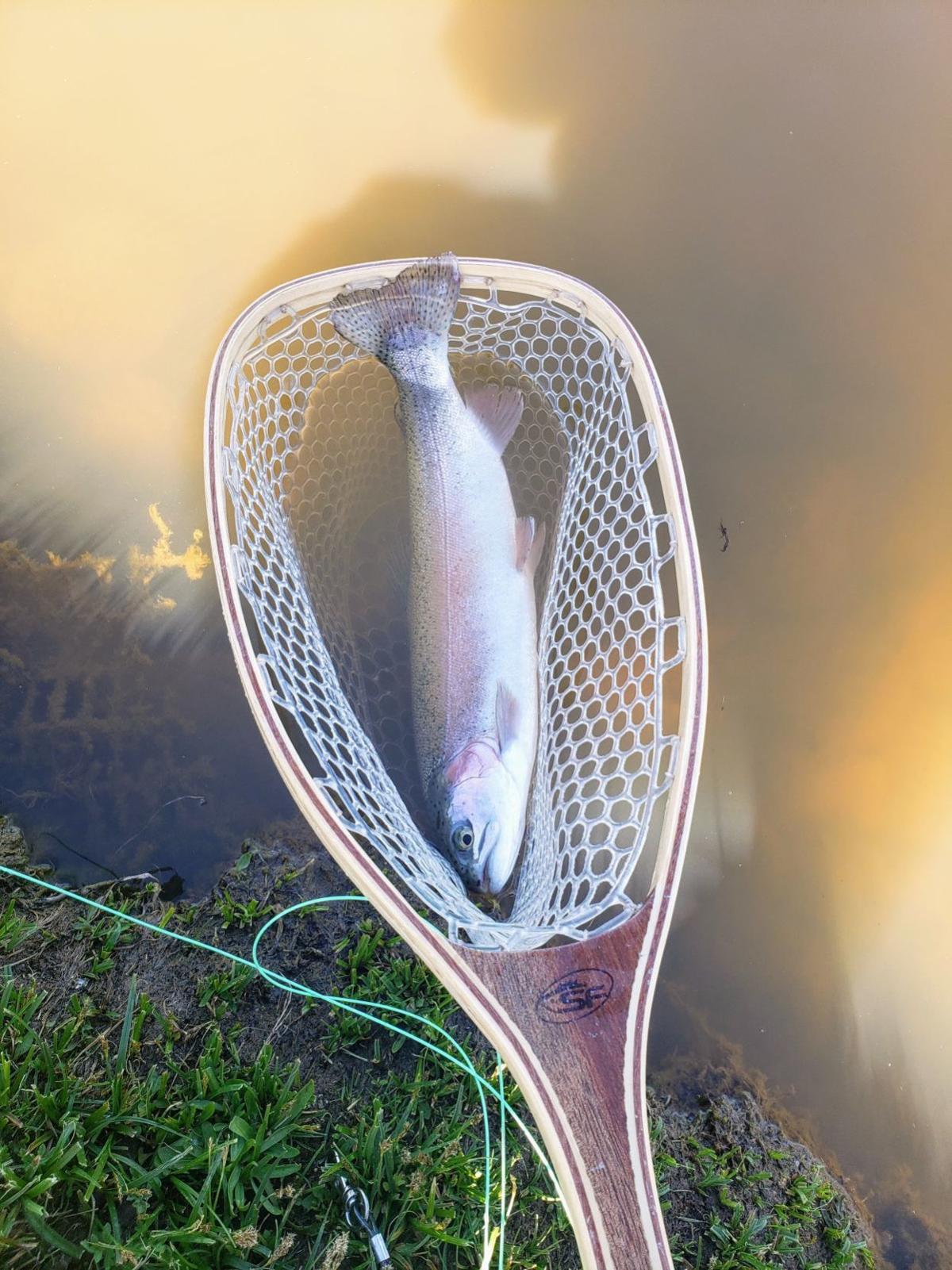 This trout happily took the same fly that was catching crappies and bluegills. 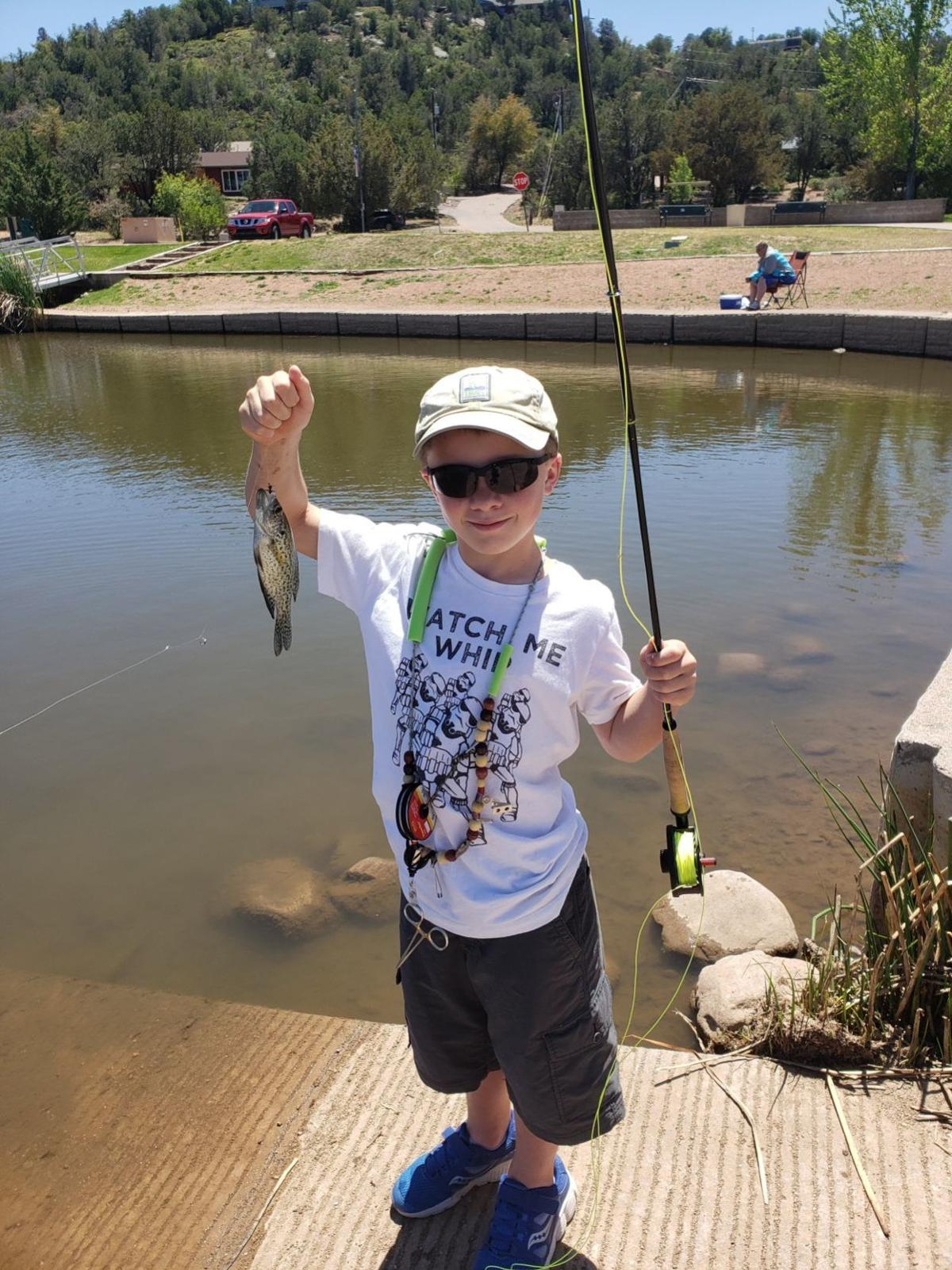 Ayden Strogen with a crappie at the Lake 3 boat ramp. 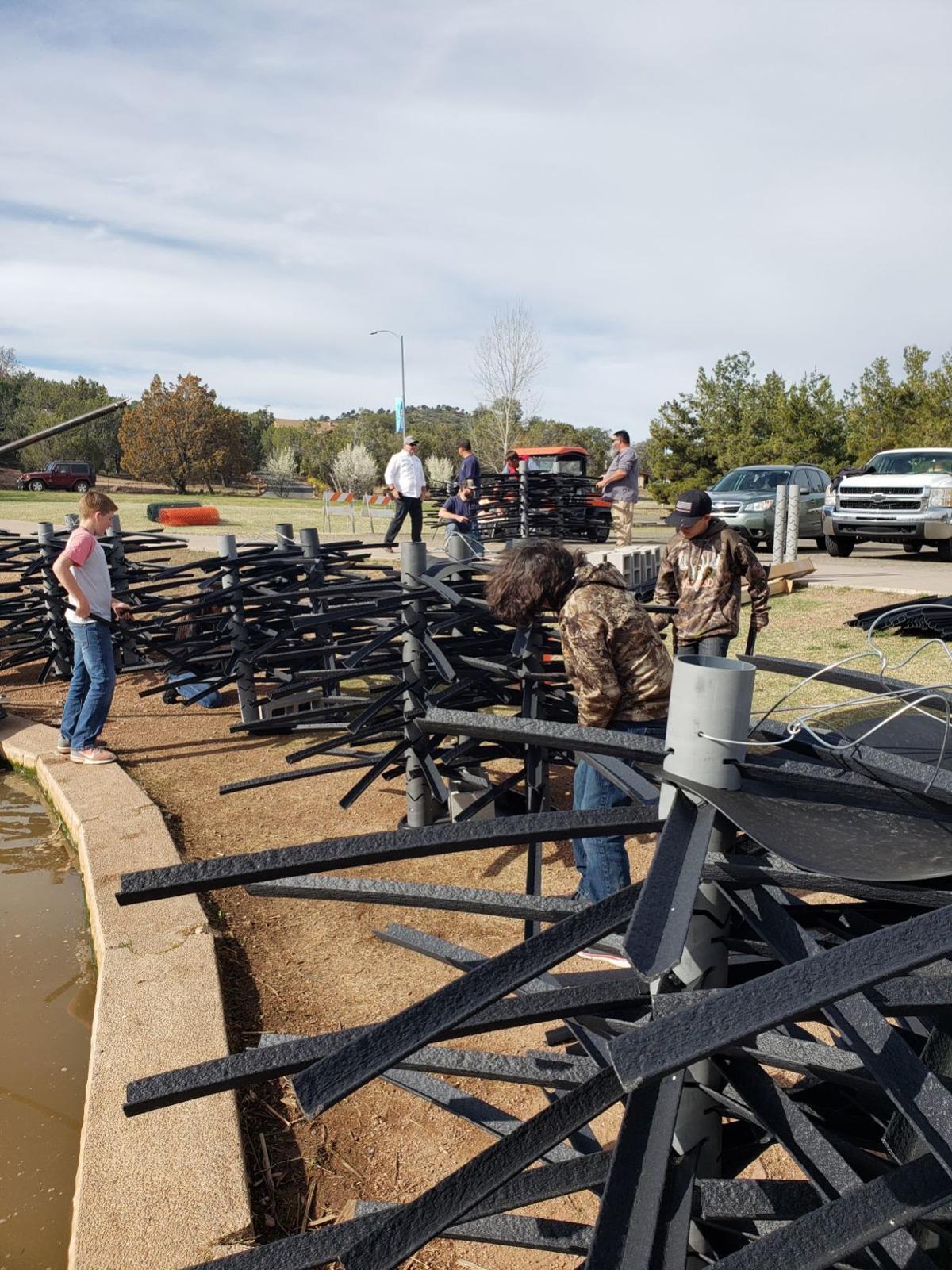 Fish structures getting final prep by Rim Country Middle School students before deployment into the lake.

This trout happily took the same fly that was catching crappies and bluegills.

Ayden Strogen with a crappie at the Lake 3 boat ramp.

Fish structures getting final prep by Rim Country Middle School students before deployment into the lake.

In a normal year, my Julia Randall Elementary and Rim Country Middle School fly-fishing students would have been in their second or third week of fly-fishing on Green Valley Lake. After several weeks of classroom instruction and some casting practice, we fish at this time of year because I can count on the crappies to deliver a lot of action.

The nice thing about crappies, starting in mid-April through about the first week of May, is that they come in very close to shore and are perfect for beginners to catch on a fly. The kids quickly master the roll cast, and in years past I’ve had afternoons when each student caught and released 20 or more crappies in a couple hours of fishing.

Crappies in Green Valley Lake are not huge, but are quite a thrill on a fly rod, especially for a beginner. The typical rig is a bead-head fly such as a pheasant tail, prince nymph, or zebra midge about two feet below a small indicator. A short sideways pull of the fly, followed by a three- to five-second pause and then repeated a couple times usually delivers a fish.

The kids know that they should not expect the fish to pull their indicator underwater, but if it moves at all, to set the hook immediately before the fish spits out the fly.

Last spring, the students built 15 fish structures provided by the Payson Water Department. Arizona Game and Fish Department staff helped us get started with the construction. Then water department staff delivered the structures to pre-selected sites around the big lake near the bubblers hoping the crappies would stay close to the aerated water and a ready dissolved oxygen supply to get them through any low oxygen level stretches. The crappies did very well last year. There were no fish kills, and friends who have fish finders reported that they saw a lot of fish near all the structures.

The kids knew that they couldn’t possibly cast to the fish structures on the bottom of the lake by the bubblers. Nevertheless, they were thrilled to provide a refuge for the fish that provided them cover, access to food on the structures, and might also help them get through low dissolved oxygen times in the lake.

The students also learned that part of the life cycle of the crappies would bring them close to shore for fly-fishing. Every spring, the crappies come to shore to spawn in the shallow water in the rocks, gravel and plants.

Spawning has started in all three lakes, but fishing is best on the big lake. I rarely cast more than about 20 feet out, and once I find their range, it is often much closer to shore. I like to cast at an angle from the bank, so that my fly rides along the drop-off a little longer.

I aim for that area because the drop-off is often where I will catch trout and bass too. If the crappies are staging to come into the shallows to spawn, they will be at that drop-off. The males are often black, while the females keep their silvery color. I have caught fish within three feet of shore, so be prepared to cover all the water from the drop-off all the way into the bank.

After the crappie spawn, bluegills will begin spawning in the same water. The crappies will move out into deeper water and often end up near the docks in about eight to 10 feet of water.

There are quite a few trout in the lakes and trout stocking will continue for another few weeks. It is not uncommon for me to catch a crappie, bluegill, trout, and a bass on the same fly in the same afternoon.

As we practice social distancing, fly-fishing for crappies is an ideal pursuit. I move around the lake at a good pace until I find a pocket of fish, then shift to the next spot when fishing slows. Remember that crappies, bluegills, bass, and trout are in all three lakes. So find a nice, uncrowded section on a lake and have some fun.