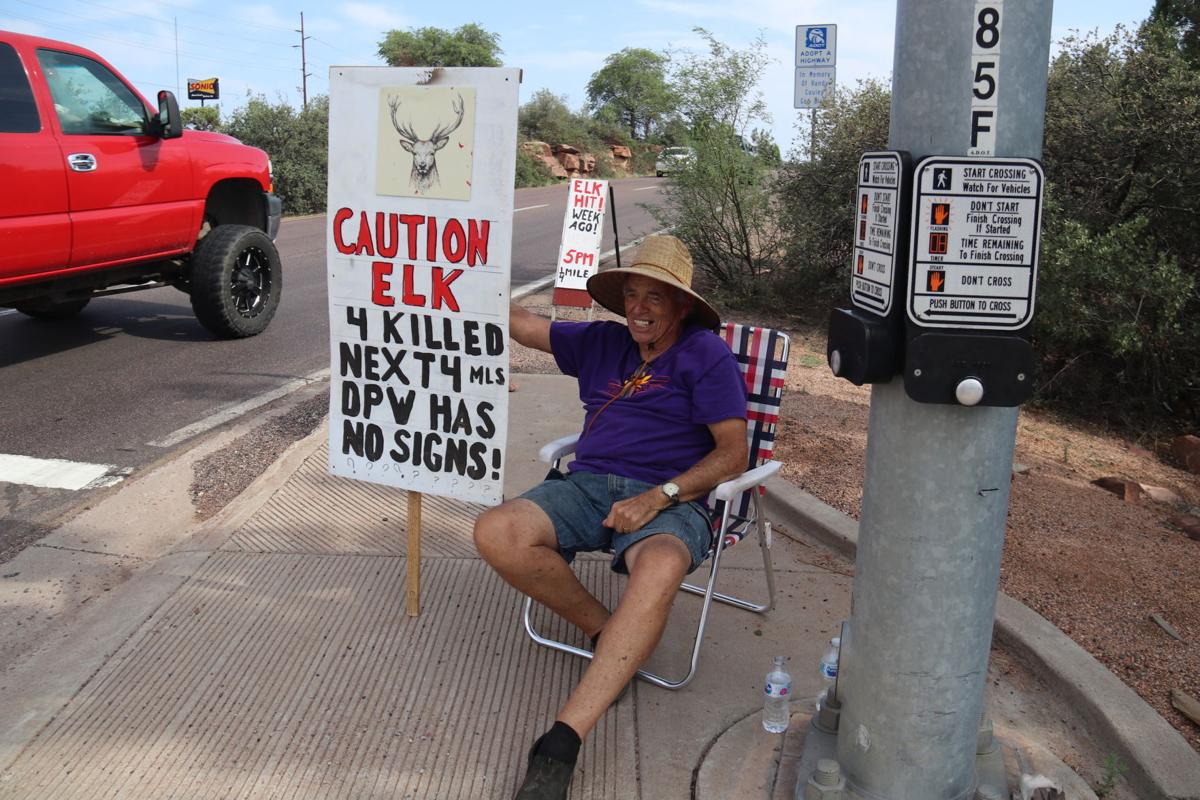 Stan Wilkinson smiles at drivers as they zoom by on the southbound lanes of Highway 87 toward Phoenix. He doesn’t want drivers to either hit elk or watch them decompose. ADOT doesn’t either. Concerned drivers can contact ADOT to remove road kill at 602-712-7355 or reach out through the website, azdot.gov/contact. 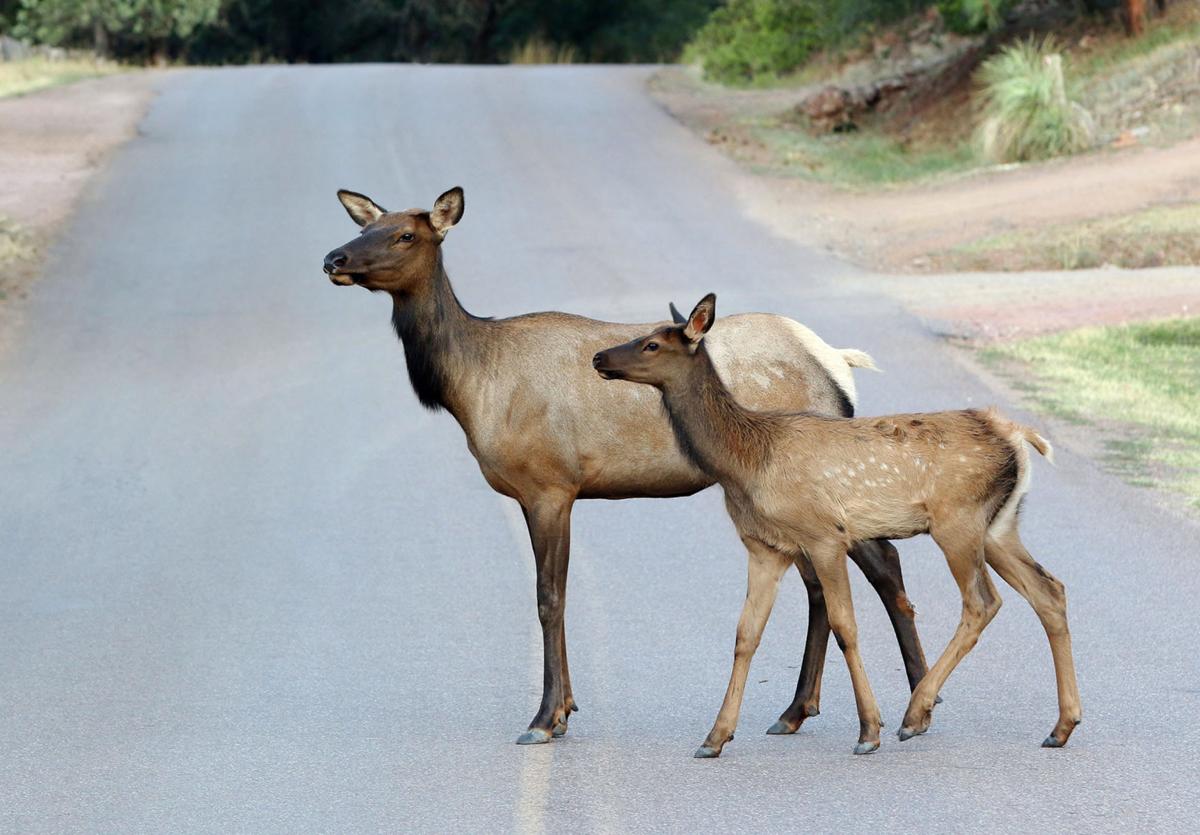 A cow elk and her calf cross a Payson street. Drivers often assume elk will only come out during the night on highways. Recent accidents on Highway 87 going south to Phoenix prove otherwise.

Just because you’re 81 doesn’t mean you can’t go on a crusade now and then.

You may have spotted this one-man crusade as you headed down to the Valley.

Stan Wilkinson, of Payson, has been standing on the side of the Beeline Highway with a hand-painted sign warning Rim Country drivers to watch out for elk as they head down the hill. He started after spotting four elk carcasses on the shoulder over the course of a few weeks. When he couldn’t get the Arizona Department of Transportation to put up warning signs, he resolved to do what he could. He sits with his sign in a lawn chair, waving at passing drivers.

But he’d rather you didn’t know his name. He’s just a “concerned citizen.”

Wilkinson is one of those Rim Country gems determined to make life brighter for people and animals alike.

He walks dogs on almost a daily basis as a volunteer for the Humane Society of Central Arizona. Because he and other volunteers walk on Main Street, he’s campaigning for the town to add more sidewalks.

He also proudly wears his purple Time Out Domestic Violence Shelter volunteer shirt. Wilkinson and his boxer, Ginger, have a fan club at the Time Out Thrift Store. Ginger signs her picture with her paw for donations, with all the money going to the shelter.

Wilkinson leaves Ginger at home for the hours he sits at the signal near the Mazatzal Casino.

National studies estimate that the 1.5 million car crashes involving deer cause 10,000 human deaths and $8 billion in damage every year. Elk weigh two to four times as much as a deer. Studies suggest elk repeatedly cross even big interstates — usually between midnight and 6 a.m.

Wilkinson’s crusade started two months ago as he drove home from Phoenix. Heading north, he saw four elk carcasses, the four miles leading up to the casino light.

“They were allowed to rot there for weeks,” he said.

He sounded the alarm, writing a letter to the editor which ran in the Payson Roundup.

The quick results stunned him.

“The letter to the editor came out on a Friday and when I came back from a trip to Phoenix on Sunday, they were gone,” he said.

“Because safety is a high priority, any dead animals posing a safety risk are removed quickly,” he said. “At other times, our crews will remove them as they can.”

ADOT relies on law enforcement and the traveling public to report dead animals near the highway. The public is welcome to either call 602-712-7355 or reach out through the website, azdot.gov/contact.

Wilkinson said many drivers don’t realize elk come out during the day on that stretch of highway south of town. He heard about one driver who hit an elk after it leapt out of the bushes near the light at the casino at 5 p.m.

People aren’t as wary during the day, but they need to be, he said.

There are signs warning motorists to, “watch for animals next 20 miles” along Highway 87 in each direction south of town between mileposts 248 and 250,” according to Harding.

It is not enough, Wilkinson said, who would like to see flashing signs warning motorists.

Wilkinson recently had Ironhorse Signs make up two enormous signs that he put up on both sides of Highway 87 south of town.

They didn’t last a week. He’s not sure which agency took them down.

He’s been getting a lot of support from drivers. Many honk and he waves back.

His favorite is when people stop near the casino.

“Then I get a chance to be personal with the people waiting at the light,” he said.

Hey — just because you’re on a crusade doesn’t mean you can’t be friendly.