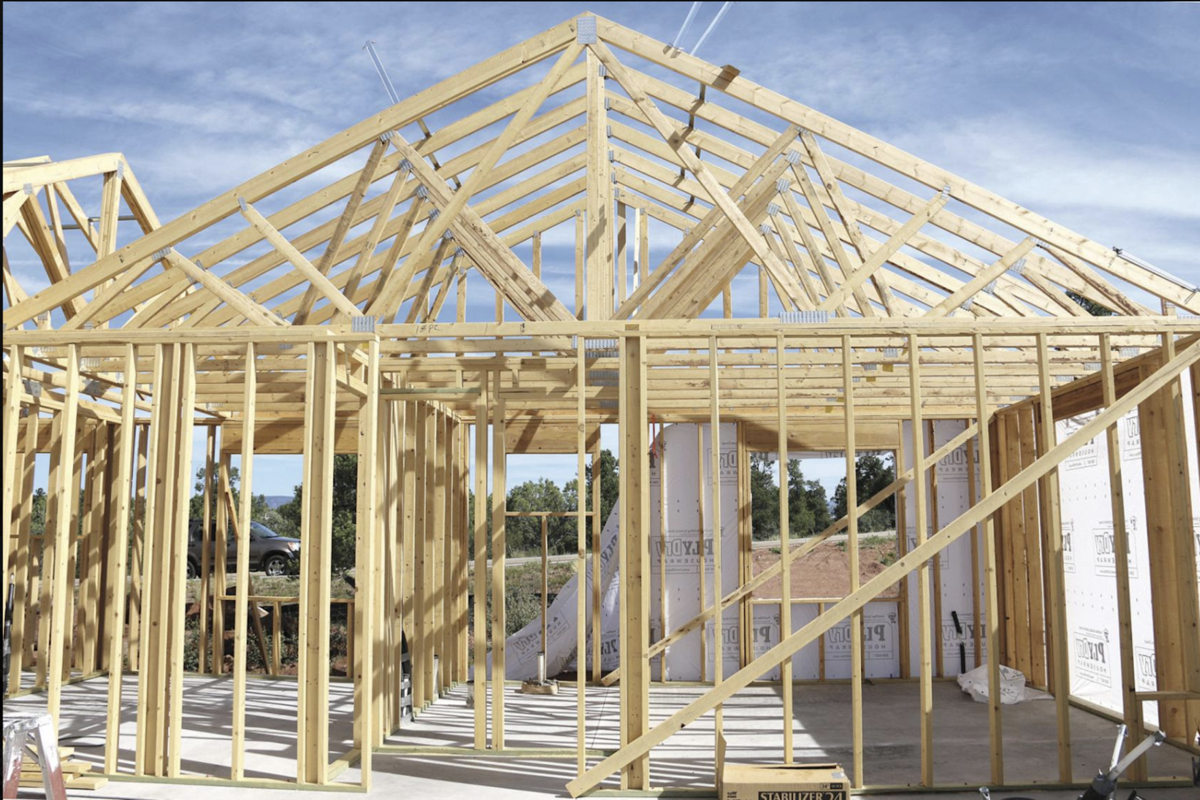 Over the past year, the town of Payson has had numerous multi-house developments start the inspection and permit process. Payson could soon have hundreds of new homes. 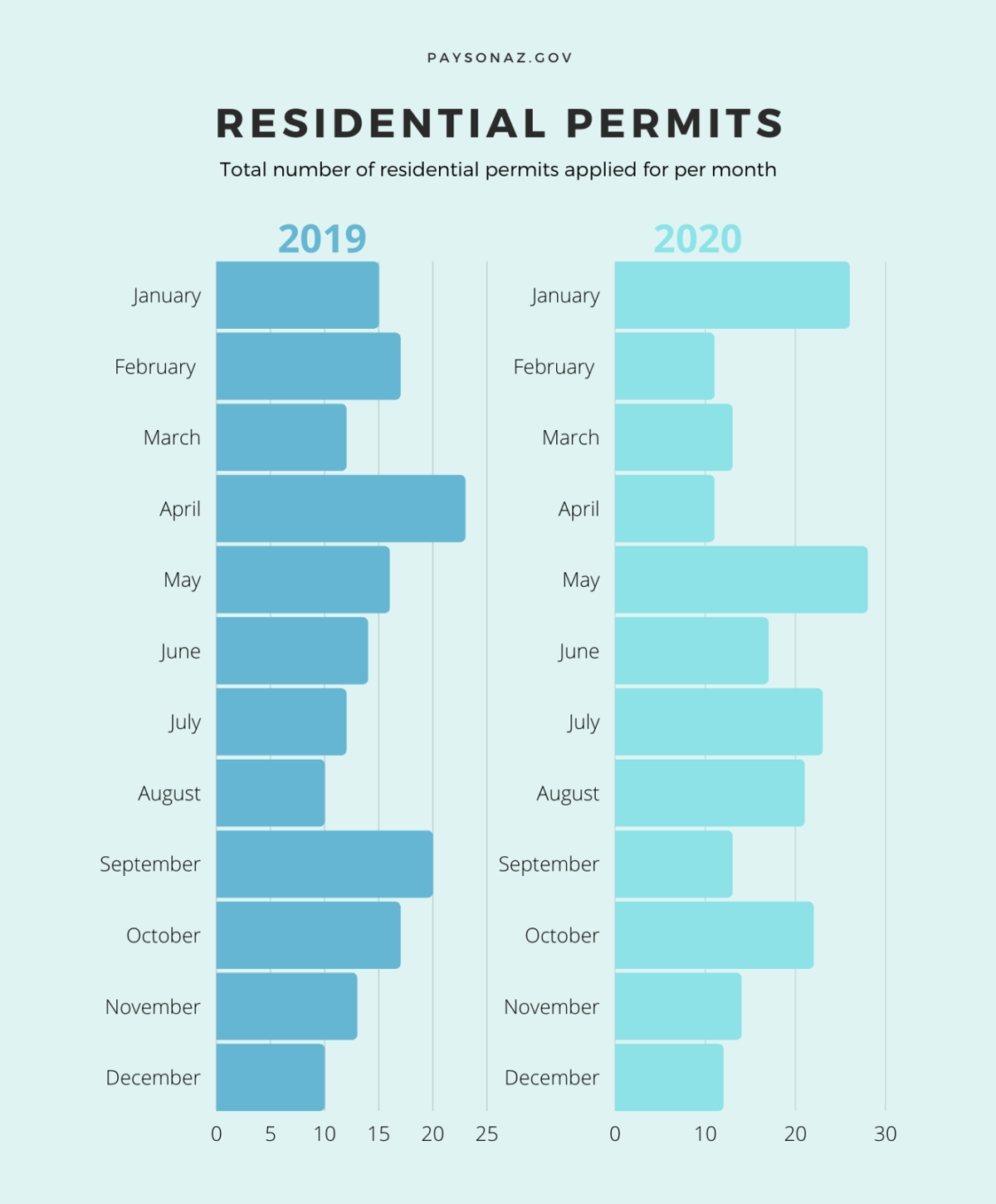 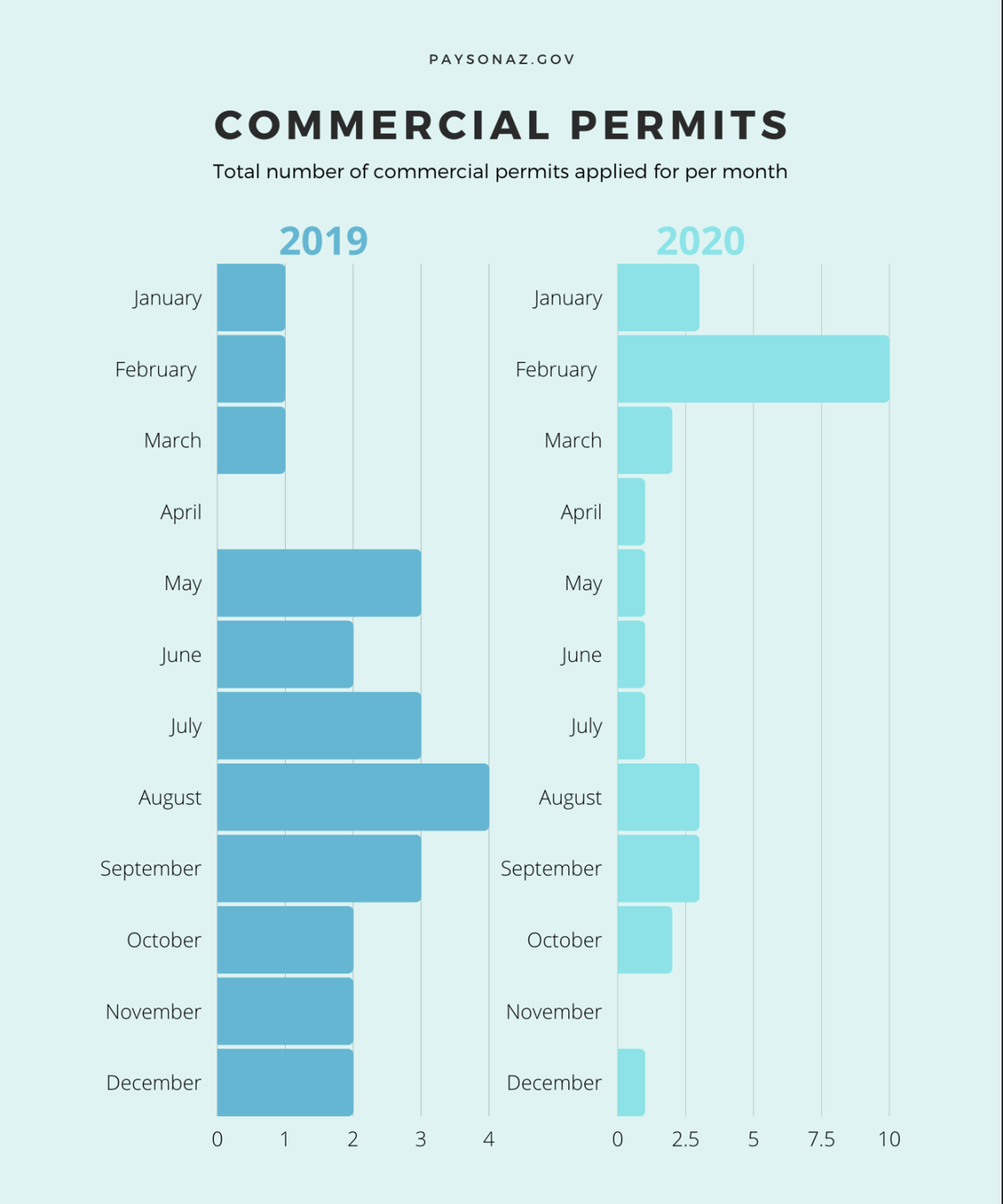 Payson has seen an uptick in building during the dark days of the pandemic, with plans already submitted for 400 new homes and a proposed annexation that would add another 825 dwellings.

The just-submitted plans to annex a vast track of land at the end of Doll Baby Road would add up to 825 homesites to Payson’s housing inventory. State law allows developers to negotiate for zoning before bringing property into town boundaries.

The new project was revealed during Town Manager Troy Smith’s town status report during last week’s council meeting. The figures show that in commercial and residential construction the pandemic did nothing to cool the building boom in Rim Country.

The number of permits issued jumped 17% for commercial construction and 13% for homes in 2020 compared to the previous year — despite the impact of the pandemic that struck in April.

Unfortunately, the surge in construction permits comes just before the town looks at adopting a new wildland-urban interface building code that would fire-harden new construction to reduce the risk of the kinds of tragedy that destroyed the town of Paradise, Calif. That deadly fire killed more than 80 residents as they fled or sheltered in homes built without a WUI or Firewise code.

Currently, the Payson Fire Department and a citizens committee are working on an update of the building code to make it harder for fire to spread from house to house if embers rain down from a nearby wildfire. That item has not made it onto a council agenda, however.

But the council has moved forward with one critical step, it recently adopted a model Firewise code to convince homeowners to clear brush and trees that threaten their neighborhoods. The WUI code would make buildings more resistant to wildfires and their ember storms. Studies show building to WUI code and Firewising property play a major role in preventing a Paradise-style disaster.

Moreover, the avalanche of building permits comes as a series of real estate deals threatens to eliminate the already inadequate amount of workforce and low-income housing in Rim Country — mostly by upgrading low-cost mobile home parks into luxury RV parks catering to Valley second home and vacation RV users. The mortgage on the average Payson home already puts that home out of reach for the average Payson worker.

During the pandemic, Payson’s proximity to the Valley helped it weather the lockdowns and related travel restrictions. Now this prosperity threatens a community already lacking workforce housing with a fresh wave of gentrification and real estate inflation driven by out-of-town second-home owners.

The town this year saw double-digit increases for commercial and residential building permits when other communities in the state suffered. Nationally, experts suggest the rush to make it easier for people to work from home may drive development in rural areas like Rim Country by people seeking the best of both worlds — an urban job and a rural lifestyle.

A decade ago, Payson suffered disproportionately when the real estate bubble burst, collapsing the housing market. Prior to the recession, developers were building 200 or 300 homes a year in Payson and more in the surrounding areas. Once the recession hit, Payson saw no more than a dozen new homes a year for years.

This year, Payson’s real estate market has taken off. Buyers have snapped up the limited inventory, driving up prices. Those houses left for sale, go for prices far above their assessed tax value. Nurses and teachers with good salaries cannot find a home in their price range.

As a result, developers have lined up to go through the town’s permit process.

Some of these projects will fill the need for assisted living.

Others will have tiny homes and RV parks. One apartment complex added more units.

Most, however, in development will be single-family homes in the $350,000 range.

1. Jan. 13, 2021: Canyon River Ranch Subdivision: up to 823 homesites on a 158 acres site west of Town of Payson on Doll Baby Ranch Road. Although in unincorporated Gila County, the developer had an Initial conversation with the town about annexation and connecting to the Gila County Sanitary District for wastewater services.

Another 60 to 80 homes on the 51.01 acres formerly known as Goose Valley Llamas.

4. Oct. 14, 2020: Boulder Ridge: up to 25 new homes built off of Tyler Parkway. The previous owner had intended to build 34 homes on the same property. The owner had the zoning changed in 2006 to increase density, but never built those homes and the land went into foreclosure. The new owner now seeks to build a high density project.

10. May 29, 2020: Copper Camp: An RV Resort and tiny home community with a tent campground to the north of the Airport accessed by McLane Road. The camp would have an RV repair shop, with an RV, boat and vehicle storage area. The property would house a tiny home manufacturing business.

11. March 4, 2020: Evergreen Senior Apartments: 33 assisted living apartments off of Easy Street and Evergreen. The town has already zoned the site for a multi-family facility.

12. Feb. 19, 2020: completion of the Bonita Pines Apartments across the street from the Payson Police Department.