The Payson Council listens to Police Chief Ron Tischer about the pros and cons of adding animal control to its contract with Star Valley. The council unanimously voted to approve that addition. 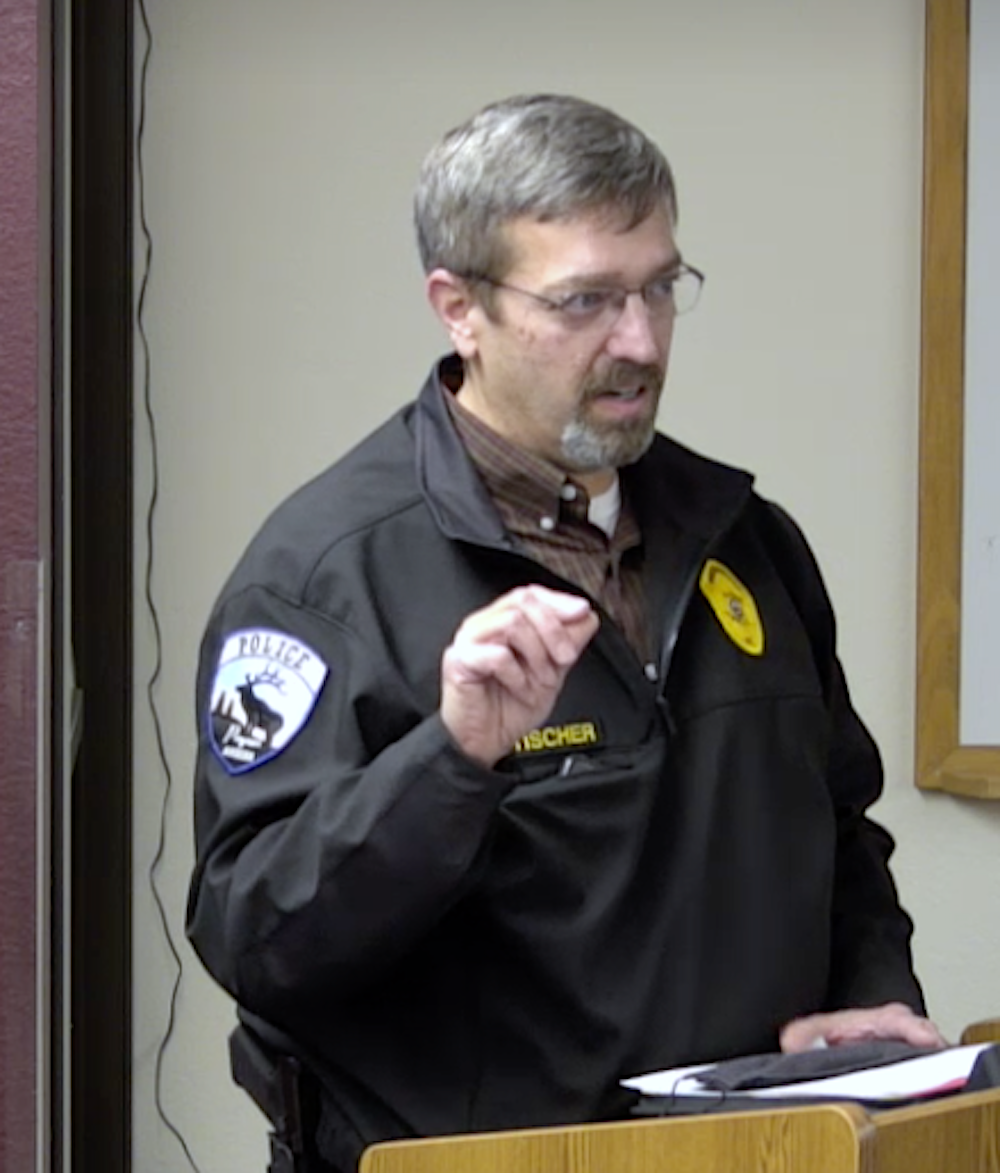 The Payson Council listens to Police Chief Ron Tischer about the pros and cons of adding animal control to its contract with Star Valley. The council unanimously voted to approve that addition.

The Town of Payson has once again come to the rescue of its neighbor.

On Jan. 14, the Payson Town Council unanimously voted to approve a contract to provide animal control services to Star Valley.

Star Valley wins because it gets a faster response time to barking dog calls, agreeing to pay Payson $3,500 annually.

Payson wins because its officers no longer have to say no to people who just want that dog to stop barking.

And Gila County doesn’t have to dispatch an animal control officer from Globe — most often after hours and on weekends.

This contract completes the suite of services the Payson Police Department has provided for Star Valley since September.

In between, the Gila County Sheriff’s Office provided those services — and the breakup hasn’t always been smooth.

The switch to a new law enforcement and animal control service started in the fall when Payson pitched a contract that saved Star Valley $120,000.

But that first contract did not include animal control on weekends or after hours.

At that time O’Driscoll recommended ending the contract.

Supervisors asked to work it out with Star Valley during their Dec. 15 meeting.

But by the time the meeting rolled around, it sounded as though Gila County had no interest in a contract, said Tim Grier, Star Valley’s town manager. He said that confused him as he had hoped to negotiate a new contract.

County Manager James Menlove replied it was Star Valley’s choice to drop law enforcement services. He then added that didn’t mean “we don’t want to negotiate a contract,” he said.

But Payson PD surprised everyone, including the Payson council, with its bid for $3,500.

Councilor Jim Ferris found it hard to believe it would cost so little to provide animal control services since the town “pays the humane society $76,000 a year.”

“I just think that we should ask for more money for some of those services,” he said.

Chief Ron Tischer said he was surprised by what he found after crunching the numbers.

“I went back and looked at animal control calls. It was a pretty insignificant amount of time,” he said.

He reminded the council the animal control officer only captures and transports the animal to the humane society. The responsibility and cost to then care and feed that animal falls to that organization.