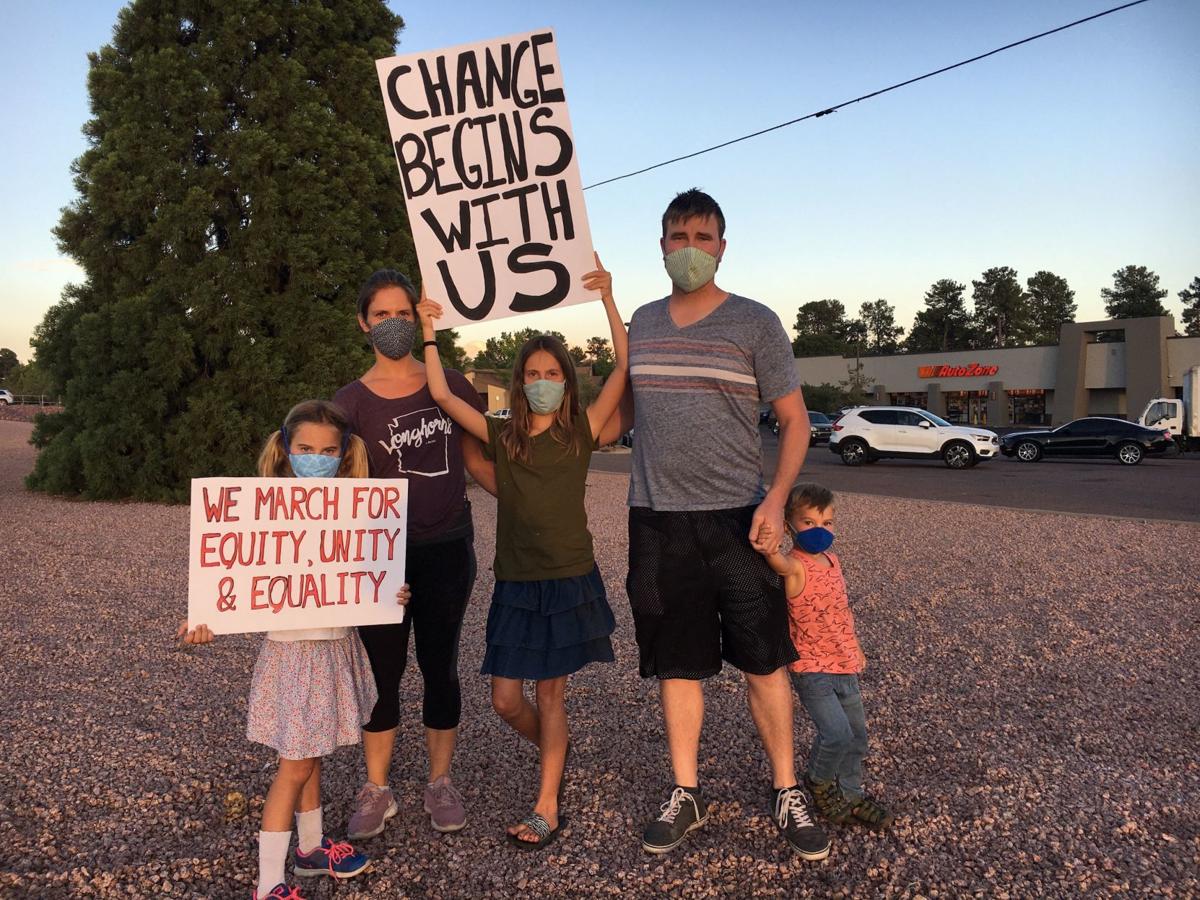 Rebekah Sampson and her family at a rally hosted by the Democrats of Rim Country. 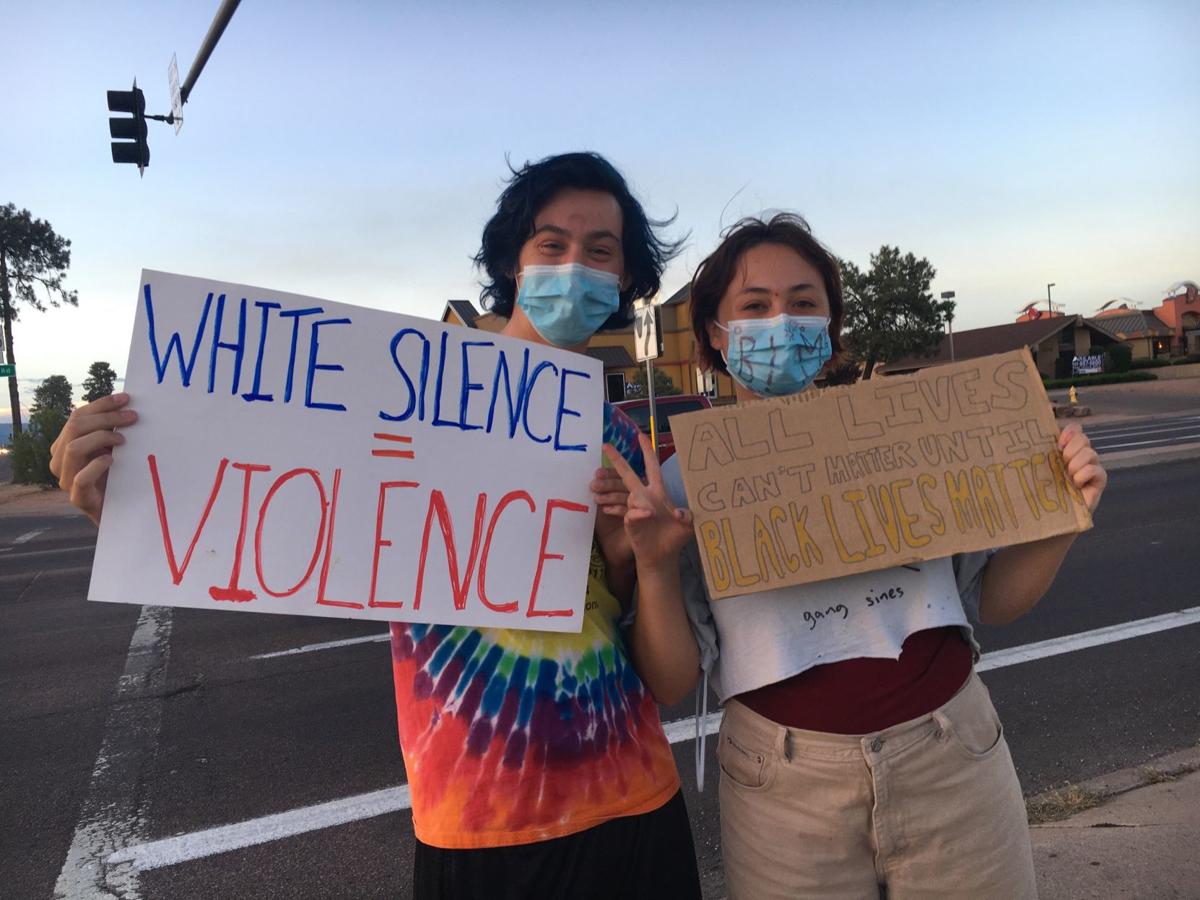 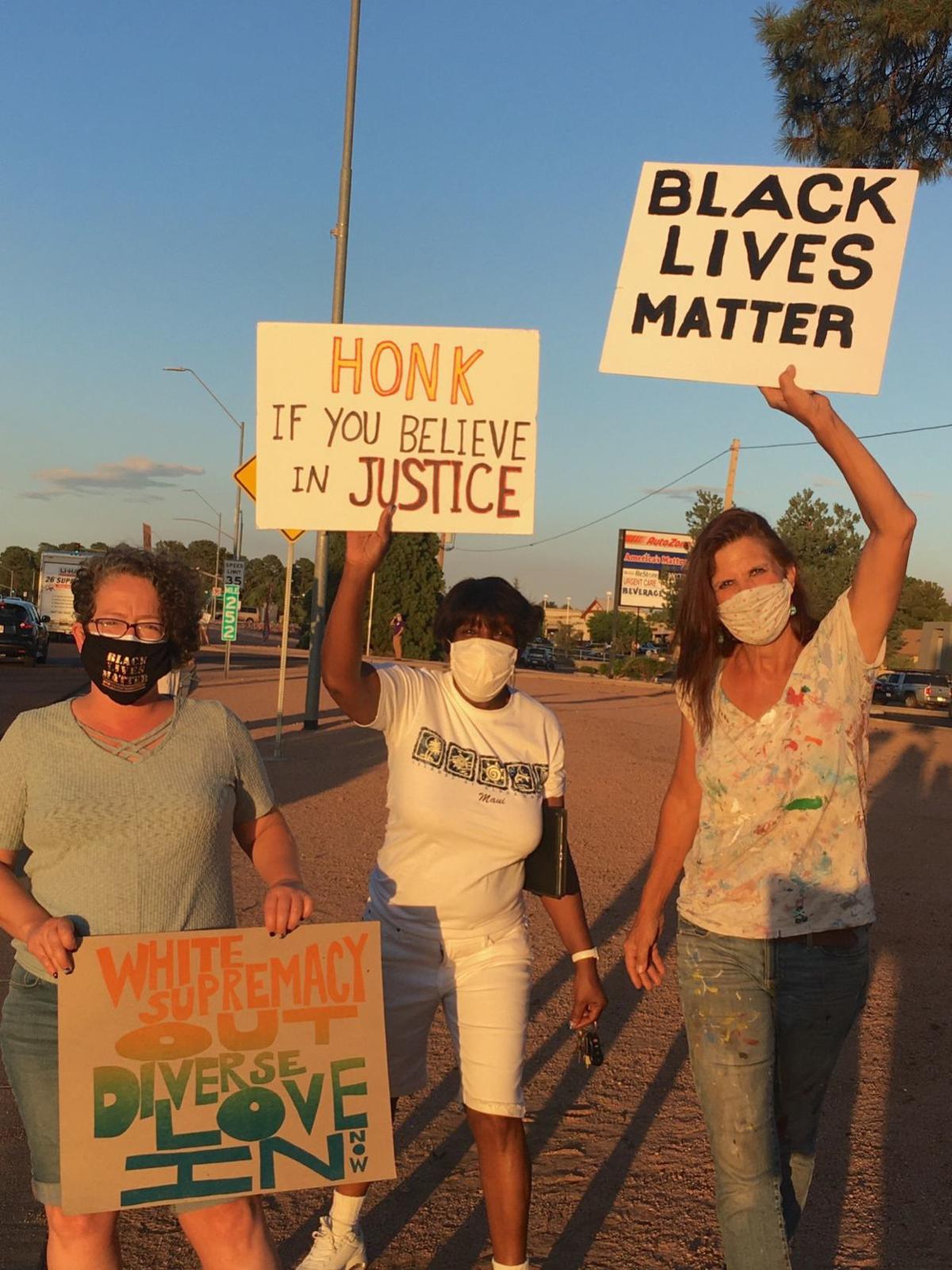 Ladies wear masks and sport signs expressing their concern for justice during the July 3 rally. 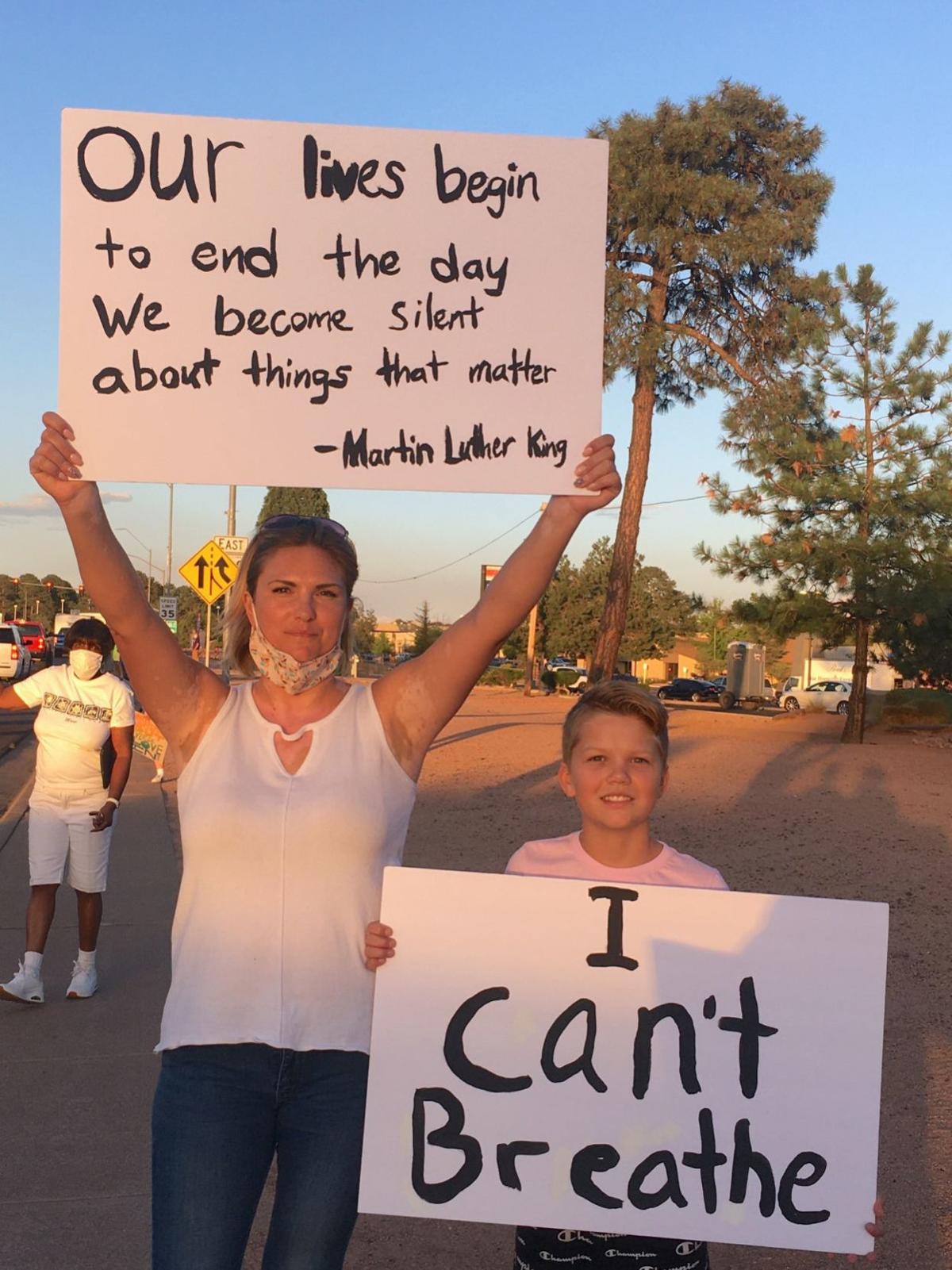 A mother and son at the July 3 rally for justice.

The Democrats of Rim Country sent out an invitation to a rally for equality and justice the day before the country’s birthday, and 39 local community members responded.

“The number of people who are willing to support equality and justice is growing in towns all over; Payson is no exception,” said Teresa Kelleher, one of the event’s organizers.

The families, retirees and local students spread out on the corner of Highways 87 and 260 from 6:30 p.m. until 8 p.m. on July 3 to “Stand or Sit for Justice,” so long as those who came brought their own chair.

Participants came to seek equality for a lot of groups — Native Americans, LGBTQ folks, women, the poor, the mentally ill and other marginalized groups.

“Over 200 passersby honked and waved, gave us thumbs up, and yelled, ‘Thank you!’” said Kelleher.

She had gratitude to the community for “supporting the need for change, constitutional rights for all, and recognition that justice and equality are what the U.S.A. stands for.”

Organizers asked messages on homemade signs to be “positive with big bold letters and a brief message.”

Kelleher came away from the event with renewed hope that “as our country celebrates its 244th birthday, let’s keep learning and growing.”

“We can look at the realities of our past and present and gain from them a vision for the future that includes justice for all people, making us stronger,” she said.

Thank you for your participation

Thank you for all your efforts.

I have to wonder if these people really know what BLM is all about and where all the money goes.