The Payson Council vote split in favor of delaying an increase in water rates to pay for needed infrastructure repairs and upgrades. 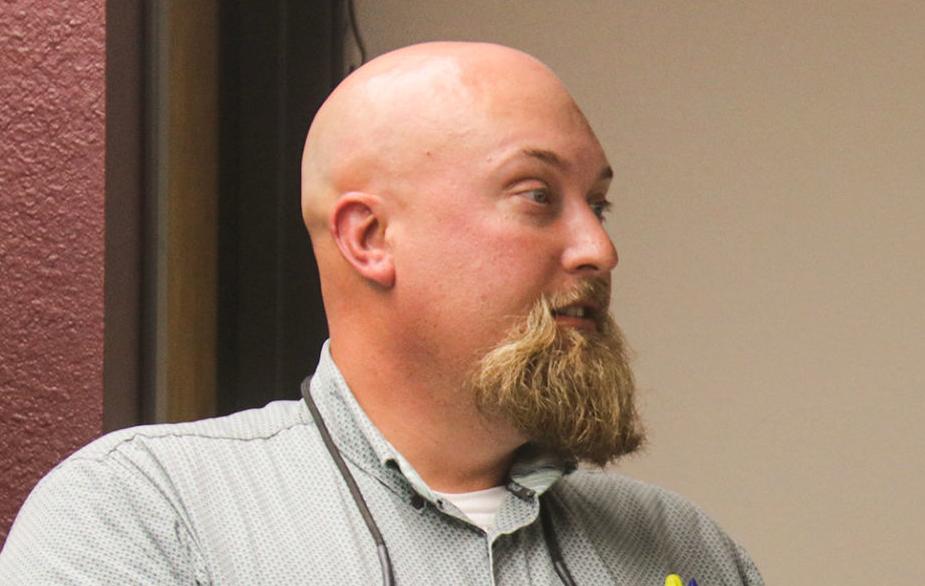 Tanner Henry explained the pros and cons of a delay in the process to increase water rates. The council voted to delay an increase because of fears for the financial future.

Payson water customers need not fret about an impending increase in water rates, the council voted on June 11 to delay any increases because of pandemic financial fears.

Even if the council had voted to move forward, it would have been one of four steps the water department would have had to take before upping the price of water.

In early May, the council heard from a consultant who analyzed what it would take to keep the water department delivering water.

The consultant explained though the C.C. Cragin pipeline project had finished, water mains in other parts of the water service area needed repair and upgrades. His report suggested the town increase water rates to cover the needed maintenance/repair/replacement work.

Mayor Tom Morrissey cautioned the community would not support any fee increase because of pandemic financial uncertainty.

“I do not see this as the time to do it,” said Morrissey.

Ferris pointed out the water main lines have already outlived their shelf life and need to be replaced. Waiting would only add to the cost.

“So, some of Jim’s points are valid, for sure. If we do delay, it does make us have to look at making up lost ground,” he said.

That lost ground “would most likely probably result in a higher increase (with) however many years to catch up.”

“It does make the future sting worse,” said Henry.

Smith argued the approximately 8,400 customers would see only a slight increase on their water bill.

“And, as I recall (the proposed rate increase) was essentially $5 a month,” he said.

He crunched the numbers and estimated if all Payson water customers paid that additional $60 per year, it would generate, “a half million.”

Then he asked if rates didn’t increase, what other ways could the water department pay for system maintenance.

Henry suggested grants, but he had no interest in taking “on any more debts.”

The Payson Water Department has already committed to repaying a Water Infrastructure Finance Authority loan for $30 million the town took on to complete the C.C. Cragin water pipeline.

The mayor stuck to his resolve not to burden the residents of Payson.

“We are in a time that we have never been in before,” said Morrissey. “If there is any time to freeze a rate increase, this is it ... this is about the psychology. This is not about $60 a year.”

The council voted 4 to 3 to delay the water rate increase.

The council will consider revisiting the issue in October.

"If we do delay, it does make us have to look at, making up lost ground." Tanner Henry, Payson water department director

“We are in a time the we have never been in before. If there is any time to freeze a rate increase, this is it." Mayor Tom Morrissey

Payson residents have patiently endured Multiple water rate increases over the past several years, so that our water supply could match the supposed buildout of 42,000 residents, that will never happen. Now they want even more! Our current water bill is over $60 dollars, for a household of 2, with water saving devices throughout. Our yard is mostly firewised bare dirt. Payson residents currently pay among the highest water rates in the state, with among the lowest per capita income in Arizona. Something has to give here!