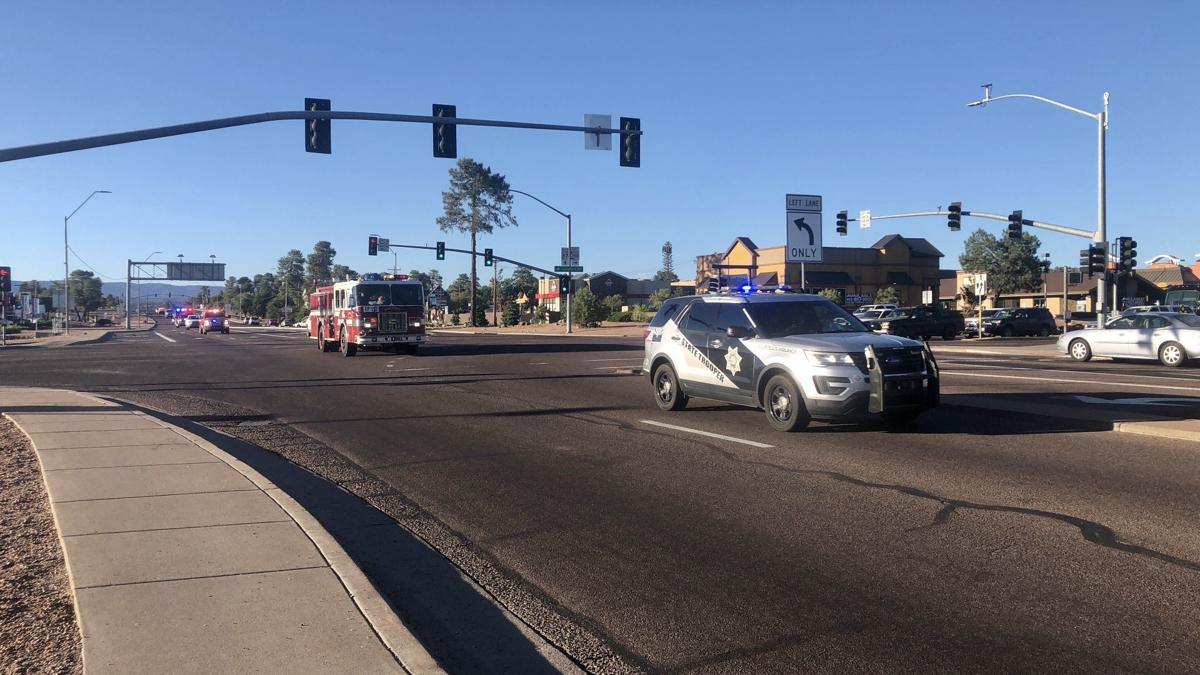 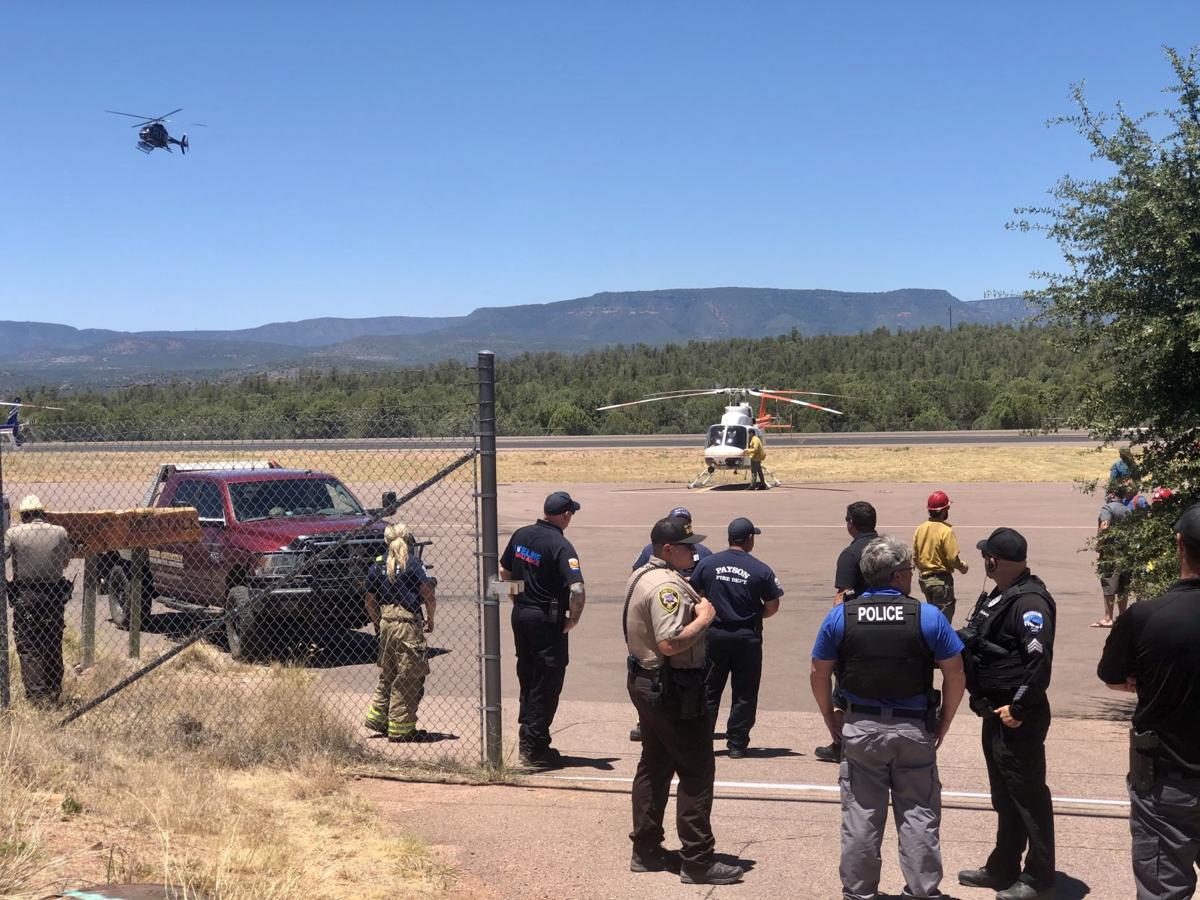 Crews gather at the Payson Municipal Airport Tuesday afternoon after receiving word that a helicopter had crashed north of the Polles Fire, which is burning roughly 12 miles west of Payson.

Crews gather at the Payson Municipal Airport Tuesday afternoon after receiving word that a helicopter had crashed north of the Polles Fire, which is burning roughly 12 miles west of Payson.

In a heroic move to save ground crews on the Polles Fire, a helicopter pilot reportedly maneuvered away Tuesday when he saw he would crash.

He had reportedly been on the lighting-caused fire since shortly after it started July 3.

The fire, burning in the wilderness area, is only accessible by helicopter. Five helicopters have been hauling crews in and out, bring them water, food and other supplies and making water drops to help douse the flames.

Boatman, an experienced pilot from Glendale, was flying supplies on the north end of the fire line when, for unknown reasons, his helicopter crashed.

Rocky Gilbert, an operations chief on the fire, said that “… once he (Boatman) knew that his helicopter was going to be, go down, he pulled that away from where all the folks were and set that helicopter down in an area away from our firefighters.”

The helicopter caught fire when it crashed and nearby crews worked to put the fire out, he said.

“This tragic loss is a reminder of the ever-present dangers faced by those battling wildfires,” said Ducey. “As a helicopter pilot, Bryan Boatman was carrying out a service to the people of Arizona alongside the men and women fighting the Polles Fire. He performed his duty with honor and bravery, and it will be remembered as such by our state. My deepest condolences go out to Bryan’s family and loved ones. Our prayers are with them and all of Arizona’s wildland firefighters working day and night to keep us safe.”

Polles Fire Incident Commander John Pierson, with the Southwest Area Type 1 Incident Management Team, said they were notified of the crash at 12:22 p.m.

“The helicopter was on a mission to support boots on the ground,” he said.

He said, "This is one of the tragic days that we all do not want to have on our watch."

He said there were still 360 firefighters working on the fire and they are taking the steps to make sure they are doing well both mentally and physically after this tragedy.

“This is inherently a risky business that we are in,” he said. “We care deeply about their safety. They are our priority. Our No. 1 asset.”

Asked how Boatman’s wife was doing, Gila County Sheriff Adam Shepherd said as good as anyone in this situation.

He said every day that firefighters and officers go to work spouses must prepare for them not coming home given the danger of the work.

Pine-Strawberry Fire Chief said Boatman comes from a family of firefighters with his father retired from a Valley fire department.

A cousin of Boatmans said Boatman had been flying that helicopter in and out of Havasupai for the past five years, running supplies, but also taking civilian passengers.

Boatman is survived by his wife and 8-year-old child.

Morris said they quickly organized a ceremony to honor Boatman when his body was airlifted to the Tonto Natural Bridge. Park staff and emergency personnel on scene including those from the Department of Public Safety, Gila County Sheriff's Office, Forest Service and Pine-Strawberry Fire Department stood at attention. This was followed by a procession of emergency vehicles as his body was transported through Payson and on to the Valley.

"He was a firefighting brother," Morris said. "He may have been a pilot and not a structure firefighter, but he was fighting a fire and protecting each and every individual in the county. And he paid a dear price for it."

An investigation is ongoing.

To make a donation to Boatman's family, visit 100club.org.