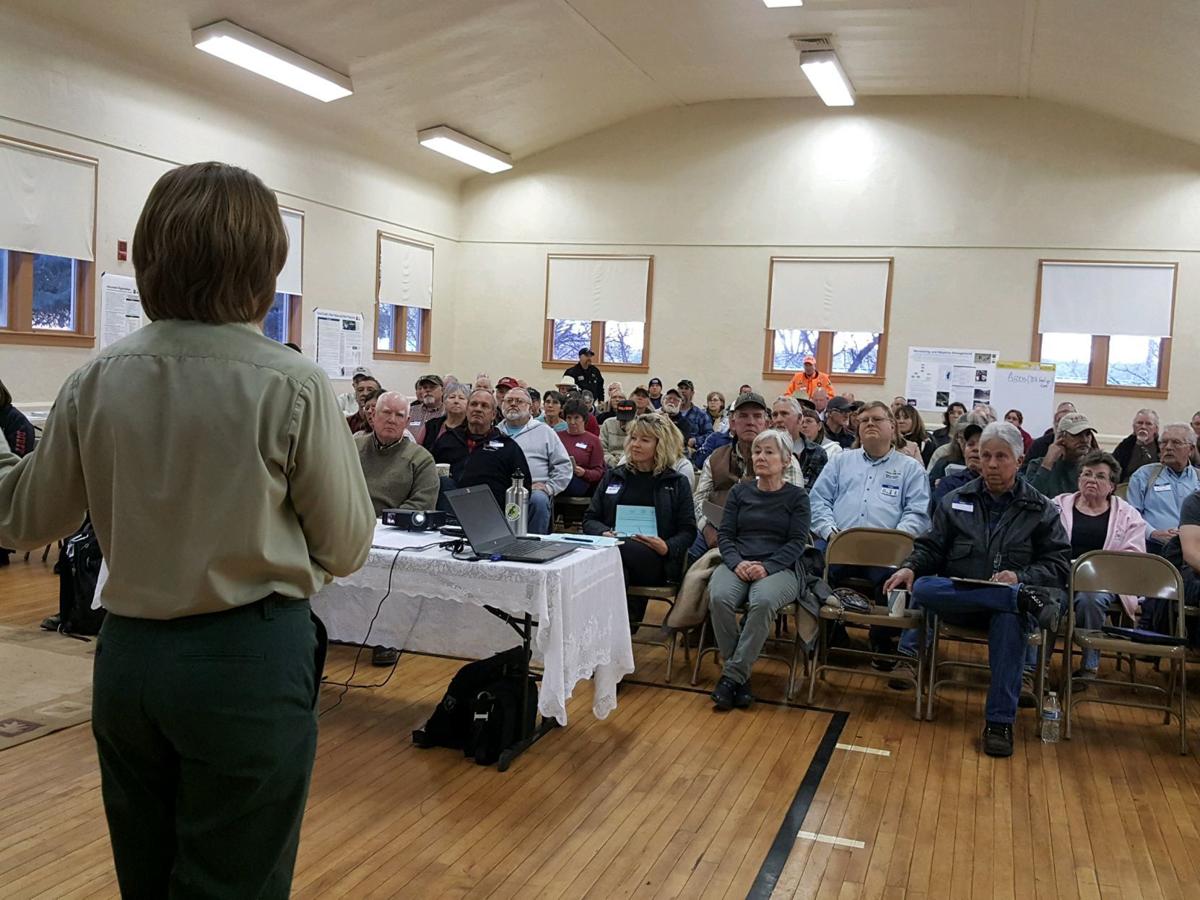 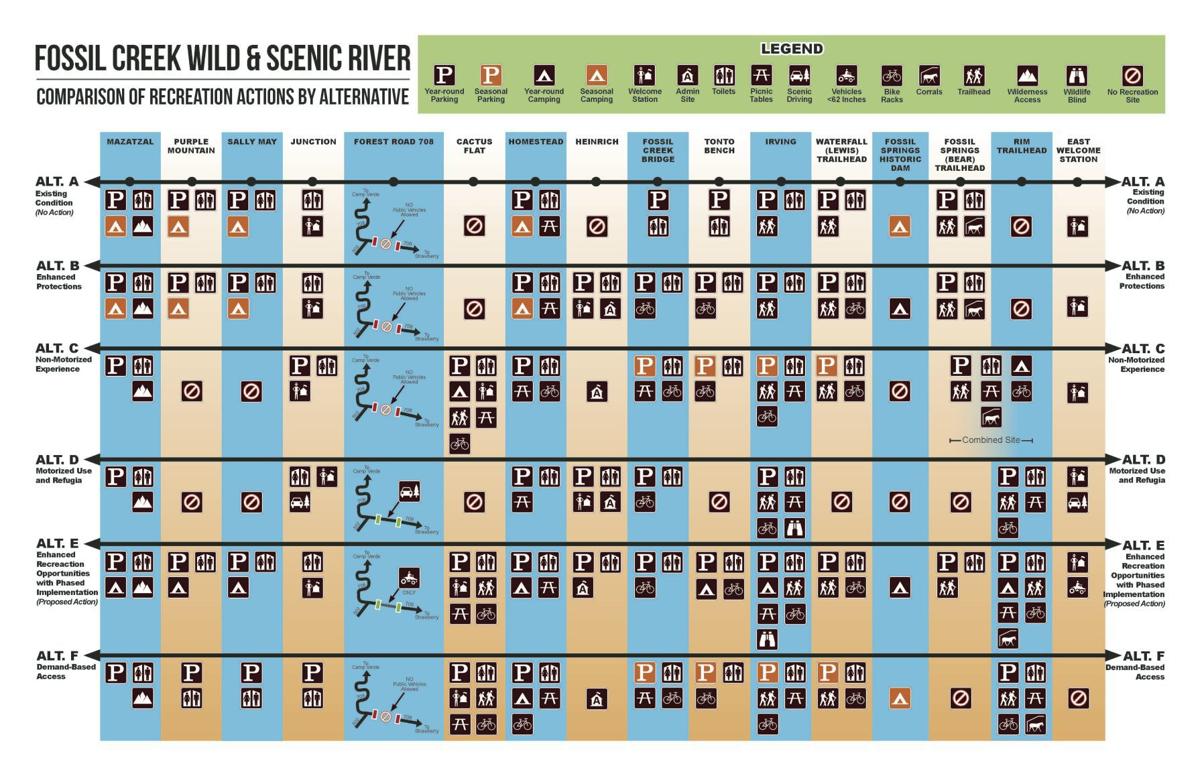 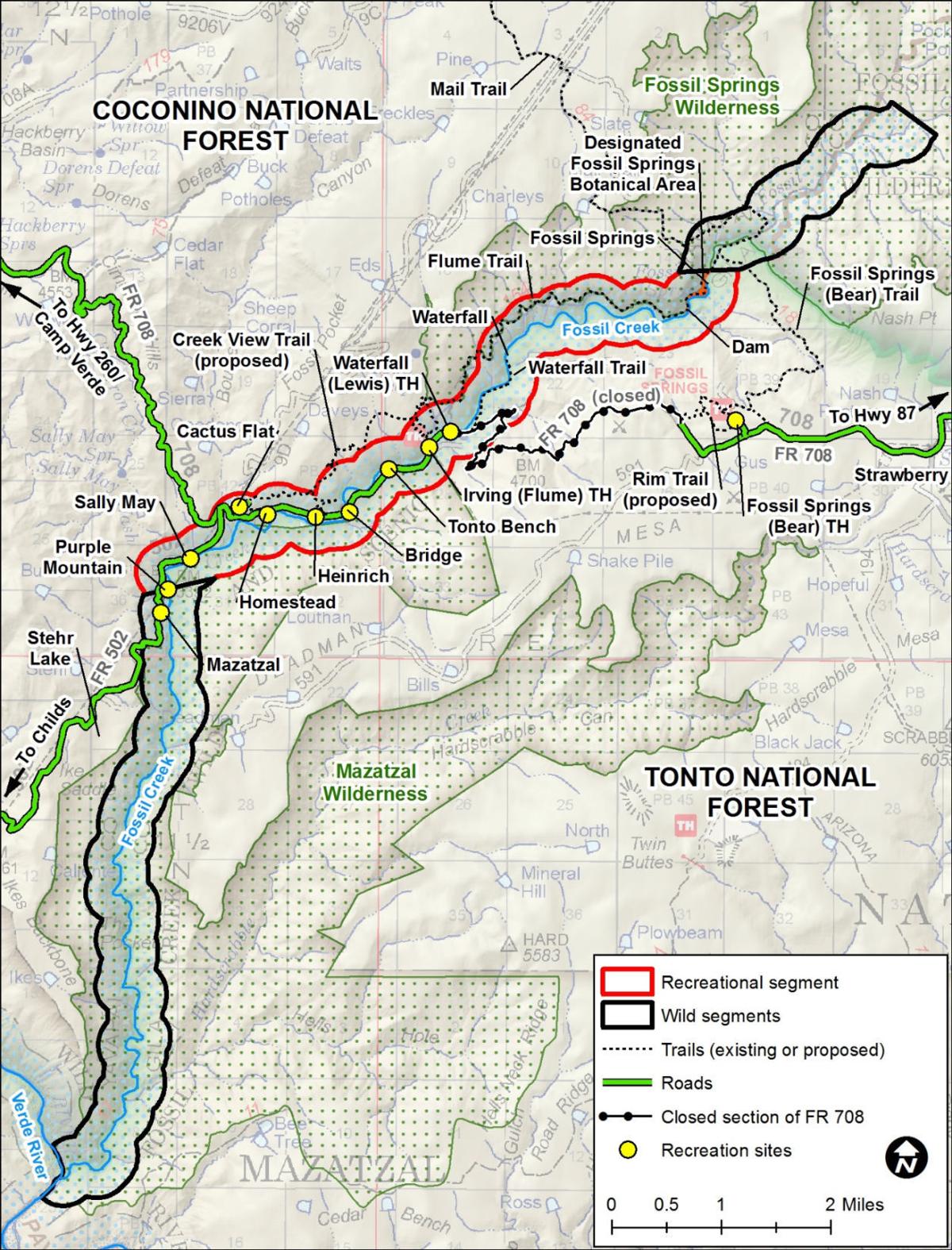 More than 100 residents of Rim Country attended the first of three meetings that Coconino National Forest officials are sponsoring to present the latest draft of the Fossil Creek Comprehensive River Management Plan. Nearly a dozen Forest Service officials also attended the meeting on Feb. 11 where they presented six plan alternatives, all designed to protect the creek from overuse.

Following an introductory history of the planning process and a brief overview of the six alternatives, Coconino Forest Project Coordinator Marcos Roybal opened the meeting to questions.

One resident asked when the Forest Service was going to fix the rescue problem in Fossil Creek. Roybal said the purpose of the meeting was to obtain public comment on the six plans and the rescue issue was for another discussion.

Dr. Don Smith, a 39-year resident of Strawberry, asked a similar question, complaining that there have been numerous seven-hour rescues at Fossil Creek, which strip the community of its paramedics.

Roybal again reminded the audience that the purpose of the meeting was to review the six alternatives and ceased taking any questions.

There were numerous mutterings heard from the audience.

“I don’t believe the Forest Service sees nearly 700 rescues and five fatalities in the creek in recent years as a serious life safety issue,” Smith said.

The Pine-Strawberry Fire Department has for nearly five years pursued the Forest Service to open three closed roads near Fossil Creek. With the closures, rescues that once took about one-and-a-half hours now take five to seven hours, and more than a dozen rescuers.

Forest Service Road 708 is one of the closed roads. It runs from Strawberry to Camp Verde. In the fall, due to a lack of maintenance, monsoonal rains washed away a large section of the road, exposing four CenturyLink cables. Had they been severed, all Internet and phone service in Rim Country would have gone down.

It took 28 days for CenturyLink to obtain a permit from the Forest Service to make the temporary repairs.

The proposed plans do not directly address the rescue issue. Gila County Sheriff Adam Shepherd and other officials have asked for a public safety impact study as part of the plan. So far, one has not been done.

Two of the plans, D and E, reference the 708 Road. Option D would open the currently closed 4.1-mile 708 Road to all vehicles once repairs are made to the road. A 2014 study found it would cost between $5 million to $6 million to stabilize and maintain this section of road and substantial annual maintenance required thereafter.

Option E would open the road to trail vehicles less than 62 inches wide, such as quads, once repairs are made. Alternative E is currently the proposed plan, according to the Forest Service.

After the comment period, the Forest Service will review and respond to comments and then issue a draft Record of Decision (ROD). This draft will be subject to the objection process. Upon completion of the objection process, a final ROD will be issued, and implementation of the plan can begin, which could start 30 days after the release of the final ROD, anticipated in winter 2019/2020.

Gary Morris is fire chief of the Pine-Strawberry Fire District.

The 6 so-called options almost all lead to a major restriction in public access to Fossil Creek. It is obvious that mandating a serious cutback is the starting point of their charter (agenda/mission) before they even begin listening to the input of affected tax-paying, creek-visiting citizens. Easing access for FD and SAR for public safety by opening the access road is not part of their charter or mission. We all must remember that mid-level government managers tend to be risk-averse. They have nothing to gain by giving citizens want they want (unless it is in their charter) and everything to lose if something goes wrong. Add to that the mind-boggling array of regulations from multiple agencies and layers of government that are often at cross purposes, and no wonder they are bogged down by inefficient internal processes that are disconnected from the choices of the public. Even when several members of Congress tried to intervene to assist our local emergency services leadership, little actually changed. Who is in charge?