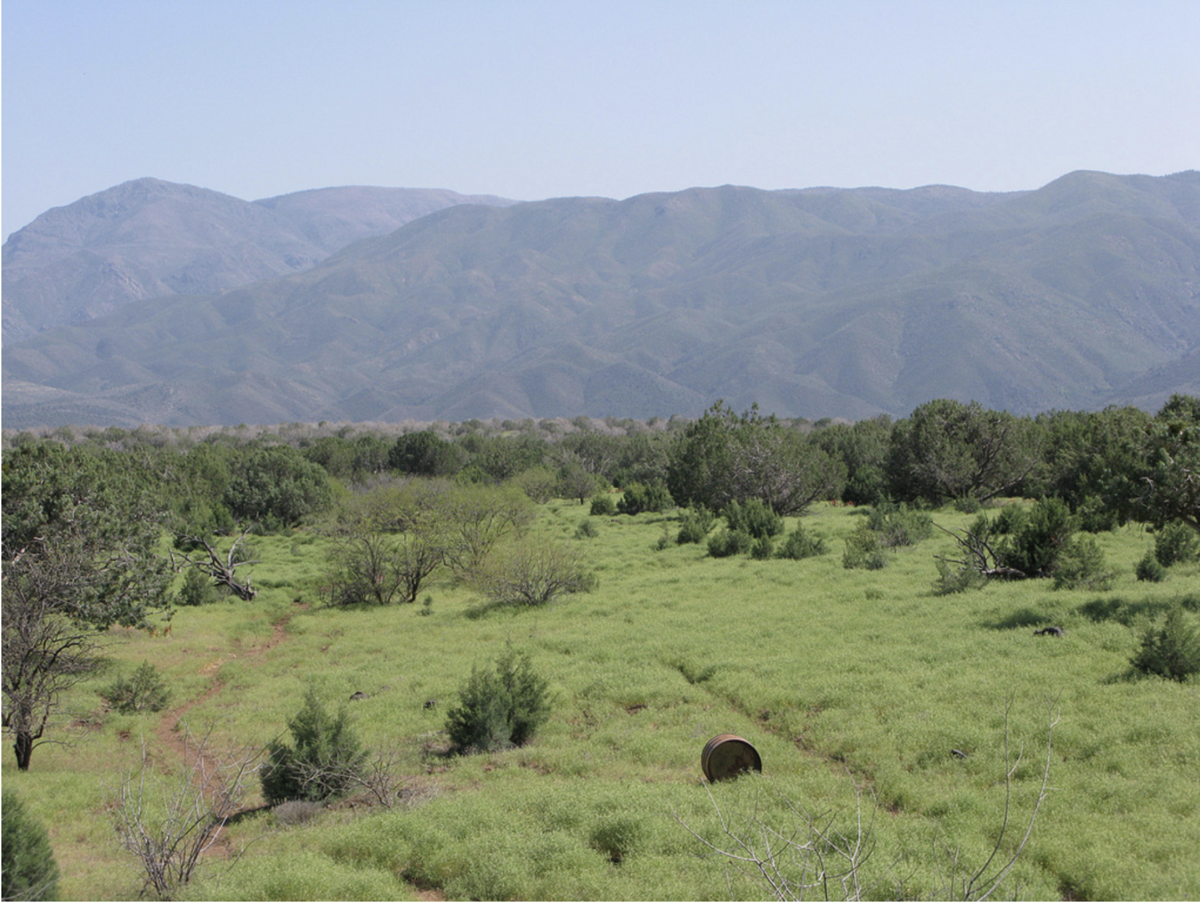 A picture of one of the more beautiful spots on Passage 25, Whiterock Mesa. The rocky road section near Pine will soon be a scenic single track. 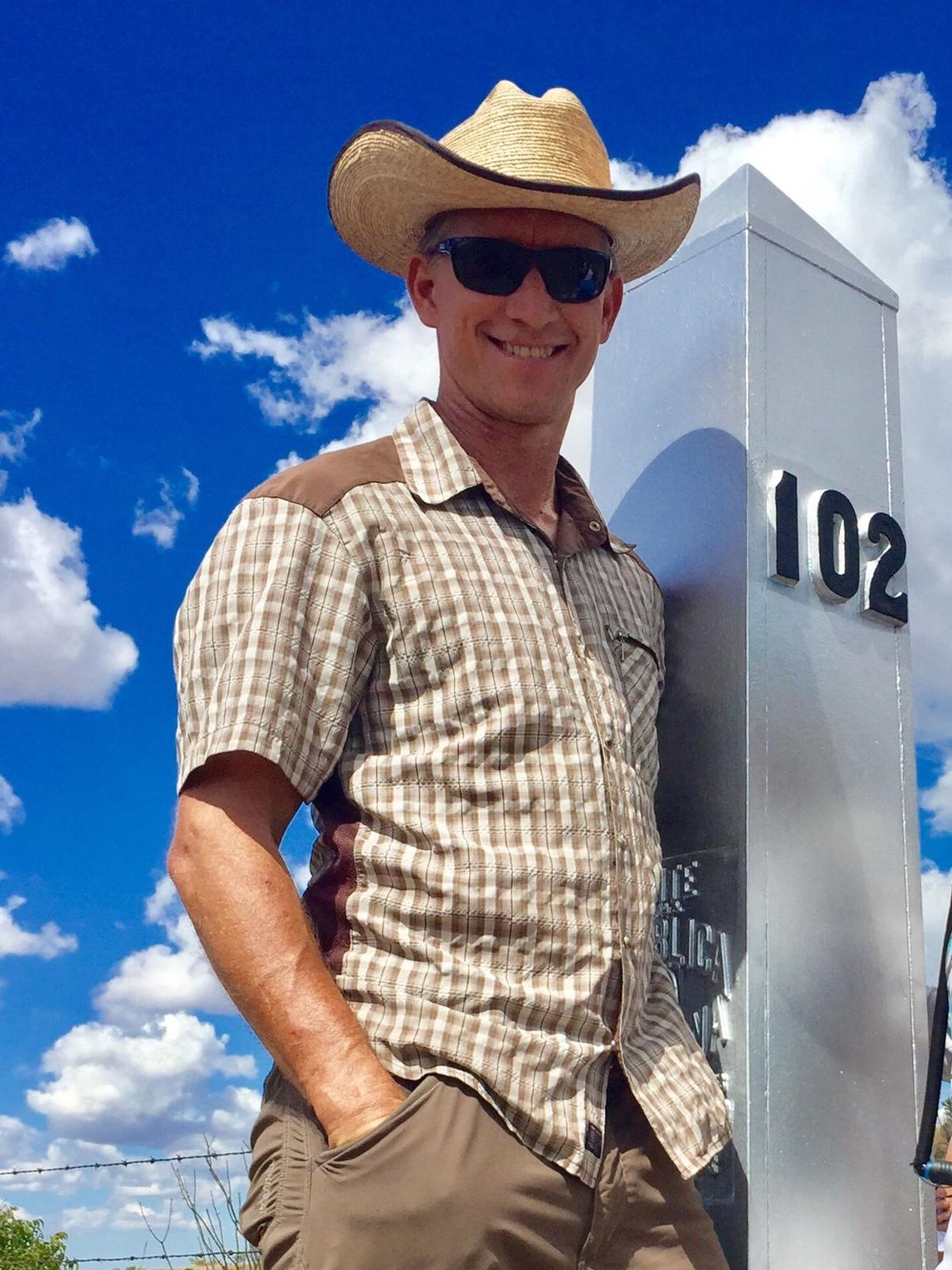 Matthew Nelson, the executive director of the Arizona Trails Association. 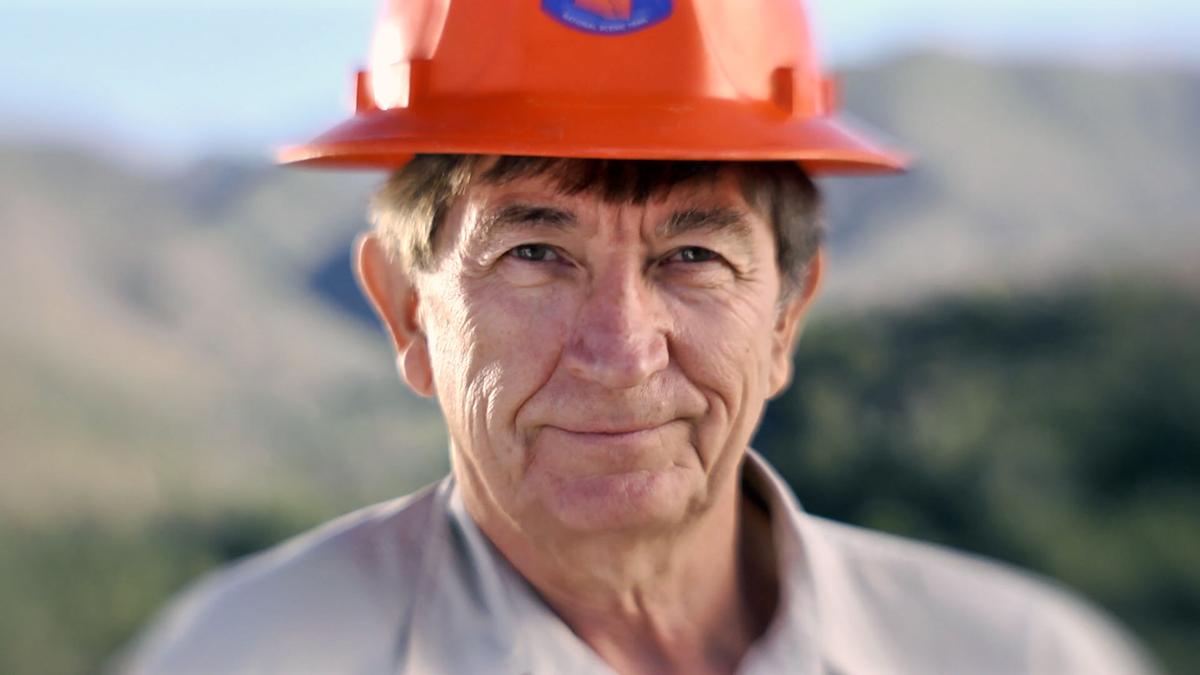 Shawn Redfield, a Pine resident and director of the ATA trail operations, spent years finding a new route for Passage 25. 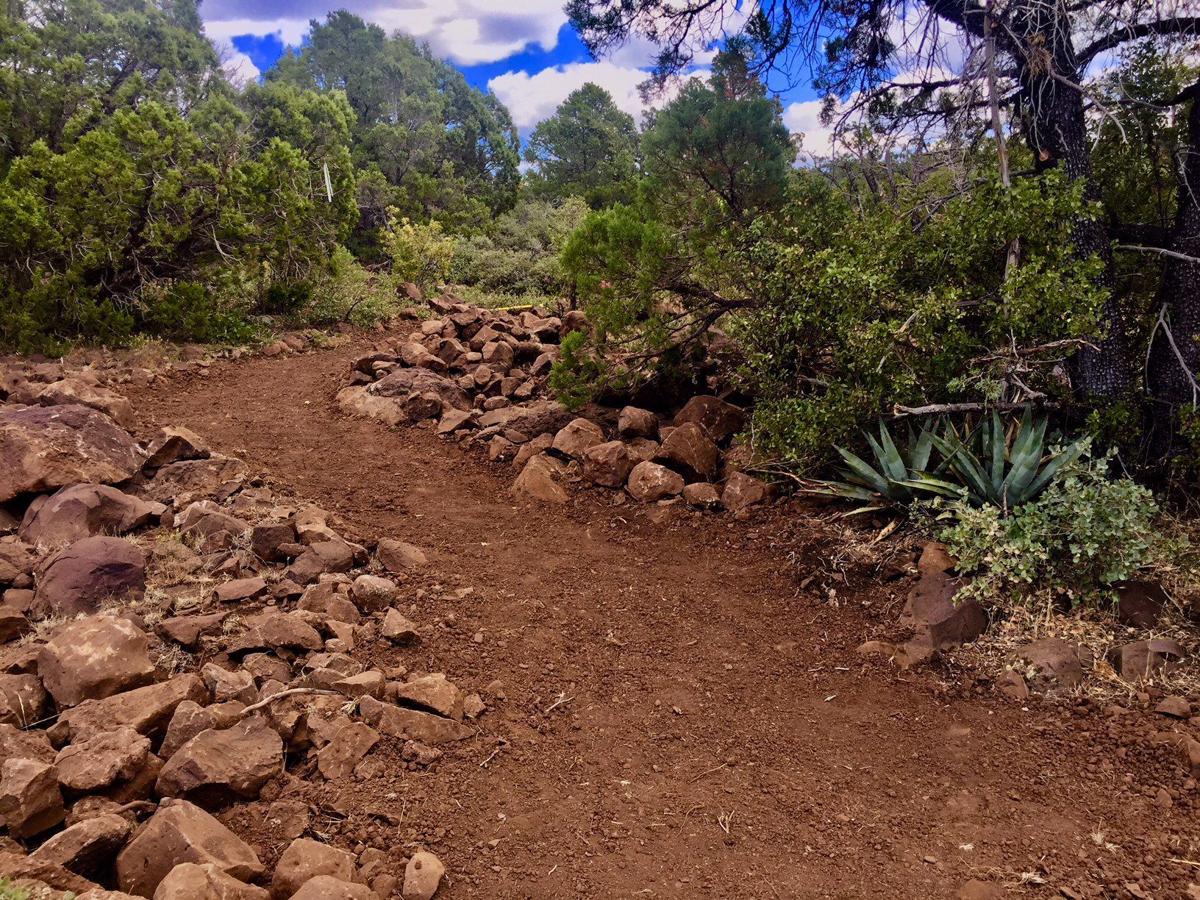 Matthew Nelson snapped some shots of the recent re-route work on Passage 25, called the White Rock Mesa section of the Arizona Trail. The ATA hopes to complete the project April 2021. A map of the complete Passage 25 Whiterock Mesa section of the Arizona Trail. The new re-route will shave off the topmost northern section. 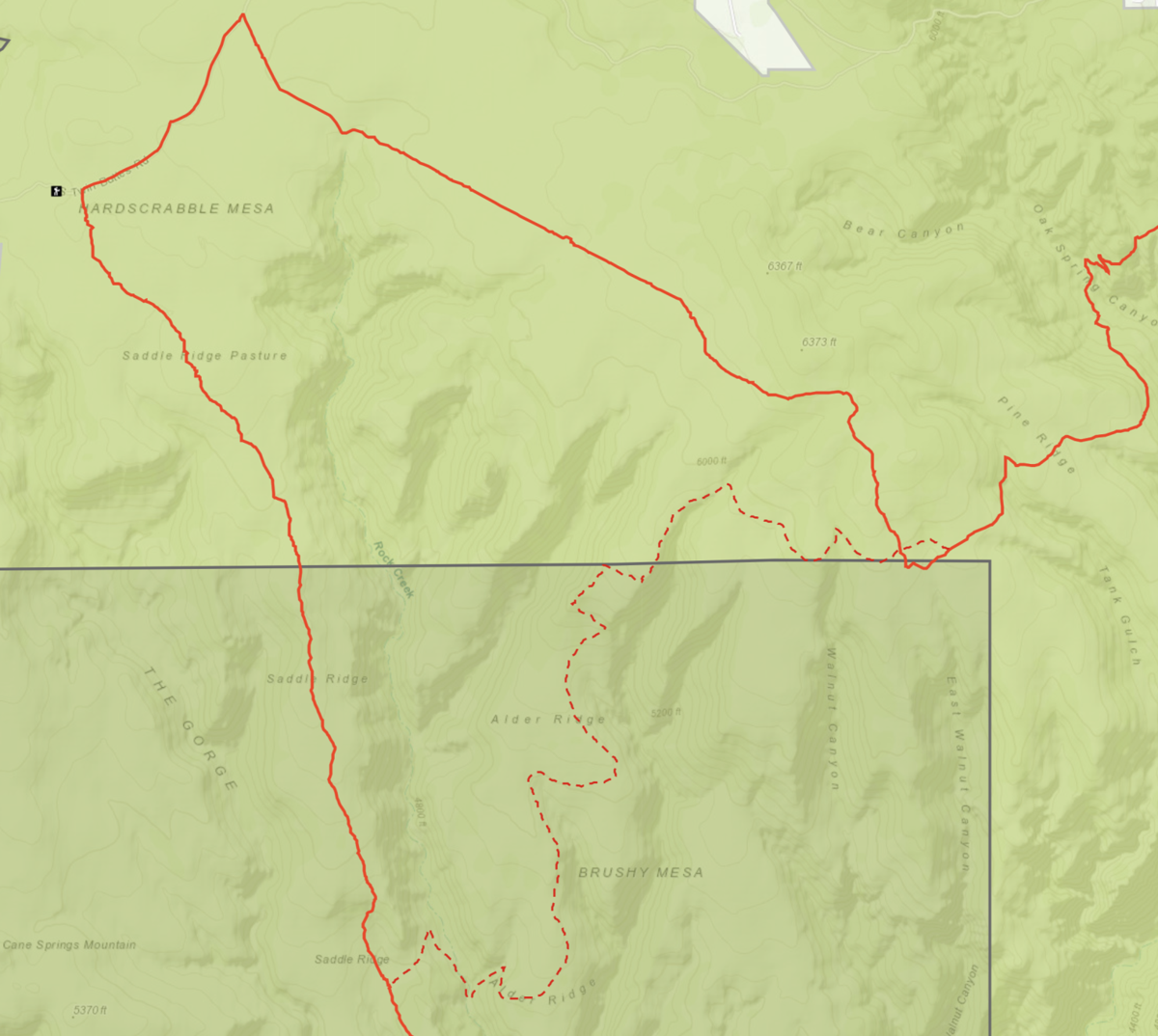 A close up of the Passage 25 re-route through Alder Ridge and down into the Rock Creek drainage.

But that’s exactly what hikers on the Arizona Trail’s Passage 25 found between the East Verde River and Pine. Adding insult to injury, the road had a lot of volcanic rock.

“It is chunky boulders that goes on for miles and miles,” said Nelson.

But not for long. The ATA has broken ground on a re-route that will turn a rocky road into a smooth single track.

In terms of through hikes, the Arizona Trail is young. It was only completed in 2011 making it the youngest through trail in the U.S. To complete the trail, builders relied on old wagon roads and cattle trails, not as beautiful as single track trails to hikers.

Although new, the Arizona Trail has gained a reputation as extreme due to the lack of water and topography. As well, the remote trailheads make resupply difficult. But this kind of reputation attracts super athletes who compete for the quickest through hike or the most Yo-Yo trips from north to south in a year.

The trail attracts not only national hikers, but international hikers to see some of the most breathtaking parts of Arizona. About 30% of the trail winds its way through Gila County. The AZT starts down in the Superstition Wilderness near Superior and ends past Pine at the top of the Mogollon Rim.

But Passage 25 “has long been among the most hated segments of the trail,” said Nelson.

So, after many years of planning, environmental studies, fundraising and collaboration, the ATA recently broke ground on a reroute of Passage 25. This will cut off the road portion and replace it with a single-track trail.

The re-route uses Alder Ridge to dip down into and then out of Rock Creek, a major drainage area.

“The topography is extreme,” said Nelson, which will require engineering feats and rock work to keep the grades at a reasonable angle “so it’s never too steep.” Trails built too steep rut and wear away in the rushing water of monsoon storms, but correctly engineer against the fall line and a trail will hold up for years, say trail building organizations.

The re-route project will primarily use funds provided by a Recreational Trails Program grant (paid for by off-highway vehicle gas tax revenues) and administered by Arizona State Parks and Trails. The ATA will use approximately $105,000 to hire conservation corp members to build most of the trail. The corps also works the more remote wilderness areas. For those projects with more accessibility, the ATA will rely on volunteers. The ATA hopes to complete the re-route by April 2021, weather permitting. (Nelson welcomes inquiries from Rim Country residents on how they can volunteer. Please go to aztrail.org to sign up.)

For most of the time, the re-route construction will use a specially designed backhoe, but then part of the re-route goes through the wilderness area.

“Wilderness areas are non-motorized,” said Nelson, which will require crews to only use hand tools.

This will be the fourth road re-route project the ATA will complete. The organization made a commitment to re-route all the parts of the AZT that used roads, but this will not be the last project the ATA works on in Rim Country.

“There’s a big one coming, the Highline Trail,” said Nelson.

Many organizations have picked away at upgrading the Highline Trail over the years, but none have stepped back to put together all the piece work under one project, until now.

“Volunteers for Outdoor Arizona, the Pine-Strawberry Fuel Reduction Committee and the ATA … got together to ask, ‘What are all the best trail projects around Pine and the Highline?’” said Nelson.

The groups have identified several key fixes that need to be made so quickly, Nelson and representatives from the other organizations planned to walk sections with a geologist the last week of September.

But Nelson doesn’t want to get hopes up that the Highline project will go quick.

“It will be a multi-year project,” he said.

To keep up on ATA projects on the Arizona Trail or to volunteer, go to aztrail.org.

“We always welcome volunteers to reach out. We exist because of committed volunteers,” said Nelson.