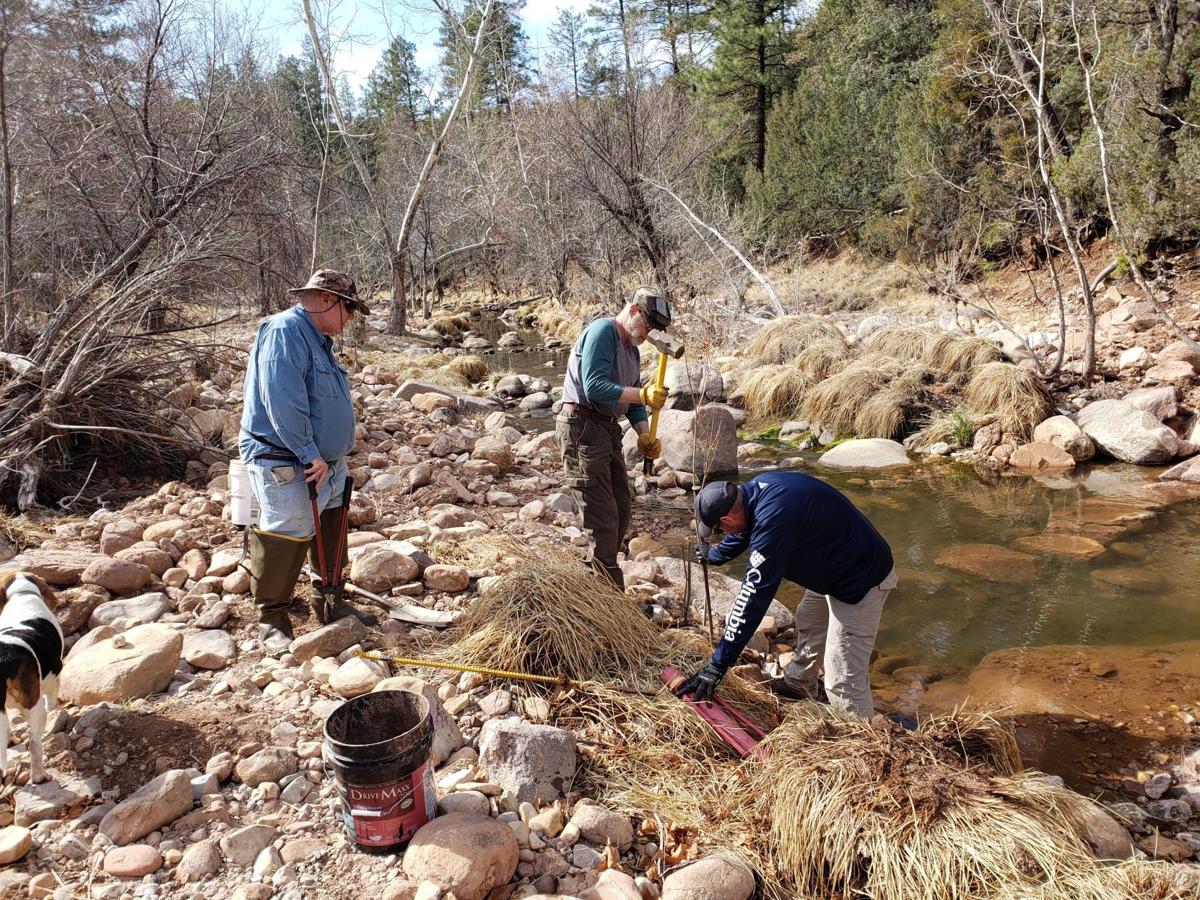 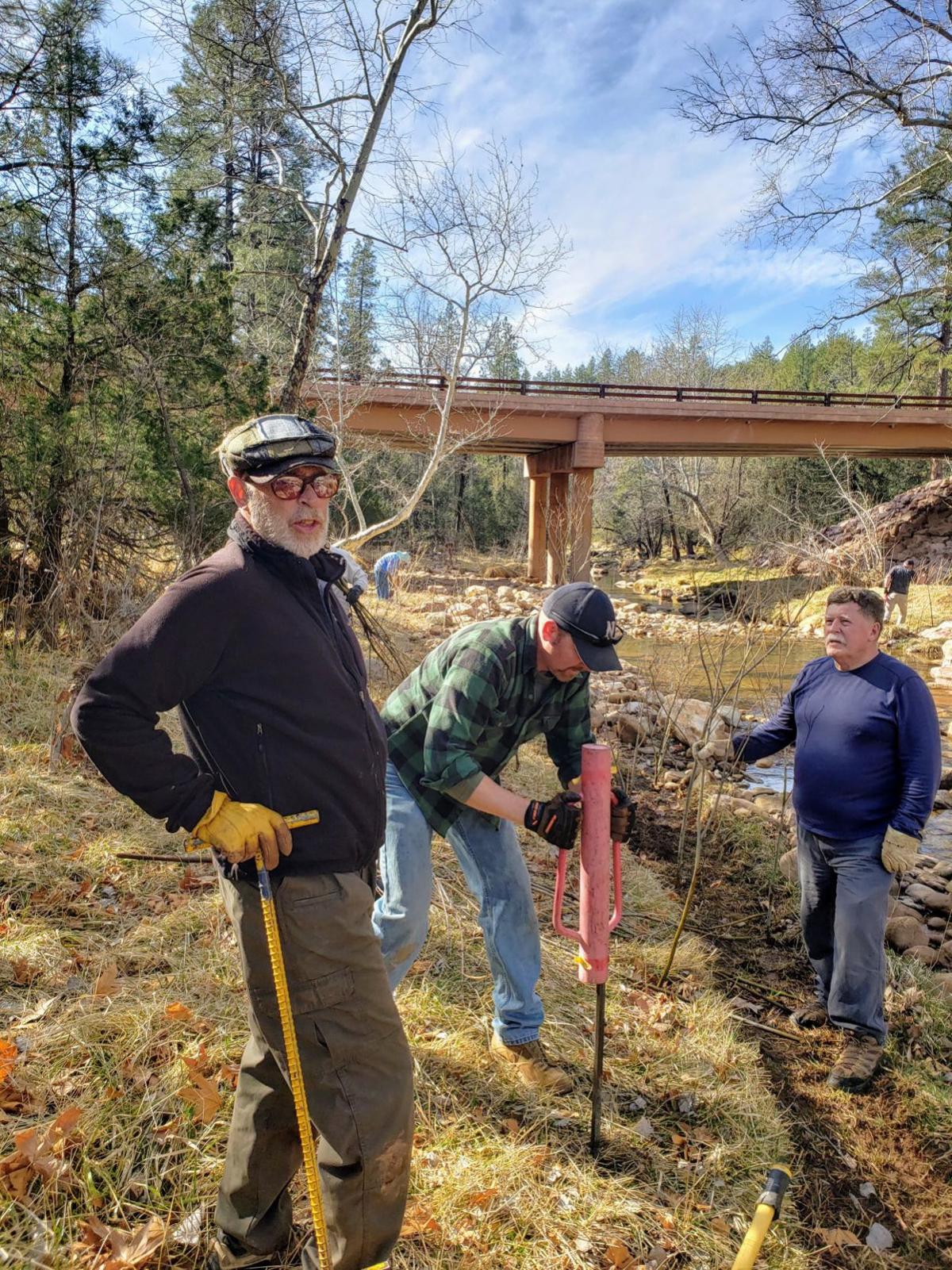 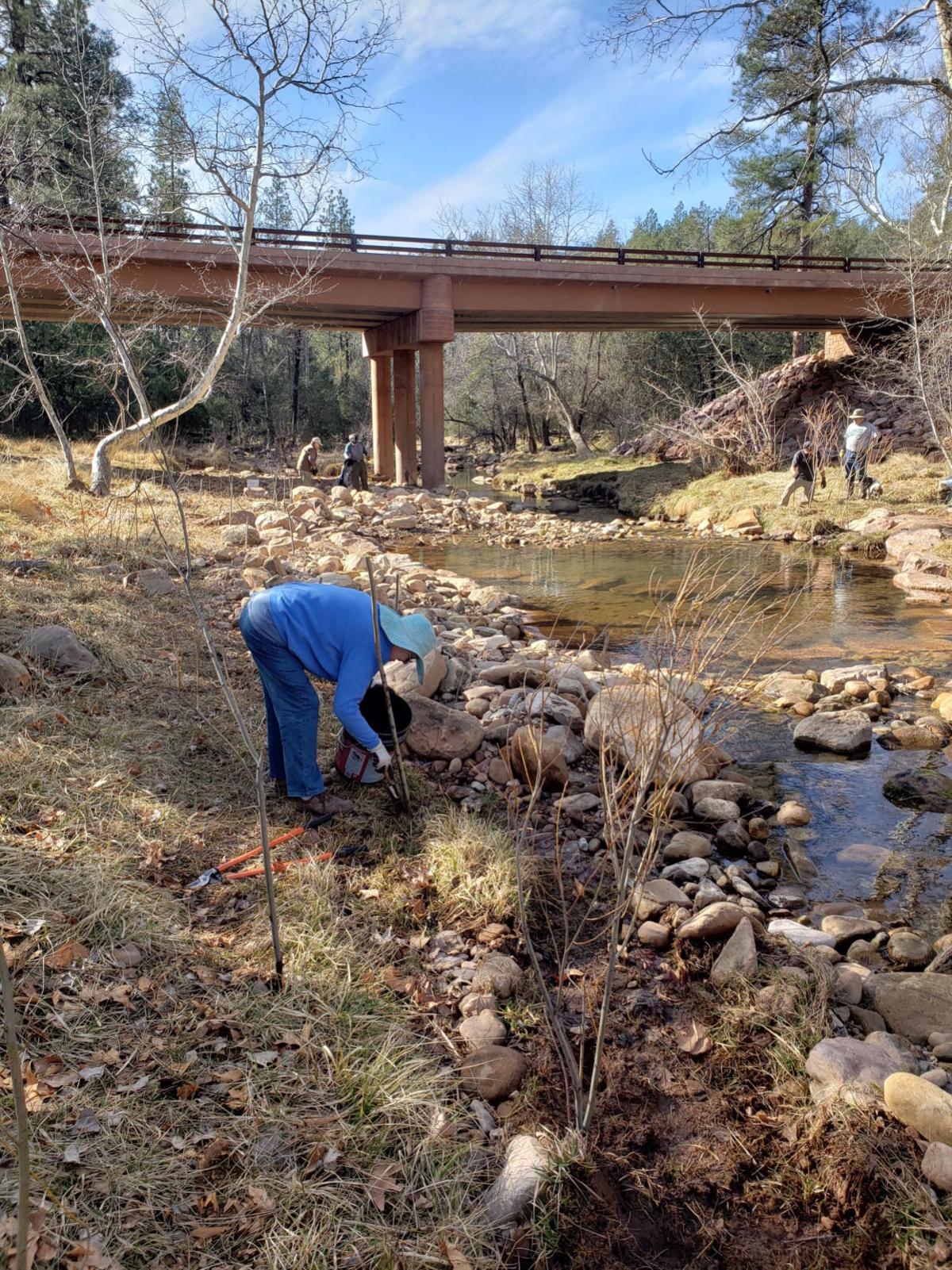 Dorothy Howell fills in the holes around new willow shoots with a mud slurry to remove air pockets and help get them off to a good start. 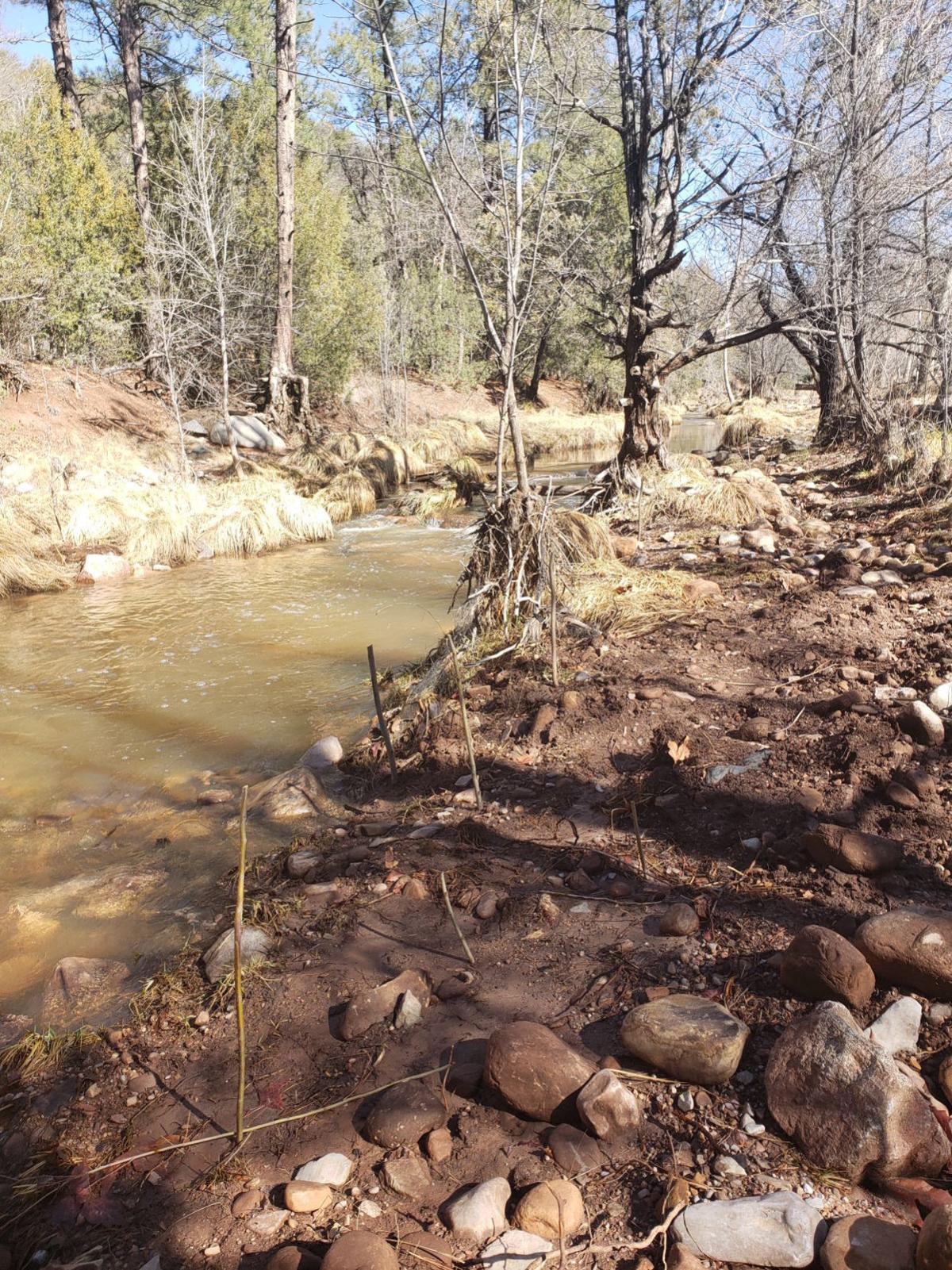 When these willow shoots grow, they will help lock in the rock bank around a newly created pool above Second Crossing.

Dorothy Howell fills in the holes around new willow shoots with a mud slurry to remove air pockets and help get them off to a good start.

When these willow shoots grow, they will help lock in the rock bank around a newly created pool above Second Crossing.

It may sound a little odd, but trout love willows! They provide the shade that helps cool the water and offer great cover for the trout to hide in.

Some of the most fun and challenging trout I have caught have been in willow sweepers in Tonto and Canyon creeks. These fish had figured out that the current was bringing a supply of food while they remained hidden and cool under the willow branches swaying in the stream.

Willows also provide a great deal of bank support and resist the erosional effects of heavy rains on a stream’s edge. The Arizona Game and Fish Department (AZGFD) in cooperation with Natural Channel Design and the United States Forest Service (USFS) recently completed the installation of stream improvement structures at Second and Third Crossing on the East Verde River.

The final step in that work was the planting of willow saplings around the log barbs and the newly created pools to further lock in the structures to the banks and provide additional erosion protection along the stream.

Normally, willows from a nearby location on the creek that is being improved can be utilized for cutting and replanting. That was not possible for the East Verde project because tree cutting is currently restricted because of a lawsuit making its way through the courts regarding protection for Mexican spotted owls.

The town of Payson came to the rescue and granted permission for the Payson Flycasters Club and Gila Trout Chapter of Trout Unlimited (PFC/GTTU) members to cut willow shoots on town property that we then transported to the river to soak overnight for planting the next day.

The planting was the easiest part. The challenge was creating the holes in the very rocky soil that reached the water level so that the water loving willows could root.

Once the holes were dug, the willows were planted and trimmed to encourage deep rooting and fast growth. Then a slurry of mud was poured into each hole to remove air pockets and get the new willows off to a good start in their new location.

We planted more than 250 willows mostly near the new stream improvement structures to help further stabilize them while providing additional shade and cover for trout. We also put several along the stream at Second Crossing at the base of a bank that is eroding that some of these structures are positioned to protect.

The new saplings made it through the latest heavy rains and high water conditions on the East Verde.

If you happen to be fishing at either Second or Third Crossing and see the planted willow stalks, please do not disturb them as they will provide years of cover and protection for trout on the East Verde River once they grow.