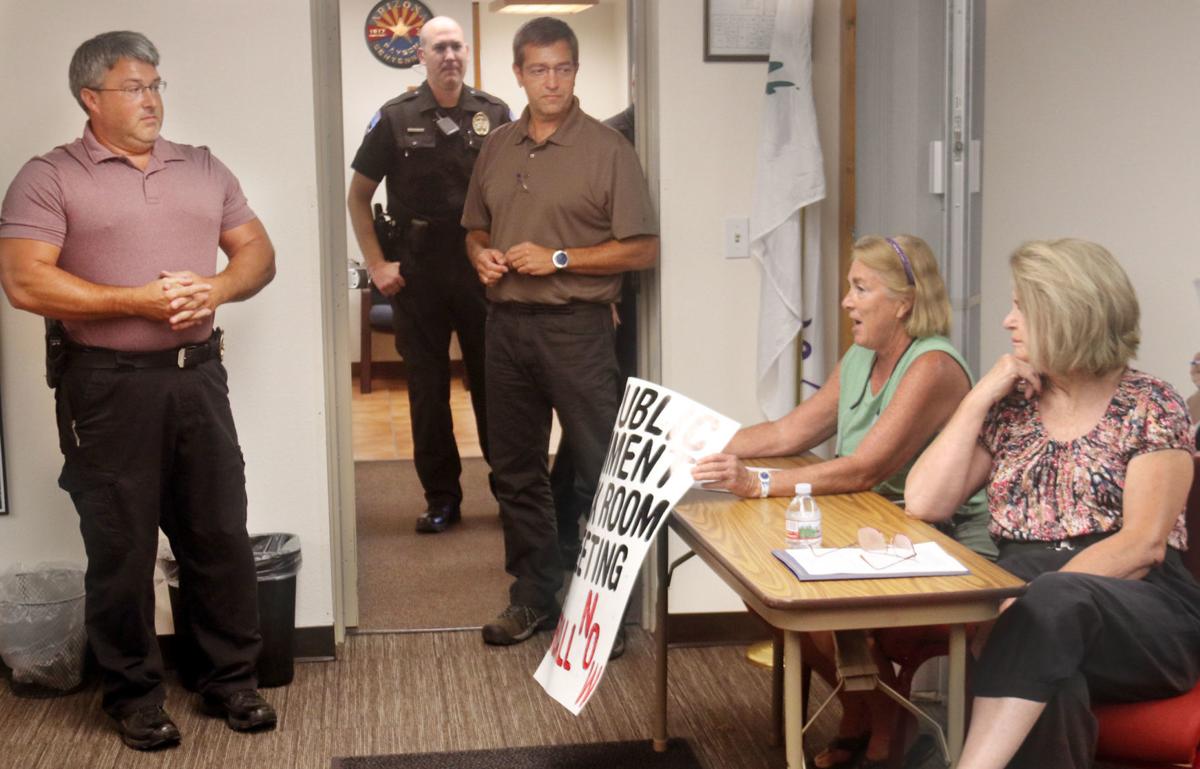 Marjorie Oldenkamp has filed a complaint with the town, Arizona Attorney General's Office and the ACLS against Payson Mayor Tom Morrissey for violating her First Amendment free speech rights after he kicked her out of the Aug. 15 council meeting for holding a sign. 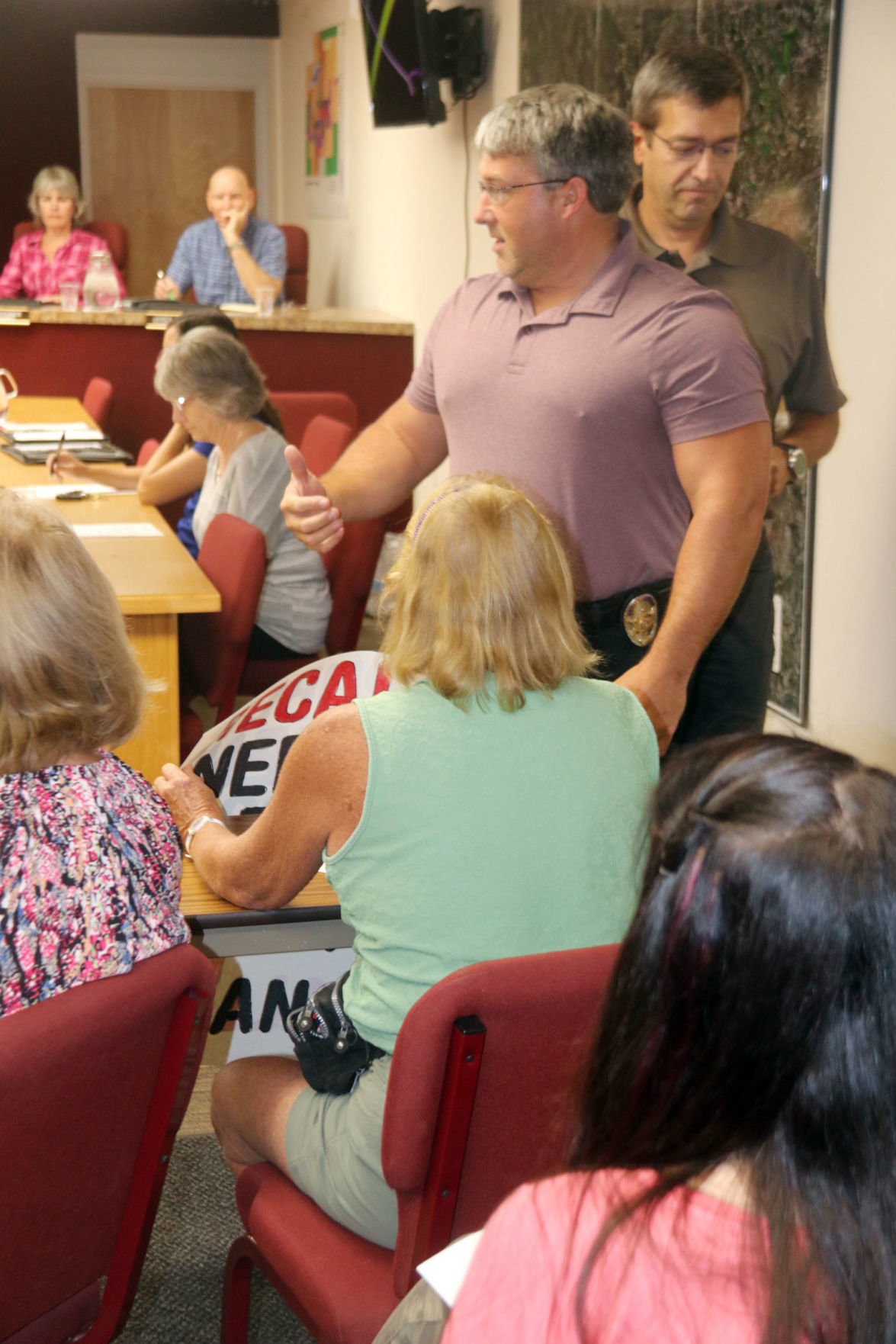 Lt. Jason Hazelo escorts Margie Oldenkamp out of a council meeting after she brought a protest sign.

Marjorie Oldenkamp has filed a complaint with the town, Arizona Attorney General's Office and the ACLS against Payson Mayor Tom Morrissey for violating her First Amendment free speech rights after he kicked her out of the Aug. 15 council meeting for holding a sign.

Lt. Jason Hazelo escorts Margie Oldenkamp out of a council meeting after she brought a protest sign.

It all started when Mayor Tom Morrissey opened the Aug. 15 special town council meeting by declaring, “We will not be hearing any public comments tonight.”

Resident Margie Oldenkamp, sitting in the front row, made her comment silently. She pulled up a poster-board-sized sign with big bright red letters reading “No public comment/backroom meeting/recall now.”

The sign was a reference to a just-launched recall movement seeking to oust Morrissey and three council members. Those four members of the council recently voted to fire longtime Town Manager LaRon Garrett, giving him until morning to clean out his desk.

The recall petitions criticized Morrissey for failing to consult the public and operating in a high-handed manner. The petitions also cited the firing of the town manager as the reason for the recall.

Before attacking the agenda, Morrissey asked, “Will you remove this sign?”

He then turned to Police Chief Ron Tischer. “Chief, will you have that sign removed?”

So, Tischer and Lt. Jason Hazelo — aided by a third uniformed officer — escorted Oldenkamp out.

None of her prostrations diverted the police from their purpose.

They escorted Oldenkamp and her sign from the building.

As she was walked out, the audience clapped and Morrissey resumed the meeting.

While a person has a constitutionally protected right to engage in peaceful protest in “traditional public forums” such as on a sidewalk or in a public park, the government can impose “time, place and manner” restrictions on speech, according to the American Civil Liberties Union Foundation of Arizona.

Oldenkamp said she filed a complaint Friday with the town alleging Morrissey had violated her first and fourth amendment rights.

Oldenkamp said she checked the town code and there is no ordinance that prevents her from bringing a sign to a council meeting.

Me. Odenkamp should run for office rather than this childish act of recall. She certainly has time to campaign and get her policy idea out there for consideration.

The Payson residents were willing to give a new council and mayor a try. Nothing wrong in disagreeing with an approach but recall is silly