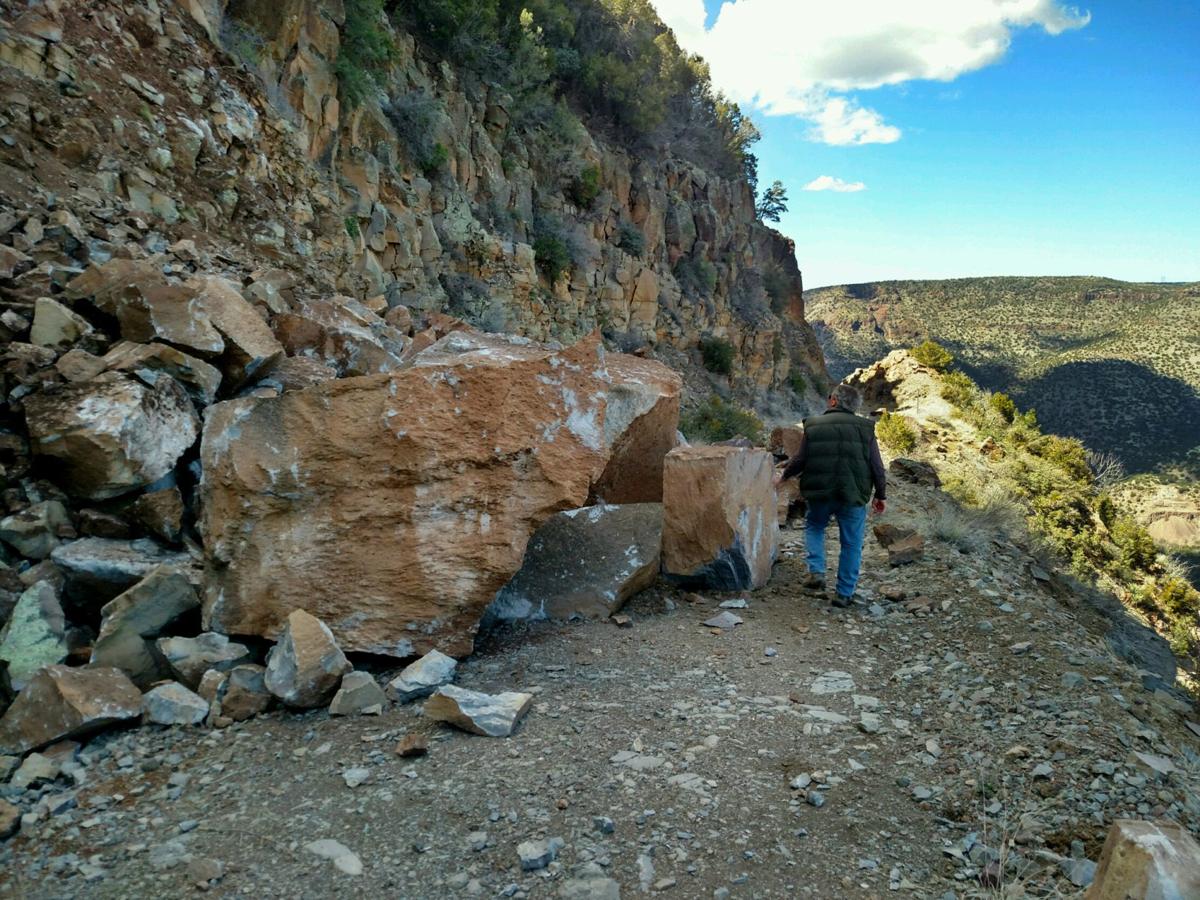 CERT volunteer Rod Barnes surveys the damage from a rock slide on the Strawberry side of the Fossil Creek Road. He could barely walk around the rocks. 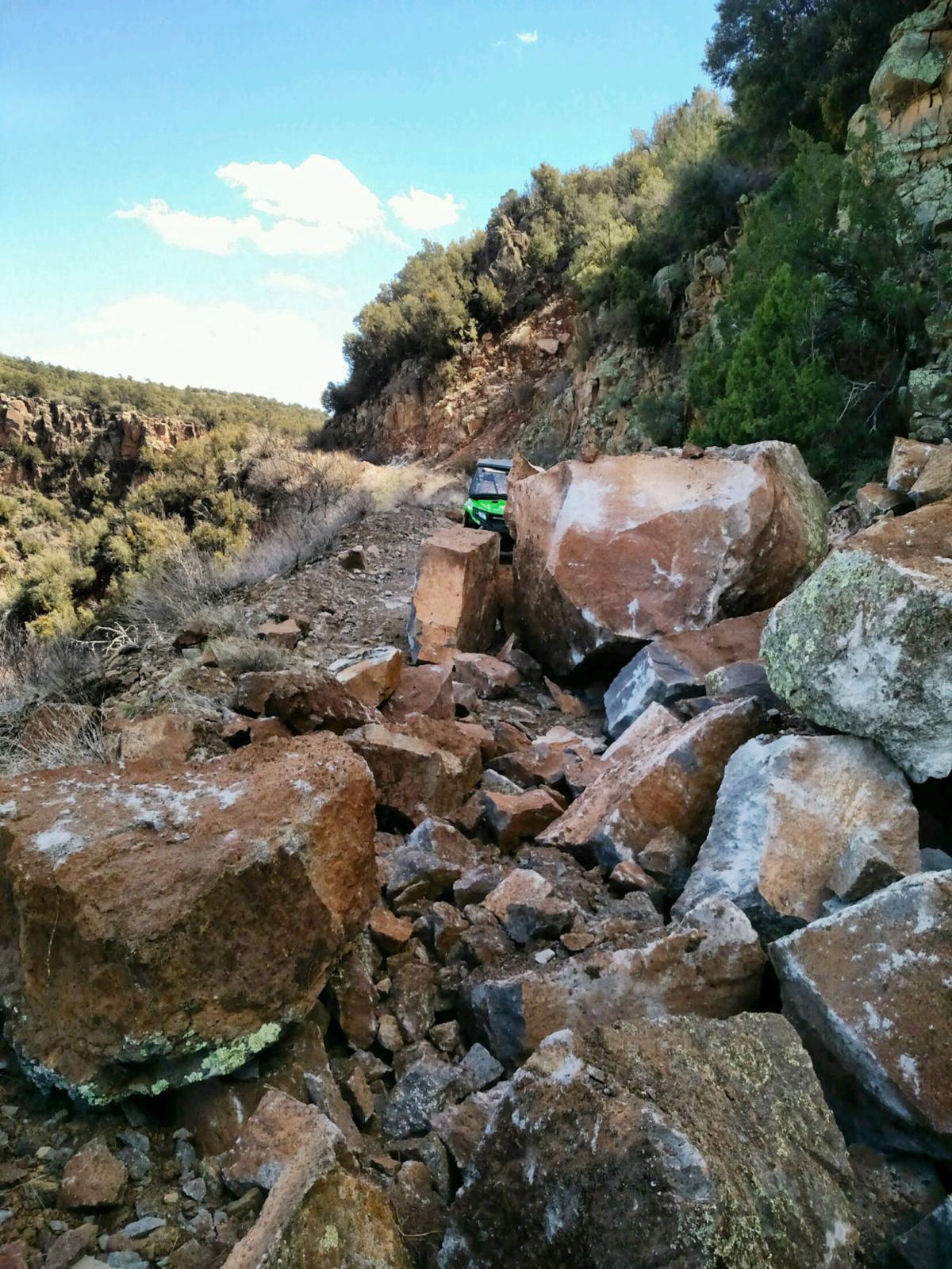 Not even a 4x4 can pass the rock slide on the Fossil Creek Road.

Gila County Sheriff’s Office deputies narrowly missed getting covered by a landslide on the Strawberry side of the Fossil Creek Road recently.

After GCSO deputies Matt Binney and Cole LaBonte went down Fossil Creek Road March 17 and the next day when Sergeant Dennis Newman attempted to go down, rocks had covered the road.

The deputies were attempting to help Rex Ferguson, an itinerant cowboy who lives in the woods.

Ferguson had two horses, one to ride and one to carry his belongings. During the snowstorm in late February, while camping in Fossil Creek, his older horse went colic and Ferguson had to put her down. This left him without a packhorse.

The GCSO decided to help. They didn’t know the danger they faced until Newman drove down the road on March 18.

“Rod Barnes of CERT and I rode down in a side-by-side. We got no more than 400 feet when we hit the wall,” said Newman. “As soon as Rod and I went around a corner, we were done.”

The last spate of storms caused the instability, which caused the rockslide.

Now rocks completely block the road to Fossil Springs from the Strawberry side.

The snow and freezing temperatures loosened the rocks.

When the three-day rainstorm hit March 12-14, any remaining soil to support the rocks washed away, said Newman.

The rocks have now tumbled onto the Fossil Creek Road blocking passage.

Newman said the rocks extend out to the edge of the road making passage by foot almost impossible.

Local first responder agencies from the Pine-Strawberry Fire District to Tonto Rim Search and Rescue rely on that stretch of the Fossil Creek Road to utilize all-wheel-drive vehicles for rescues.

Now, not even a 4x4 can pass by the large pile of boulders and debris covering the road.

The Payson Ranger District, the agency managing the Strawberry side of the Fossil Creek Road, has little to no money in the budget to maintain the road.

Not only are rescues hampered, but also any efforts to reach the exposed CenturyLink telecommunications cable will require major equipment.

“As soon as Rod and I went around a corner, we were done.” Sergeant Dennis Newman.

Might there be someone who would volunteer to help out the GCSO and SAR by using his front loader to push the rocks over the side? All it would take is ensuring there were no hikers or campers below that area for a few hours. Maybe the owner-operator could be deputized for the day to provide him some workers comp coverage if needed, as is done for SAR and Posse volunteers.