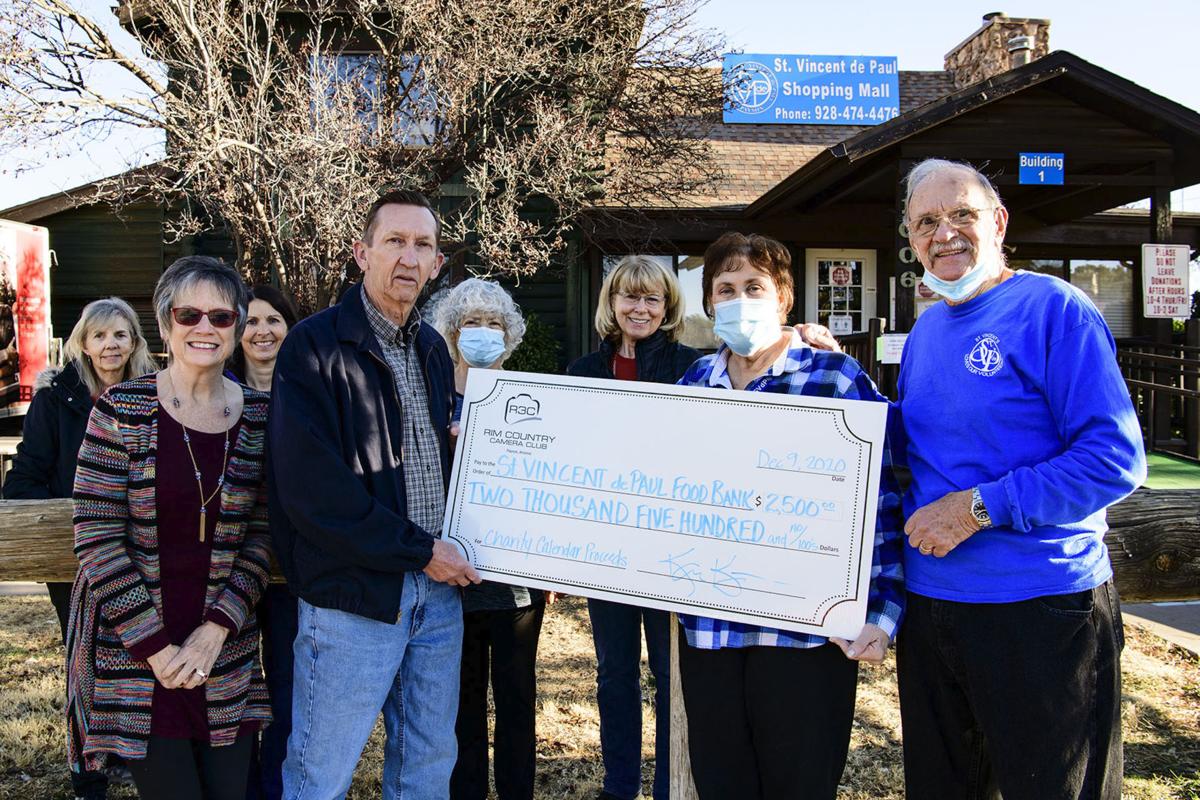 The Rim Country Camera Club and other members present a $2,500 check to St. Vincent de Paul Food Bank and supporters. 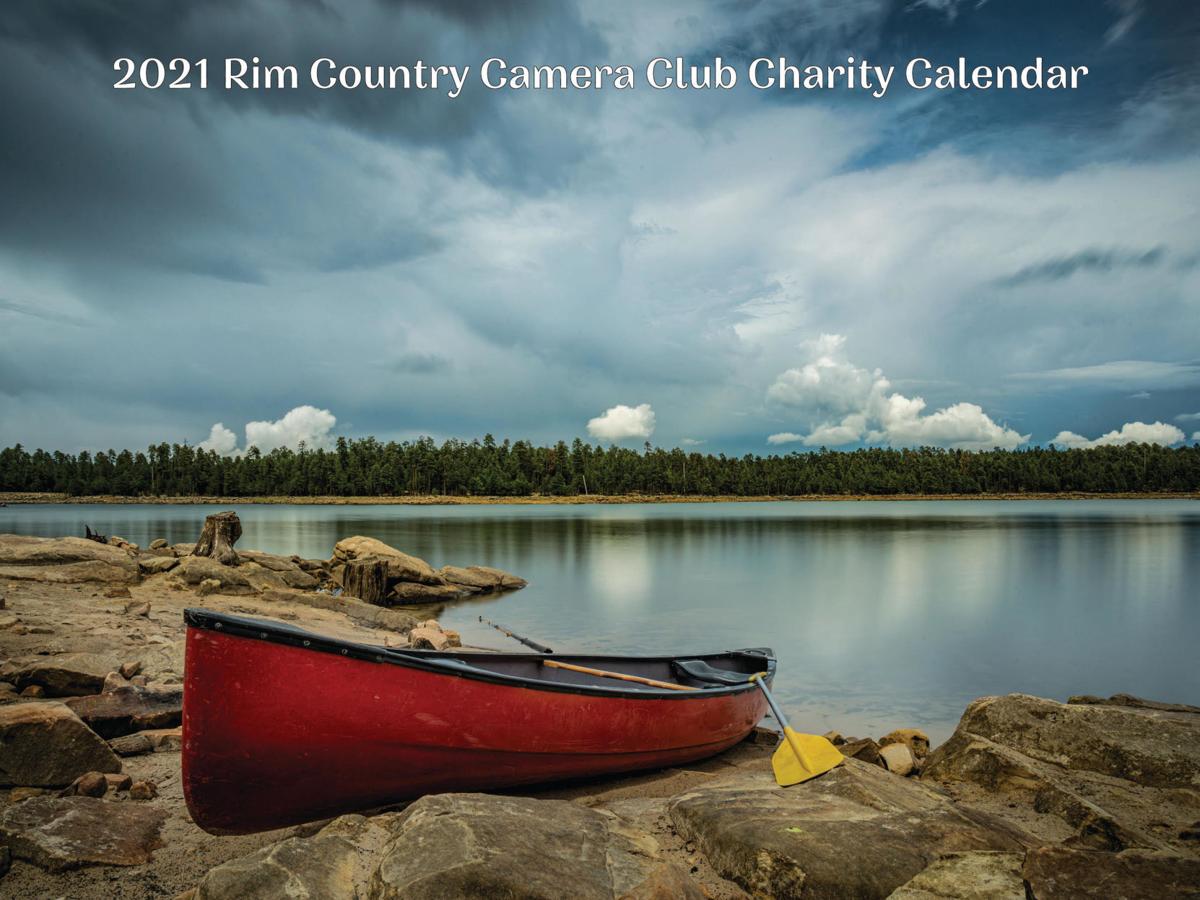 The cover of the 2021 Rim Country Camera Club calendar. This year, calendars sold out in two months. 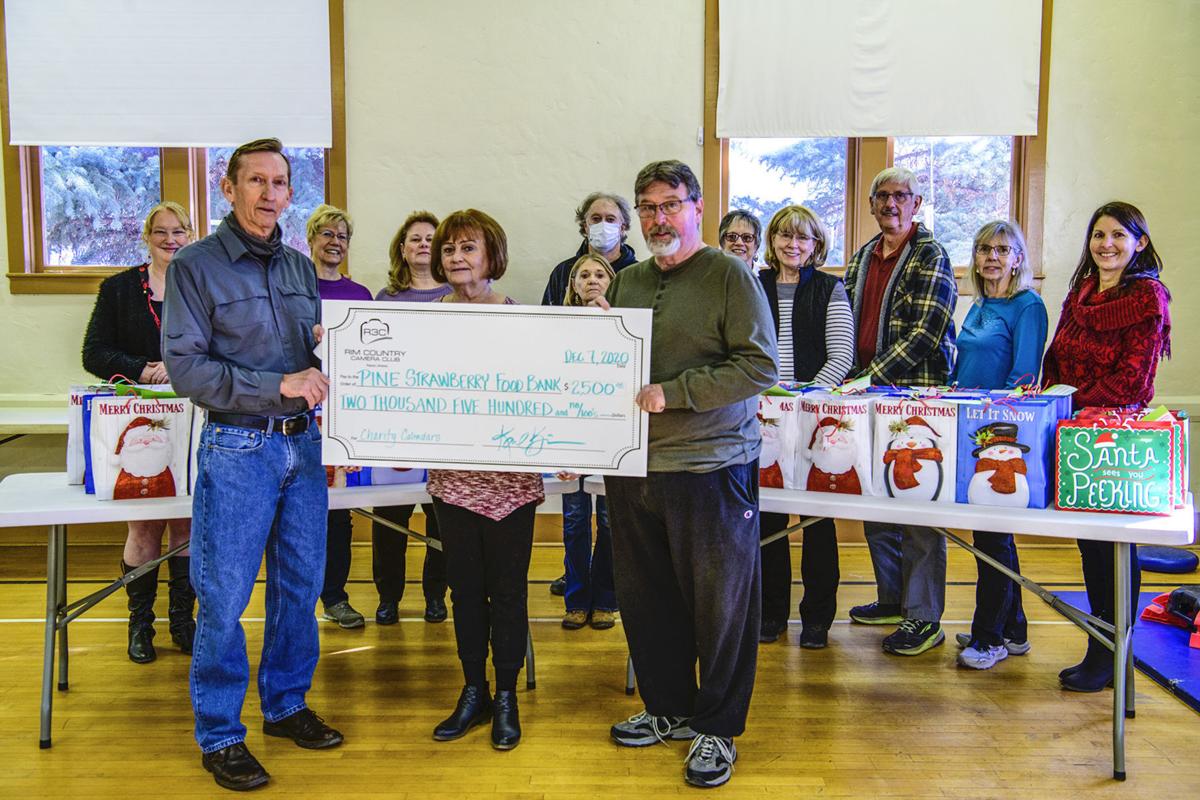 The Rim Country Camera Club had a problem. What to do to celebrate and share the photos of its members?

Six years ago, the club hit on the idea of creating a Rim Country calendar with photos of local places shot by members. They’re now so popular, club president Sue Lyman Zen said they sold out in a couple of months this year.

“This project is a labor of love — not just because we love to capture the beauty of Rim Country — but because the proceeds from calendar sales are donated to food banks in our area,” she said.

Proceeds from the 2021 calendar allowed the Rim Country Camera Club to donate $5,000 to the Pine-Strawberry and St. Vincent de Paul food banks.

It’s just these kinds of donations that make a difference, said Chuck Proudfoot, administrator of the Payson Area Food Drive.

“Donations are up and I’m getting calls about how to donate,” he said.

Although the pandemic closed lobbies, a few businesses continue to serve as drop-off points for food donations: Safeway, Bashas’, Payson Town Hall and the Payson Public Library entrance. Proudfoot will drop off a box at the Washington Federal Bank by the end of the week.

But it didn’t hurt the Rim Country has millions of acres of forest full of hiking trails, streams, lakes and wildlife to photograph.

“Payson (is) home to most Rim Country Camera Club members who scour the territory for subjects that truly depict the essence of this place,” said Zen.

The Camera Club also thanked the businesses who purchased advertisements to help defray production costs “and Friends of Rim Country Camera Club who generously donated their funds and time to make it possible for the club to give 100% of the proceeds from sales to the charities we support,” said Zen.