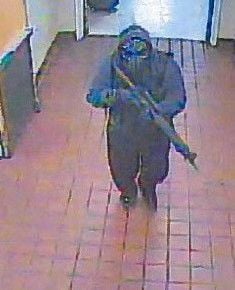 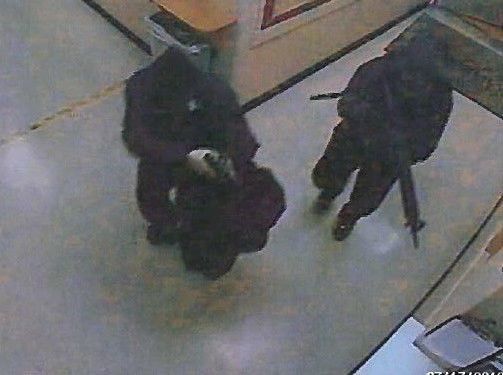 The FBI says it is looking for two “violent casino robbers” who held up the Mazatzal Hotel and Casino early Tuesday morning.

Around 12:30 a.m. Tuesday, two masked men dressed completely in black entered the casino brandishing a long gun and pistols, according to a FBI press release. They fired rounds inside the casino and threatened casino employees. No one was injured.

The suspects fled with an undisclosed amount of money. It is believed after they left the casino that they crossed State Route 87 where a vehicle was waiting.

The suspects are described as being 5’10” and average build.

The FBI is offering a reward of up to $5,000 for information leading to the arrest and conviction of the suspects.

Anyone with information about the robbery or identity of the suspects is asked to call the FBI Phoenix Field Office at 623-466-1999 or submit a tip online at tips.fbi.gov.

As a resident of Payson, I have often wondered what would happen in the event of a "Shooter" targeting this casino. Being that this is a small casino with no armed guards on the premises it appears to be an easy target. In light of all of the shootings that have occurred in our Nation and talk of "soft" targets, sometime ago I inquired about the security at the Mazatzal Casino and I was told, "Don't worry. If anything ever happens, the Tribal Police will be here on premises in less than a minute to handle the situation".

This past Tuesday (July 17) it happened. Two armed robbers entered the casino and they fired three shots. From where I was seated, I could not see the robbers, but I heard the gun shots. At first, I didn't realize they were gun shots because I've never heard gun shots before. They sounded like incredibly loud popping sounds. Not until
people from the front part of the casino started running toward the rear exit of the building did I realize that those sounds I heard must be gun shots. What is alarming to me is that there was no one in authority from the casino doing anything to get the people out. As I was running out like everyone else, I saw two people still playing slots machines unaware that the casino had been invaded by armed robbers. Also, never did any Police appear .... even as I was driving out of the parking lot, I did not see any police anywhere on the property or around the casino. I'm thankful that no one was harmed during this robbery, but I'm left wondering what if this happens again only next time a shooter decides to target the patrons? Will help arrive in "less than a minute" or at all?

Not much has changed in Arizona in 125 years. It is still the Wild West out there, the criminals just don't dress as well.