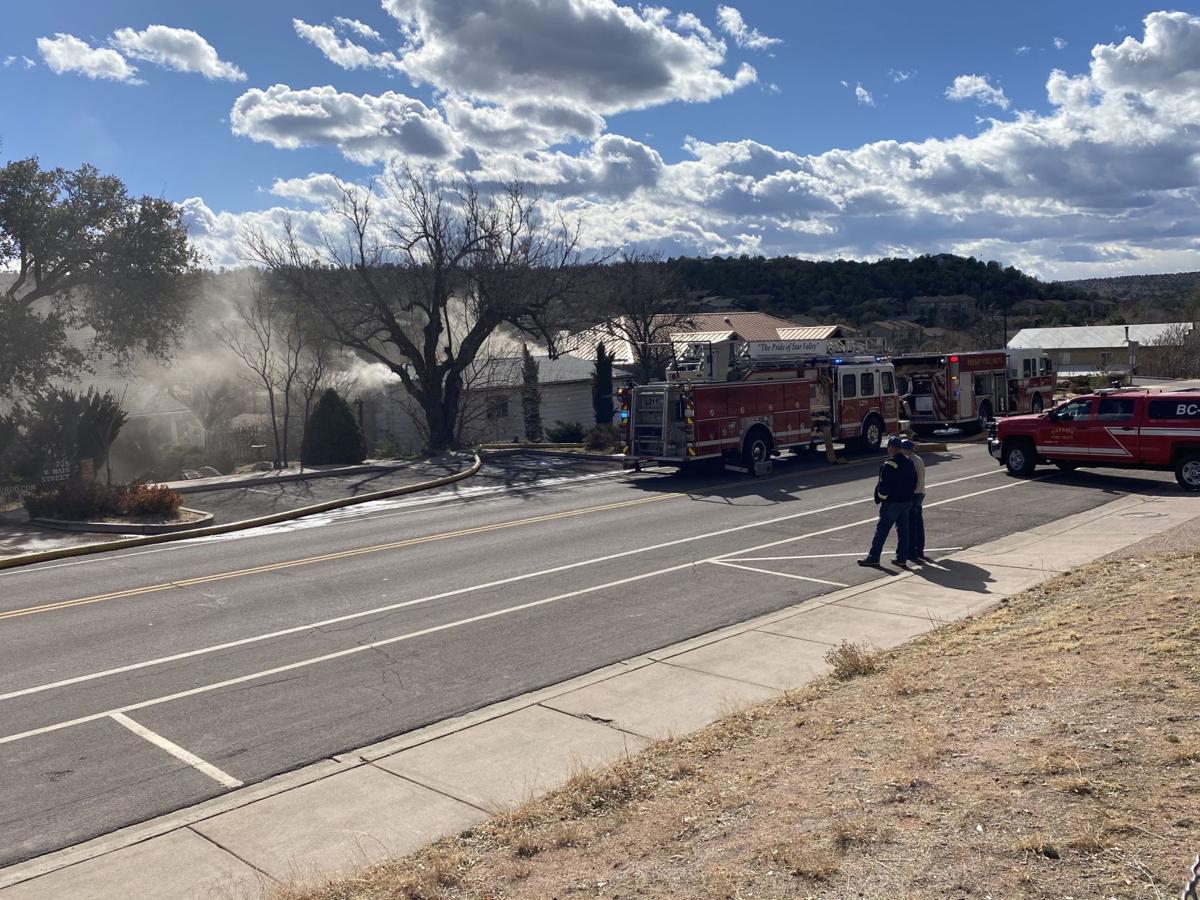 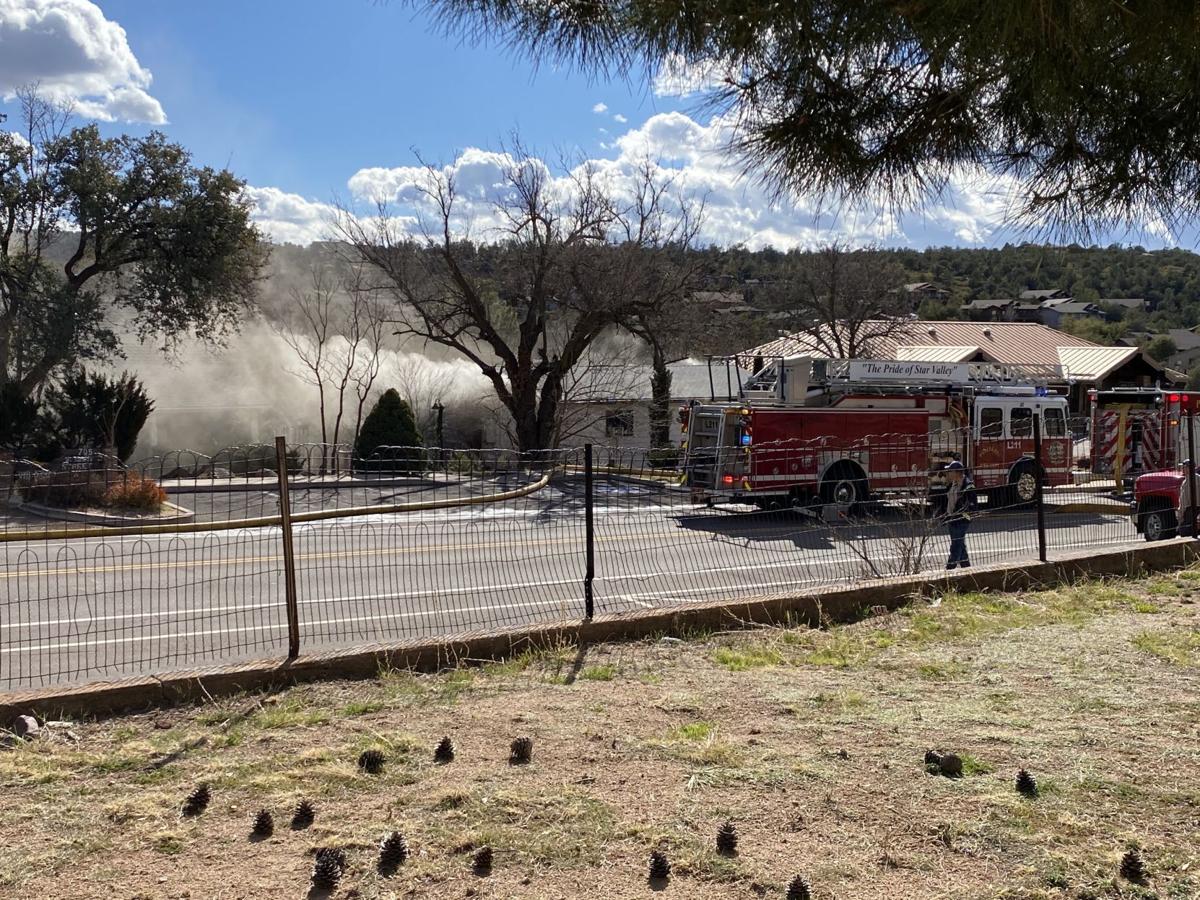 Out of the 21 fire fighters that arrived, 15 went into the building. The rest served as command or support. 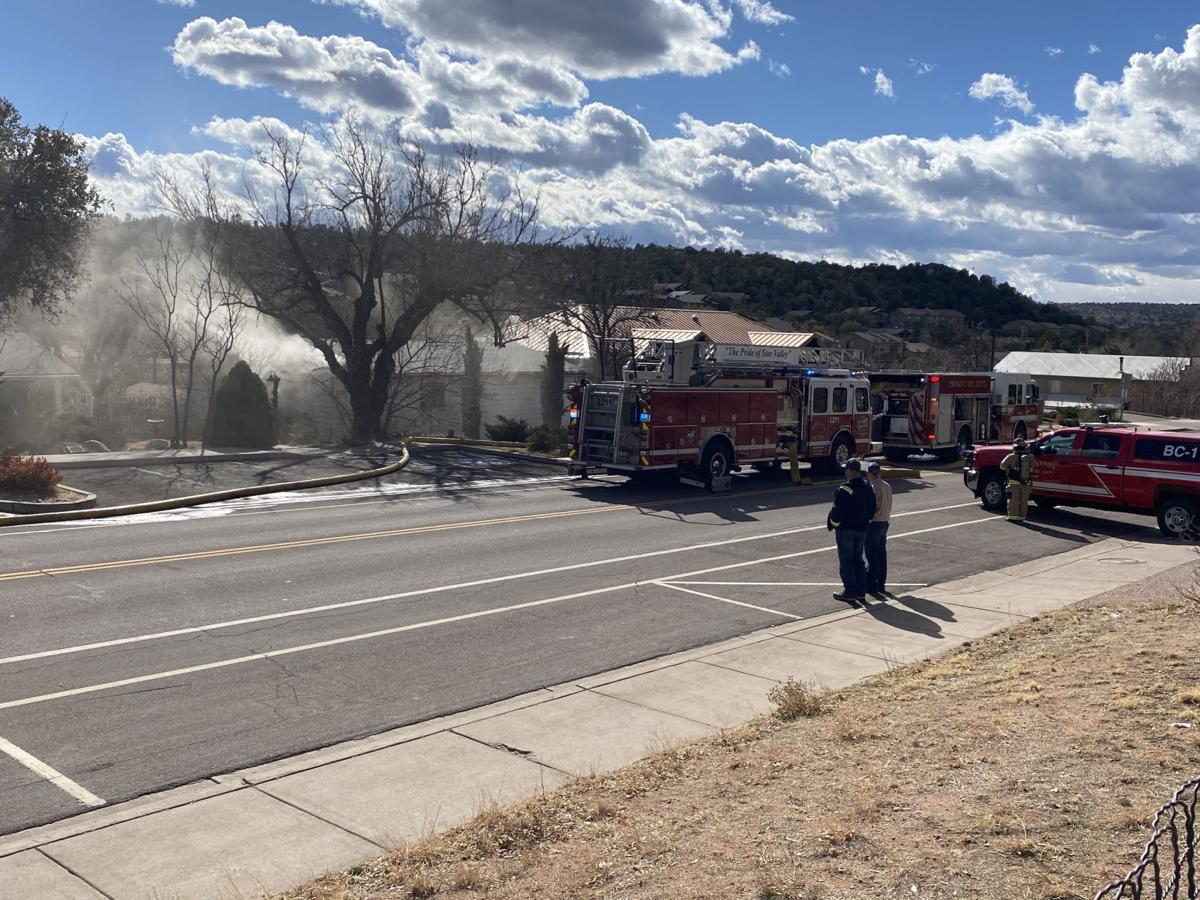 By 5:30 p.m. the owners of the home had returned to take possession.

Around 3 p.m., more than 21 firefighters responded from Payson, Hellsgate, Christopher-Kohls, Water Wheel, and the Pine-Strawberry fire departments and quickly contained the fire, restricting it to the first floor of the two-story house, said Luis Nobel, a Payson fire battalion chief.

“It probably burned 20 to 30 minutes before it produced enough smoke for someone to see,” he said.

At no time did flames escape the home, although the smell of burned wood wafted down Main Street.

Nearby business owners watched as fire truck after fire truck arrived. Initially, 15 firefighters suited up with oxygen tanks to fight the fire, while another six served as support.

When firefighters entered the home, they found six cats. Firefighters herded them into a basement room, said Nobel.

“(The) cats were all saved and corralled,” said Nobel. No one was home at the time the fire started.

By 5:30 p.m., the homeowners had returned and taken possession of the home and the cats.

The cause of the fire is under investigation, but investigators have ruled out arson, said Nobel.

The house is two doors down from the Main Street eatery Duza’s Kitchen. No one was at the restaurant, which opens Thursday through Sunday.

The house is between the Romance Cottage, a short-term rental, and Alpine Country Urologic Associates.

Nobel explained that firefighter safety standards require no fewer than 15 to fight a structural fire. That leaves a reserve force to mount a rescue if necessary.

No Rim Country fire department has that many firefighters on duty at any time, which makes the mutual aid agreements among departments vital to tackling any structure fire.

“The region really came together to support the response. We appreciate it,” said Noble.