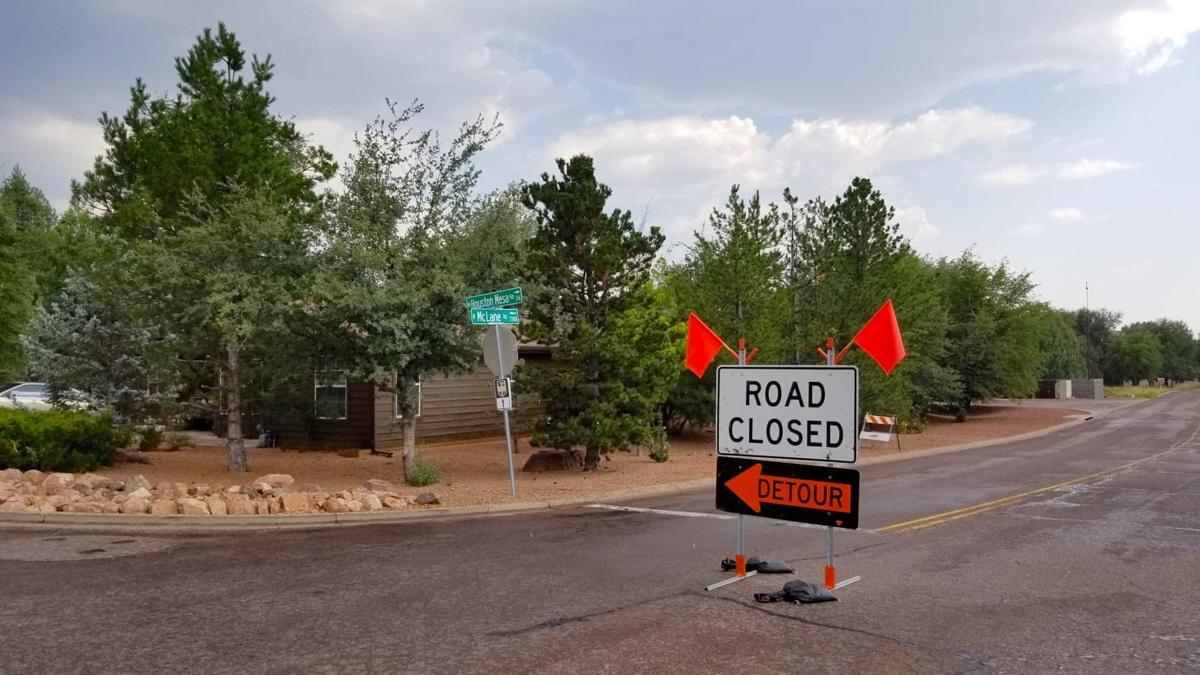 This intersection is the only way for residents living behind the Home Depot to get to Hwy. 87 and Payson. 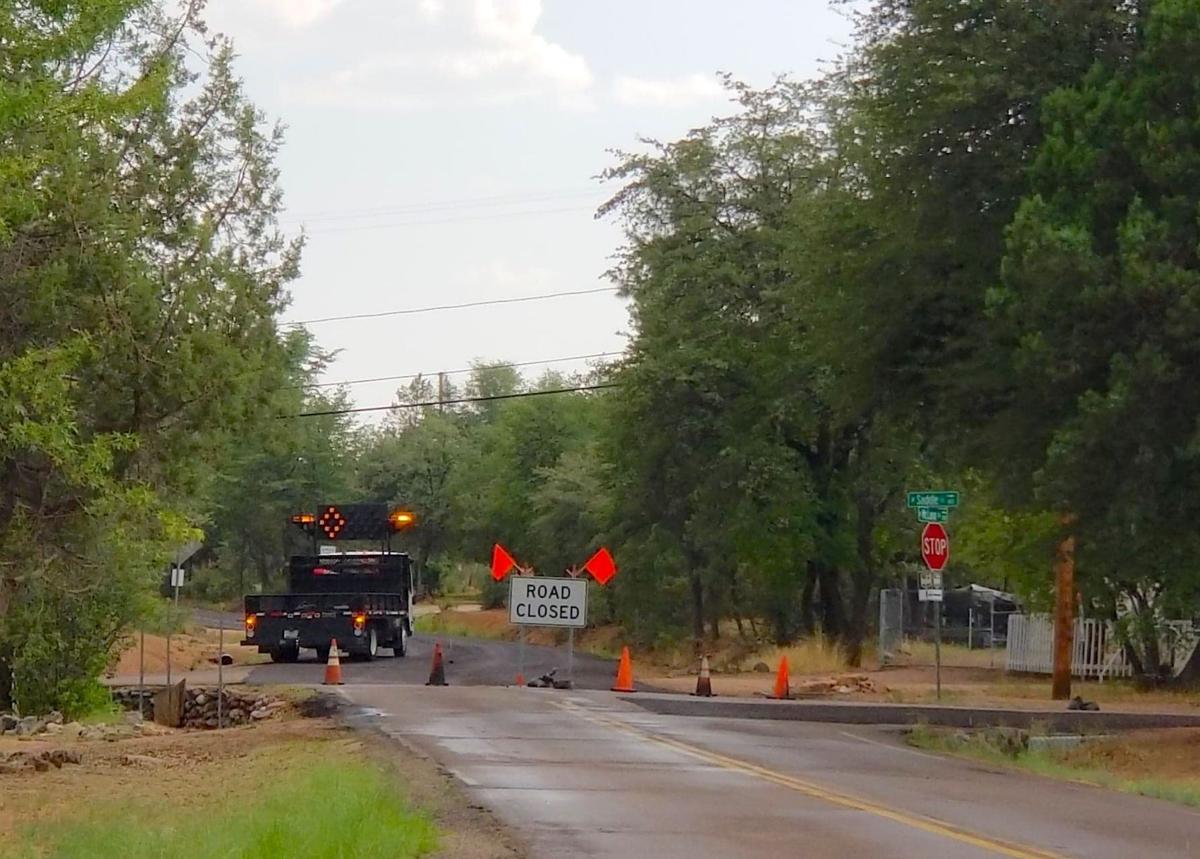 Residents living in the Payson Ranchos and Payson Pines subdivisions had to snake around neighborhood streets to find an access road to and from Highway 87 on Aug. 27. North McLane Road, the main traffic artery, was closed for the town’s slurry seal project, but many residents were not notified in advance. 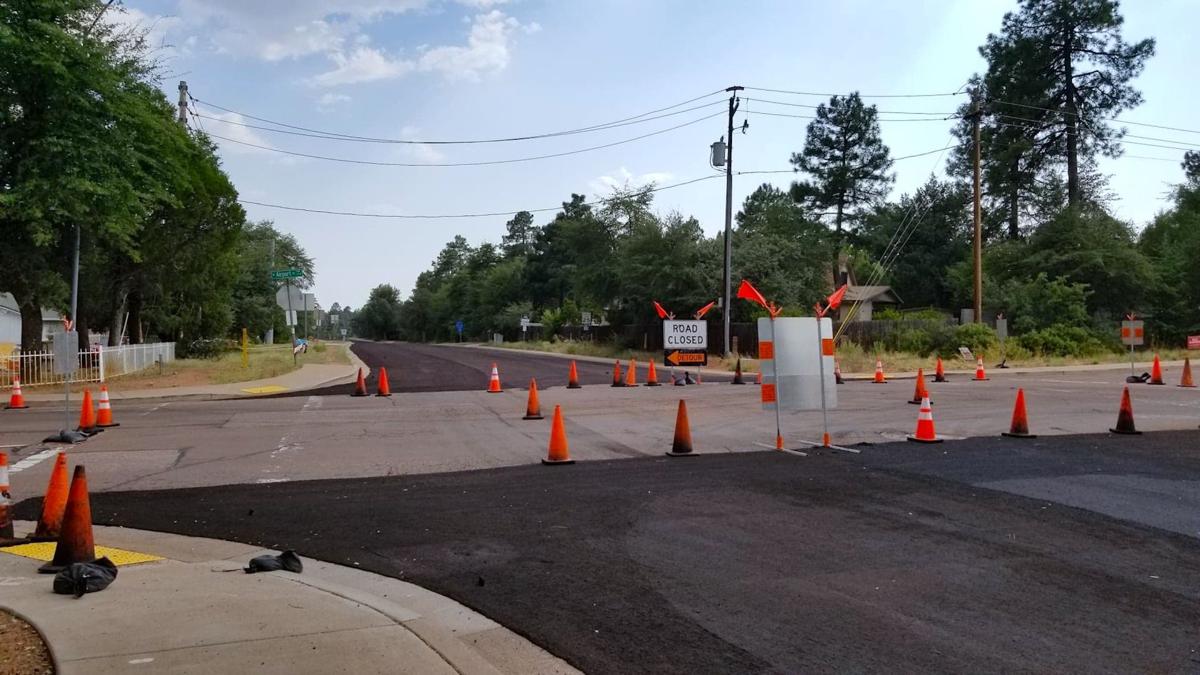 The Airport and McLane roads provide access to Hwy. 87 for residents that live up by the airport and in the Payson Ranchos area.

Under the old saying “no good deed goes unpunished,” the company hired by Payson to resurface streets tried to speed up the schedule on Aug. 27 but found that didn’t work out so well.

“I’ve had calls about it all day,” said Nicole Adams, the point person in Payson’s Town Hall for all complaints about street work.

But she also experienced it when the street closures made her late getting her daughter to day care.

Adams explained Ace Asphalt found itself a day ahead of schedule, so it decided to condense its normal two- to three-day notification process to 24 hours.

Nicole can testify that only upset people after listening to numerous complaints from Payson Ranchos residents.

Usually, homeowners directly affected by street resurfacing will receive a hand delivered notice at their home 48 to 72 hours before the street closes.

“It’s for those who will not have access to get out of their driveway,” said Adams.

For those who live nearby and use the roads on a daily basis, however, there is no notification process currently in place, said Adams.

The town did publish a large map earlier this year with areas colored in to delineate estimated dates for resurfacing work, but Adams said so many things can alter the schedule — equipment failure, weather, accidents — street work can only be scheduled on a week-by-week basis.

Adams receives a schedule at the end of each week to prepare for the upcoming week of notifications, traffic control and resurfacing work.

All that fell apart on Aug. 27, when residents who lived near Saddle and other Payson Ranchos roads couldn’t use McLane, the fastest route to get to the 87/260 interchange.

Instead, McLane was closed at Airport Road and down to Houston Mesa Road behind Home Depot. This required locals to choose from a maze of backdoor neighborhood roads to either get out to Highway 87 or get to their homes.

West Johnson Drive from McLane and all of North Saddle Blanket Drive.

Resurfacing will cross McLane on this date to include the streets of West Roundup Road, West Saddle Lane, and North Dogie Circle.

From McLane, West Corral Drive through to West Saddle Lane.

West Houston Mesa Road, the main artery for the development northwest of Home Depot will be resurfaced on this day. Look for detour signs.

West Airport Road — another main artery, will be resurfaced.

West Airport Road will be resurfaced.