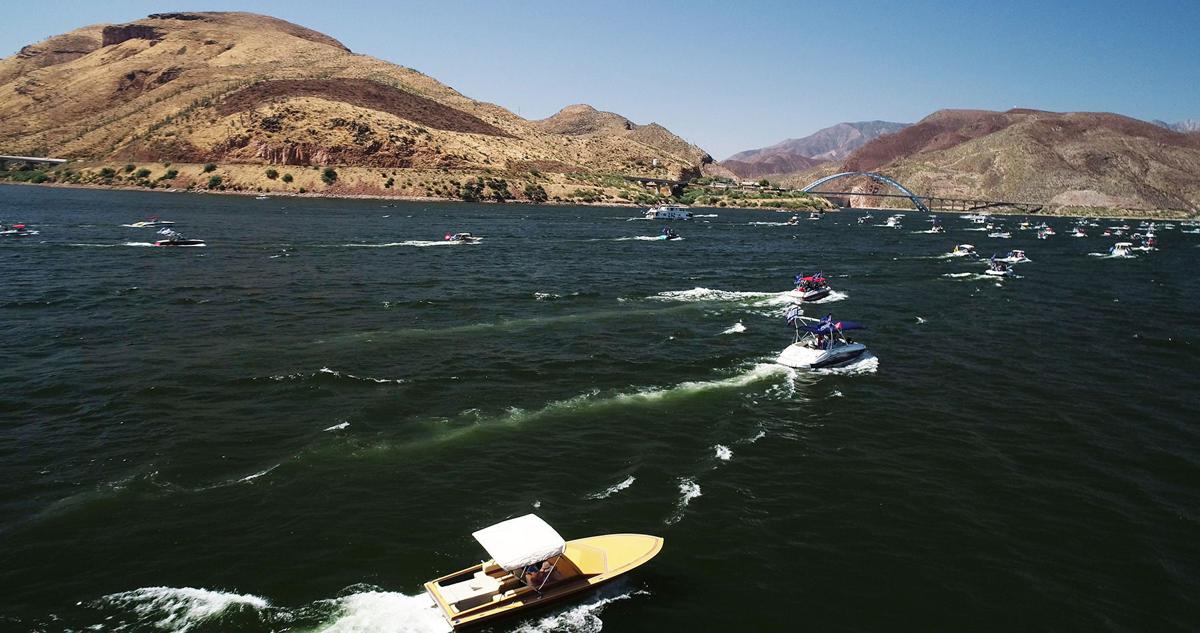 On Saturday, Trump supporters took to Roosevelt Lake to take part in a boat parade.

About 200 boats participated, heading out across the lake from the marina, according to Tonto Basin resident Randy Roberson, who took drone footage of the event.

“Not sure who organized it as it was done very quickly with very little promo,” he said. “I was surprised to see so many boats decked out with flags, etc. Very smooth event with no protests or other nonsense.”

Similar boat parades have taken place across the country.

On Lake Travis in Texas at least four boats sank during a Trump Boat Parade Saturday.

Lt. Tim Scott with the Gila County Sheriff’s Office said there were no issues with the event held at Roosevelt Lake.