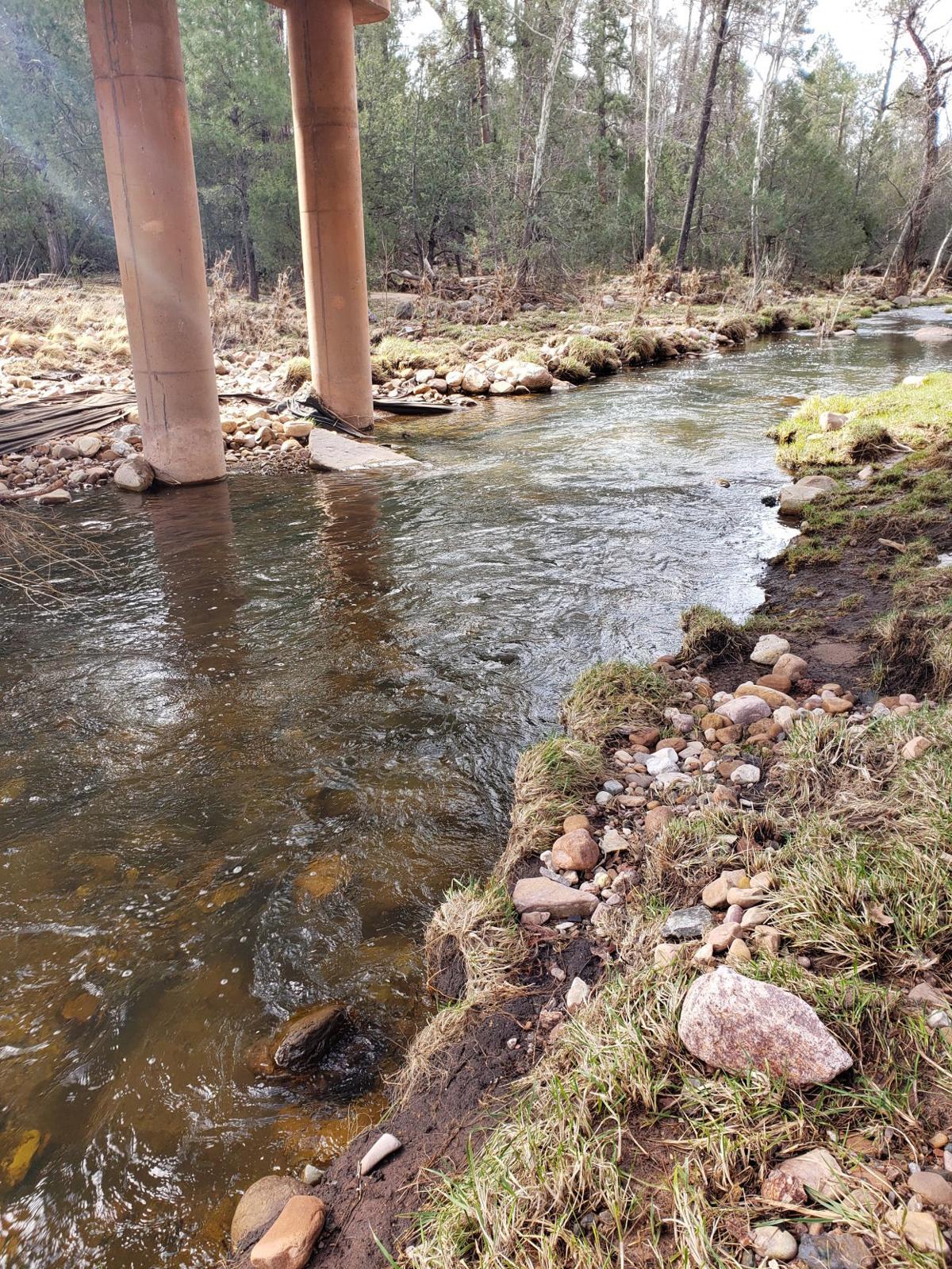 Don’t overlook the shade provided by bridges during the summer at Third Crossing on the East Verde River. Trout can often be found there. 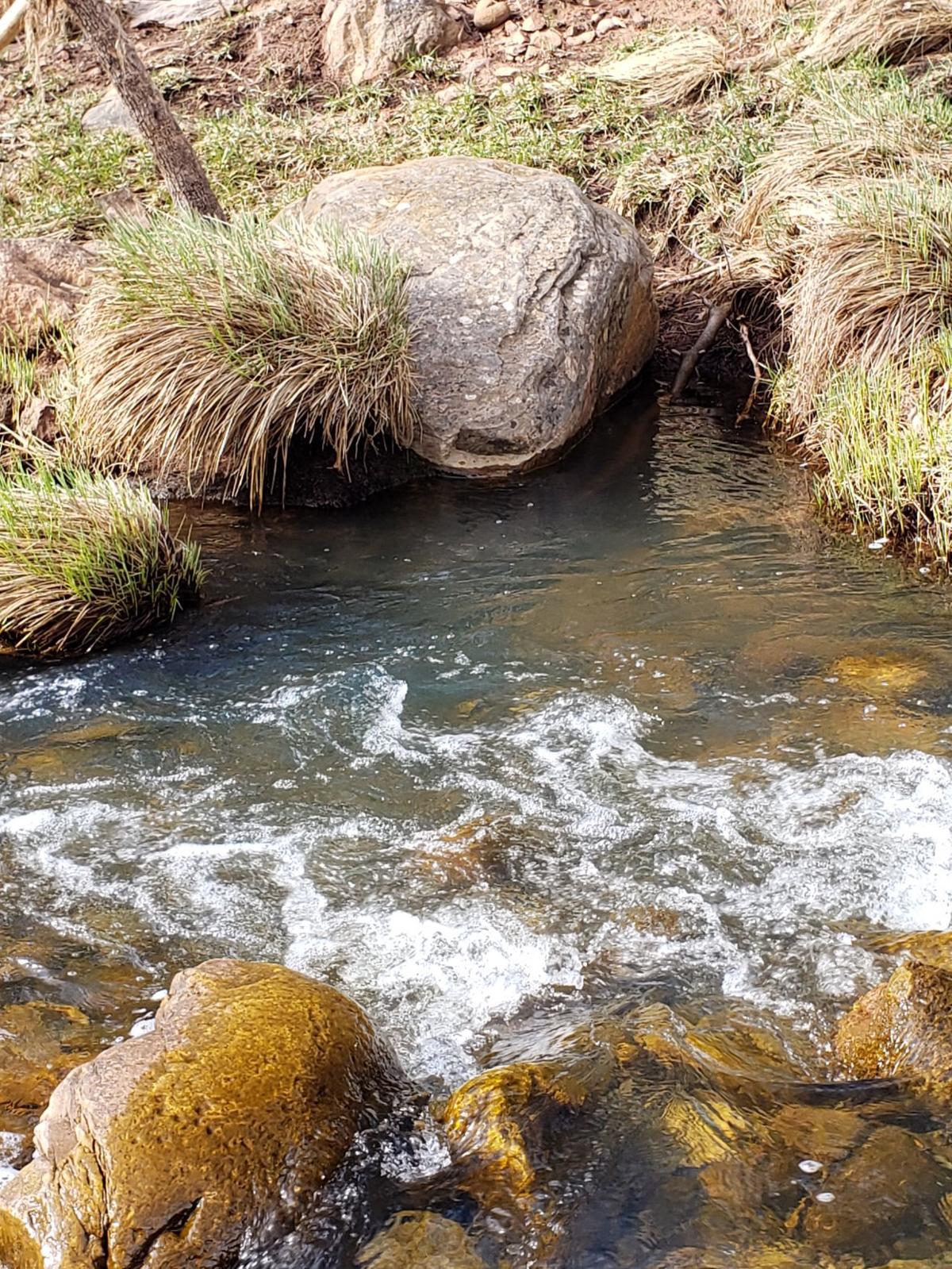 An ideal spot for a trout at Second Crossing on the East Verde River. Great cover and a good current to bring food while hiding. 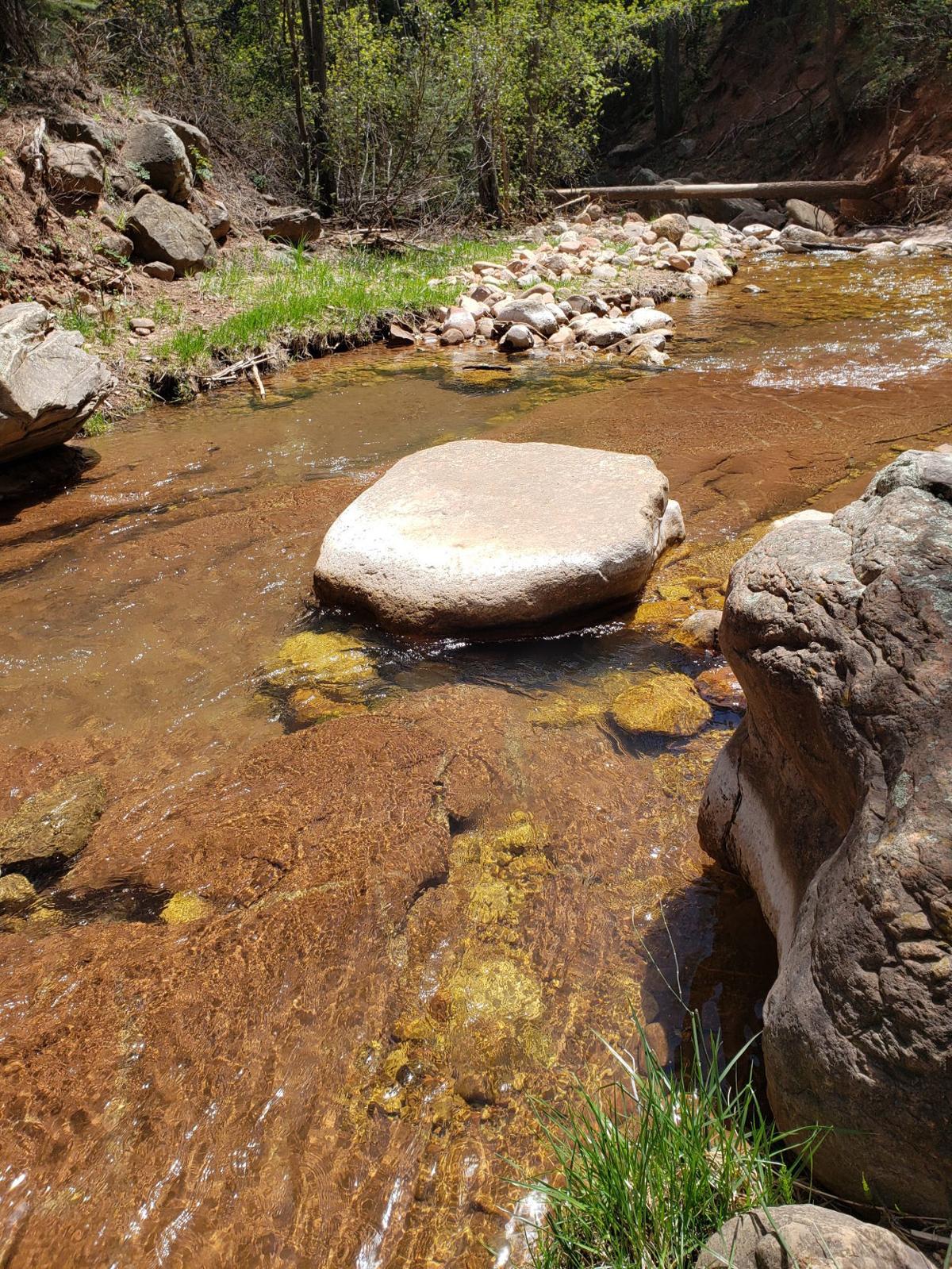 This rock on Christopher Creek was the only shade in this pool. A trout grabbed a fly drifted down into the shade of the rock.

Don’t overlook the shade provided by bridges during the summer at Third Crossing on the East Verde River. Trout can often be found there.

An ideal spot for a trout at Second Crossing on the East Verde River. Great cover and a good current to bring food while hiding.

This rock on Christopher Creek was the only shade in this pool. A trout grabbed a fly drifted down into the shade of the rock.

I really didn’t intend to do any fishing! Instead, I needed to check out spots to take my 4-year-old granddaughter to look for aquatic insects and crayfish later in the week. So I stopped by First Crossing, Water Wheel and Second Crossing on the East Verde River to dip my bug net in the water and look for likely wading areas for Addi. I found several good locations that had bugs, small crayfish, and would be fun for her to explore.

Even though the river was relatively low, I found trout at each stop. Not having the “pressure” of a fly rod in hand allowed me the opportunity to observe quietly and see how they moved about the now shallower pools than were in the river a few months ago.

The water was cool enough for them, as it was clear that they were quite active. Instead of setting up feeding locations in areas of the pools that would seem to provide the best conveyor belt of food to come down the current, the trout were much more concerned about cover.

They often would hug a rock or a branch in the stream and only come out occasionally to feed, or better yet wait for bugs to be delivered to them in their hiding location. They also preferred shady sections of the pools or areas completely covered by overhanging bushes. Their first concern in shallow water conditions was to not be seen by predators and avoiding the sun.

After I had figured out where to take Addi bugging, my need to fish re-emerged. For those who don’t know me, I always have my fly rod rigged up and ready to go in my car. I found a pod of about 15 trout in a large pool. The trick was that only one or two fish were ever actually feeding at any given time. Most were occupied with chasing each other out of preferred locations, ducking under rocks for shade, or even facing downstream and clearly not feeding.

On the East Verde, I often use a rather large beadhead fly (size 12-14) as the dropper and a smaller midge as the trailer under an indicator. This time, all that set-up did was scare fish. Even though I was careful to lightly drop my rig into the pool, it was clear that it left too big of a splash. I also noticed fish move out of the way of the big fly as it drifted downstream.

This kind of problem solving is fun to me. There were still one or two fish feeding regularly. I simply had to figure out which fish to carefully cast to. I changed my rig by adding a longer tippet section, two smaller flies, and no indicator. This also had the advantage of resting the fish that had been turned off by ineptness a few minutes earlier.

I like to use wet flies more often than dry flies so the indicator is generally critical to upstream casts to know where the flies are and if a fish has grabbed a fly. I also like to provide a bit of movement to my drifting flies to match how the real bugs float down the stream. That movement means that I can have a bit of a tighter line on my drifting flies so I can track their movement through a hole and react to a fish that picks up the fly. That approach worked and I started catching fish!

Certainly a rig of a dry fly dropper and a small midge trailer would likely have done the trick too as it has for me many times in the past. In fact, the dry and midge rig is a typical set-up that I use on Canyon Creek. Unlike the East Verde River or Tonto Creek, the lower section of Canyon Creek often has enough open space to lay out fairly long overhand casts. These longer casts can be important on Canyon Creek in shallow water conditions as the brown trout are very wary of your approach along the stream. Staying out of their view is critical.

Even during summer conditions when the fish are extremely skittish, I use a downstream approach much more than most other fly fishers. I don’t have the flexibility or desire to be down on my hands and knees anymore, but I use bushes, tall grass, and trees to conceal my profile. Sometimes casting from above the fish is the only way to get a fly into a particular hole. If you can drop the fly in well upstream of the fish and release line down to the feeding trout, the fly is the first thing the fish will see and will often result in a strike.

Summer fishing is certainly tougher than spring fishing, but can be successful if you consider the needs of the fish under these tougher water conditions and adjust your approach.