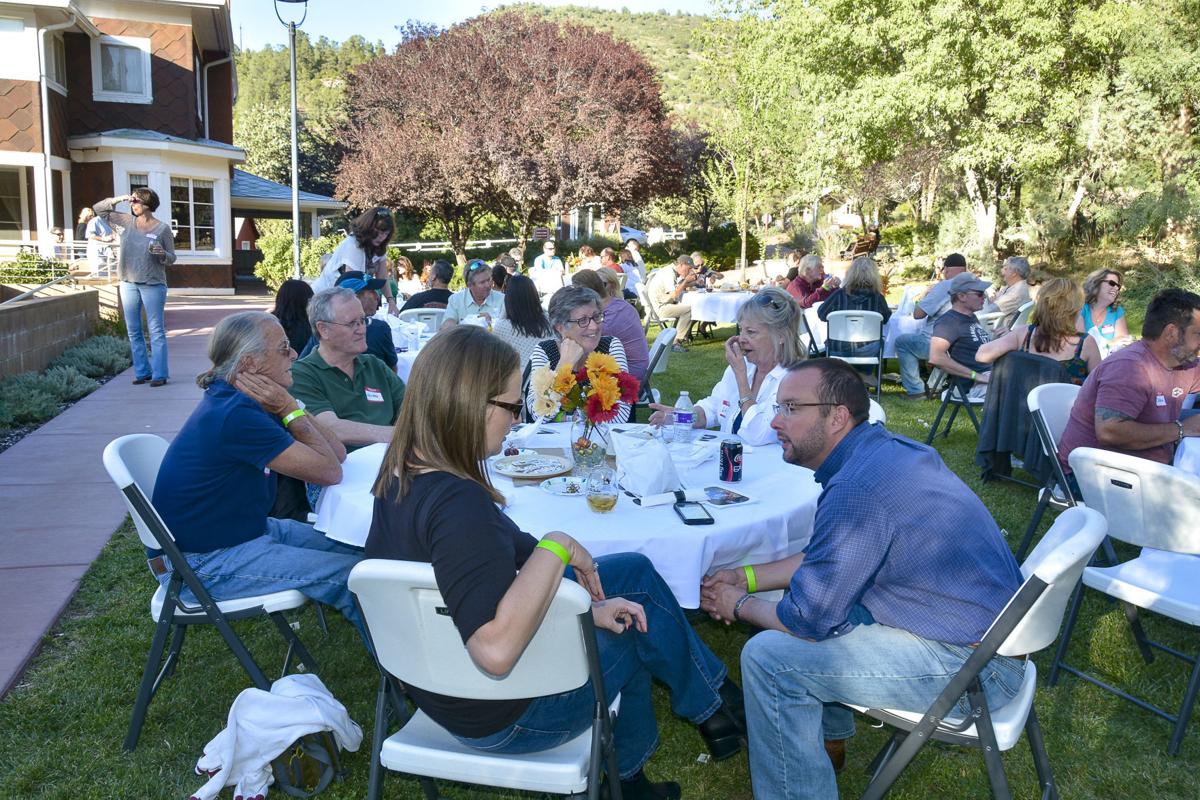 The Taste at the Bridge event oversold this year, but organizers took it in stride. The money will be used for upgrades to amenities such as picnic tables and bathrooms. 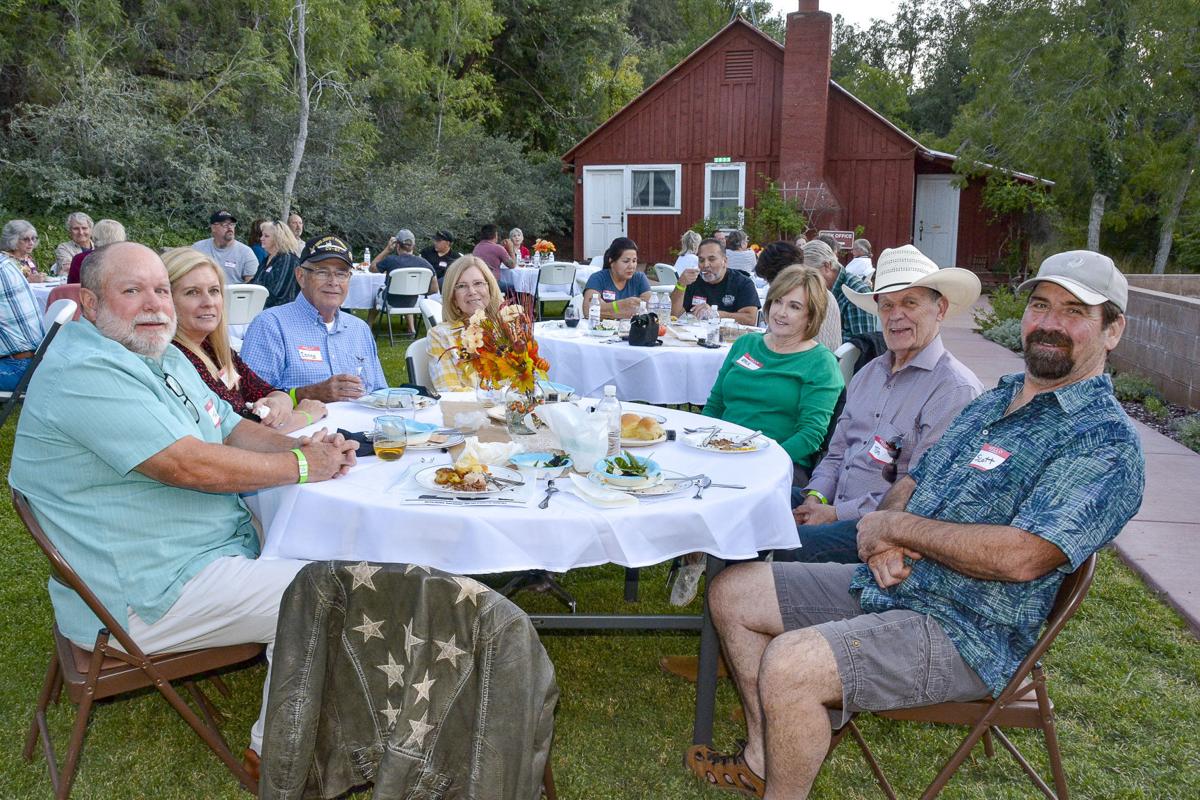 Scott Helmer, owner of Rim Country Guns and a donor to the event, sits next to Payson Mayor Tom Morrissey and a tableful of friends at the Taste at the Bridge event. 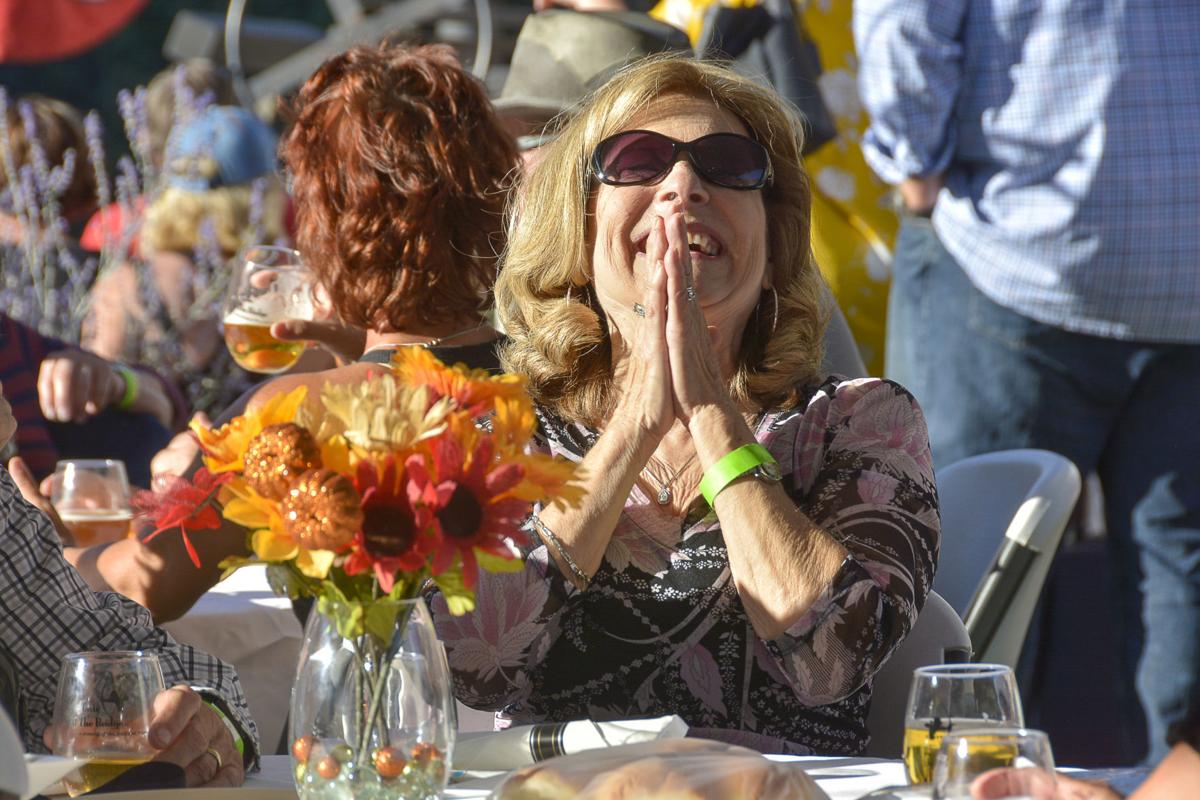 There were lots of laughs at the 2019 Taste at the Rim as community members shared stories, good food and drinks to celebrate one of Rim Country’s jewels — the Tonto Natural Bridge.

The Taste at the Bridge event oversold this year, but organizers took it in stride. The money will be used for upgrades to amenities such as picnic tables and bathrooms.

Scott Helmer, owner of Rim Country Guns and a donor to the event, sits next to Payson Mayor Tom Morrissey and a tableful of friends at the Taste at the Bridge event.

The community has fallen head-over-heels in love with the annual Taste at the Bridge fundraising event.

Linda Hamman, president of the Friends of the Bridge organization, took the news that the event had oversold with calm grace.

As she talked about the history of the event (it started in 2009), volunteers constantly interrupted to ask where more tables and chairs, utensils and baskets of bread could be found.

“The Friends of the Bridge purchased many of the tables and chairs we use for weddings and events,” she said.

On average, the event nets the Friends of the Bridge about $15,000, said Hamman.

With those funds, the Friends have made many improvements, including the entrance sign near the highway, new gazebos, picnic tables and restrooms.

Ten years ago, no one could have guessed the event would turn into something so popular. Back then, during the recession, the state threatened to shut down the park. The community would hear nothing of it.

“A group of friends got together and formed the Friends of the Tonto Natural Bridge,” said Hamman.

Community members offered to man the gate, raise funds and do whatever it took to keep visitors coming to the park.

They have succeeded beyond anyone’s dreams.

“They’re up to $150,000 in revenue per year,” said Hamman. “They’re open seven days a week. Some estimates say the bridge brings $9 million in economic activity to the community in restaurant, shopping and lodging receipts.”

For many, a visit to Rim Country isn’t complete without touring the largest travertine bridge in the world.

For locals, adding the Taste at the Bridge to their yearly social calendar rounds out what it means to live in Rim Country.

Take Barb and Tim Holtzen for example. Barb has lived in Rim Country on and off since the 1980s.

She used to run the garbage company that used the skunk as its mascot.

“I would dress up me and my kids in skunk costumes for the Rodeo Parade,” she said.

The Natural Bridge was an integral part of the community.

She and her husband, who she met in Rim Country and married later in life, came to support the bridge and enjoyed seeing neighbors and visitors at the event.

“This is great,” said Barb. “It’s such a beautiful setting.”

Local photographers, including Pia Wyer and DJ Craig, organized by board member Bob Hershberger, donated photos for the auction.

“The Friends group, the money that they raise is so important,” said board member Gary Tackett as the sun set on another beloved community event.

Taste at the Bridge 2019 Photo Gallery