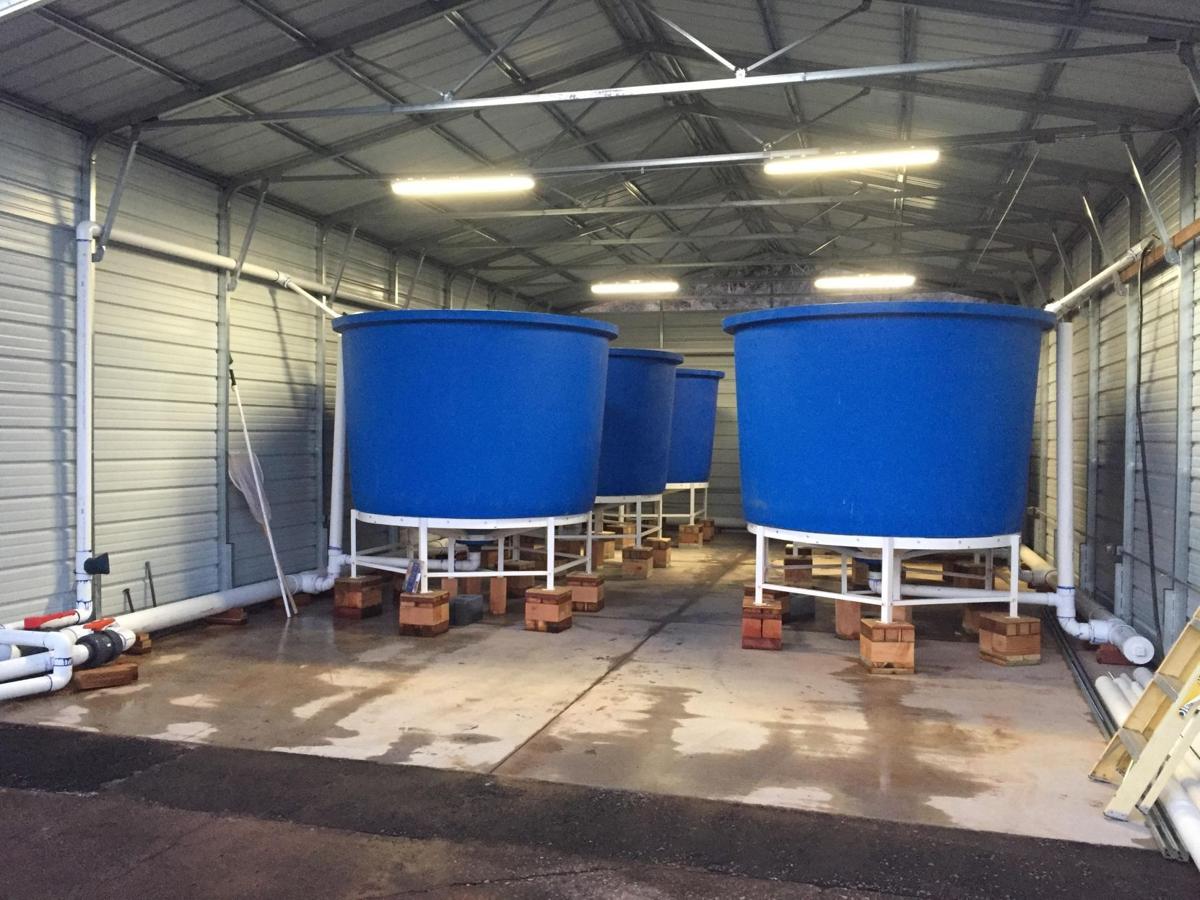 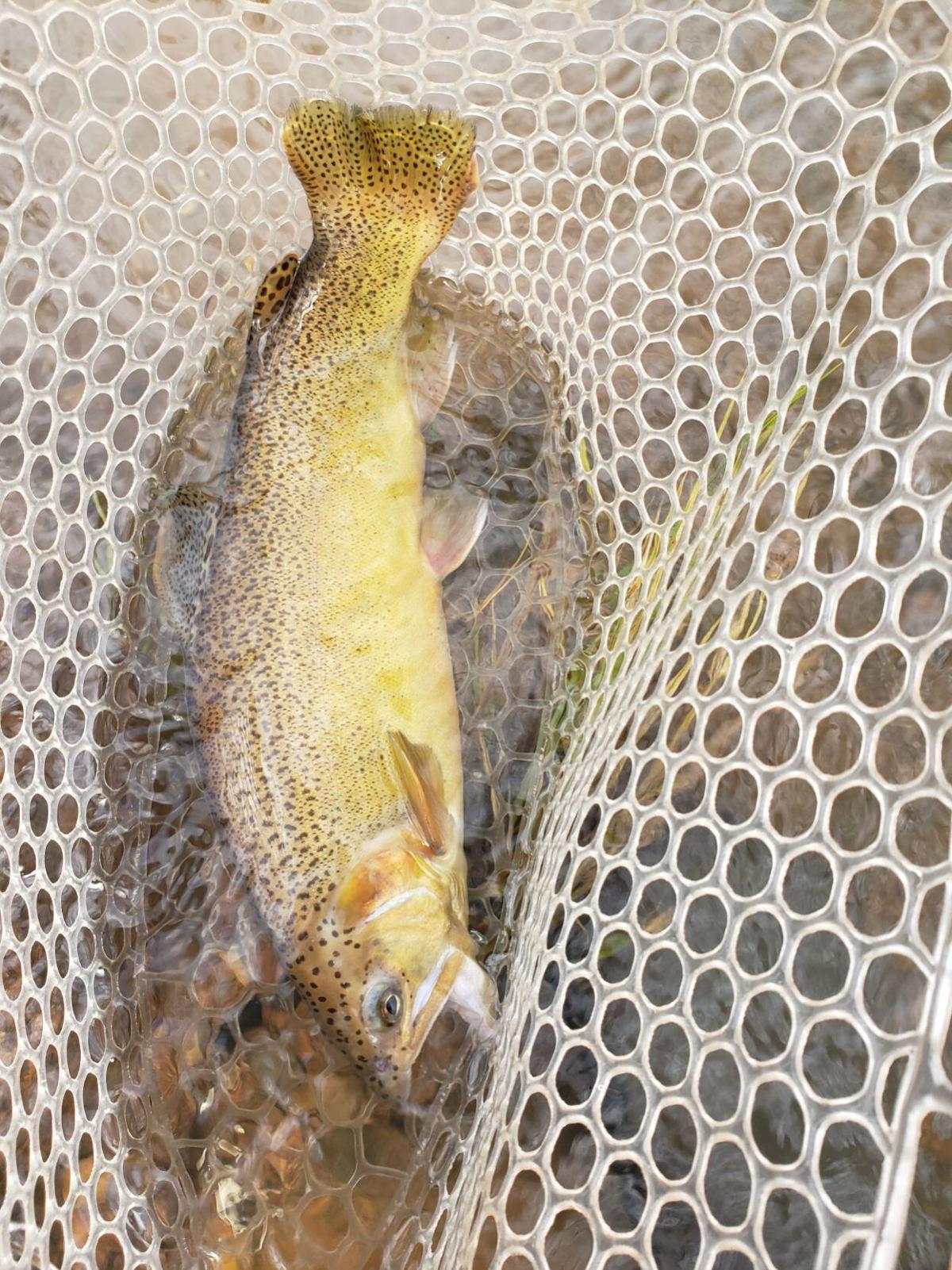 Gila trout have once again been returned to the East Verde River thanks to volunteers, local hatcheries and the Arizona Game and Fish Department. The pin (at left) and a similar patch are provided by Payson Flycasters Club/Gila Trout Chapter of Trout Unlimited to those that donate to the Canyon Creek Hatchery Gila trout program. 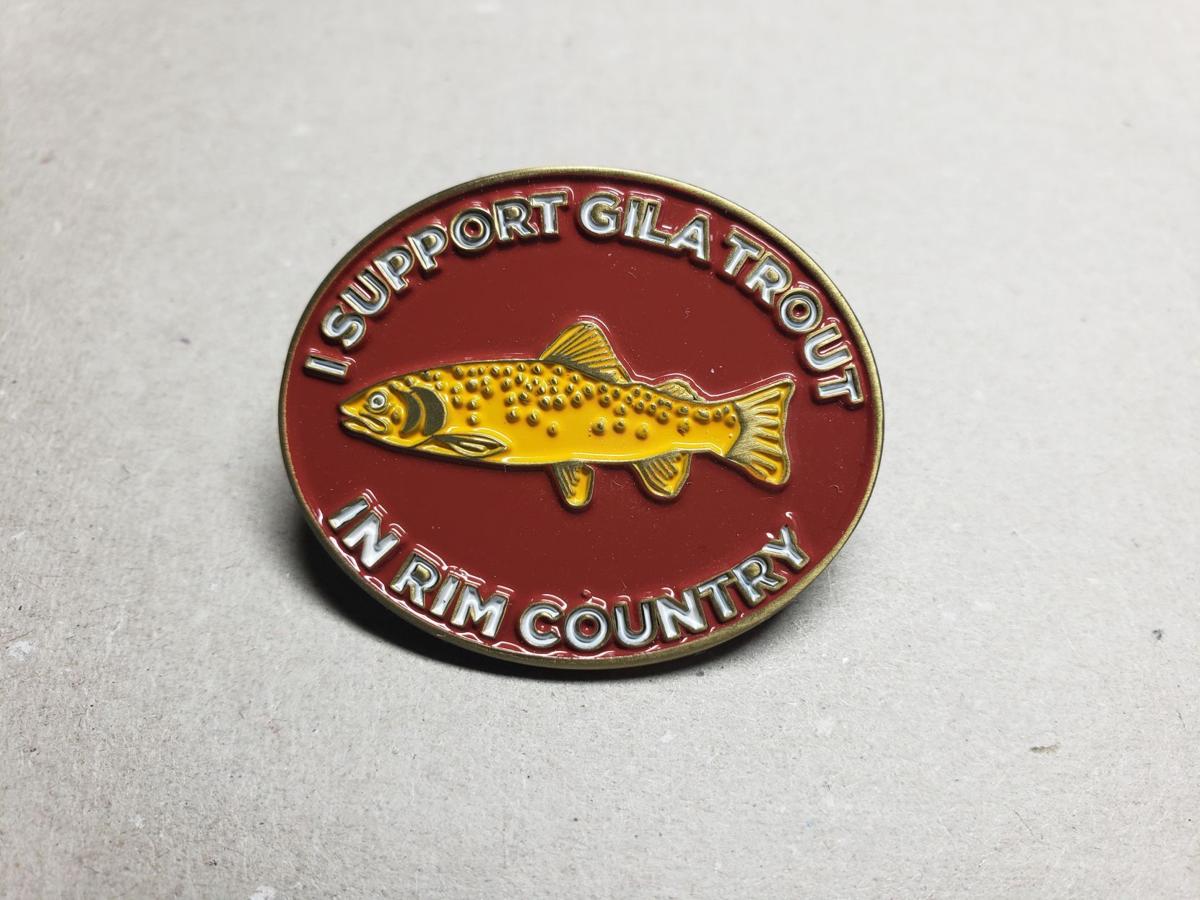 This pin and a similar patch are provided by Payson Flycasters’ Club/Gila Trout Chapter of Trout Unlimited to those that donate to the Canyon Creek Hatchery Gila trout program.

Gila trout have once again been returned to the East Verde River thanks to volunteers, local hatcheries and the Arizona Game and Fish Department. The pin (at left) and a similar patch are provided by Payson Flycasters Club/Gila Trout Chapter of Trout Unlimited to those that donate to the Canyon Creek Hatchery Gila trout program.

This pin and a similar patch are provided by Payson Flycasters’ Club/Gila Trout Chapter of Trout Unlimited to those that donate to the Canyon Creek Hatchery Gila trout program.

Fly fishers can be a bit obsessive. We are known to tie flies that are almost too small to see on the end of our line to fool very selective fish. We are always trying to make the perfect cast that drops our fly lightly on the water to elicit that anticipated strike. But probably at the top of our list of obsessions is our fondness for trout.

As trout lovers, what we never would have imagined was the possibility that the East Verde River would become a stream designated for recreational stocking of Gila trout, one of the two native trout of Arizona. Because these fish are so beautiful and such a blast to catch, I suspect that the members of the Payson Flycasters Club/Gila Trout Chapter of Trout Unlimited (PFC/GTTU) probably spent most of our fishing time this summer on the East Verde River.

That Gila trout are in the river is because of the vision of the Arizona Game and Fish Department (AZGFD), and the tremendous efforts by the Canyon Creek Hatchery (CCH) staff to raise these challenging native trout.

Unlike rainbow trout that have been raised in hatcheries for about a century, Gilas still keep quite a bit of their wildness in the hatchery setting. Even as fry and fingerlings, they panic when staff approach to feed them or clean their tanks. The CCH staff learned that to calm these fish down and get them to eat properly so they would grow quickly, they had to treat them like wild fish.

That meant that they had to devise ways to provide cover for the fish, as well as clean the tanks and feed them with minimal human contact. This may seem like a lot of trouble compared to the much more manageable rainbow trout; but to anglers that appreciate fish that act wild as soon as they are stocked, that is exactly the fish we want to be raised in our hatcheries.

To add an even greater burden to the task, CCH has undertaken a remarkable goal that they will realize this spring when they will have successfully reared eggs from Gila trout broodstock on-site. These fish are being produced with the express purpose for recreational fishing. Once the program is up and running, AZGFD hopes to stock other waters besides the East Verde River with these native Arizona trout.

Because these fish require specialized care and equipment, some additional purchases are needed that are outside of the allocated budget provided to all hatcheries.

So far, they have used donations for:

• Barrels of hydrogen peroxide for medical treatment of broodstock

• Replacement components for automatic belt feeders to extend the life of existing feeders, including the mechanical clock mechanism that ensures they spread feeding over a 12-hour period

• Fish culture tools for each tank to avoid contamination between tanks

• Formalin to treat eggs during the first stages of incubation

With the state of Arizona budget severely affected by COVID prevention and recovery costs, AZGFD cannot access funds that have been targeted for hatchery renovations. This program, just getting off the ground, can’t afford any delays. Our organizations plan to continue to support the Gila trout program.

Do you love catching Gila trout? Do you appreciate the economic benefit that this trout brings to our community as anglers travel from across the state and country to catch a Gila trout?

Visit www.paysonflycasters.org to find out how you can help the Gila trout program at Canyon Creek Hatchery. Receive a ‘I support Gila trout in Rim Country’ pin or patch if you donate more than $25.