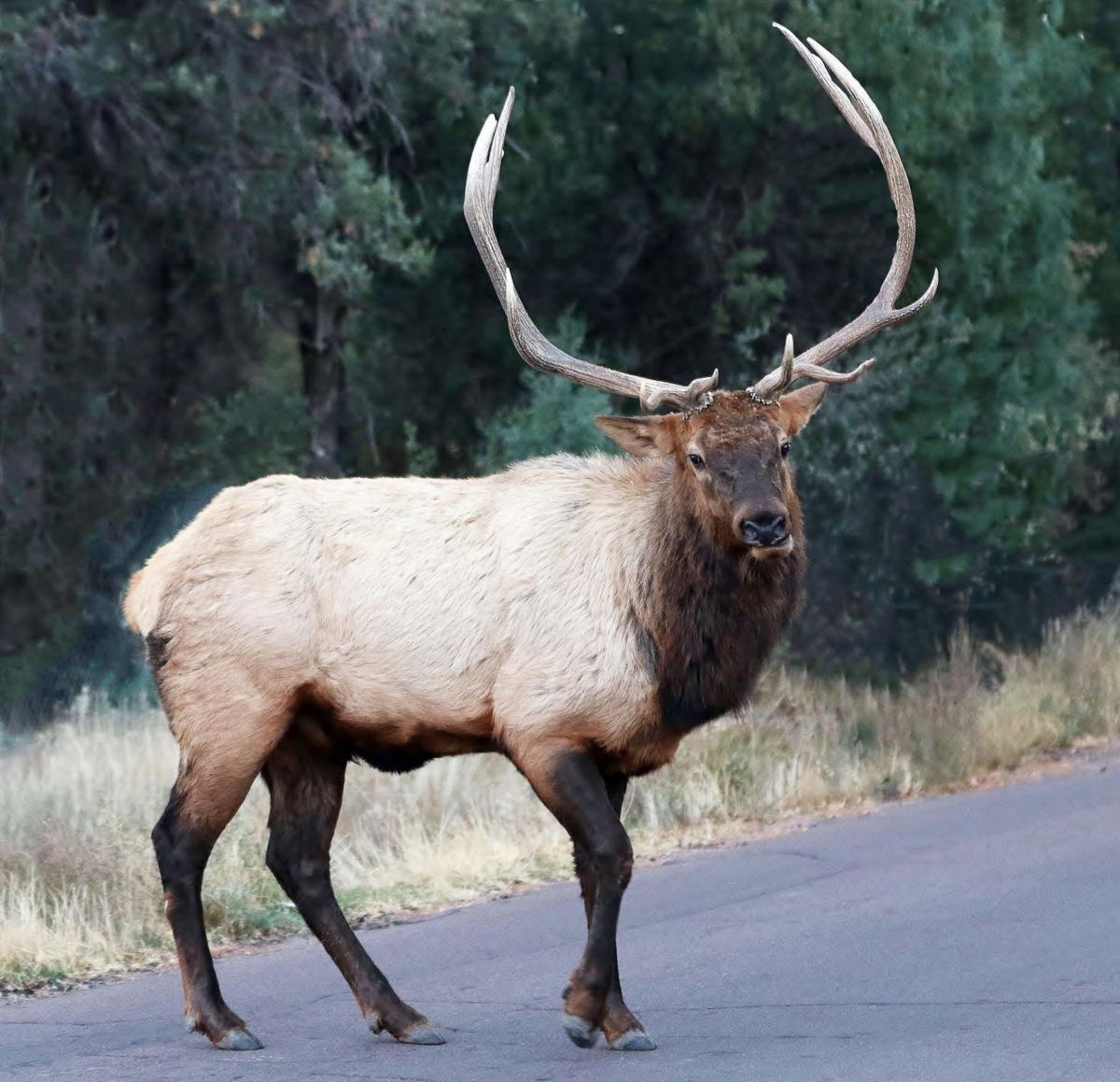 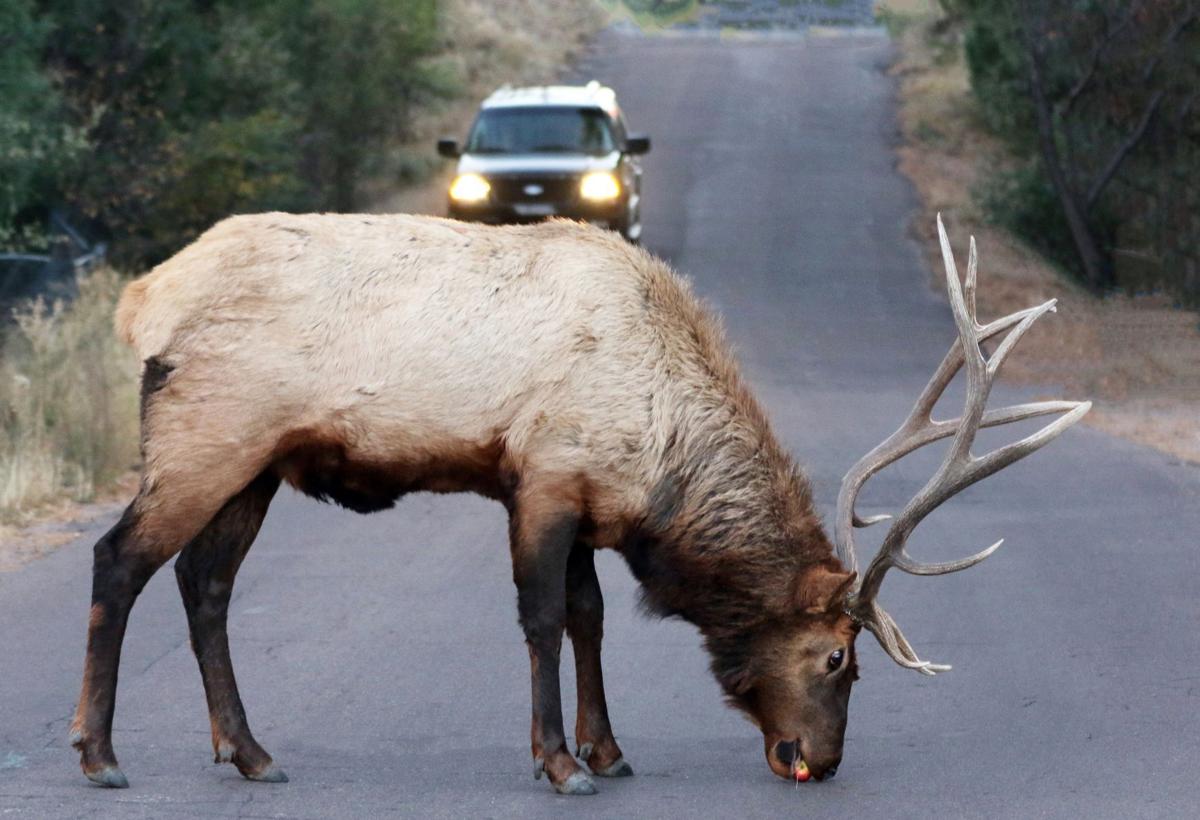 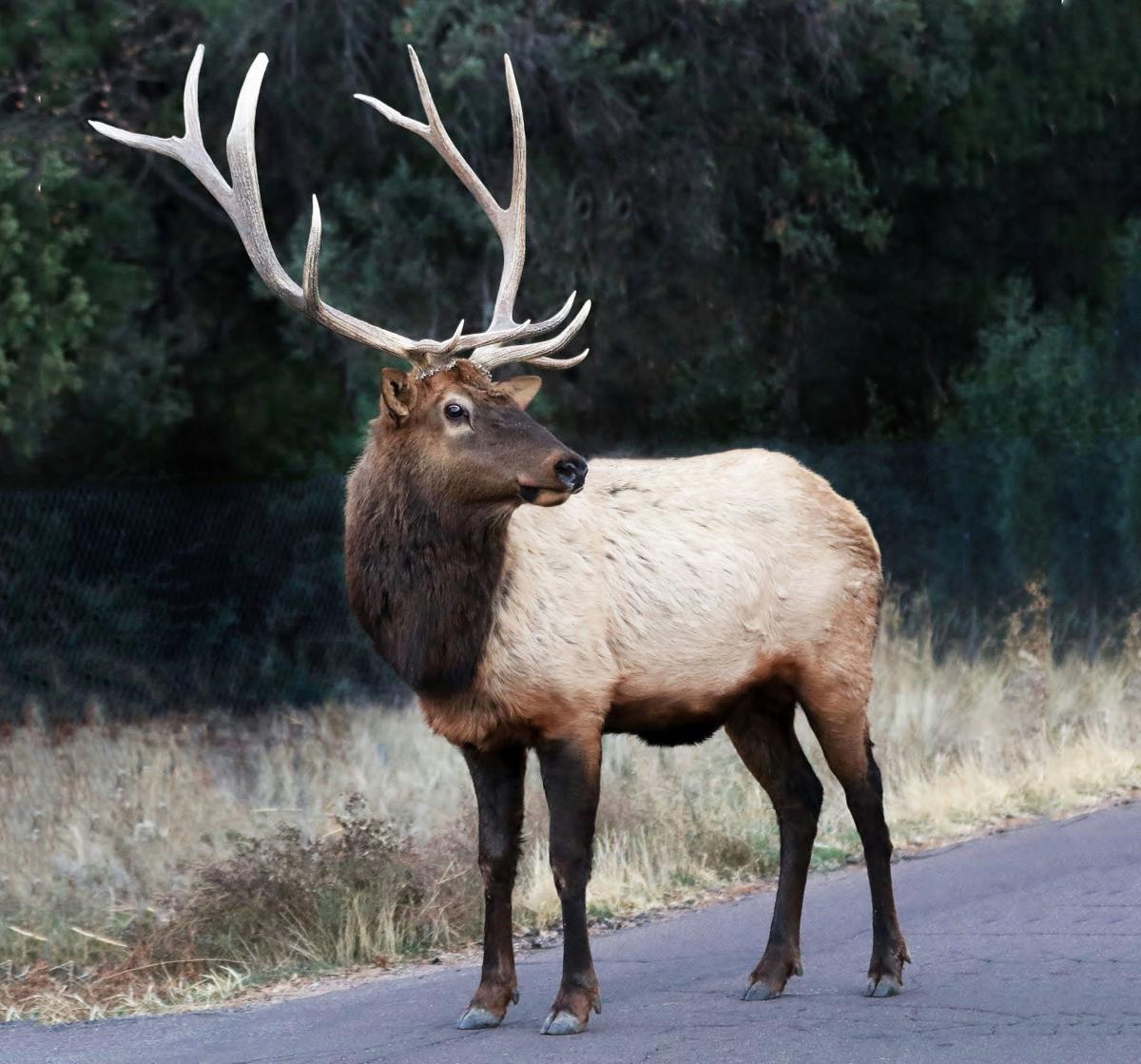 Big Ben was last seen nearly four months ago by DJ Craig. He was spotted on Thanksgiving near Cherry Street eating with two of his buddies.

Big Ben was last seen nearly four months ago by DJ Craig. He was spotted on Thanksgiving near Cherry Street eating with two of his buddies.

Remember the 1976 Irish rock group Thin Lizzy and their one-hit wonder, “The Boys Are Back in Town?”

Well, here in Payson we have our own “The Boys Are Back in Town” group. The bull elk have just started returning to our Payson neighborhoods, following their three-month vacation in the forest with the cows.

In late August of each year, the older cows form herds, some with up to 20 elk. These cow herds stay intact throughout the rut (mating) seasons during September and October. At the same time the cow herds are forming, the bulls are shedding the velvet from their antlers to prepare for the battles they will fight for the right to mate with the ladies.

During September through mid-November, we may see a stray spike bull or two roaming around Payson, and although I have heard the big boys bugling and seen them at Green Valley Park and on the golf course in the dead of night, it is highly unusual to see any of the big bulls within the town limits during the daylight hours during the rut season.

With the rut season over by early November, the elk cows join other herds again and the decreasing testosterone levels of the bulls nudge the boys to form their bachelor herds — as small as two to as large as a dozen.

For the last two-to-three years, my very favorite Payson elk to photograph is a bull I refer to as “Big Ben” — by far and away the most magnificent of the big boys in town. I’m guessing he is five to six years old (average lifespan of an elk in the wild is 8-12), must weigh close to a half-ton (he was getting quite chubby before the rut) and has the most impressive set of antlers of any bull in Payson.

It had been almost four months, well before rut season, when I last photographed Big Ben — as he moseyed west on Granite Dells Road, crossed through the Speedway gas station parking lot, then hunkered down on the Mount Cross Lutheran Church property. I feared that this big boy was a goner, lost to either a hunter’s bullet or arrow or maybe to the puncture of an upstart younger bull’s antler tines.

So what a thrill it was for Ann and I to see Big Ben again on Thanksgiving Day. We had been driving around Payson in late afternoon for the previous three weeks, hoping to see his return from the rut, though with no luck. But on this holiday Thursday, just before dusk, there he was, just a couple of blocks north of Banner hospital, along the side of Cherry Street with two of his buddies, doing what they always do — eat.

It’s said that bulls can lose up to 20% of their weight during rut season, as they spend most of their time defending their harems, having little time to relax and eat. And Big Ben certainly looks like he’s sleeker and lighter on his feet than when I saw him last August. And while the battles of rut season usually take their toll on most bull’s antlers, Big Ben had only the very tip of one of his 12 tines broken off during mating season.

If you see Big Ben, just remember when taking pictures of him or any other elk — even though they may seem tame-ish and they may feel very comfortable with you in their space — they are wild animals, they can move quick and people have been severely injured or killed by a charging elk.

So enjoy that the boys are back in town, but don’t get too close, have an escape route in mind and keep your vehicle close by so you can hop in if need be.