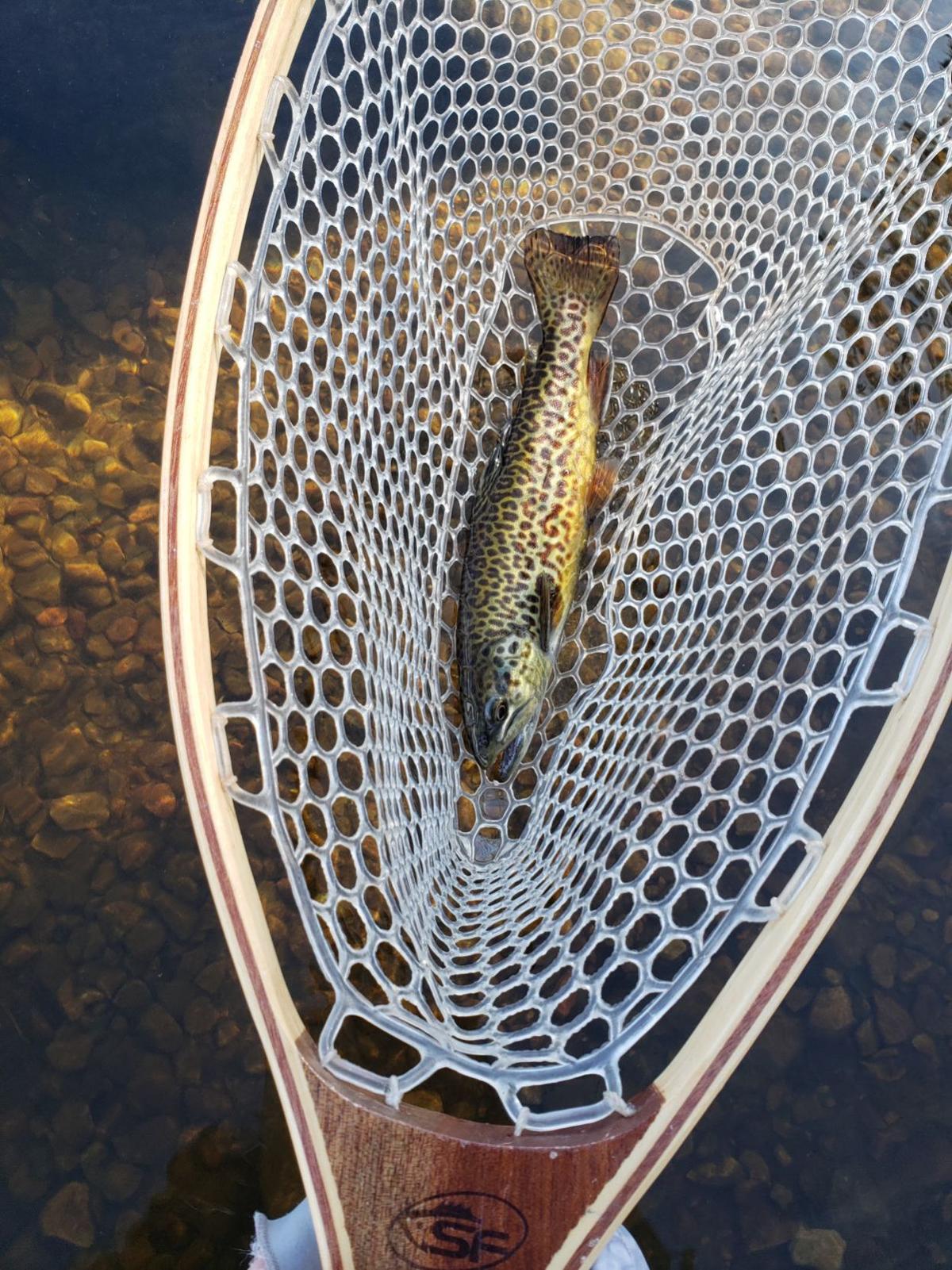 Every fall I count down the days until the end of October; not for Halloween, but in anticipation of when I can expect to catch tiger trout from shore at Woods Canyon and Willow Springs lakes.

For most of the summer, the tiger and rainbow trout have been largely out of reach with my fly rod. Trout are very temperature sensitive and for most of the season, they are at depths of 15 or more feet. As the water cools in the fall, they patrol the shoreline hungrily. This will continue in both lakes until the ice forms.

I have a particular fondness for tiger trout at this time of year because it seems like every time they grab my fly they are charging at full blast! Tiger trout are a non-reproducing hybrid brown trout and brook trout cross. The Arizona Game and Fish Department has been stocking them in both lakes for a few years now. Last year, my biggest tiger trout was just over 16 inches, so I am hoping to catch an even bigger holdover tiger this year. In other states where they have been stocked, anglers have caught some massive tigers. I hope that is something we can all look forward to in years to come; and a great reason to practice catch and release.

The aggressive nature of both the rainbows and the tigers in the fall means that I often provide a great deal of movement in my presentation. If I am using wooly buggers, that means that I will usually let the fly sink a couple feet and then start stripping it in rather quickly with small pauses between each strip. It is not uncommon to get a strike as soon as the fly hits the water, so be ready.

This technique works with beadhead flies as well, but sometimes the fish want a different approach. If they are deeper, I might use an indicator four or five feet above the fly. Again, sometimes the trout will hit the fly as it is sinking, but often a short strip with a several second pause works.

I am used to fish grabbing the fly on the pause, but tigers in particular will more often hit the fly just as it moves again. Bass fishermen would call this a reaction strike, as it seems the tigers just can’t let the fly try to get away.

Although I haven’t tried it because I don’t want to give up on the fly-fishing action, I am confident that spinners would result in the same jarring strikes and would be great to use this time of year.

There are other times that I have fished for tigers and a dry dropper and a midge trailer fly was the preferred setup. I am much less skilled as a dry-fly fisherman. By that I mean I often miss the strike. When I fish with dry flies on a lake, there is quite a bit of anticipation waiting for the fish to break the surface to grab the fly. I am used to a quick hook set as a wet fly fisherman, which leads to me pulling the fly away from the fish before it can grab it. Ideally, I will wait long enough for the fish to come up and grab my fly and start back down with it before I set the hook.

That is where the small midge dropper fly about three or four feet below my dry fly saves the day for me. Since I miss so often, it seems that the fish keeps swimming down and notices my midge that has moved as a result of the missed strike. I can’t tell you the number of times that I missed a fish on the dry, only to have it grab the midge on the way down.

At this time of year, you have to be willing to change flies often if they are not biting. Sometimes they will stop grabbing a fly that was working 15 minutes earlier. I will generally try a different size and color fly and also a different technique to see if that helps. If they are rising for dries, I’d certainly give that a try, but also consider using where they rose as a target for a wet fly if that is what you have on your line.

When they are rising for dries, they will sometimes move in a predictable direction and cadence so that you can have your fly waiting for the fish when it arrives.

The window for fall tiger and rainbow trout fishing is relatively short. Get to Willow Springs or Woods Canyon Lake in the next few weeks if you want to have some fun and perhaps catch your first tiger trout.